Standard skin track up West shoulder of Sunburst to 3300′. Observed two crowns on North aspect of Sunburst that likely happened mid-storm (1/13-14) as they were partially filled in with new snow.

Recent natural activity on North aspect of Sunburst, 2 crowns, 1-1.5' deep, both were along a sub-ridges and had more of a NW aspect, ideal for cross loading with a wind direction primarily from the ENE.

Overcast in the morning becoming obscured by 1:30pm. Winds started around this same time and were blowing from ENE, 10-20mph. Temps were chilly, ~15F.

New snow appeared to be bonding well with old snow interface. In lower elevations slab was so loose it fell apart with any pressure in hand pits. In upper elevations the only failure was in older weaker snow below an old wind crust on North aspects.

At 2500' from the skin track we noticed what looked like a crown partially filled in by new snow on a N aspect. The average depth in this area was between 16-30" (40-75cm.) We dug a pit on a NNW aspect, similar aspect and adjacent to the crown. HS=70cm, 30* slope. Tests failed 16"(40 cm) below the surface with moderate to hard force on a uniform layer of well developed facets (1.5mm.) Test scores showed conflicting results with propagation potential. CT13, ECTP17, ECTN22. This layer of facets was sandwiched between two old windslabs which were also faceting out. There was also an old melt/freeze crust sitting on the ground that was deteriorating with some very large facets 3-4mm in size.

Probed most of the way up the W shoulder of Sunburst. Depths slowly increased as we ascended and average around 90cm. Felt similar hard/weak layers as the pit we dug at 2500'.

At 3300' we noticed a second crown on a N aspect of Sunburst, this was also on the leeward side of a NW sub-ridge and this crown ran a few hundred feet towards some alders below. Could see some chunks of debris in the alders. We dug a pit off of the ridge just below the skin track. HS=30" (75cm) NW aspect, 32*. Below the new snow the it was very faceted by mostly right side up. The ground had 20cm layer of pencil hard melt/freeze crust and transition to 1F facets to 4F to Fist Facets with a thin layer of 1F hard wind crust that was the interface under the new snow. We did not have any notable test results. New snow and thin wind skin fell apart with increasing force. 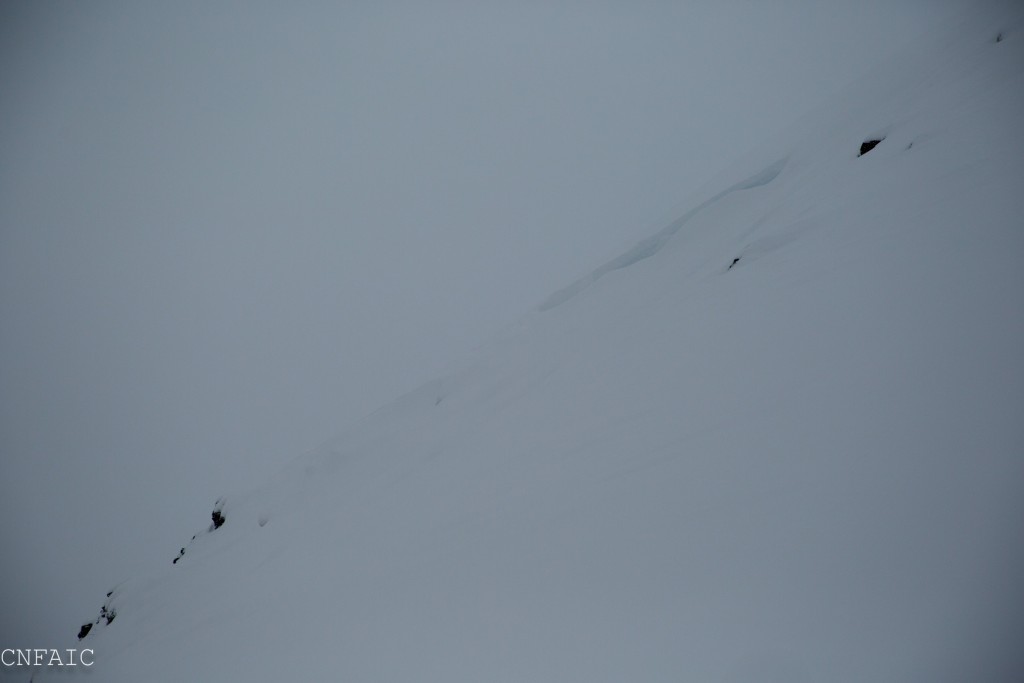 Partially filled in crown at 2500' 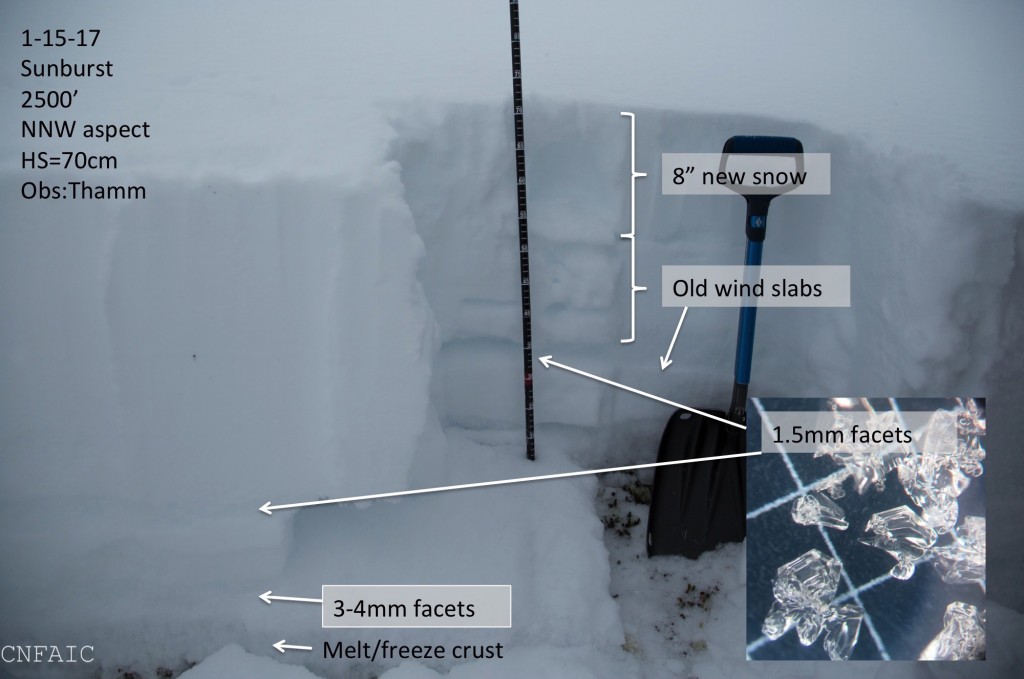 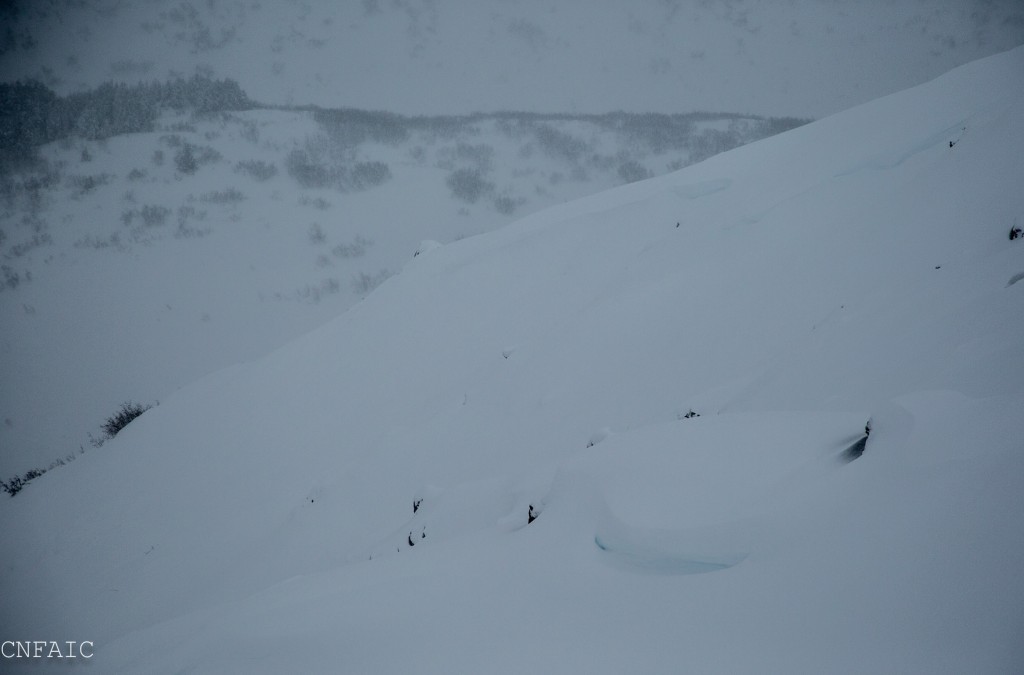 Partially filled in crown at 3300' 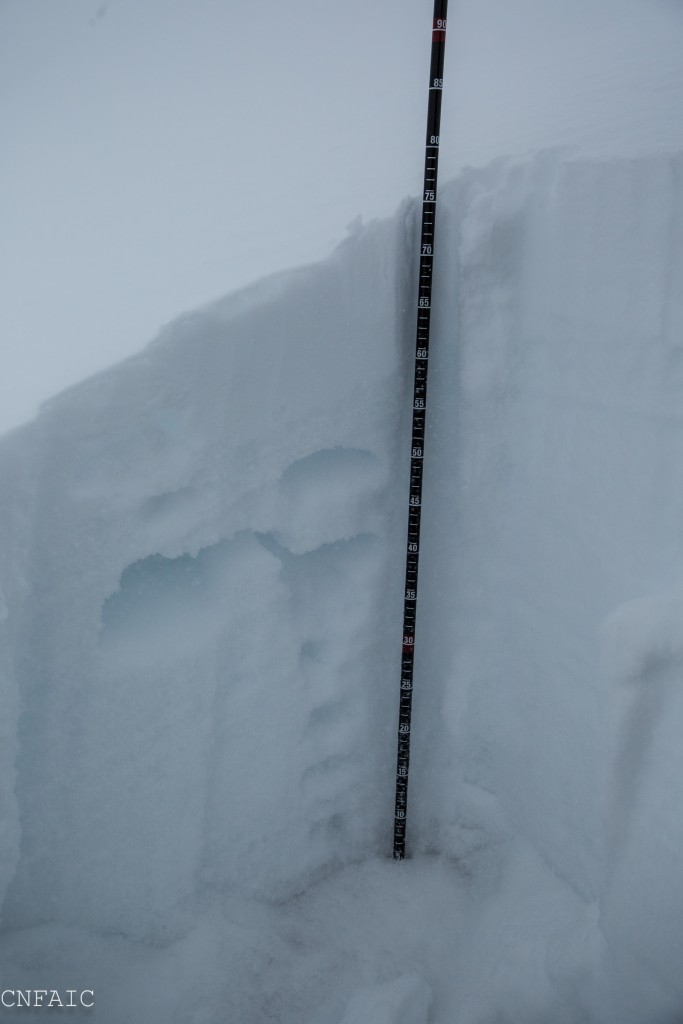 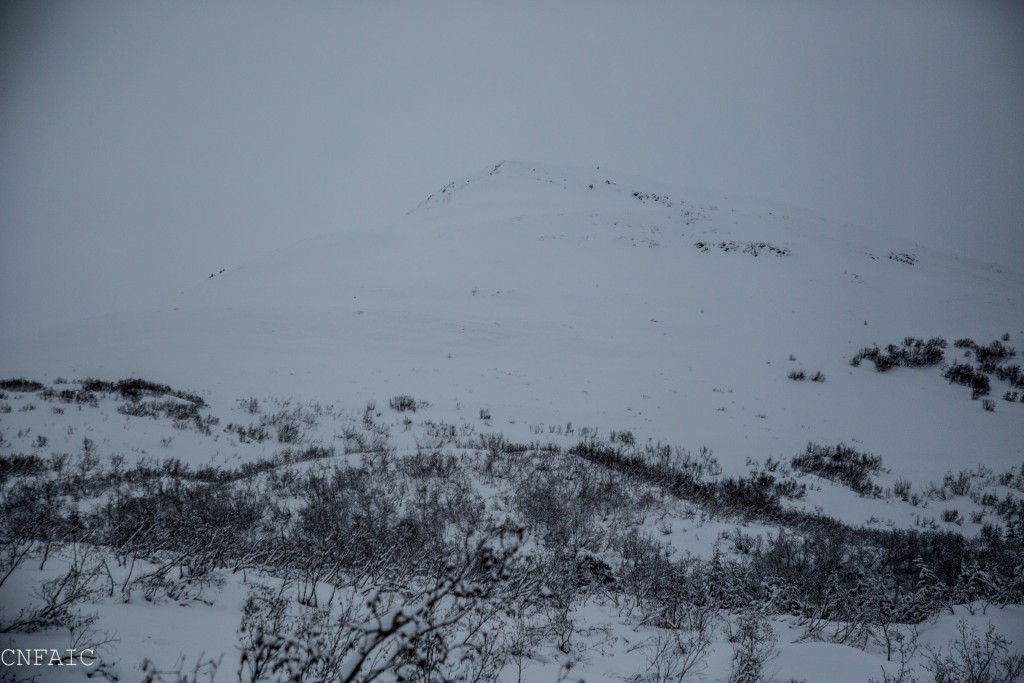 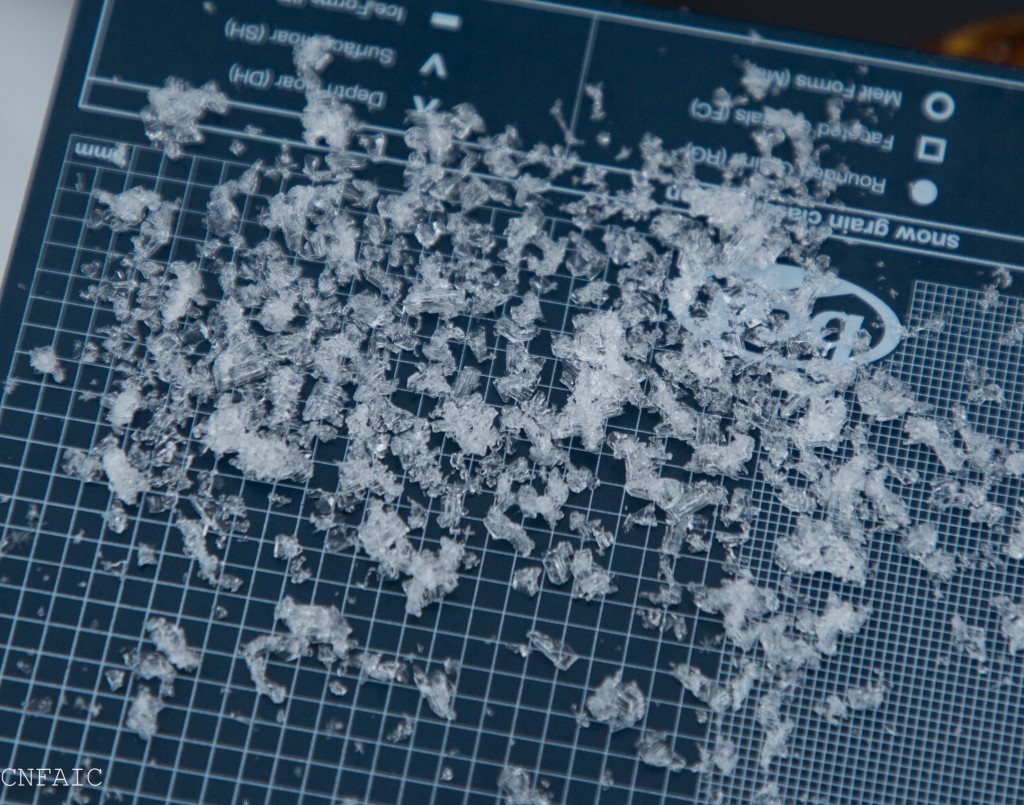 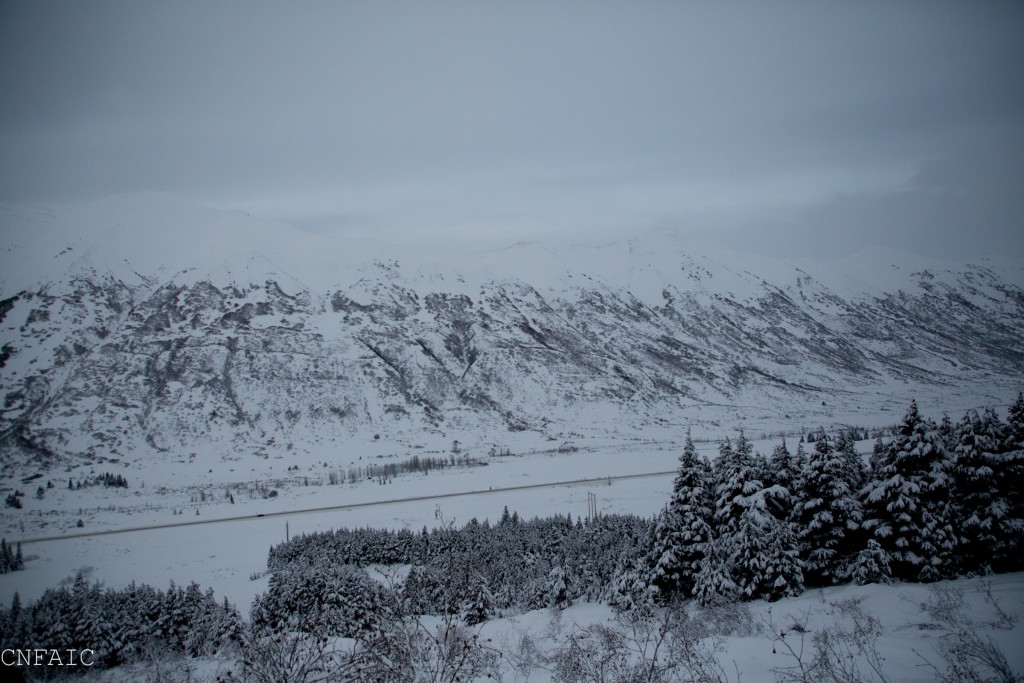 Seattle ridge in the morning before visibility became completely obscured. 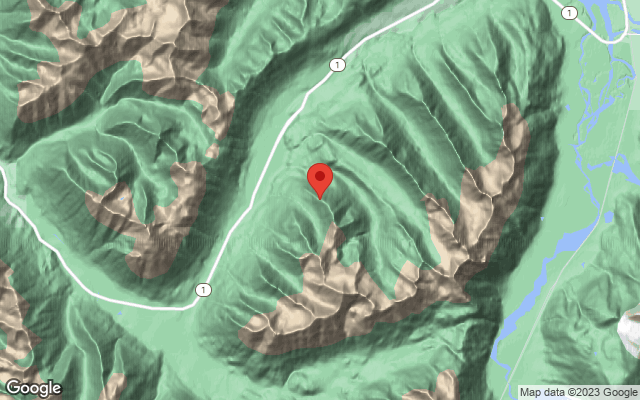