Signs of instability:
Recent avalanches – yes. Collapsing – No. Cracking – No.

4 avalanches were seen in Hippy Bowl on Tincan (photo below). They were 3-4′ deep and between 30-150′ wide. They were reported to have occurred around 12:30pm today (3/15). Details are limited but these may have been remotely triggered from the common up-track.

Snowpack obs:
Dug two pits in order to check on the weak snow that sits above and below the late February crust and is the suspect weak layer in all the above avalanche activity. Total storm snow (slab depth) is 80-95cm thick and going from pencil to 4F hardness (bottom to top). See photo. 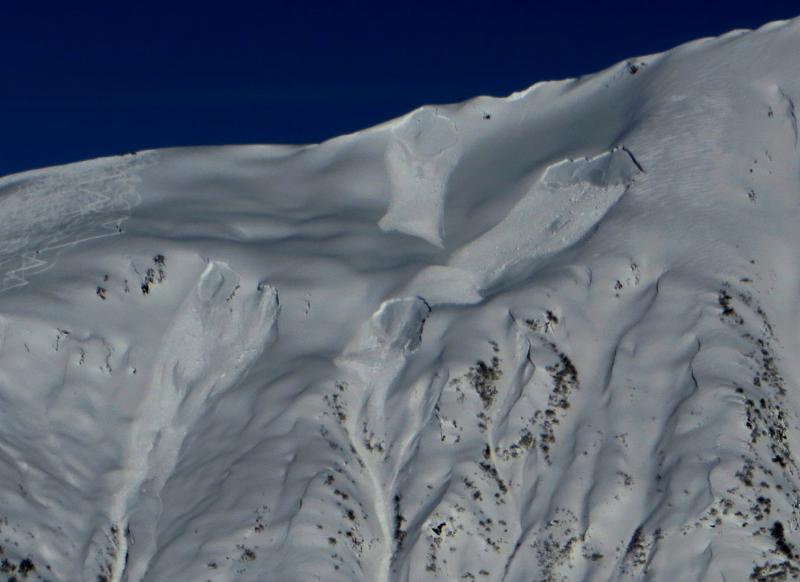 Hippy Bowl avalanches from 3/15 on Tincan looking from the Sunburst Ridge. 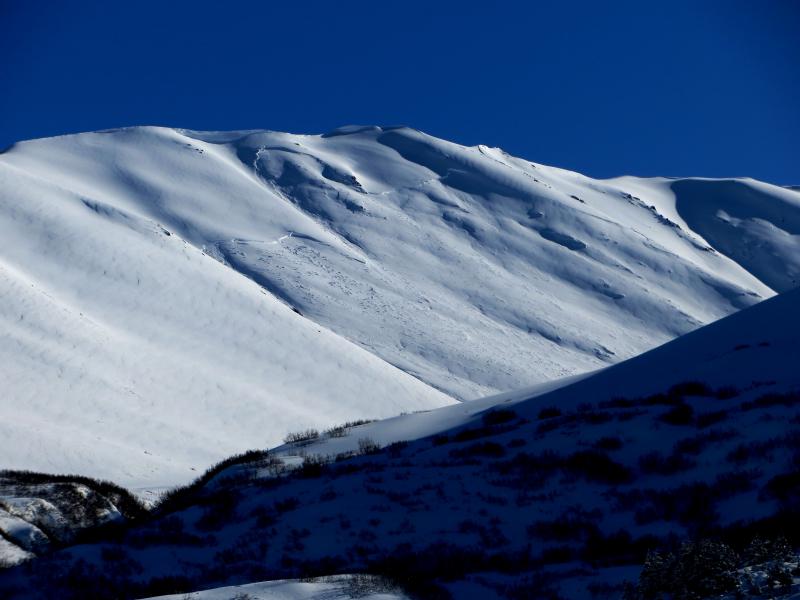 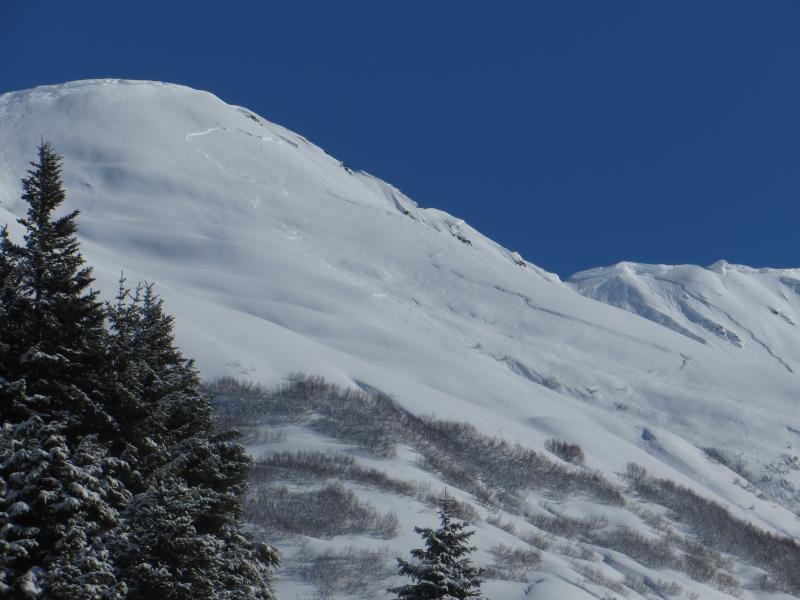 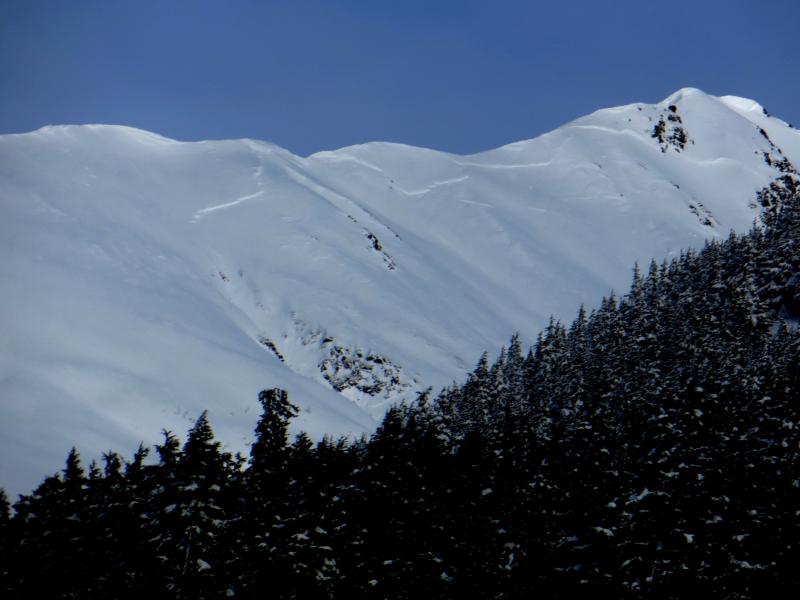 And another wide propagating slab from the 3/12-14 storm on Pete's North SW ridge. 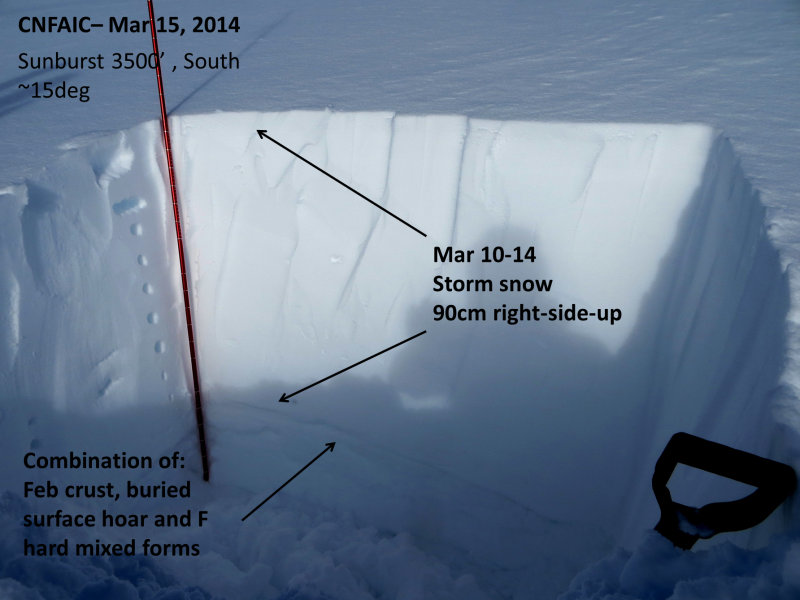