Party of three, made out way up the standard Sunburst uptrack, well established skinner until the final pitch before topping out the ridge. I observed wind pillows on that slope, and some very minor cracking skinned across them. It was minor enough not to register as a red flag at the time–more on that later. We then followed the ridge to the first, western most summit of the Sunburst ridge.

Our party triggered two separate avalanches over the course of our descent. All sizes and distances are estimated from below and we did not have radios. The first skiier (myself) dropped in and proceeded downslope staying on the shallow ridge feature that comes down from the summit where the cornice ends for approximately 500 feet or so. At that point my fall line continued onto a westerly face trending skiers right. I felt the snow consistency change to a firmer wind affected surface as I made my first right turn onto this aspect of the ridge, at which point I triggered a soft, shallow windslab that broke 6-8 inches deep at my skis and propagated 50 feet in either direction for a total of about 100 feet wide and running downslope for 300 feet. I was able to ski of the slab to my left and regain the wide ridge, at which point I stopped and tried to alert the other members of my party as to what had happened. They could hear me yelling but could not seeing any debris from the slide I had triggered. Not knowing if they had heard me I decided to pick my way down to the broad ridge, feeling the need to both get out of steep terrain and to try to establish visual contact with the other two skiers still on the ridge above. My fall line took me through a shallow depression another 500 feet down the ridge which I was able to ski through with out issue. Exposed rocks ringed the upper margin of this feature. Once in the valley bottom I tried unsuccessfully to indicate to my partners that they should not ski the slope. Seeing me apparently safe in the valley floor the second skier dropped in, following my tracks down the first pitch and encountering the slide I had triggered and took one turn on the bed surface before also skiing to his left back onto the broad ridge feature, where he then proceeded to follow my tracks down the ridge towards the valley floor. His third or fourth turn down the shallow depression in the ridge triggered a hard slab that broke out above him at the exposed rocks lining the top of the pocket, 12-16 inches deep and 150 feet wide, running 1000 feet to the valley floor. Once he realized he was in an avalanche he deployed his airbag and tried to ski off the slab towards the skiers right side of the pocket before being pushed off his feet and tomahawking one full rotation across the bottom of the rocky border of the pocket and out of the slide. Thankfully he was uninjured and was able to ski the rest of the way to the valley floor without incident. The third skier saw the powder cloud from the second avalanche and knew that something had happened, and proceeded to ski down to the crown of the avalanche triggered by the first skier, releasing another 30 foot segment above the skiers right side of the crown the ran down about the same length as the initial slide path. He then skied down the bed-surface for a few turns before moving to his right onto lower angle terrain where he was able to ski the rest of the way to the valley floor without incident.

We observed no natural avalanches and felt the cracking to be very minor, maybe 2-3 inches deep and breaking out plates a foot long.

Gradually clearing--started completely overcast but transition to broken skies with good visibility by the time we were making out descent. Lots of new snow from the recent storm, light winds on the ridge and signs of earlier wind transport mentioned above (wind-pillows and cracking). It was very warm at lower elevations.

The snow in the area where we began our descent we lightly wind textured with some exposed rocks. The area just west of this where we performed out stability test was had a smooth but definitely loaded as indicated by the direction of the cornice.

We performed two informal and not very well executed stability tests, first cutting off a meter square piece of cornice that tumbled 50 feet downslope with producing any signs of instability. We then dug a quick test pit just under the ridge where we performed an ECT with a result of ECTX, test profile below. 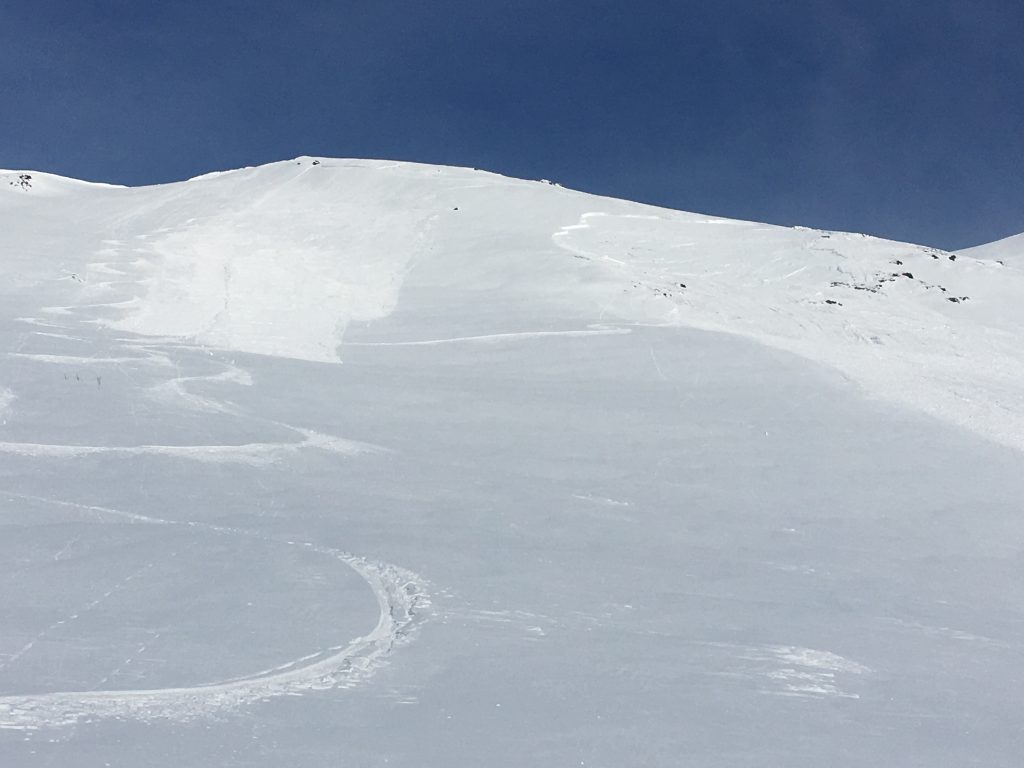 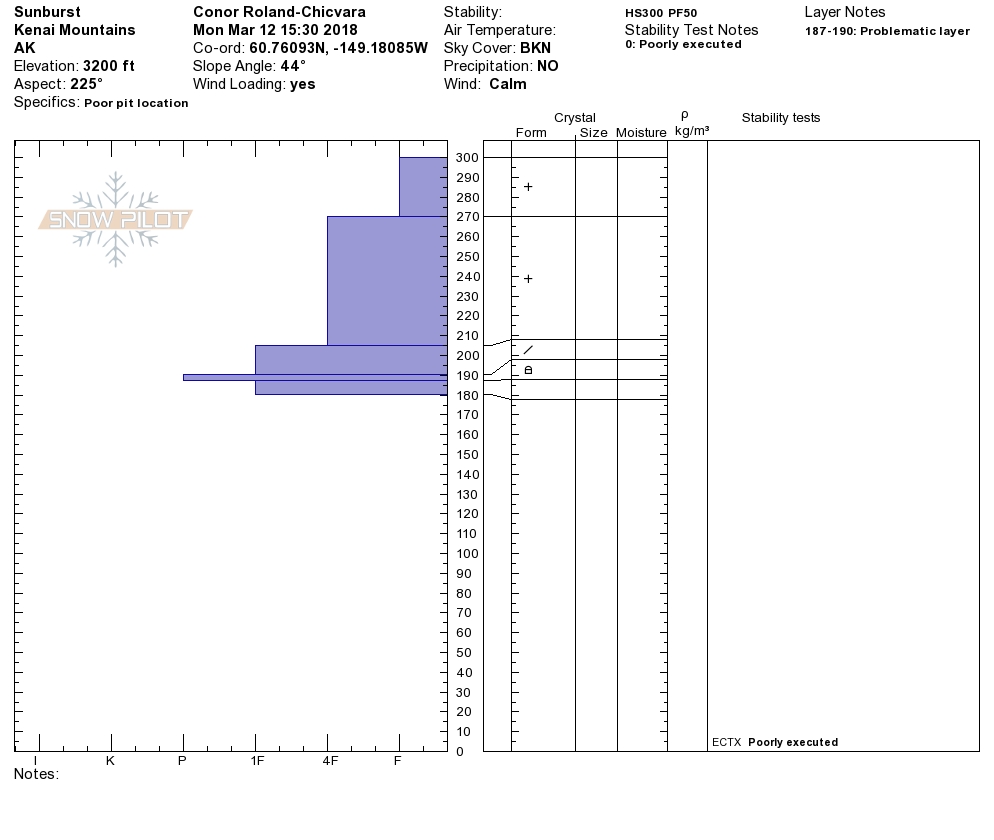 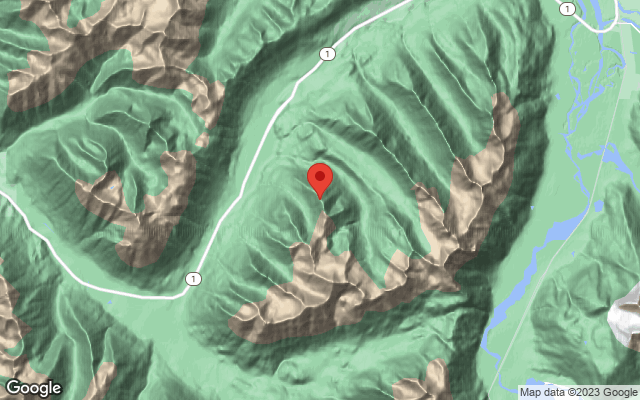