Climbed to the top of Sunburst on a nice day with few clouds, temperatures in
the teens, and light NW winds (0-5 mph, gusts to 15 mph). 4-8″ of loose snow
covered hard wind slab in most areas.

We dug a pit on a western aspect, 36 slope angle, at about 3600 feet. No
failures on a compression test after 30 taps but we did get some sluggish shears
after knocking the shovel blade with a boot heel a couple of times. Failures
occurred below a 3-6″ pencil-hard windslab (8-10″ deep) in decomposing
fragmented snow and in old near-surface facets that are now starting to round
and strengthen (20″ deep).

After skiing down to the valley, we moved up to Taylor Pass then climbed the
peak to the south directly above the pass. Next we dropped into a steeper bowl
to the SW off the summit. Had some sluffs chasing us down the run, but
otherwise the snowpack stayed put. Plenty of other folks up there as well,
putting tracks on some steep slopes without any avalanche incidents other than
sluffs. We finished the day with a quick climb then a ski out via Superbowl and
the lower face of Magnum.

Forecaster Comment:
We are excited to have Adam Clark join us as an intern for the remainder of the year! 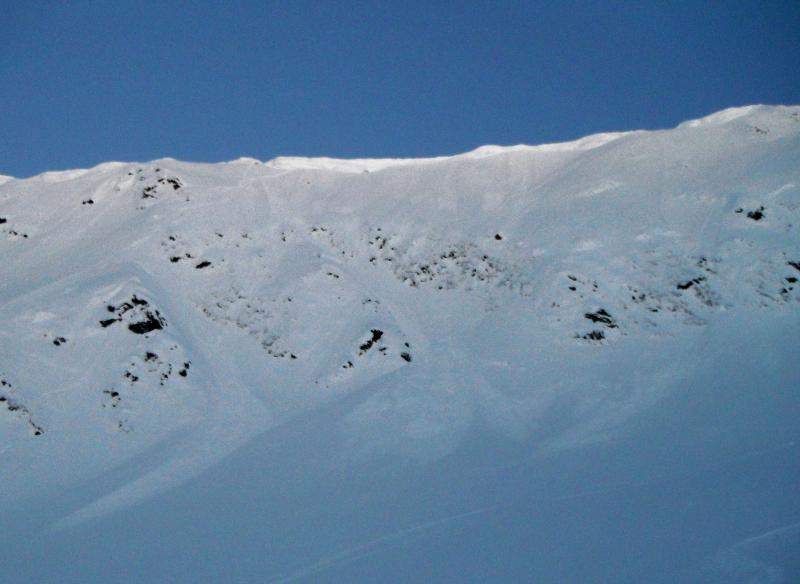 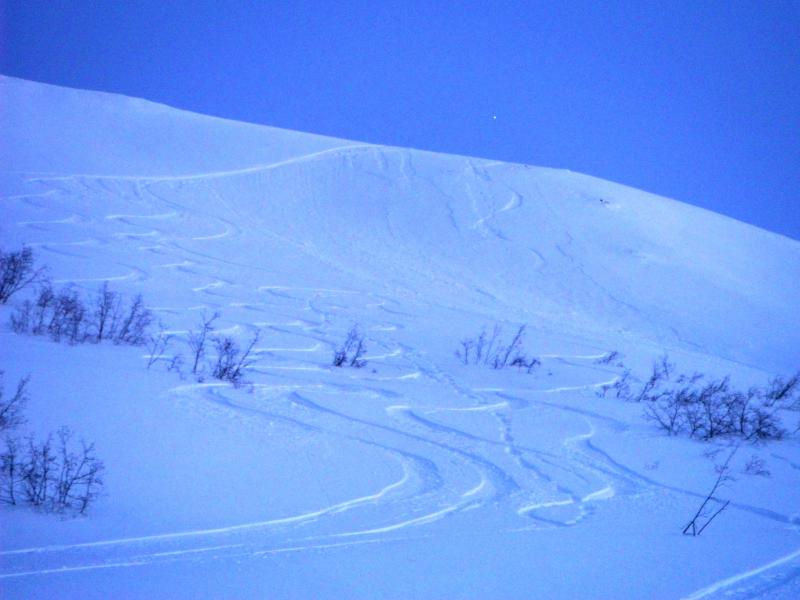 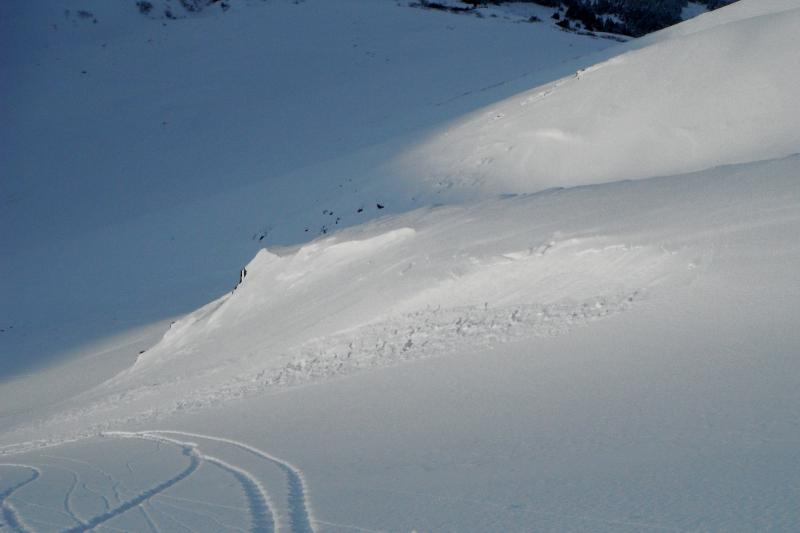