Skier triggered small soft slab on a short, but steep, rollover - Sunburst's SW facing slope. This rollover commonly slides with new snow and wind. 100ft wide, 8-16" deep and running around 400'. No one caught, triggered with a ski cut. Debris was damp and sluggish.

Other avalanche activity observed were several natural and human triggered sluffs. These were moderate in volume - enough to push someone around on sustained slopes.

Obscured skies with breaks in visibility now and then. Light snowfall until noon followed by a short graupel shower around 230pm. Temps in the upper 20'sF and 32F at the parking lot. Winds were light from the South and West.

Snow stability concerns were confined to the new storm snow. Very little wind has affected the snow at the elevations we traveled today and the new snow was quite loose and lacking cohesion. I'm suspect that more wind affect and slab formation occurred above 3,500'. We did see areas above 3,000' that were wind affected mid-storm that are now concealed by several inches of fluff.

*Warming of the new snow by sun and warm temps was the most concerning factor in slab development within the storm snow today. We saw this later in the day with thin cloud cover and intense sun (green-housing). In the video below, the snow was just starting to warm while minutes later we triggered a slab avalanche on a suspect rollover. Although this rollover was wind loaded mid-storm, the warming may have played a role to some degree. 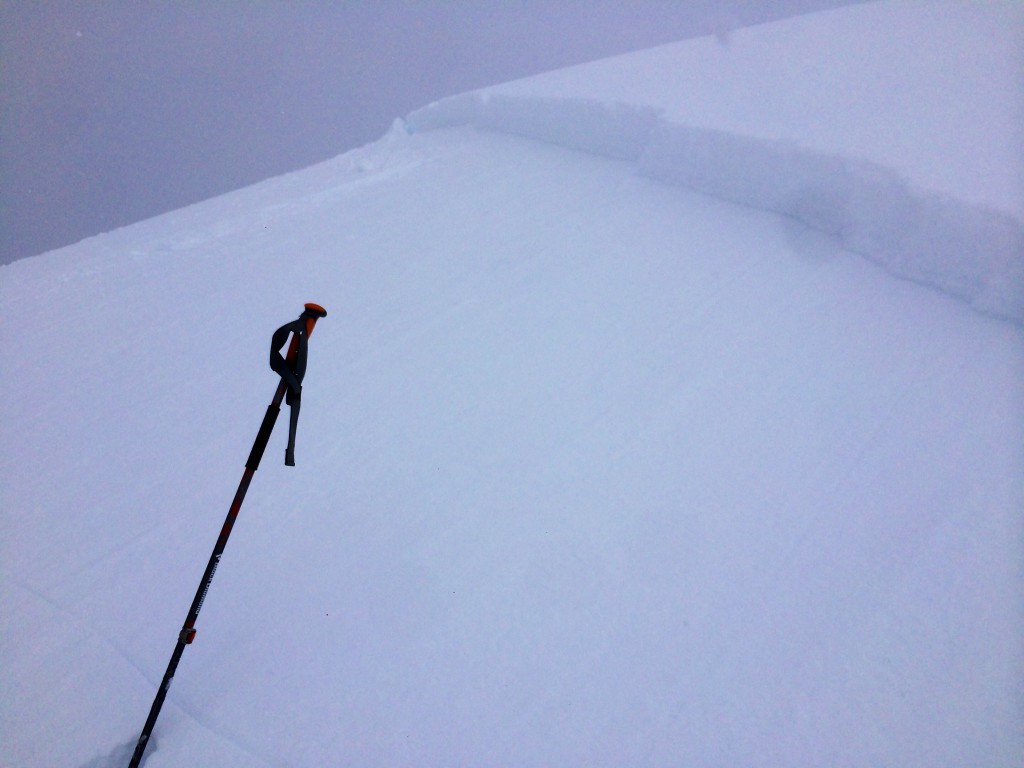 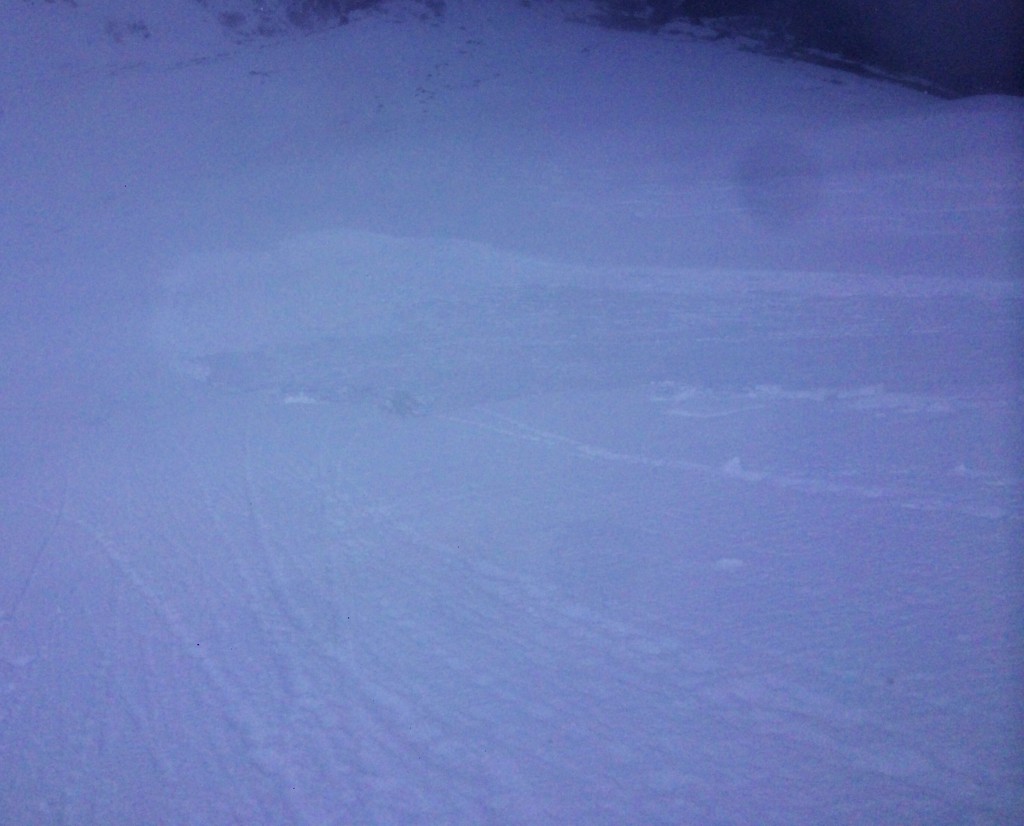 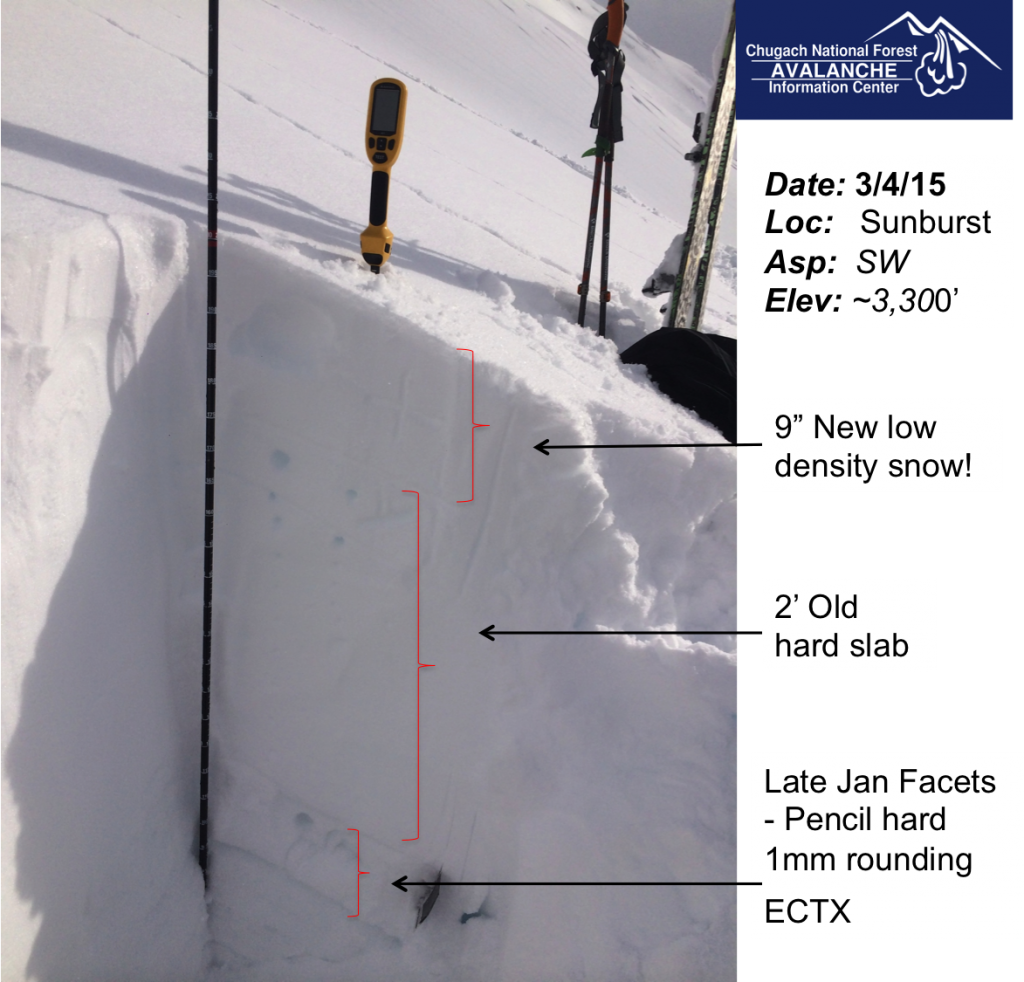 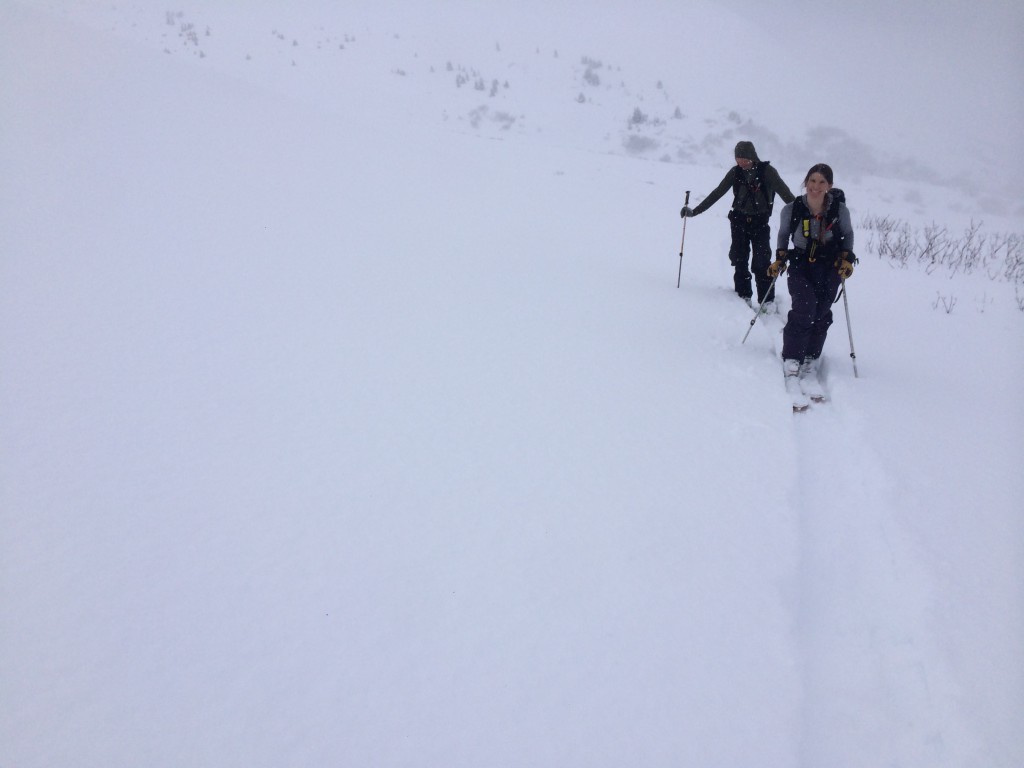 8" of new snow = a happy couple in the backcountry 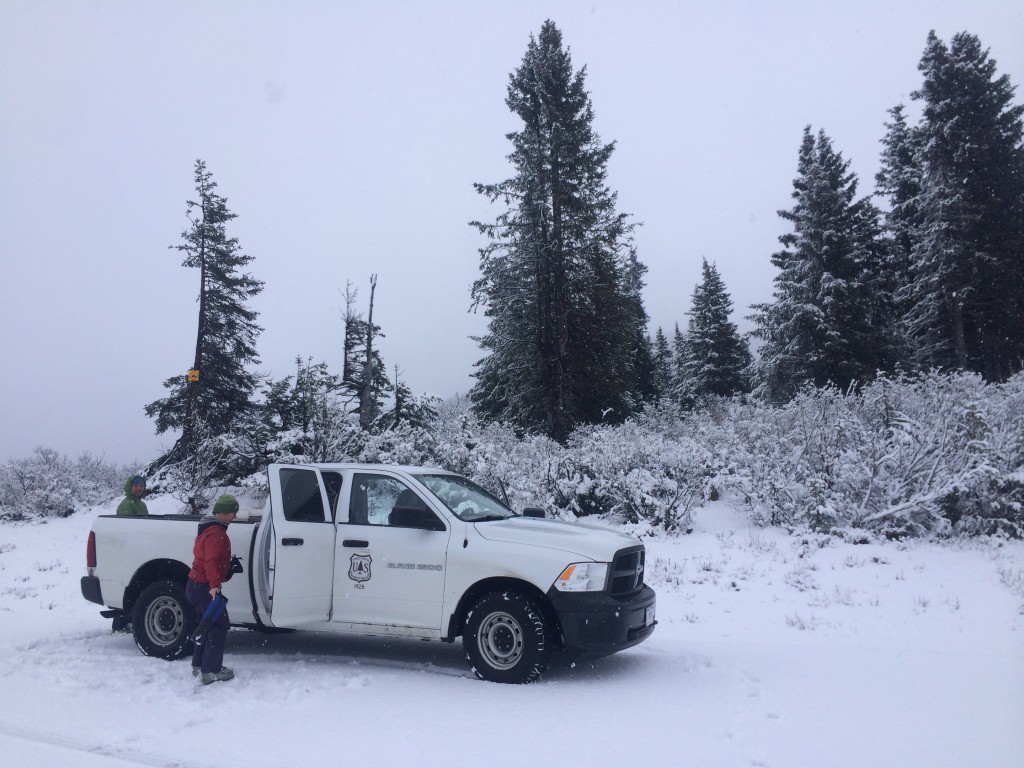 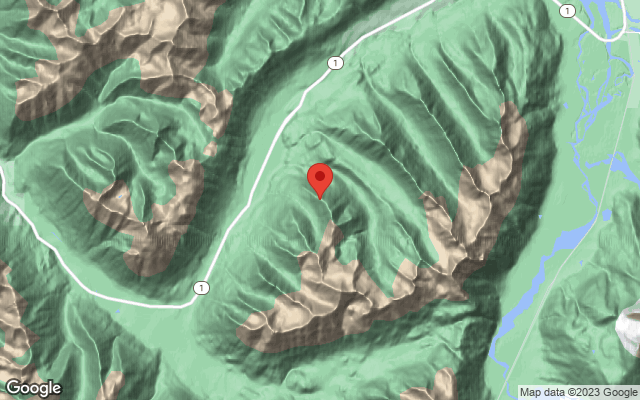