Obvious Signs Of Instability
Recent Avalanches- No recent avalanches. Could see the two natural avalanches from Sunday. Picture
below
Shooting Cracks- No
Collapsing – No, but another group said they heard a collapse at 2400′

*A firm crust has formed overnight from recent rain followed by cooler overnight temperatures. Crust
thickness was 3″ thick at 2000′ and 1″ thick at 2500′. Crust disappears at 2700′.

Below the surface:
Pit #1 – (2000′) 3″ crust on top of moist old snow. Moist facets (3-5mm) were found about 10″ below the
surface. They were 4F hard and were moist enough to make a snowball. No tests were performed due to
the thickness of the crust layer on the surface.

Pit#3- (3000′) See photo diagram for details. Several layers of facets were found, but only one layer showed
instability in tests. ECTP9 & ECTP14 (SC) failed on facets 18″ below the surface.

-All test results showed moderate strength with high propagation potential.
-The crust layer at 2500′ and below is likely adding some additional strength to the slab below 2500′, but
these test results do not account for slab strength.
-Multiple layers of facets were found at 3000′, but only one of these layers was reactive in our tests.
-Slab depths were 15-21″ increasing with elevation.
-At 3400′ we probed around on the ridge and could feel shallower scoured areas and denser wind loaded
feature along the ridge. Where the snow was dense along the ridge it was difficult to distinguish a weak
layer, but just off of the ridge on a more Southern aspect we could feel (w/ the probe) the facet layer
consistently about 20″ below the surface. This is not surprising since the storm that hit us on Feb.16 left
many ridges both scoured and loaded, but just below the ridges the slab depths seemed more uniform. If
digging test pits it is good to probe around and find places that are representative of the slope you are
thinking of skiing. This will also be where the weak layer of facets are likely more intact. 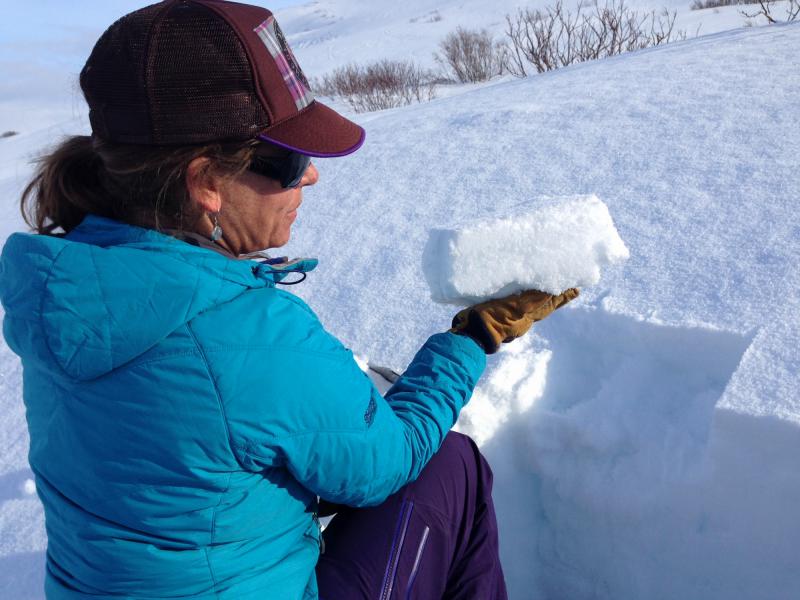 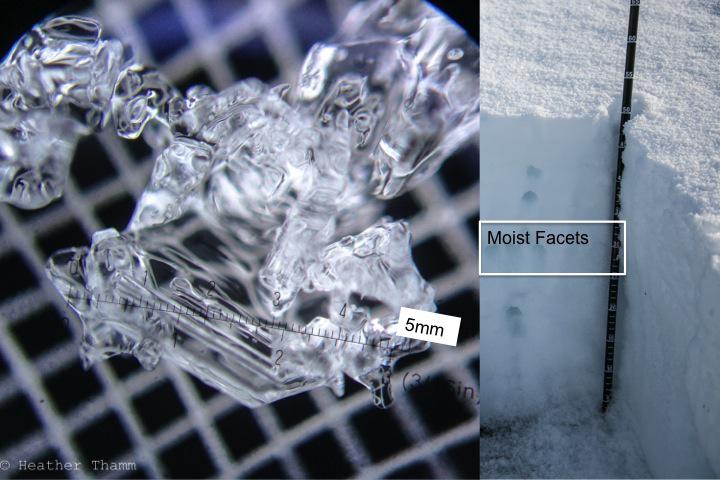 Moist facets (3-5mm) can be found 10" below the surface at 2000'. Notice the striations still visible on this moist facet. (1mm grid pattern) 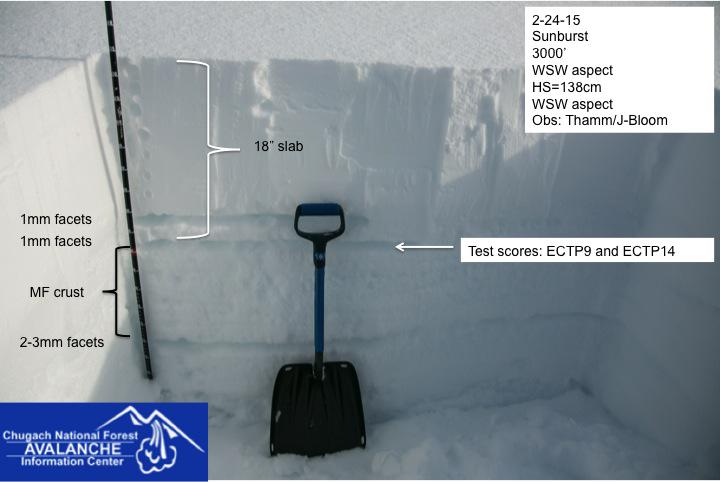 Pit at 3000' has multiple layers of facets, but only one layer was reactive in tests. 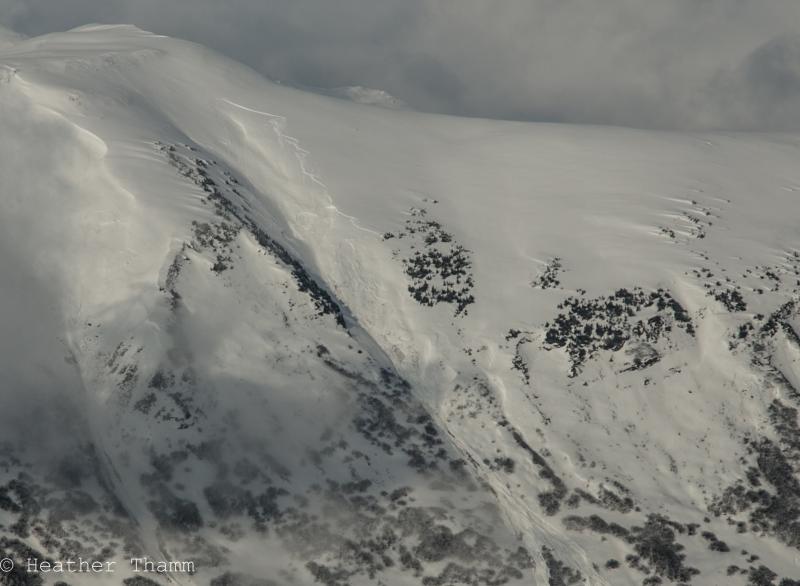 Photo of an avalanche from Sunday, Feb.22, on Seattle Ridge. 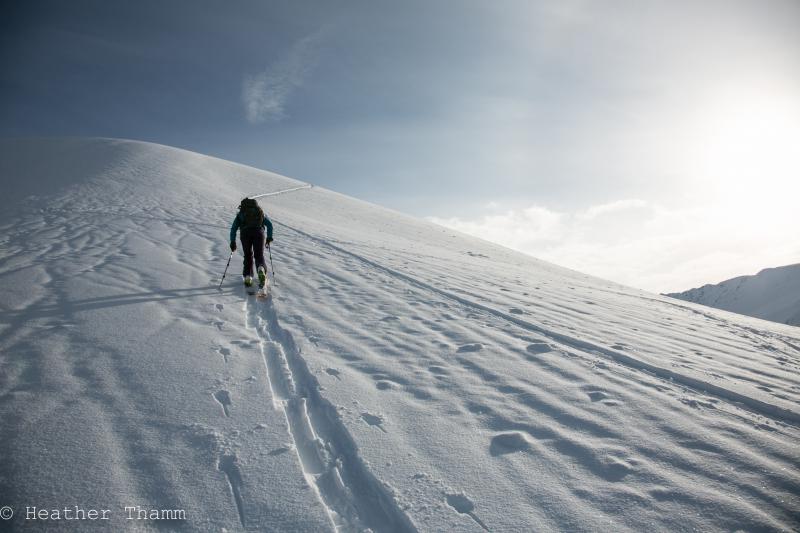 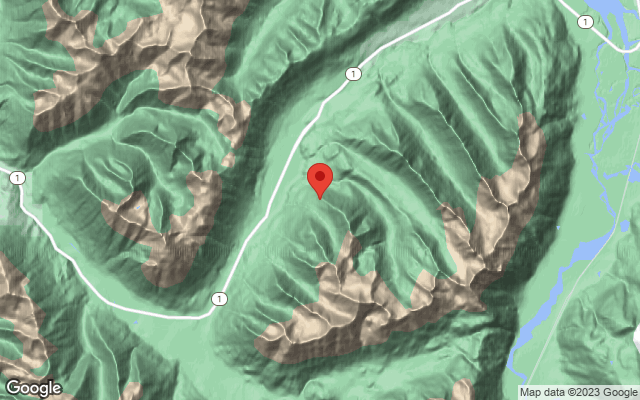