Weather:
SNOW!!! 32 degrees in the parking lot and light snow showers through the pass today. Rain/ snow line
dropped to around 500’ overnight. Light to moderate easterly winds at ridge tops.

Obvious Signs of Instability:
Recent Avalanches – Several natural mid-storm avalanches observed throughout the region. Many were
initiated in alpine terrain (>3,000) and ran quite far into the mid-elevations in channeled terrain. (See
12/17 observation from Matt Murphy) Larger avalanche observed on Lipps (tail end of storm or mid-day
today?) that appears to have propagated quite wide.
Collapsing – Yes. One small, localized collapse @ ~2,700’ on West ridge of Sunburst.
Cracking – No

Snowpack:
Several quick pits dug on our way up to the ridge. Focused question of the day was: Where is the surface
hoar? How is it reacting?

Pit at 2,400’ (HS = 33”): Surface hoar is present though not easy to find on crust at this mid-elevation.
Still relatively wet snow above the surface hoar. ECT failed on 6th tap from the elbow (ECTP16) at surface
hoar.
*Given relatively warm temps and settlement rates, this slab (above sh) appears to be gaining strength
rapidly.

We noticed the mid snowpack drying out substantially around 2,700’. Below this elevation band I suspect
the slab to heal rather quickly with warmish temperatures and generally moist snow. In this mid to upper
elevation band where the Dec. 7-9 rain crust/ surface hoar combo is present, all bets are off! This is a very
dangerous set up (persistent weak layer buried in-tact on a stout crust) that we haven’t seen in our region
for several years. Keep slope angles low, avoid run out zones and you can have a lot of fun in the
backcountry. Cautious route finding and conservative terrain choices are key right now. 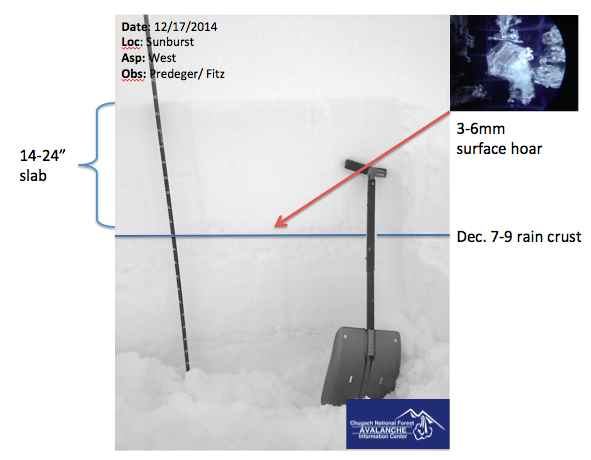 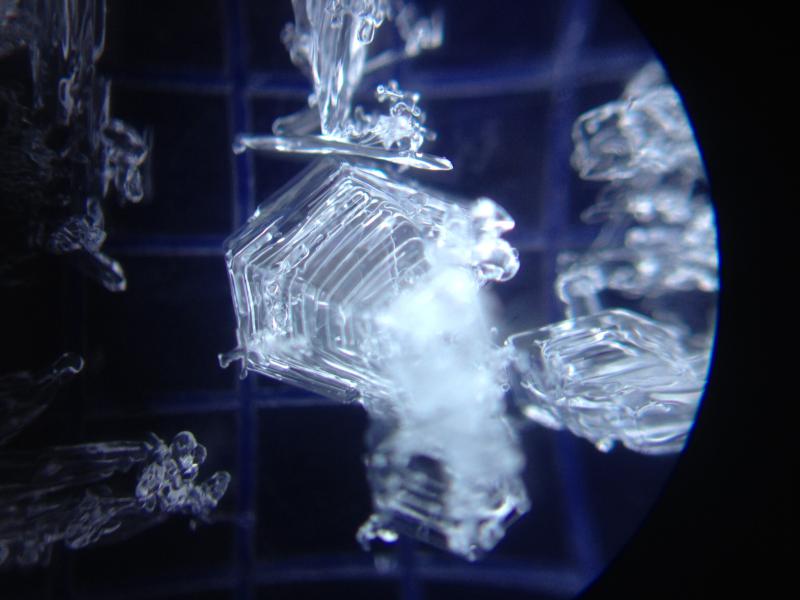 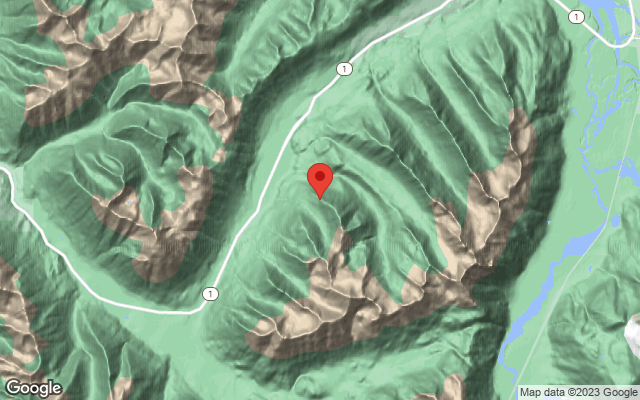