Surface Observations
Some minor wind loading occurred most likely in the early morning hours along
the ridgecrest of Sunburst. Pockets were 2-3” thick and not connected enough to
produce shooting cracks. Otherwise 4-6” of low density snow sitting on a firm
and supportable slab above 2,000’. Below 2,000’ was 2-3” of snow sitting on
firm surfaces. Below 1,500’ was 1-2” of snow on a rain crust.

Snow Below the Surface
The buried surface hoar layer is becoming slightly more difficult to detect in
our pits. Variability in test scores within the same pit was significant, in
that it could be easy to miss this layer if you were not clued into it and had
not been tracking this layer. In our pit at 3,400’ I was unable to see the
layer initially and had no result in my first test (ECTX). Digging upslope to
perform a second test the layer was very obvious and produced results (ECTP24
SC) 2 feet/60cm down. (See video) 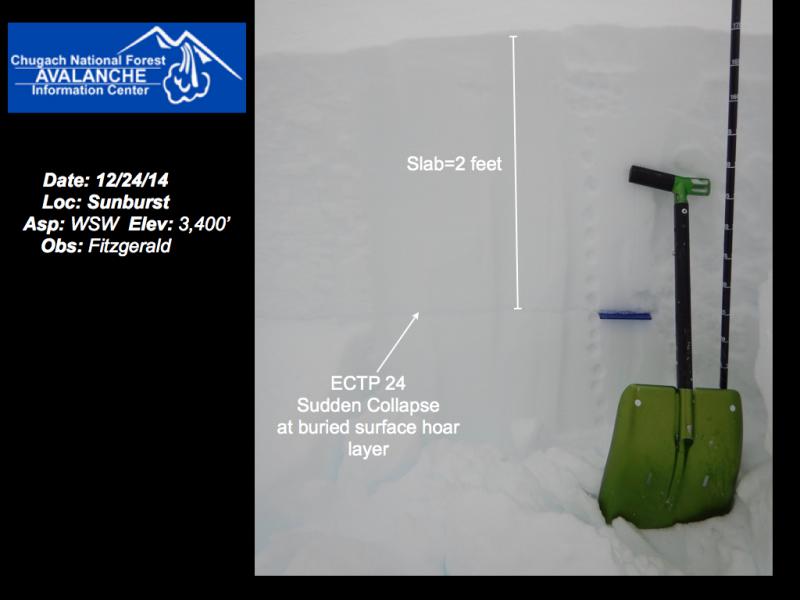 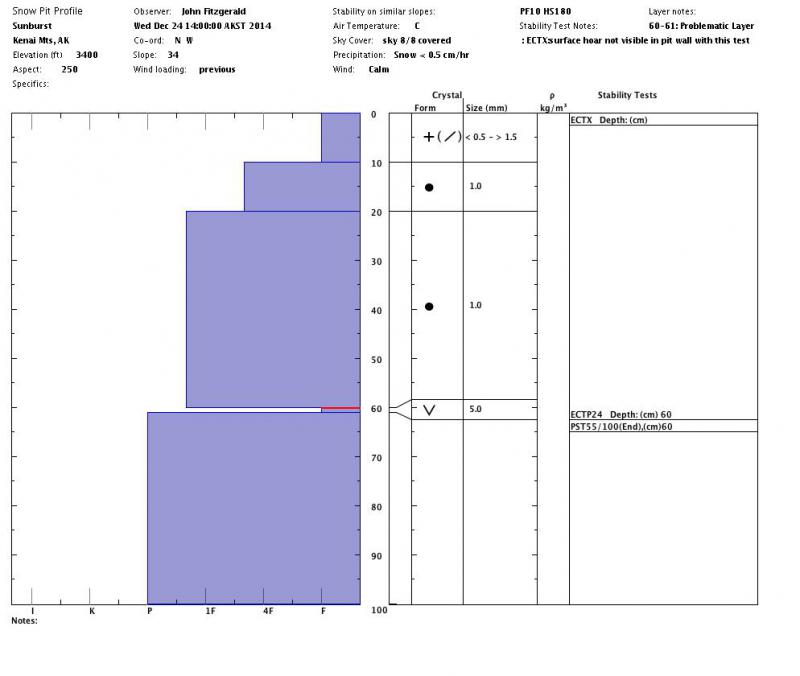 A graphical view of the pit pictured above 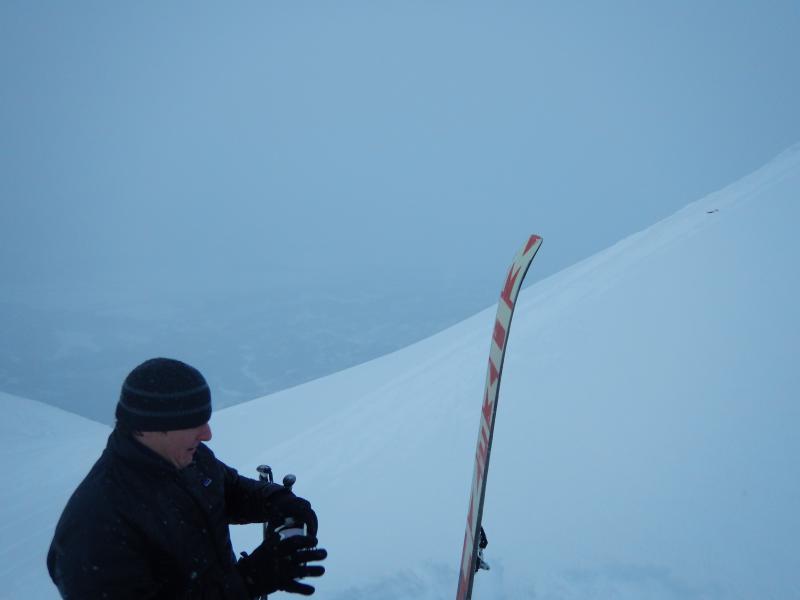 A low cloud ceiling and light snow throughout the day. Visibility was decent nonetheless. 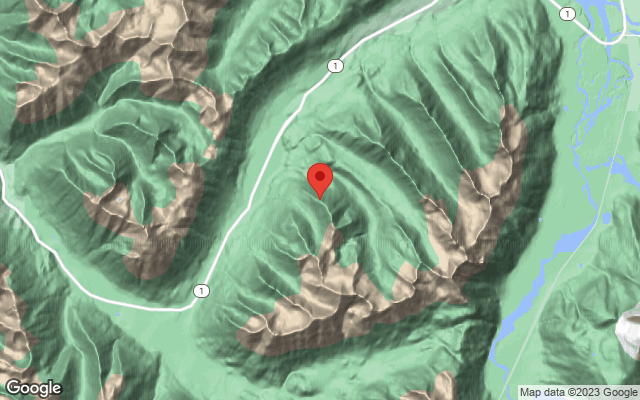