Overnight a very thin (2-3mm) rime crust formed just 1-3cm below the surface in
the new snow today (see photo below). It is present up to at least 3600′ and likely to the tops of the ridges. This rime crust is very fragile, opaque
and may or may not have the impermeable nature that is notorious for causing future
avalanche problems, we will be watching it.

The NW winds picked up on Sunburst enough to fill in tracks in less than an
hour. Snow was being deposited on variable aspects. Cracking was easy to
initiate in the fresh drifts and some very steep slopes (northerly) looked to
have shed their snow at some point it the past 2 days. The sunburst wx station
did not reflect the ~20mph winds observed today on the west side of the ridge.

The new storm snow is bonding well at the upper elevations where there is
minimal wind effect. Stubborn shears were within the storm snow about 20cm (8″)
below the surface and just below the new snow in the old snow layer (around 40cm
– 16″ down). 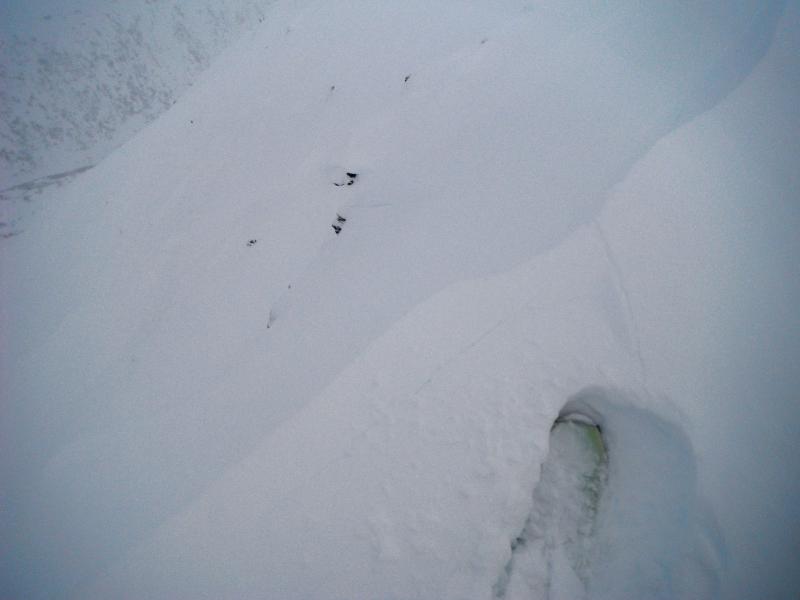 Minor cracking in the snow on Sunburst Ridge with what is believed to be a crown (north facing side of ridge) that was being snowed/blown over in the background. 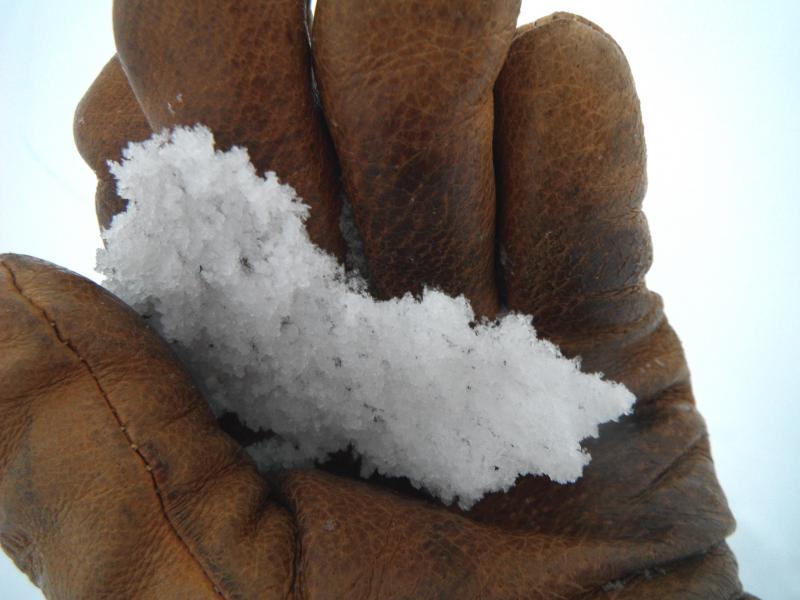 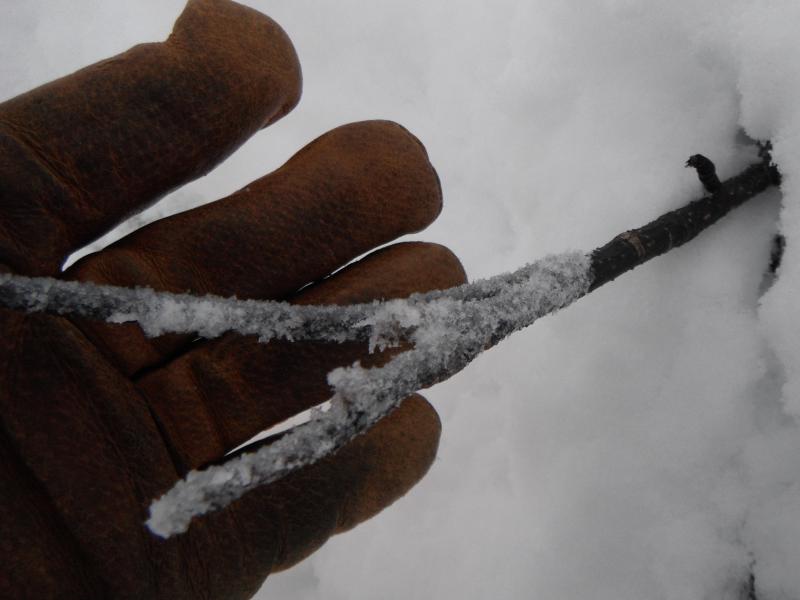 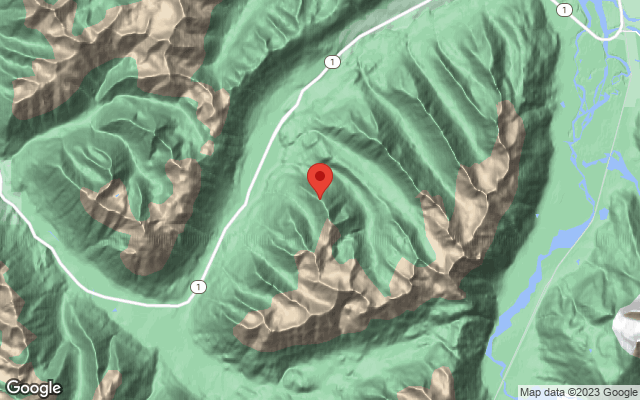