1 Natural avalanche: SS-NC?-D1-R1. This avalanche was photographed from Sunburst
ridge at 2:45pm. It appeared to have been triggered by a chunk of cornice
falling onto the slope. There was no evidence of tracks near the avalanche and
reports from another observer lead us to believe that this was naturally
triggered. The starting zone had been in the sun for several hours at this
point in the day.
Approximate dimensions:
Crown width ~ 40′ across
Crown height ~1-2′
Vertical fall ~350′

1 skier triggered avalanche-SS-AS-D1-R1
This smaller “pocket” was photographed from the highway around 4pm. It occurred
sometime between 3-4pm. There is a ski track leading into the crown and it
appears the the person skied/rode off of the slab. This appears to be an
isolated wind slab that did not run very far. Rough dimensions are 20′ across
and 30′ down. Slab appeared to move less than 50′ down hill.

No Shooting Cracks
No Whoompfing 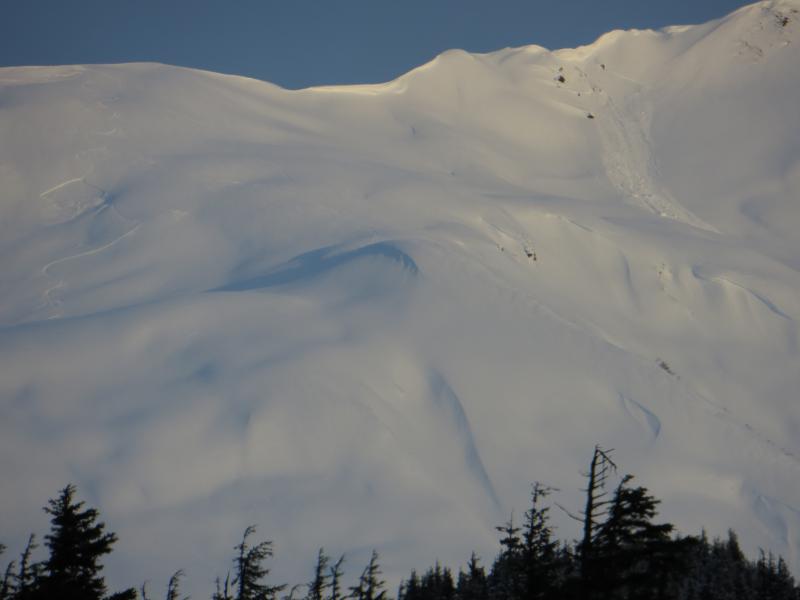 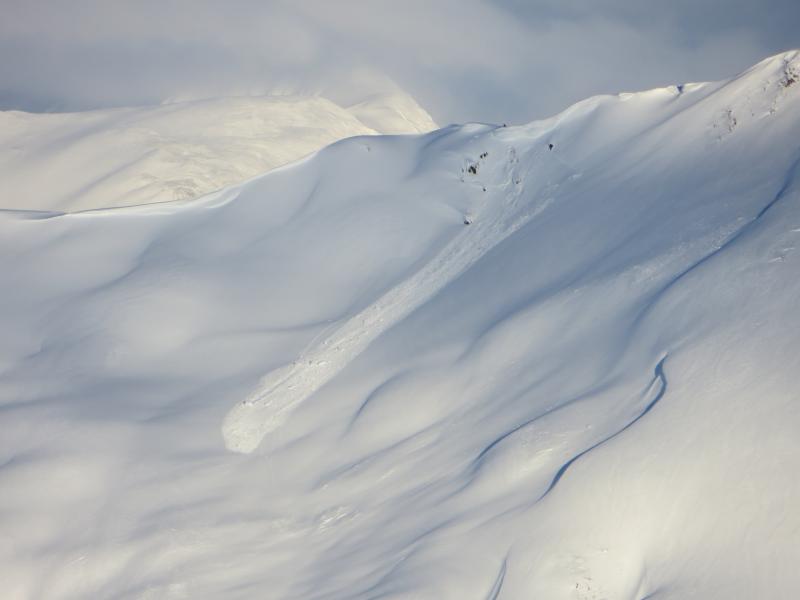