Observed wind affected snow on many aspects but did not travel on or near wind
slabs, so we had no reliable data related to wind slabs.

The upper 6-8″ of snow which fell during this week that we observed was well
bonded to the old snow surface. The exception was loose snow in the upper few
inches.

Pit results (see photo #3)
@ 3,500 SSW aspect 20 degree slope
PST 50/100
HS=85cm
Saw cut lengths are still within the parameters of showing propagation
potential. This pit was dug in a thin spot to investigate areas that are most
likely to be trigger points. Snow depths on this slope ranged from 30cm to
150cm within a span of 30 feet.
————————————–
Current problems
Loose snow avalanches observed are generally low volume and not a major concern.
That changes (for the worse) when entering steep terrain or any terrain trap
areas-cliff, trees, gullies, abrupt transitions.
We didn’t encounter any reactive wind slabs but observed wind affected surfaces
on N aspects and in higher elevation starting zones.

Future problems
Potential for near surface faceting occurring in many areas (sunlight hitting
low density snow, and warm daytime/cold nighttime? temps). Potential exists for
the current surface snow to become weaker. This snow is sitting on firm
surfaces, which change depending on elevation. While forecasted weather is not
calling for significant precip over the next three days, even modest amounts of
precip with moderate winds could create very touchy conditions. 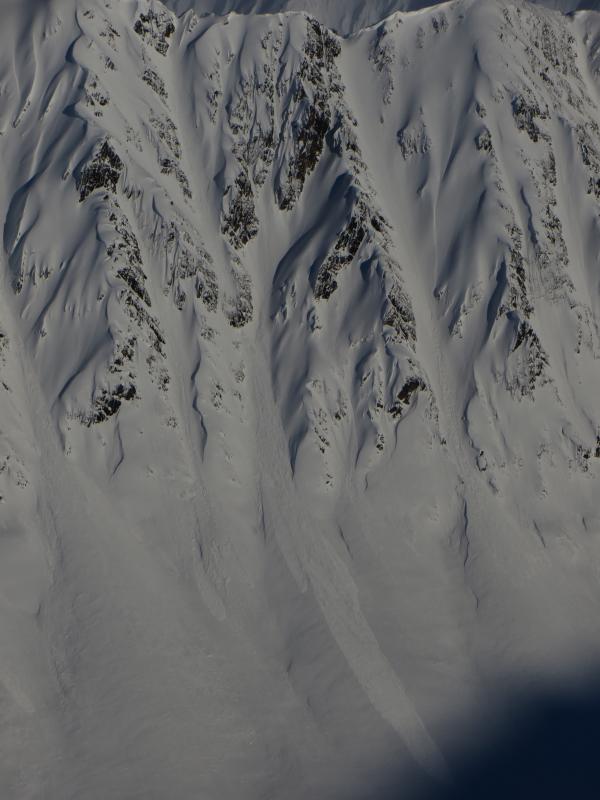 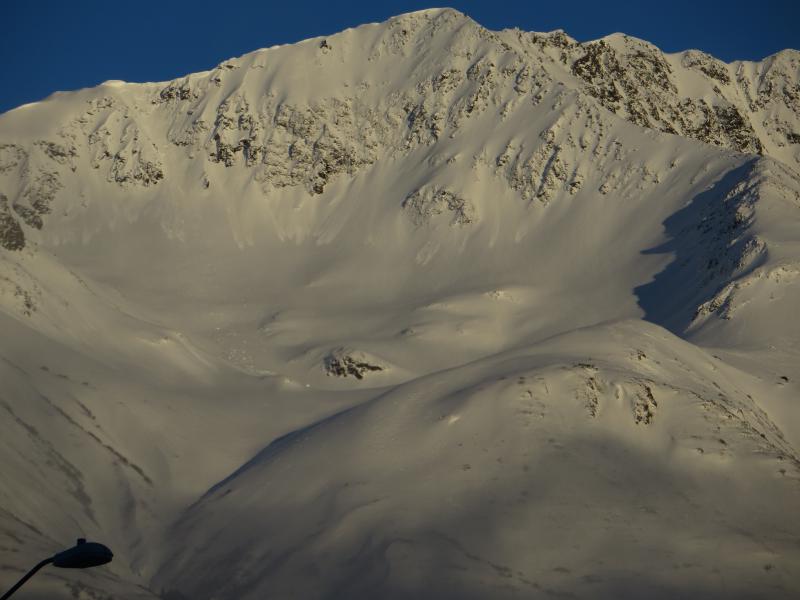 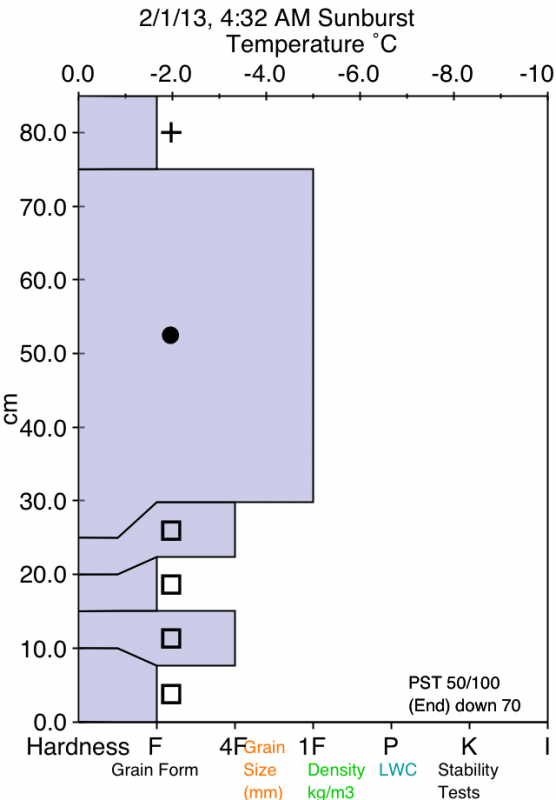