The New Year’s storm finished ‘right side up’. The high winds of News Year’s
eve created a variable new slab around the mountains but the storm ended with
cooler temps, calm winds and snow (in the higher elevations). Rain runnels
visible in the lower elevations, up to 1,200’.

Snowpack Observations
Bonding between the New Year’s storm snow and the old snow appears to be good.

Tests today proved to show medium to high strength.
This correlates with medium to low likelihood of triggering an avalanche.

Tests also showed high propagation propensity.
This correlates to potential avalanches having the ability to propagate across
entire slopes.
This also correlates to consequences being high (injured/buried) 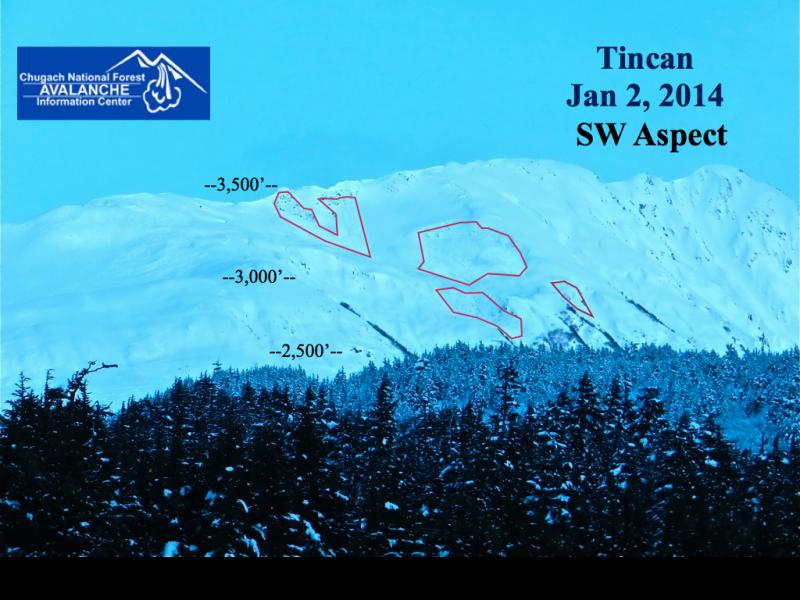 Avalanches on Tincan, trigger unknown. Occured during the afternoon on 1/2/14. 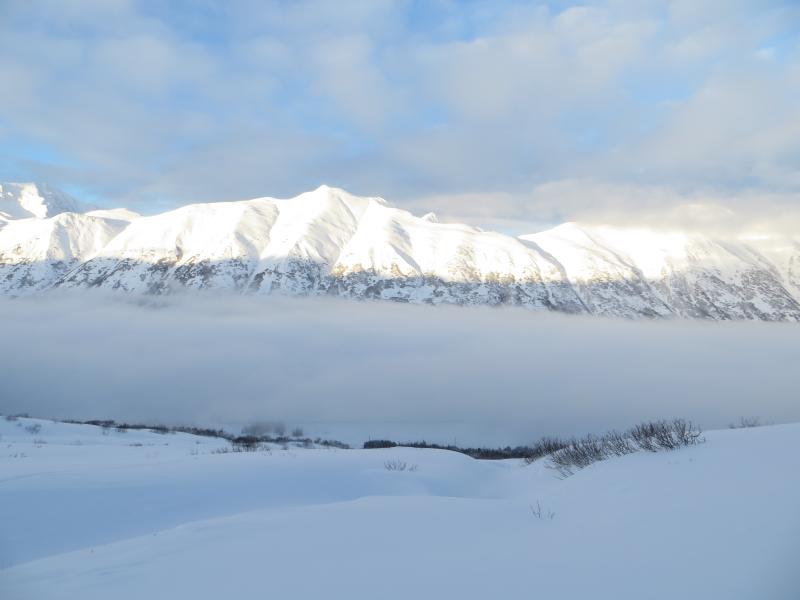 Valley fog along the highway-Seattle Ridge in the background 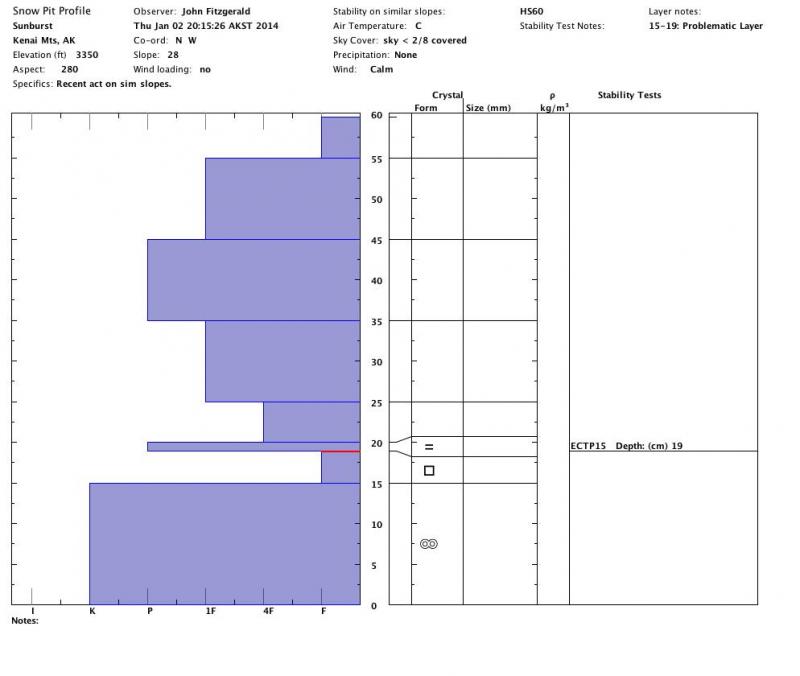