We dug near these locations on 1/2. The fracture character was notably
different today. The main difference was that columns were popping into pits
(Sudden Planar), even on low angle slopes.

Winds have created highly variable snow depths at and above treeline. We are
moving closer to having a deep slab (1 meter +) problem throughout the forecast
area but are not quite there yet. Slab depths sitting on the Dec 8th drizzle
crust seem to be averaging around 80cm. SNOTEL info shows a total 4.7″ of H20/56″ of snowfall (not settled) sitting on the drizzle crust. We will get a better handle on average
depth in the coming days.

We stuck to very low angle slopes today. Recent natural avalanches within the
previous 12 hours was reason enough to stick to slopes under 30 degrees.
Testing the snow below the surface showed high propagation potential. 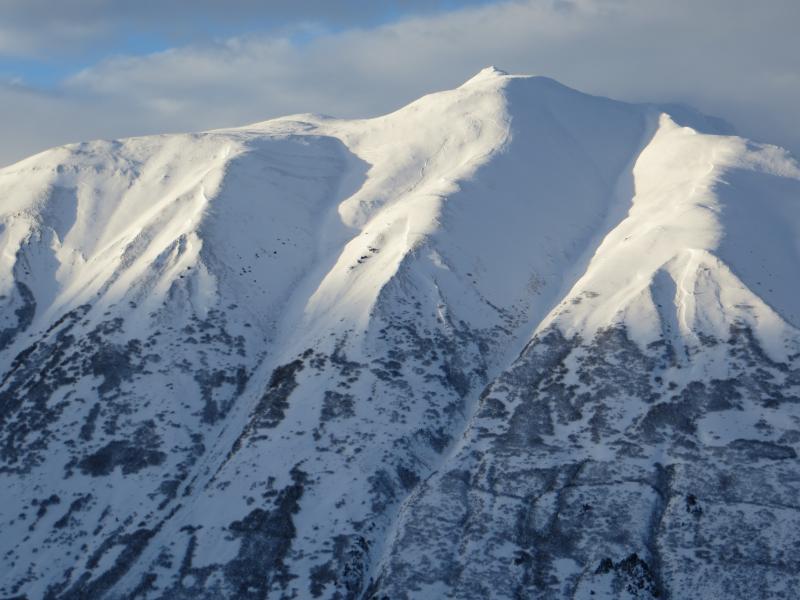 Crowns are widespread on the East side of Seattle Ridge. Crown is just barely visible on the sunny slope just below the highest peak in this photo 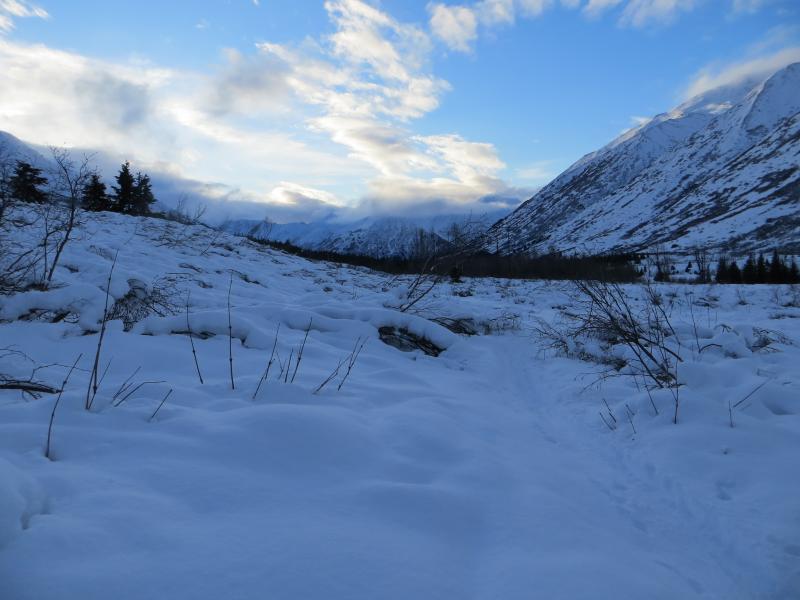 Alders are slowly but surely getting buried 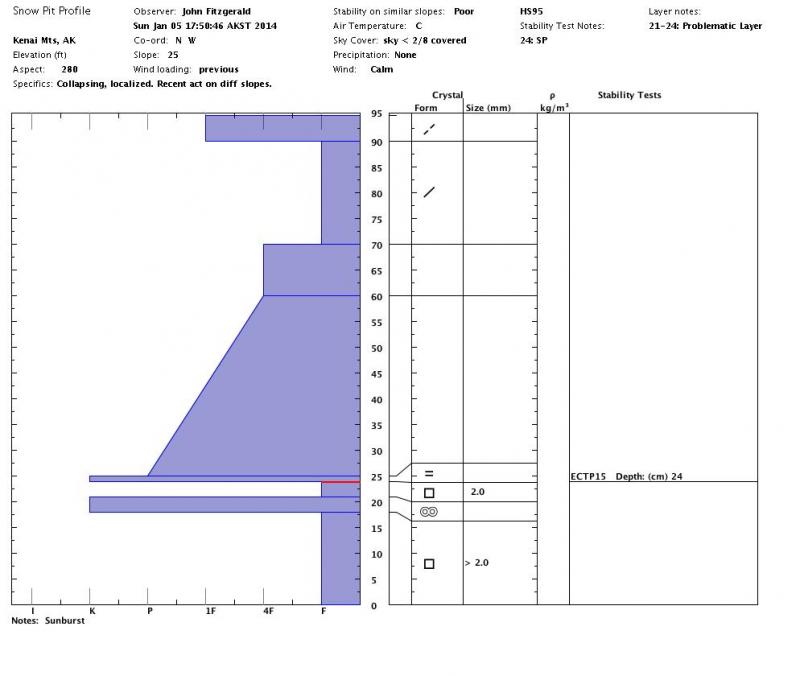