Clouds were clearing out during the morning and winds started to pick up, especially on the higher peaks (Silvertip, Seattle Ridge, Pastoral, Tincan Proper). We had to head down around 2pm, but at that point the strong winds that were forecast to start Friday afternoon/evening had not really hit yet in our location.

About 4" of very low density new snow from the parking lot up to the ridgetop. The last round of snow from Tuesday night had settled to about 6" but was still pretty soft. At lower elevations (< 1800') the ice crust was definitely noticeable on the descent.

Our first pit at 2300' was pretty shallow, with only about 70cm (28") total snowpack depth. The new snow from this week seemed to be bonding less well to the ice crust than when it first fell. We did not get propagation on this layer, but if failed on 13 taps on our extended column test (ECT N 13). The facets on the ground were moist at this elevation and were not reactive in our instability tests.

Further up along the ridge at 3600' we also had a hard time finding a deep spot to dig a pit. We probed around below the skin track and found many areas with 30-60 cm total snowpack depth. We eventually found a spot that was about 100cm deep, with about 25 cm of new snow over a much stronger base. In general the middle of the snowpack was consistent and did not have any notable weak layers. At the ground we found the 1-2mm facet layer that was still dry. We didn't have any propagating results in our ECT, but the overall thinness of the snowpack combined with the poor structure of the facet layer at the ground made me think that we need to continue paying attention to this layer for awhile longer. 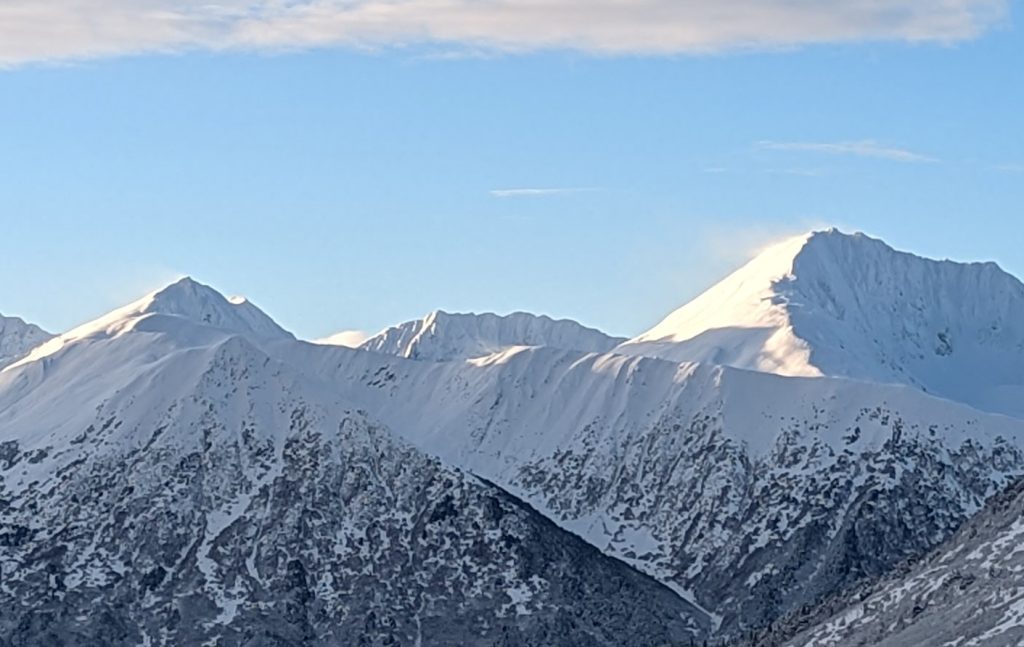 Wind flagging on Silvertip, this was evident all all the high peaks in the surround area. 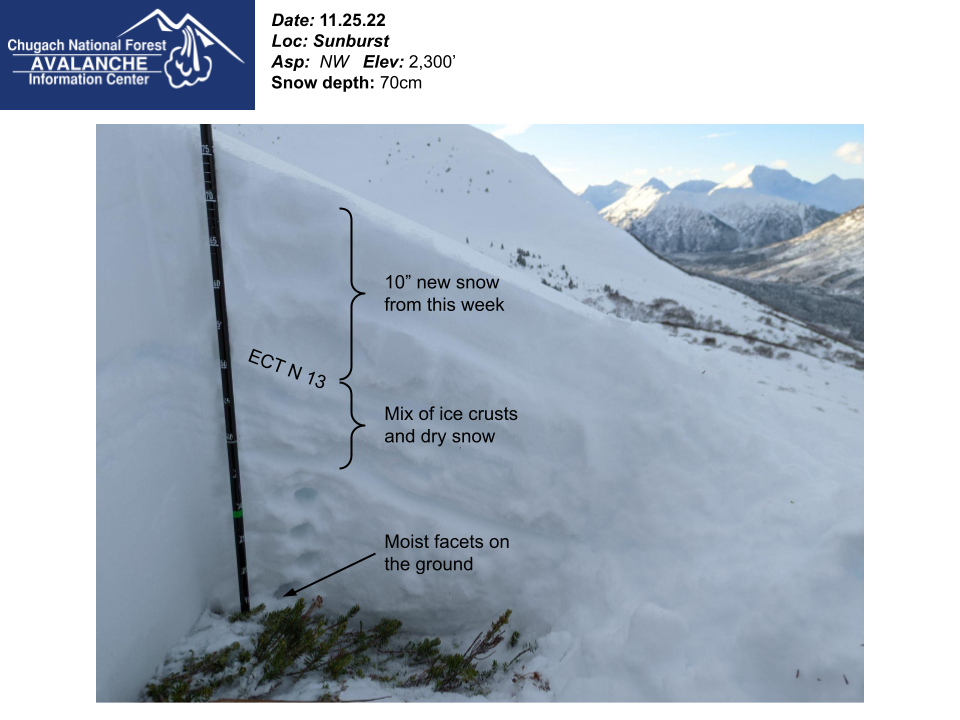 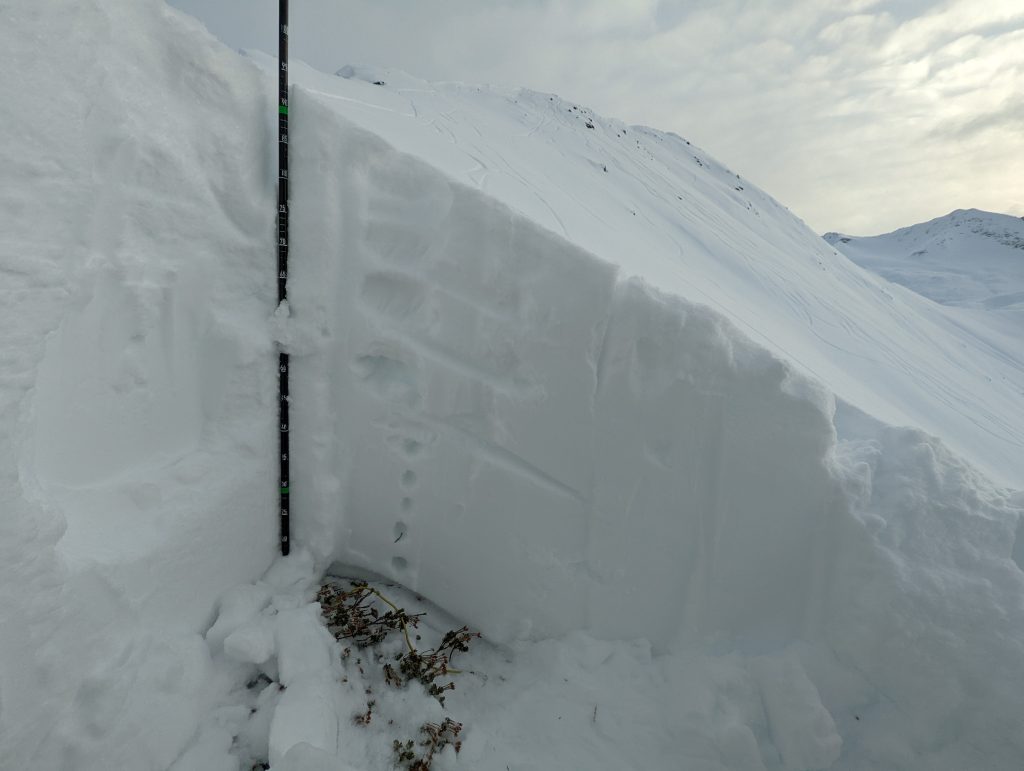 Overall right side up snowpack at 3600', with the notable exception of the facets on the ground. 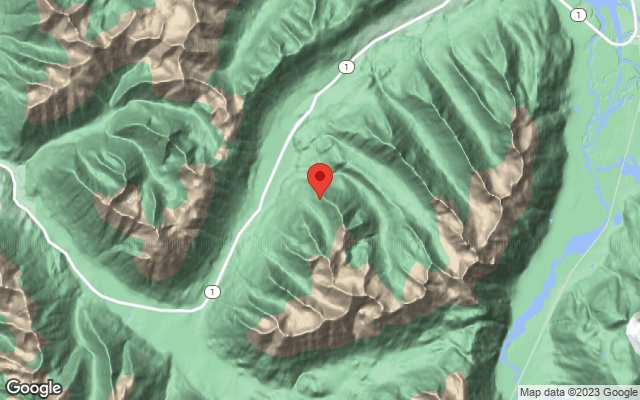