We attempted to break trail to the upper Sunburst ridge early in the day, but got a whumph before the steeper climb to the first high point before elevator shaft drop-in and lapped the lower slopes for the time being. Some guinea pigs broke trail later, to the first high point before the Elevator Shaft drop-in. We extended that trail to the uppermost ridge and did some wonderful ridge skinning.

I had planned on cornice bombing, but the snow is deep (120+cm) near the ridge crests/cornices which have grown quite large in places. Seems like a textbook scenario for them breaking back much further than expected.

Instead we devised a ski-cut plan from the ridge to a rock outcropping. Luckily we had a plan, as Randoman pulled out a D2 soft slab with ~2.5-3′ average crown depth, about 20yds wide, that ran almost all the way to the flats (~1000′). Appeared to fail at new/old interface on a crusty/faceted surface – much softer though than the scratchy melt-freeze crust on the lower slopes.

Hopefully the new snow will consolidate and eliminate some of the scratchiness; the old crust can still be felt on the tails while turning.

Also, the lower slopes of Sunburst, especially below the longer runs at ~3700′ and above are VERY thin and crusty. 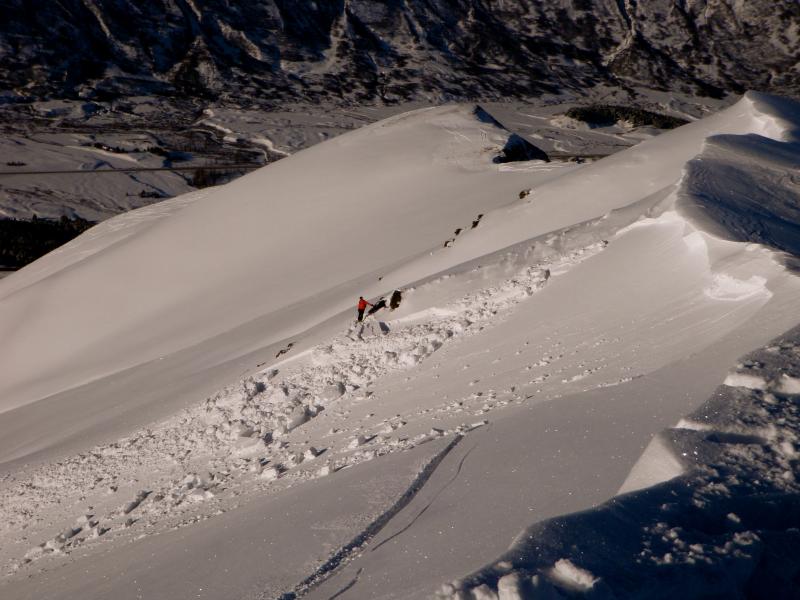 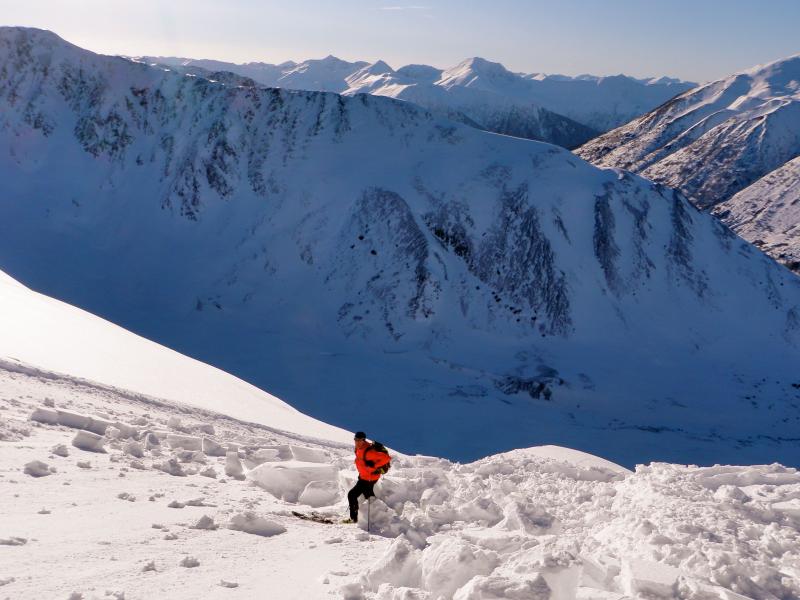 Just another day in the life of Randoman 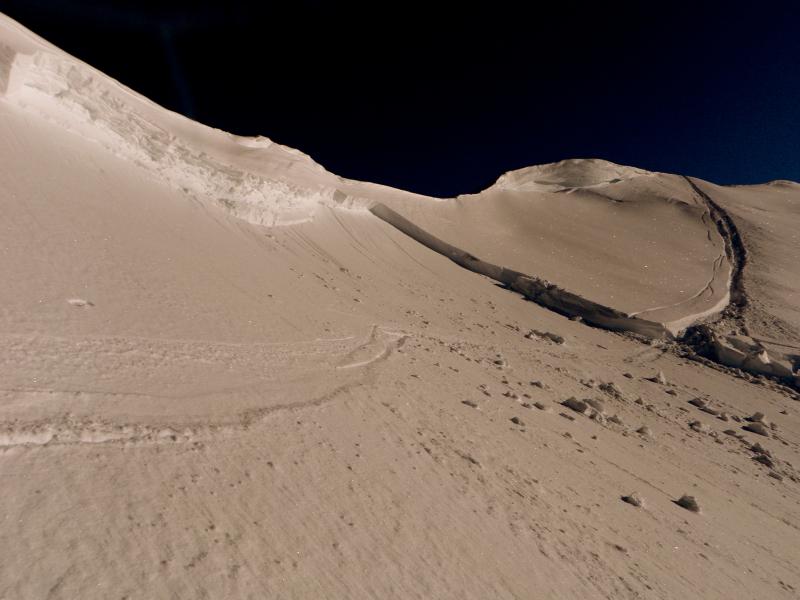 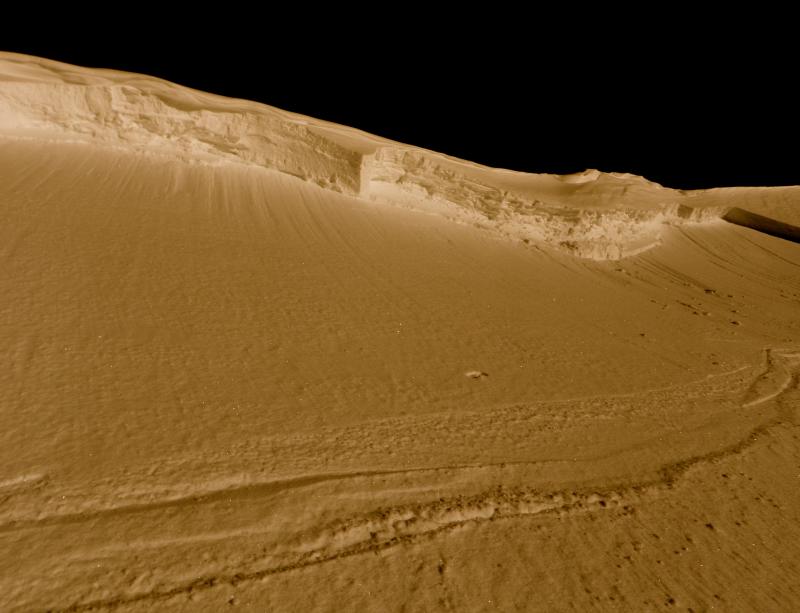 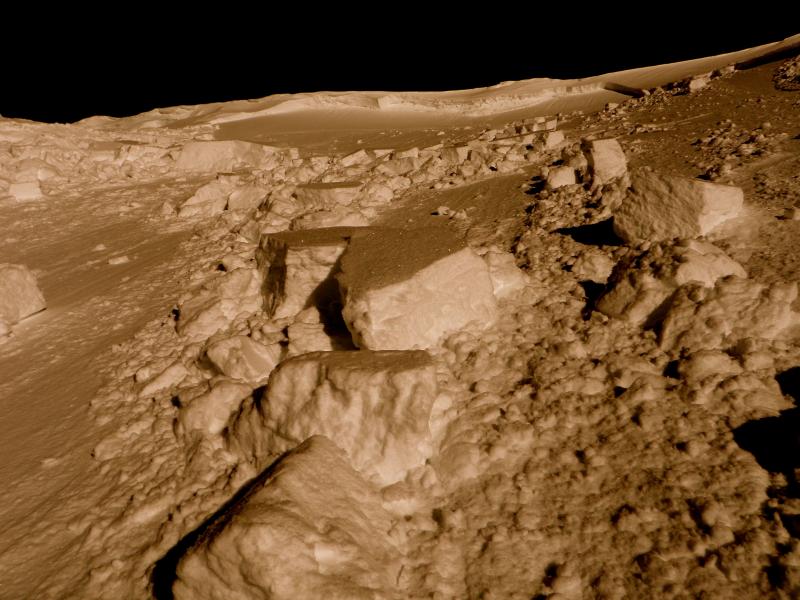 Big debris chunks that didn't make it down to the mellows 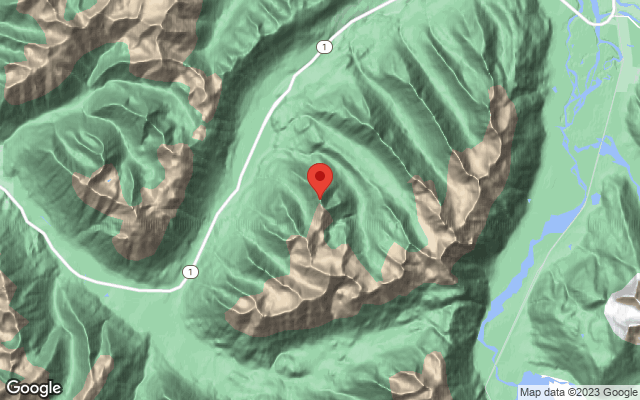