Toured up to Taylor Pass, Dropped off the backside into Lyon’s creek to dig a pit, and then up the backside of Sunburst.

Overcast skies becoming broken by mid day and gradually shifting to a few clouds in the evening.
Mostly light winds from the west, Blowing harder at Taylor Pass. Witnessed active snow transport along Taylor Pass around 1pm.
It felt like temperatures dropped throughout the day as the skies started to clear.

Most spots above the alders had light wind affect. Taylor pass was icy + scoured.

Probed in a few locations heading up to Taylor Pass starting at 2700'. Generally it felt like a right side up snowpack, and then 90cm-120cm below the surface it gave way (perhaps the soft facets) for ~20cm before a crust, then it felt progressively stiffer til the ground, Usually between 200-260cm below the surface.
Somewhere above 3000' I could no longer feel the snow give way, but it was also as I was approaching Taylor Pass so I am unsure if previous wind compaction resulted in the hardness of the snowpack structure changing.

Dug two pits in the Lyon Creek drainage on the backside of Taylor pass. Both at 3200'. Pit #1 on a NNE aspect and Pit #2 on a WNW aspect.
Pit#1:
HS 225-200cm. Dug ~115cm down.
Identified a layer of small facets sandwiched between two windcrusts 28cm below the surface. This layer gave us two results: CT25 that failed progressively (it broke, but when pulled from behind it was stubborn to pull out, until it was tapped on a few more times). This same layer propagated a fracture when it broke in an Extended column test. ECTP25.
Also Identified larger loose facets 60cm below the surface.

Pit #2: Dug in a thin-ish spot. The surrounding snow height was generally 275cm, but here it was 215cm. Dug ~115cm.
CT28 RP on a 5cm layer of facets beneath a windcrust, 32cm below the surface. This same layer produced an ECTN24.
A notable layer of larger facets was found 55cm below the surface. This failed in a sudden planar fashion when the compression test was overloaded with a boot stomp. It also sheared in a planar fashion when pulled on following the extended column test. 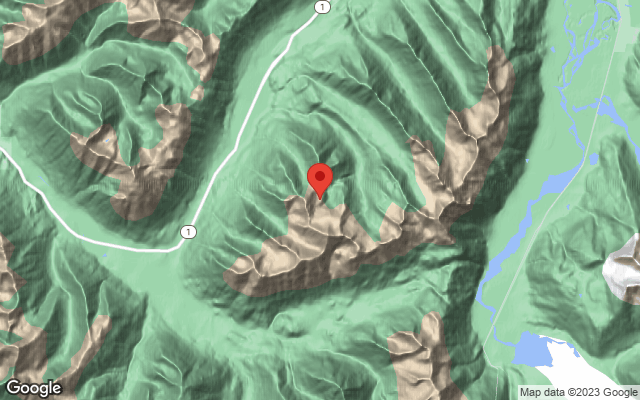