Avalanche notes: This occurred at an elevation above the preexisting ‘bullet proof’ crust. There is a concerning facet/crust combo below the new snow at this upper elevation. The set up here did not exist below 3,000′.

Collapsing – none felt by us but did get 2 reports of collapsing on ridge
Cracking – minor cracking in new snow above 3,000′

Snowpack:
Below 3,000′: 12-16″ of new snow on top of the old hard crust. The new snow was light and unconsolidated and though a bit upside down it lacked slab properties. Many people were skiing these elevation with no avalanche activity on Sunburst (Tincan was a different story). However, surface hoar does exist between the new snow and crust and something to keep in mind as the slab settles.

Above 3,000′: 16-18″ of new snow over various surfaces such as facets, crusts and surface hoar. The basal facets still exist at these upper elevations.

Snow surface:
A new layer of surface hoar tops the snowpack. It is around 2-3mm near treeline and up to 8mm on the ridgetops. 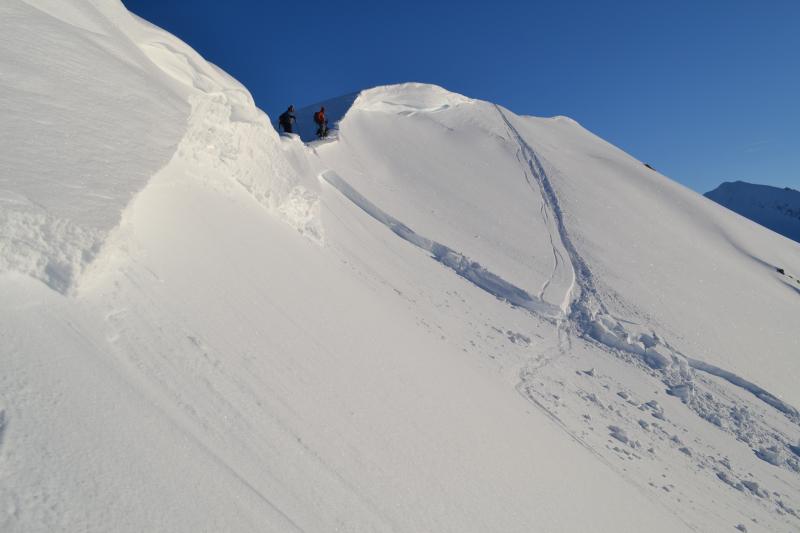 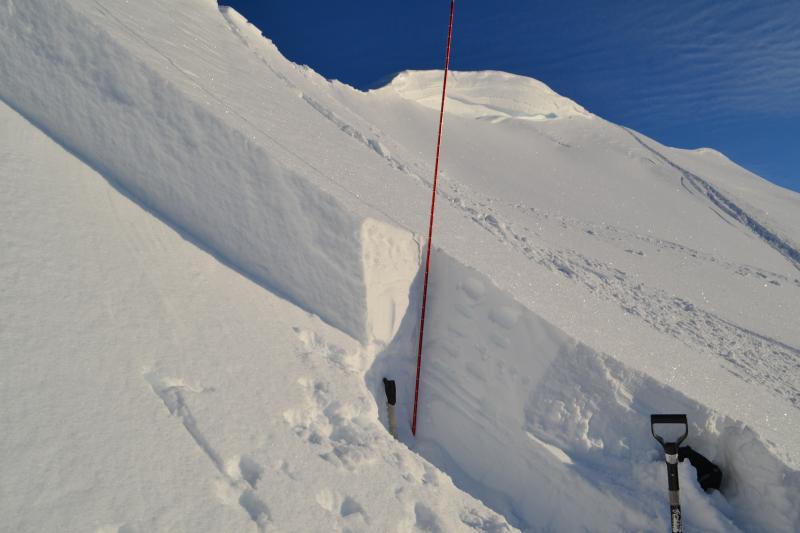 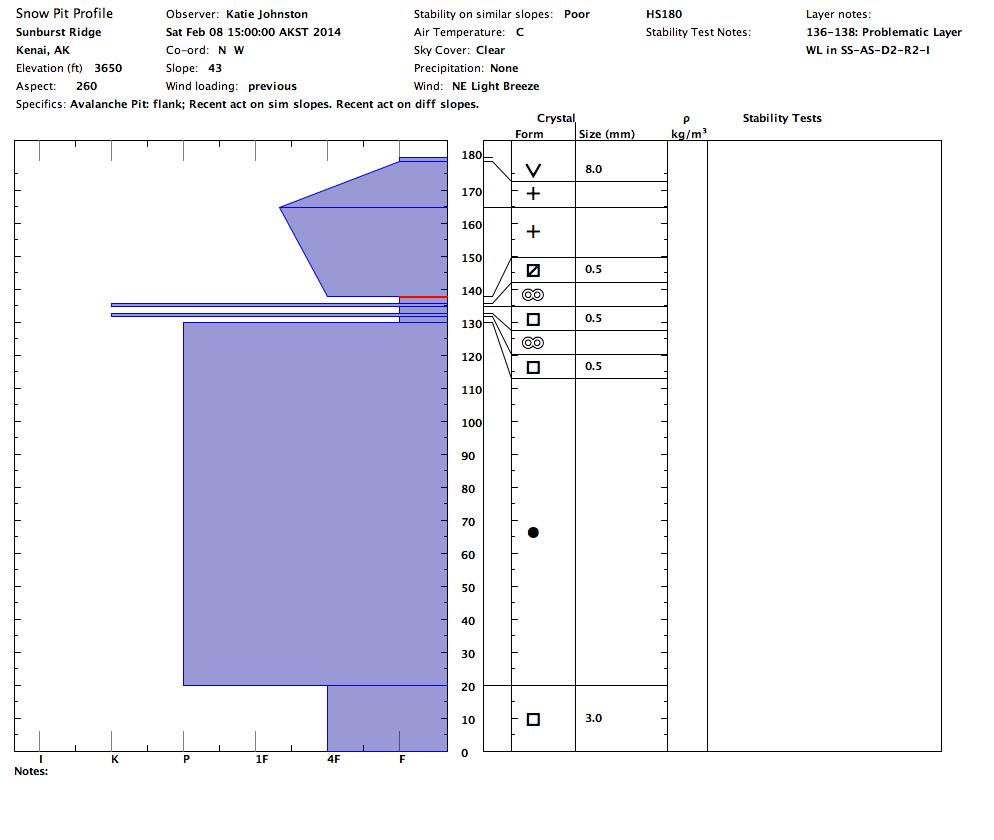 Crown profile for the Sunburst avalanche 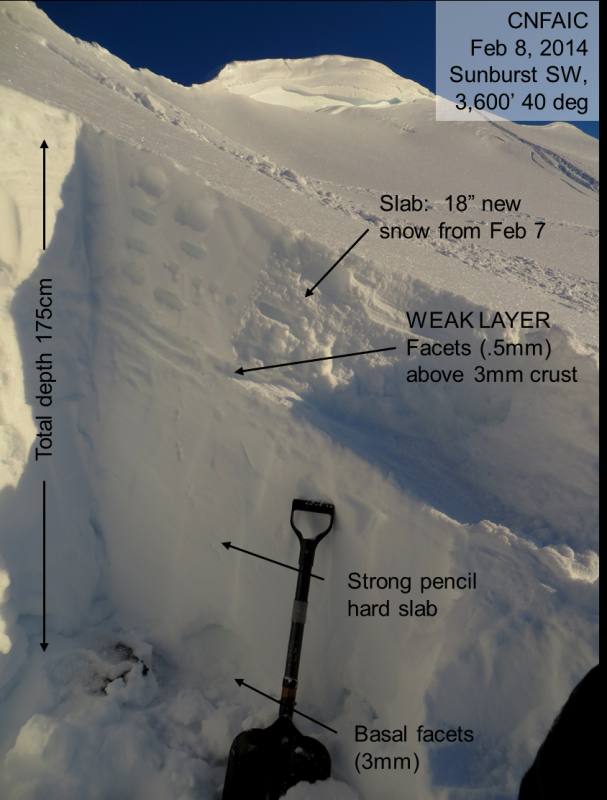 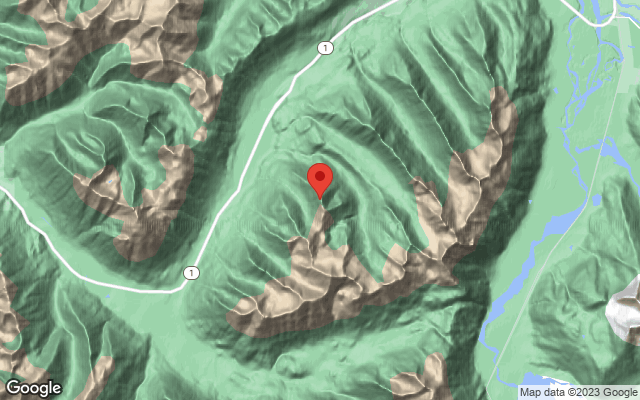