We did a quick tour up to the top of Sunburst to check on conditions after recent winds. Pleasantly surprised to find the winds had not done a whole lot of damage. We did see signs of recent wind loading just below the ridgeline, as well as in some cross-loaded gullies in adjacent terrain. We dug a pit at 3500′ on a SW aspect and were easily able to identify the Veteran’s Day surface hoar layer. We also noted the near-surface facets above the Halloween crust in hand pits on the way up, to about 2500-3000′ elevation before the crust became harder to find.

Cold. -12 F at the parking lot when we were heading up, slightly warmer at elevation, but still -12 F when we got back to the truck at 12:30. Light westerly winds once we got up to the ridge top kept us moving pretty quickly to stay warm. Mostly sunny skies with a valley fog layer along the Turnagain Arm.

Pleasantly surprised to see that the winds had not done a whole lot of damage in the area. We did see some scouring along the ridgeline, with loading on both the north- and south- facing slopes. Once we got just a little bit down from the ridge the snow surface was soft and appears to have been sheltered from any wind. Consistent surface hoar from valley to ridge, although it was smaller than what we have been seeing over on Seattle Ridge.

Main concerns were the Veteran's Day surface hoar layer, which was about 6" deep, and the facets above the crust from the Halloween storm. The Halloween crust becomes harder to identify around 3000' and was non-existent in our snowpit at 3500'. None of the weak layers were propagating in stability tests (details below), likely because the snow on the surface is still too soft to propagate a fracture. 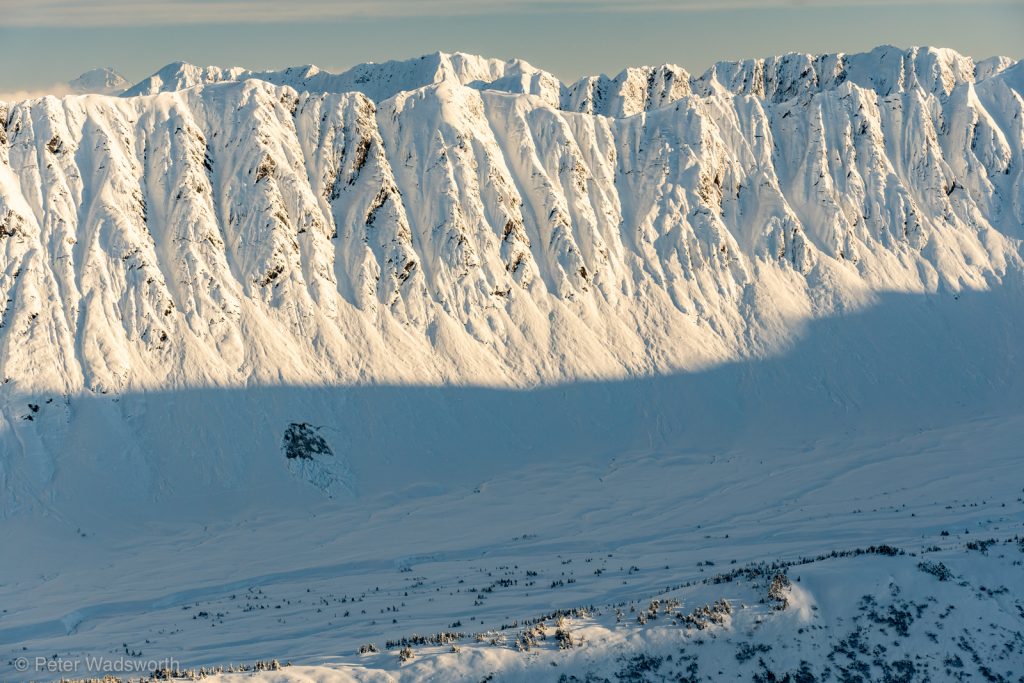 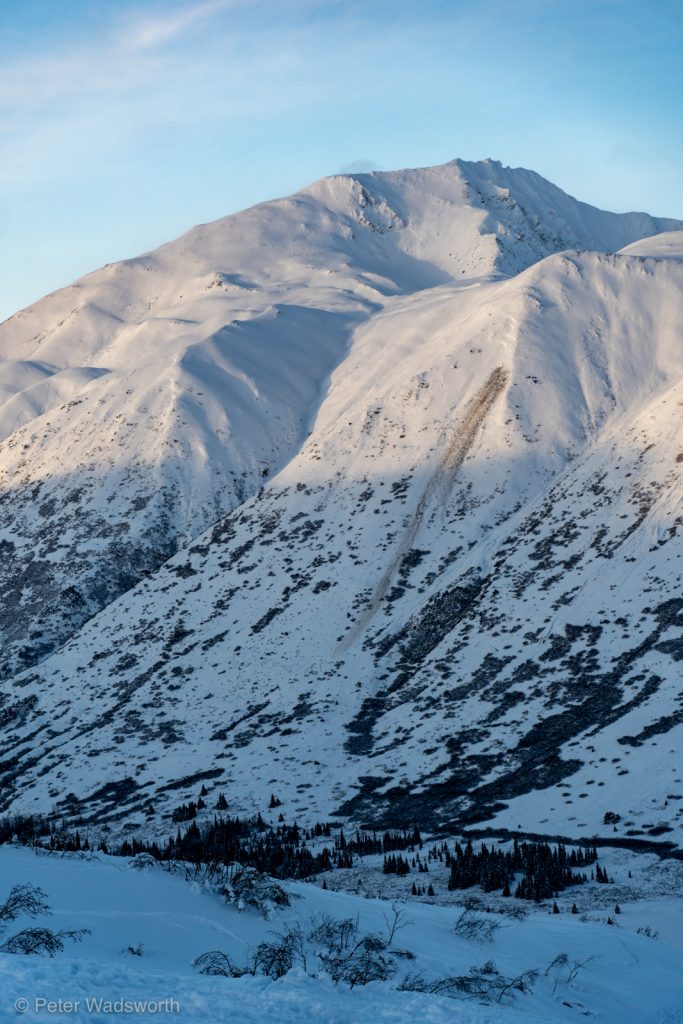 Two glide avalanches that had released within the past week. Photo: Peter Wadsworth. 11.18.2021 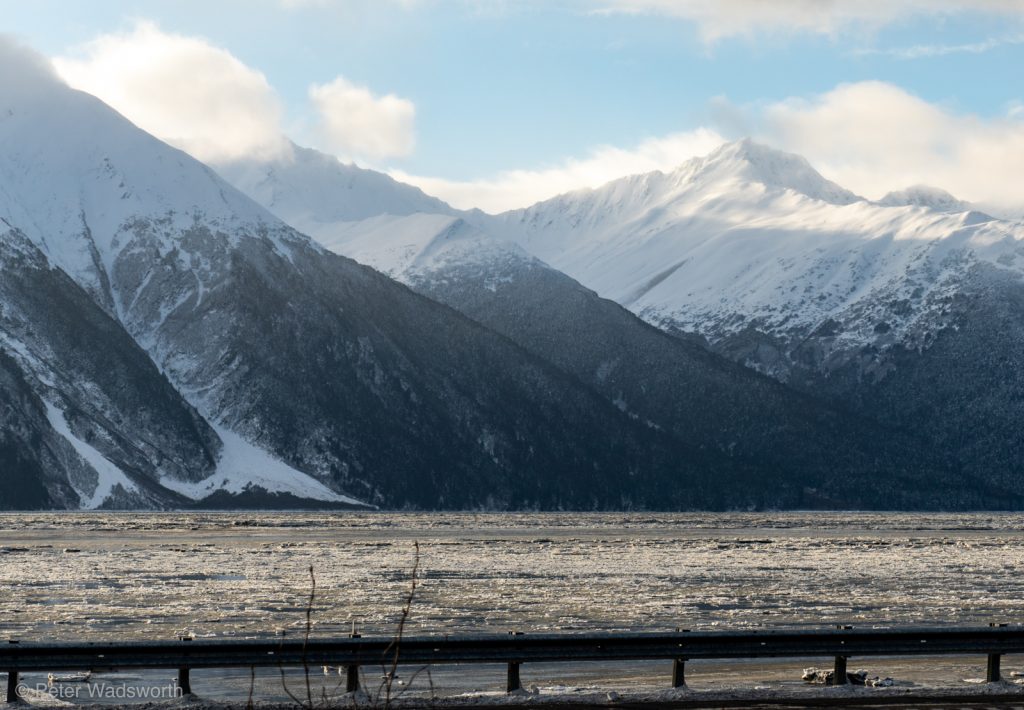 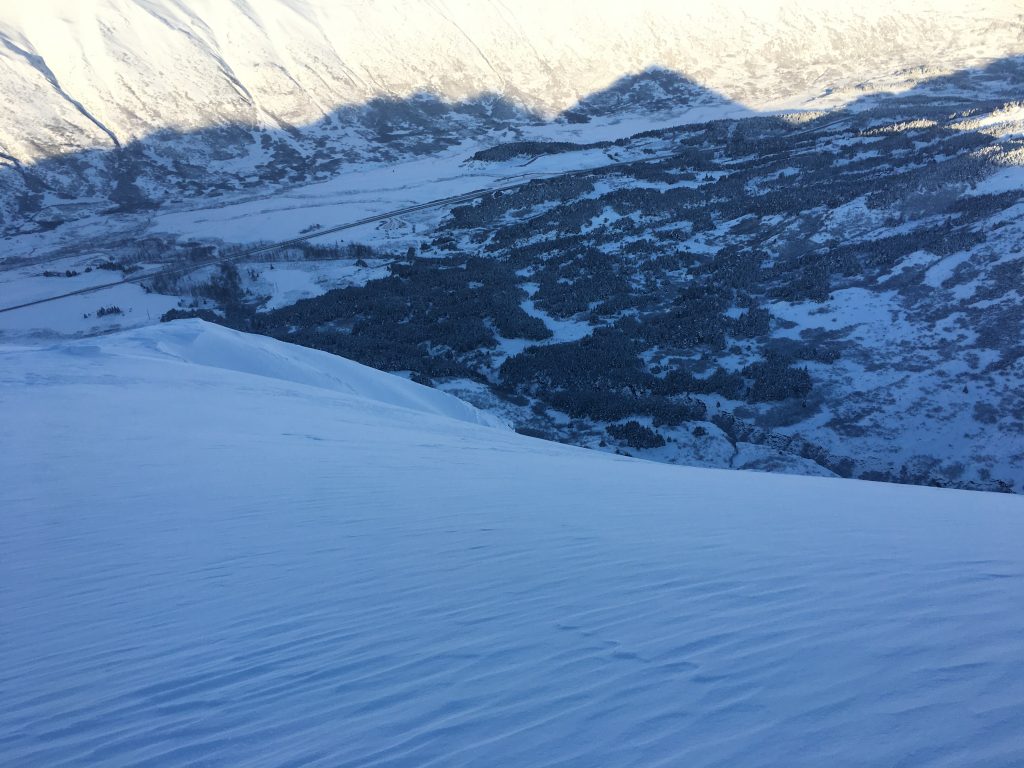 Wind loading on north-facing terrain just below the Sunburst ridgeline. 11.18.2021 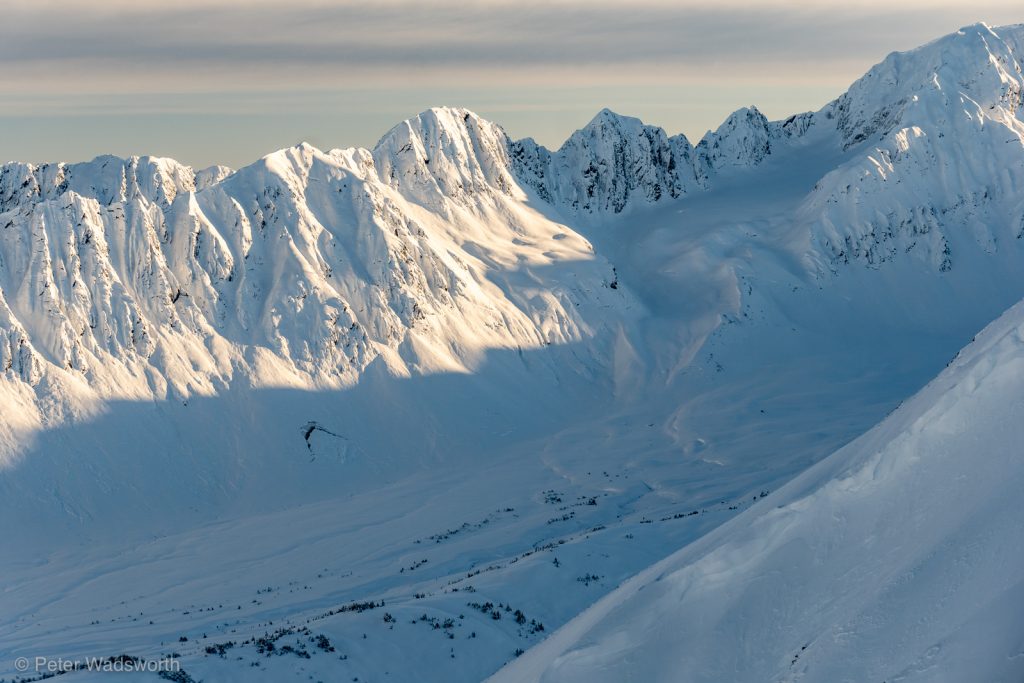 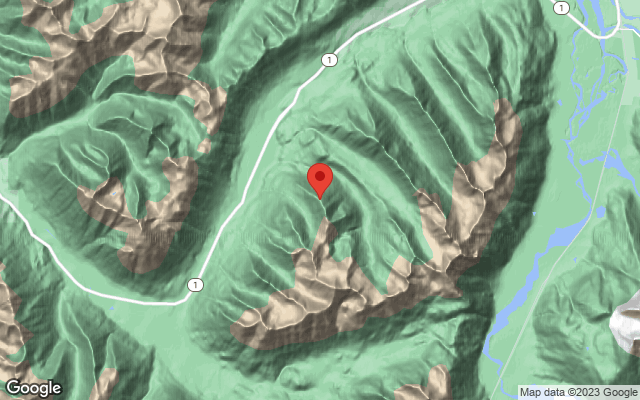