We toured up to 3100′, digging pits on W and NW aspects at the top and on a SW aspect at 1500′. A solid refreeze last night made for good skiing in the early afternoon as surfaces started to soften up. We headed back to the truck by about 3:00 as the surface became sloppy and unsupportable.

A glide avalanche released on a south-facing slope below Common Bowl on Tincan sometime between 12:30 and 2:00. Photo attached.

Supportable frozen crust on all aspects this morning, with softening surfaces around about 12:30. The frozen crust was about 4" thick in our west-facing snowpit at 3100', and closer to 2" thick on the NW aspect.

Pit 1 (NW aspect, 3100'):
-Refrozen crust was about 2" thick and supportable on skis but punchy without skis.
-Snow temperature was -1.5 C at 20 cm depth. This aspect is still in the transition to a springtime snowpack.
-Meltwater percolation columns had formed in the upper 2' of the snowpack. This means that there has been enough melt on northerly aspects for water to flow down through the snowpack.
-The snowpack was thin near the ridge where we dug (110 cm), but the whole snowpack was moist below the melt-freeze crust.
-ECTX

Pit 2 (W aspect, 3100')
-Frozen crust was about 4" thick and supportable with or without skis.
-3 different ice lenses in the upper 2' of the snowpack from meltwater moving through the pack.
-Moist snow below the melt-freeze crust. More moisture content in this pit than on the NW aspect.

Pit 3 (SW aspect, 1500'):
- Supportable 4" thick crust on our way up, totally melted out by 3:30.
- Wet snow in the upper 140 cm of the snowpack, looking like this pit was isothermal (has made the transition to a wet springtime snowpack).

Key take-homes today:
-Northerly aspects have a lot more meltwater moving now than they did over the weekend, but they still have a ways to go before the snowpack transitions to a more stable springtime isothermal snowpack.
-Strong refrozen surfaces made for good skiing, but conditions were trending to unstable with plenty of daylight hours left.
-Still seeing natural activity, as early as 12:30 pm. 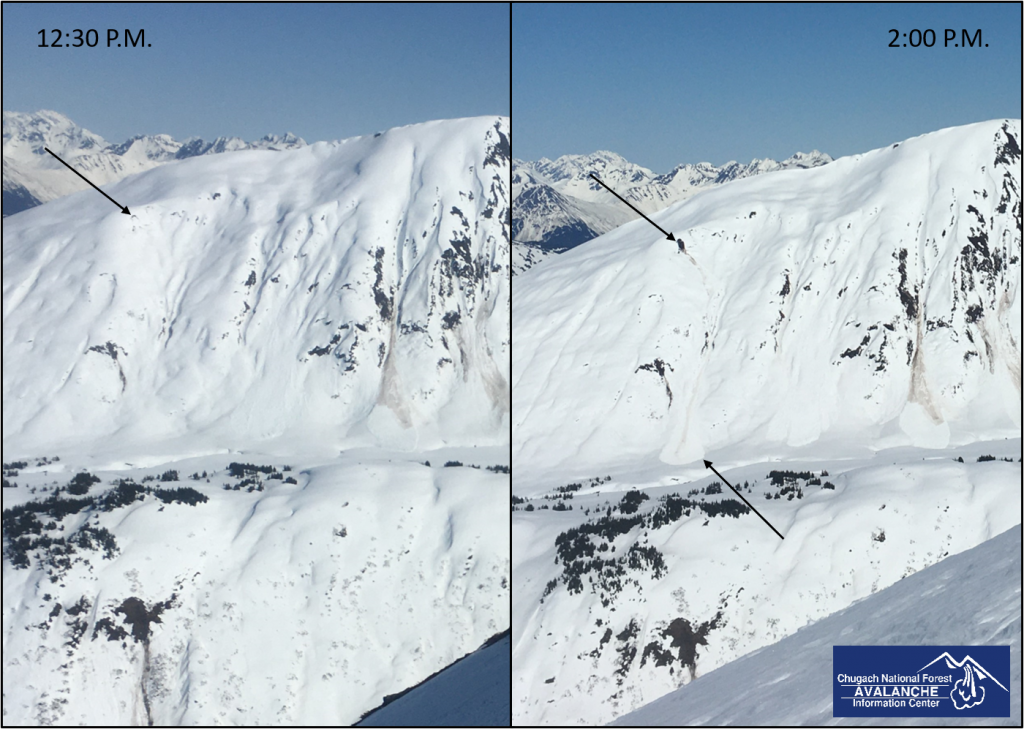 Photos of the same slope at 12:30 and 2:00 p.m. A glide avalanche released below Common Bowl sometime between when the two photos were taken. Arrows mark the existing glide crack, release area, and runout zone. 04.21.2021 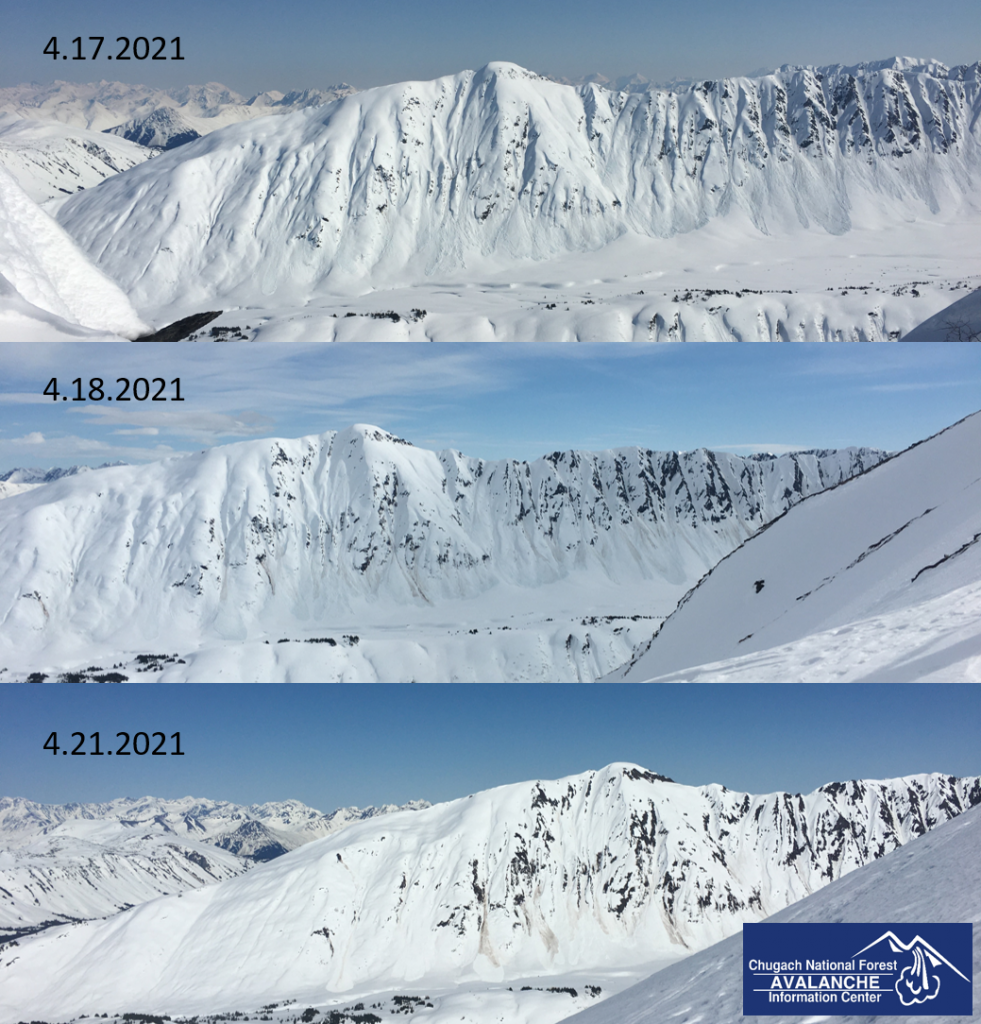 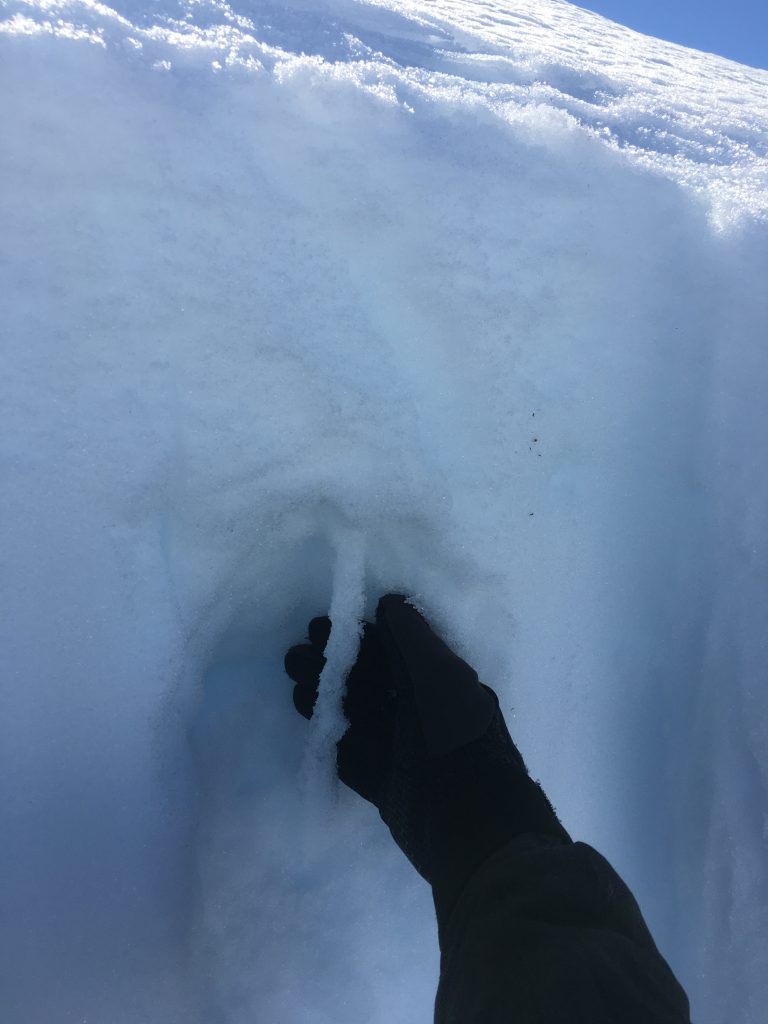 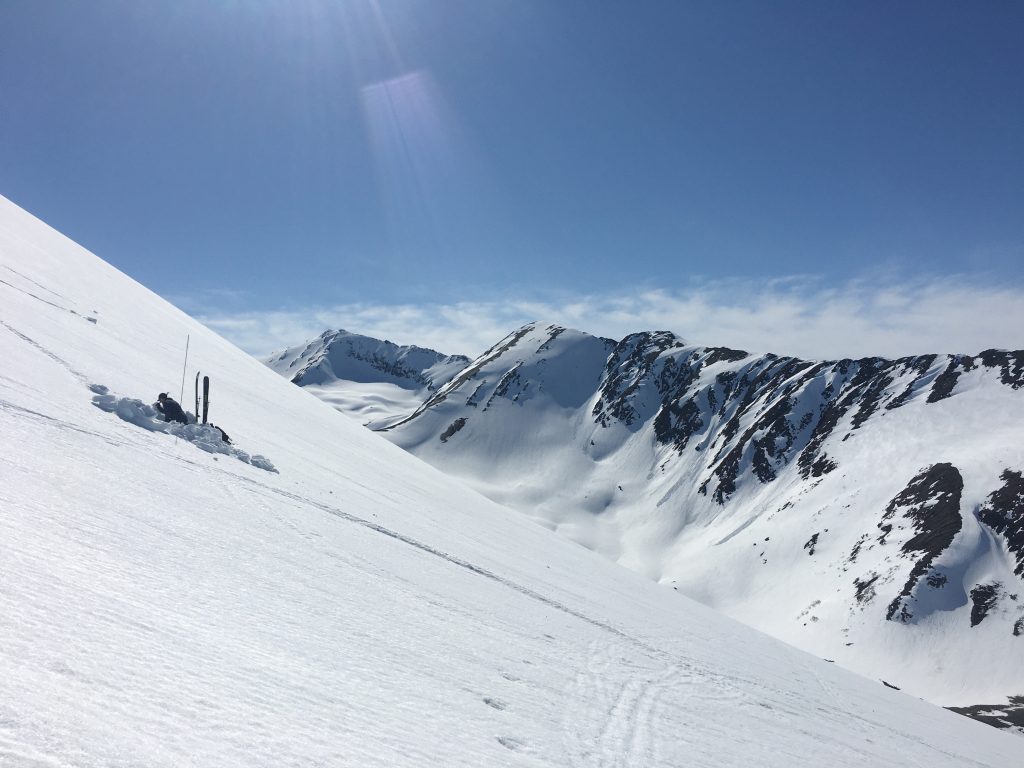 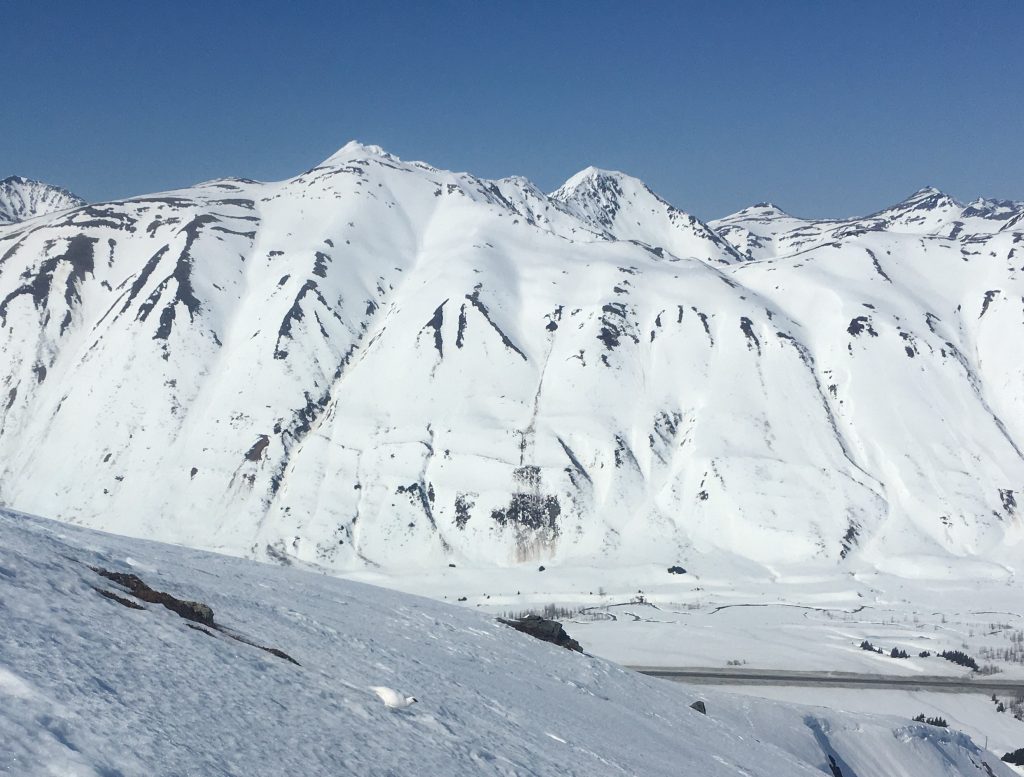 Ptarmigan coming over to check out the snowpit (foreground). Debris on Seattle ridge from the shed cycle over the past 5 days (background). 04.21.2021 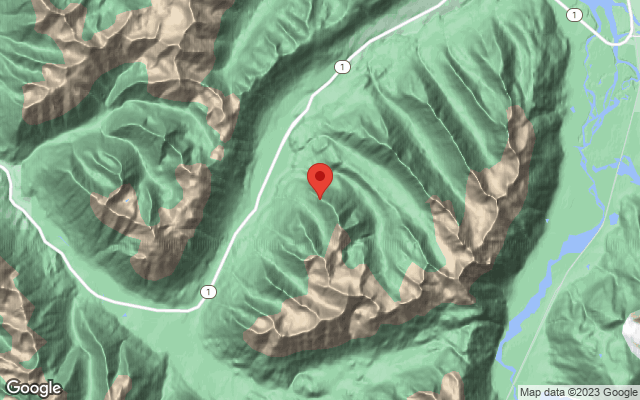