We skinned up to 3400′ and dug pits at three elevations along the way. We found mixed surfaces, with some obvious signs of recent transport above 2000′. Luckily the winds didn’t ever pick up above about 5-10 mph while we were out!

Clear skies with cold air in the valley bottoms this morning. Light southeasterly winds picked up at the mid-elevation around noon, but winds were calm on the ridgetop by 1:00 p.m.

6-8" of low-density snow at the surface, with little or no evidence of recent wind transport below 2000'. For the mid- and upper elevations, there was obvious signs of recent scouring and loading, but we did not see any signs of active loading while we were out.

We dug pits at 1750', 2300', and 3400', finding remarkably similar conditions in the upper 3' of the snowpack. The 1/28 surface hoar layer was buried under 6-8" of soft snow. We were also finding a layer of decomposing stellars buried about 1.5' deep that was showing up in some, but not all stability tests. Neither layer seemed very reactive, from stability tests, shovel shears, or ski cuts. All signs pointed to good stability on slopes that had not been wind-loaded, but we were skeptical of those that had been loaded.

Total snow depth varied, from 6' in places that had seen scouring earlier in the season to over 9' deep in areas that had not seen any scouring. 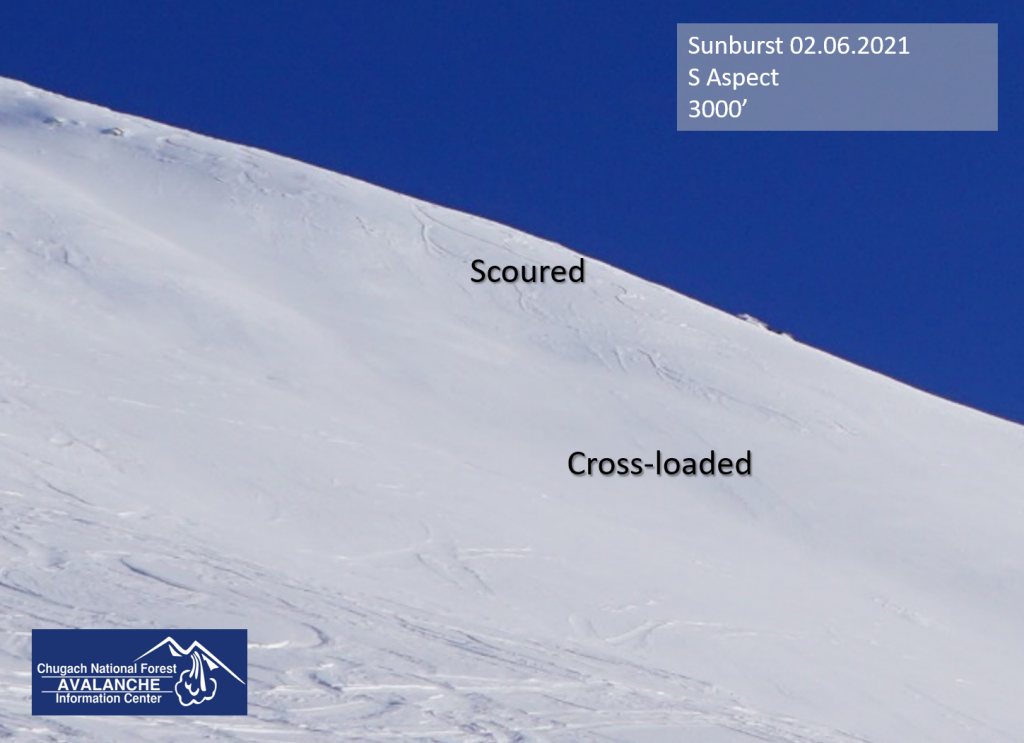 Evidence of recent cross-loading on the mid- to upper elevations. We were careful to avoid slopes that we suspected to have seen recent loading. 02.06.2021 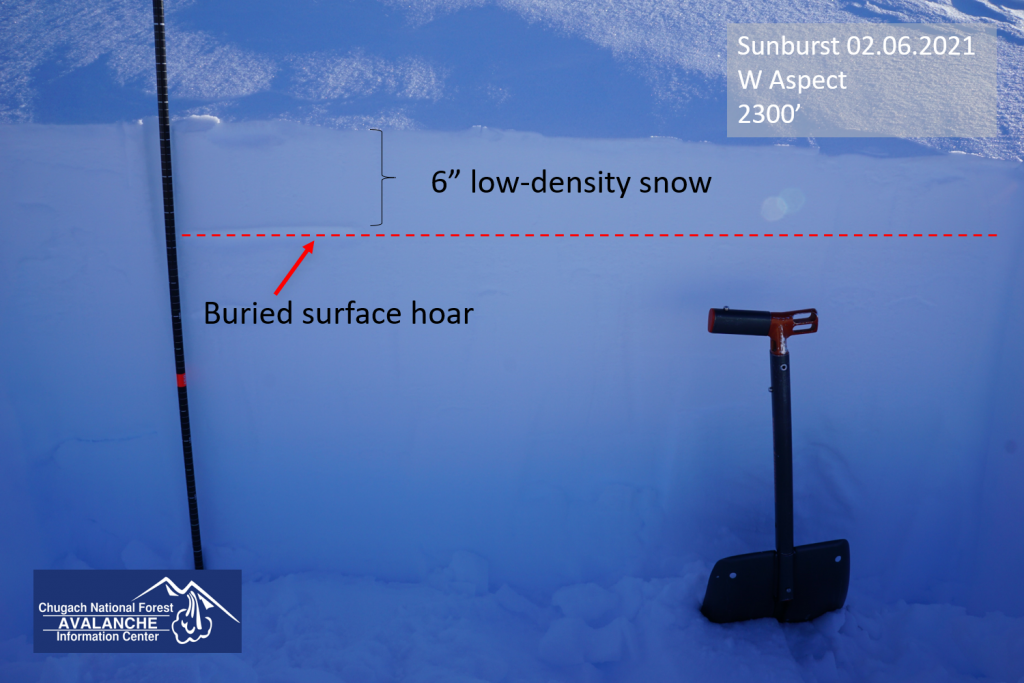 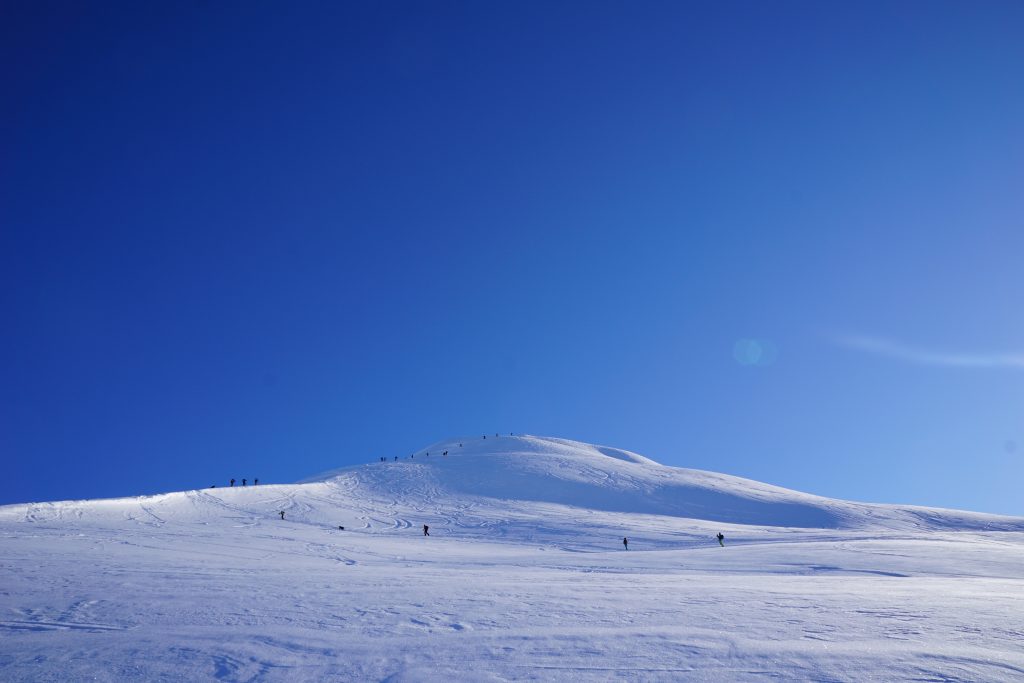 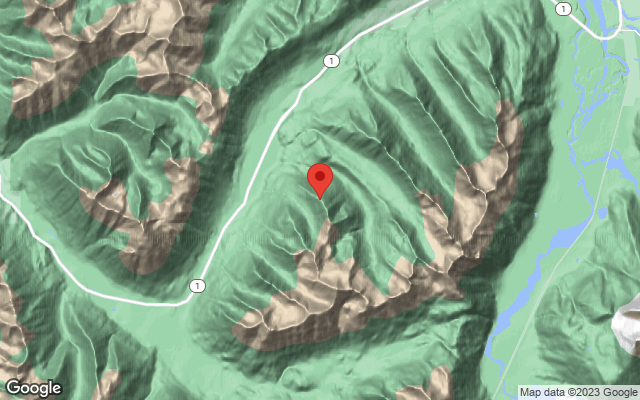