Weather:
Mostly obscured skies with the sun trying to break though now and again. Snowing lightly intermittently. Around 1cm accumulation during the afternoon. Temperatures around 20F. Winds were calm.

Signs of instability:
It was easy to initiate sluffs on steeper slopes – approaching 40 deg. No slab activity was seen, only minimal, low volume and slow moving point releases. See video.
No cracking. No collapsing.

Surface conditions:
6″ of new – low density – snow at 1000′ and getting a bit deeper with elevation. 8″ new snow at 3,000′. The new snow was very light and no wind was present. Sun was beginning to dampen the southwesterlies by 6pm.

Snowpack obs:
The main concern today was how much new snow had fallen, if it had been wind effected, sun effected and how it was bonding to the pre-existing surface. No wind was present but the sun began to moisten the surface and begin to ‘slab’ up the new snow – but only slightly and on south and west facing aspects. A fair to poor bond was seen with at the new/old snow interface.

As far as riding/skiing conditions – fun but not enough new snow to keep you off the old hard/crusty surfaces and bottom feeding was prevalent. 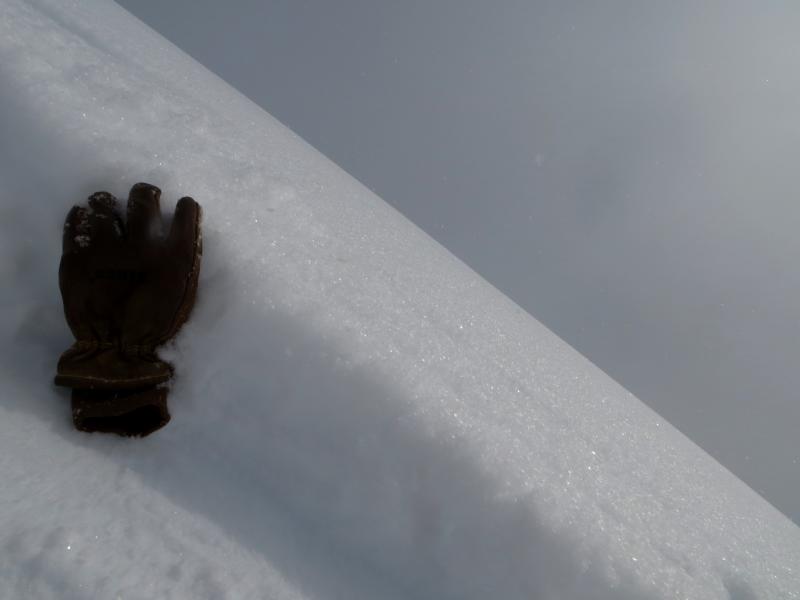 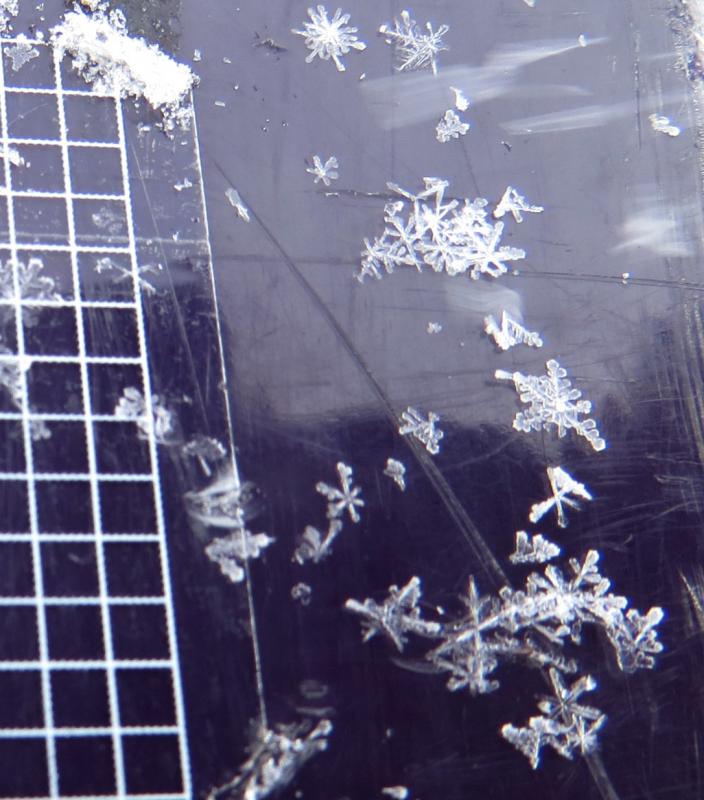 A closer look at the stellar dendrites from today 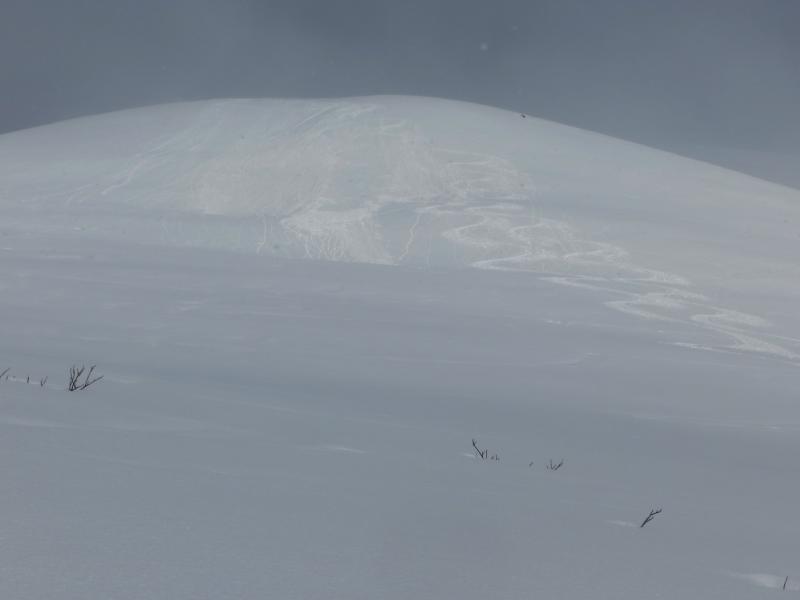 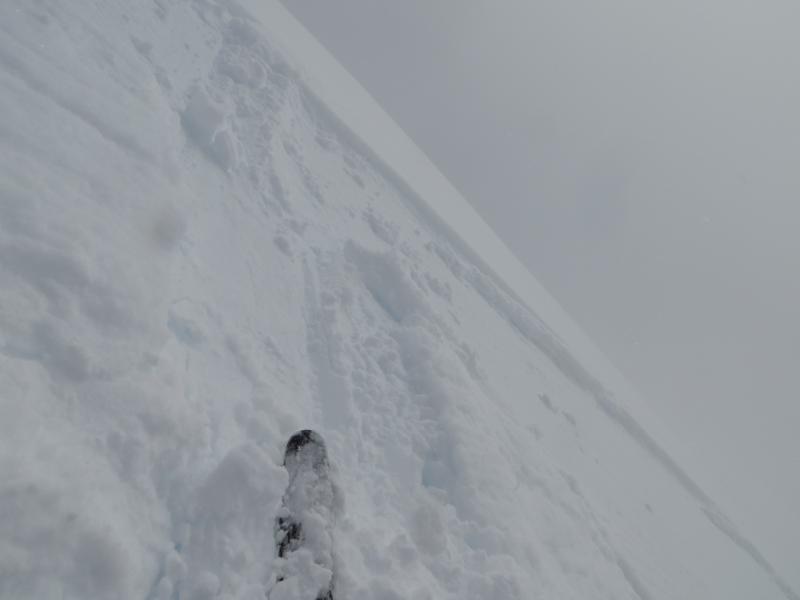 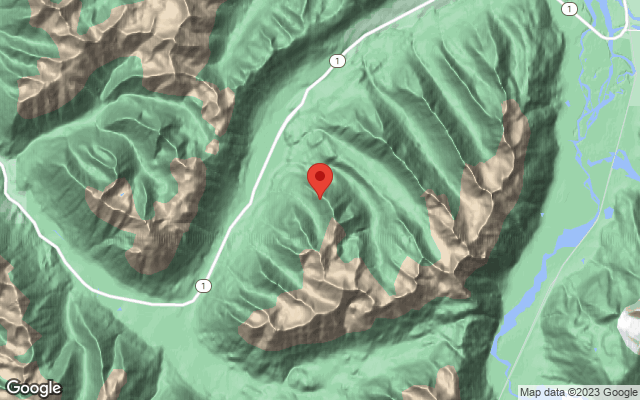