Not from party involved but from another group in the area:
We skinned up the standard sunburst ridge route, to just before the weather station. We skied to the valley floor. A skier then skied down the small bowl just before (west) of where we skied. We didn’t see the slide. But looked up to see him on the bed surface. The crown broke above him and it appeared he was able to self arrest in the bed surface. His upper tracks run right down the middle of the run. About half way down he cuts way over to the lookers left, out of the deeper snow in the gulley and onto a steeper rocky rib that likely had a lot less snow than the gulley he was just skiing.
The skier seemed fine. He was side stepping back up the slide path to look for his pole. He was in contact with another person at the top who ended up skiing in our tracks a little further down the ridge.

There was a collapse on the skin track (which was already in, we weren’t breaking trail) in the flats right where the skin track starts to climb to Taylor pass. 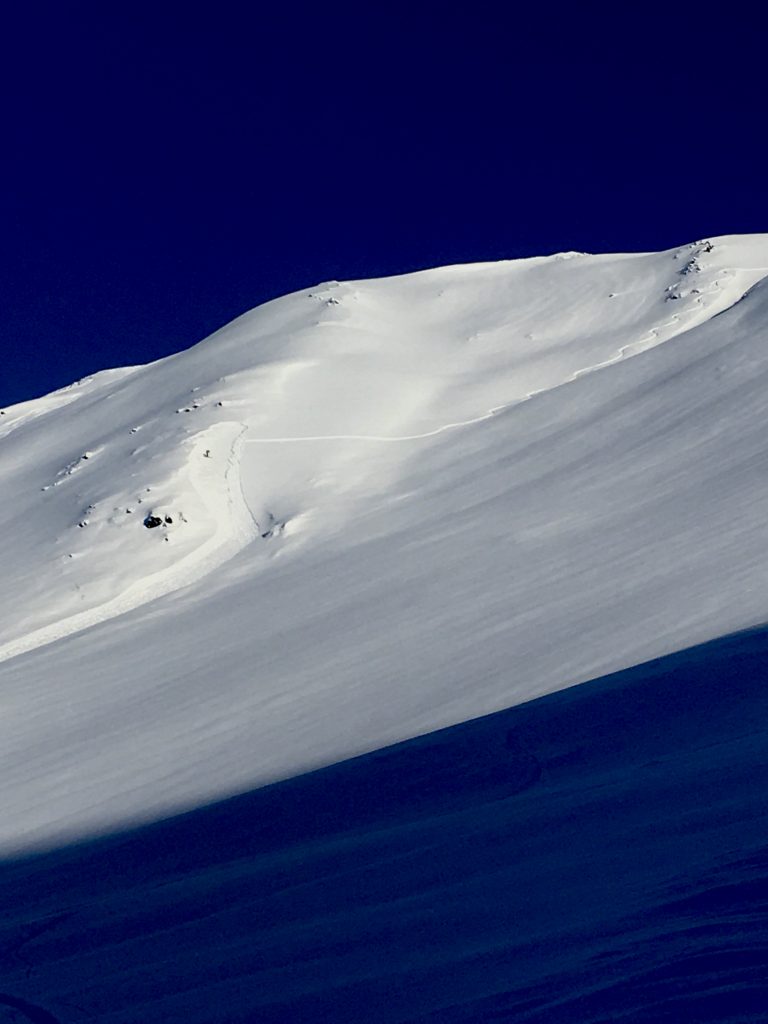 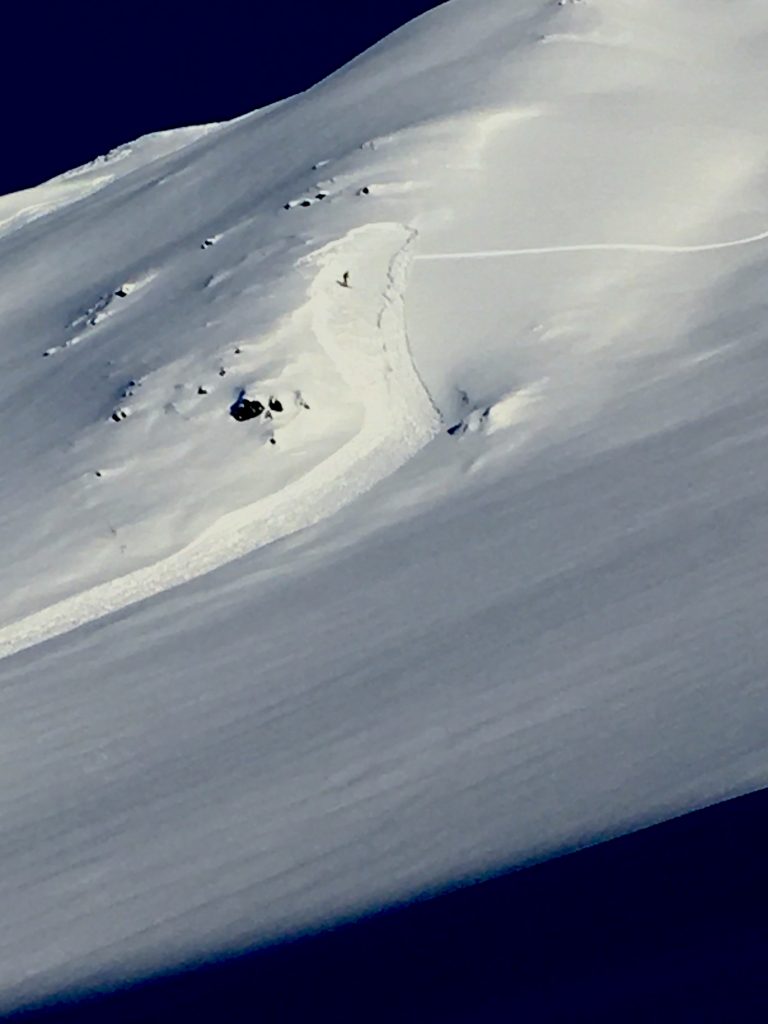 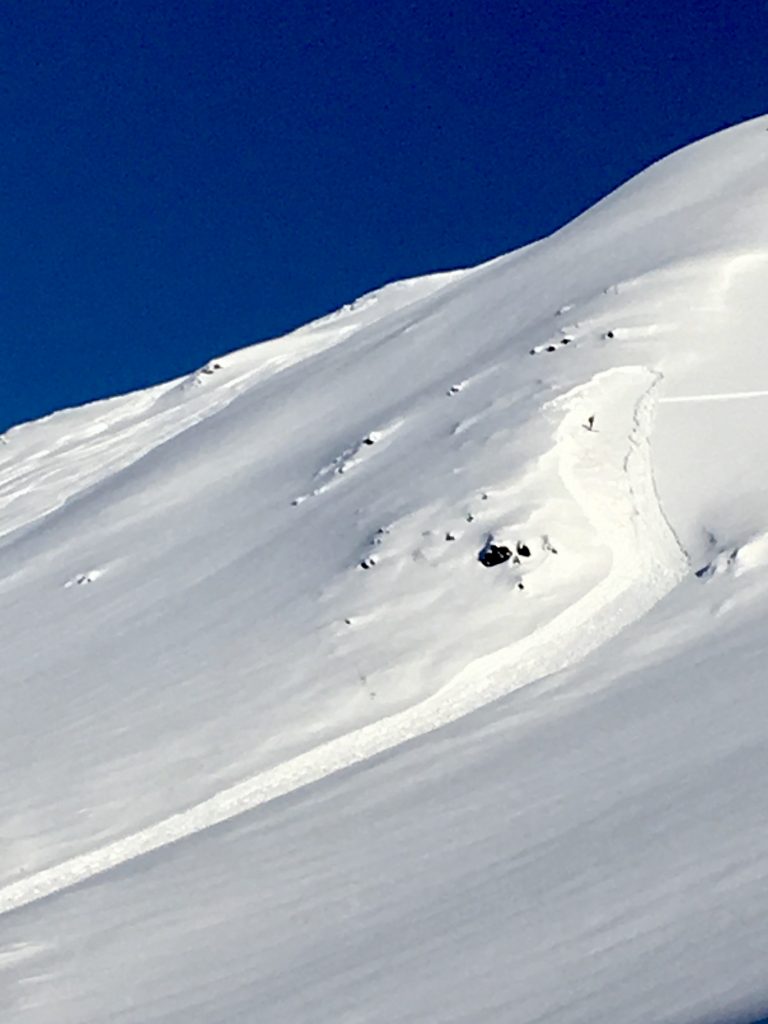 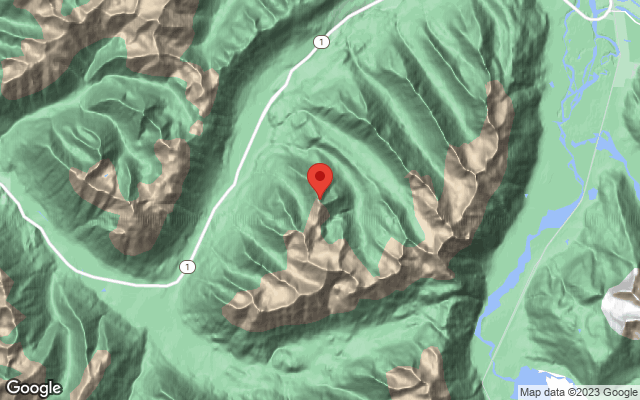