Snow surface: Soft snow as reported in Predeger ob yesterday – above 3000’ some tracks closest to the ridgeline had been slightly blown in by winds. Additionally, very slight wind affect present on the surface of more southerly aspects, while more westerly aspects remained soft.

Snowpack:
See below for a photo of numerous glide cracks forming at the back of the library near kickstep. A few loner glides were also observed in the library closer to tincan. 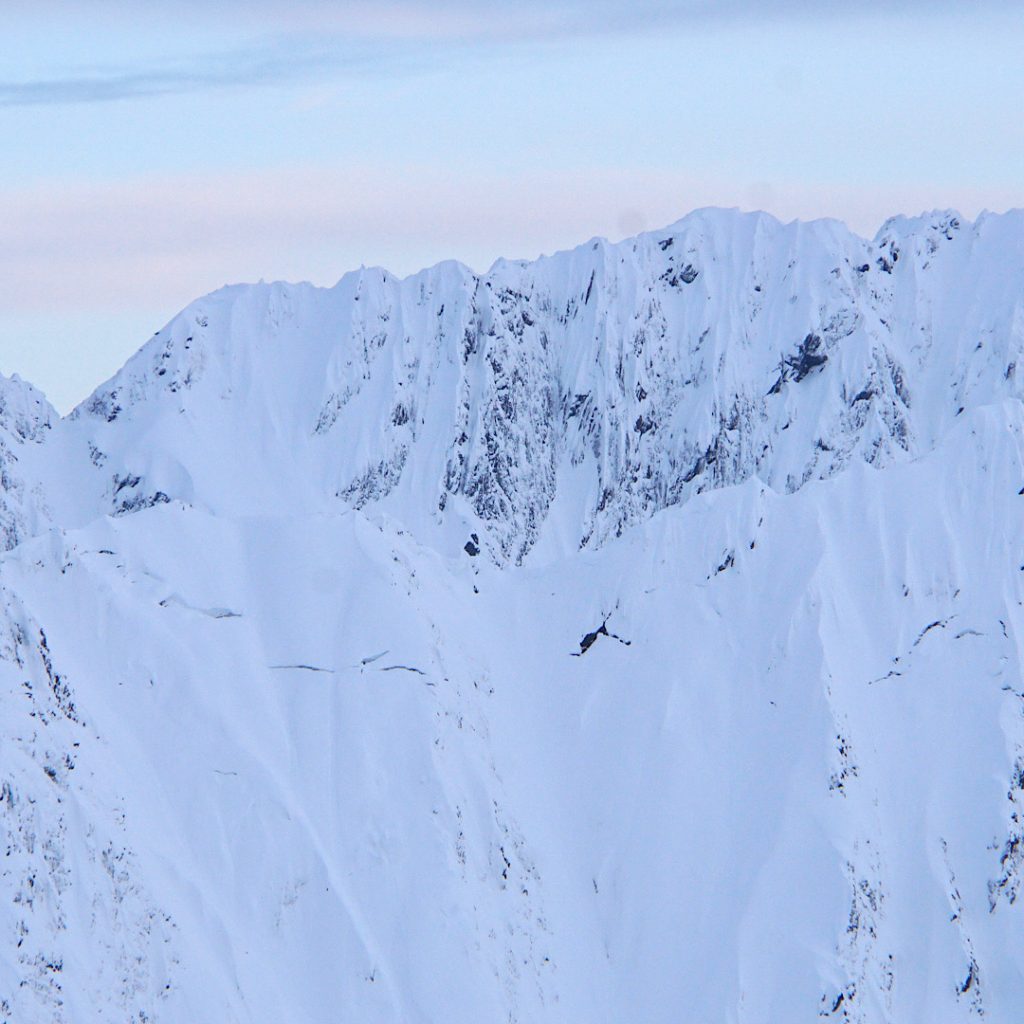 Guess who’s back? Back again. Glide cracks are back, tell a friend! These are on the library, on the kickstep end. 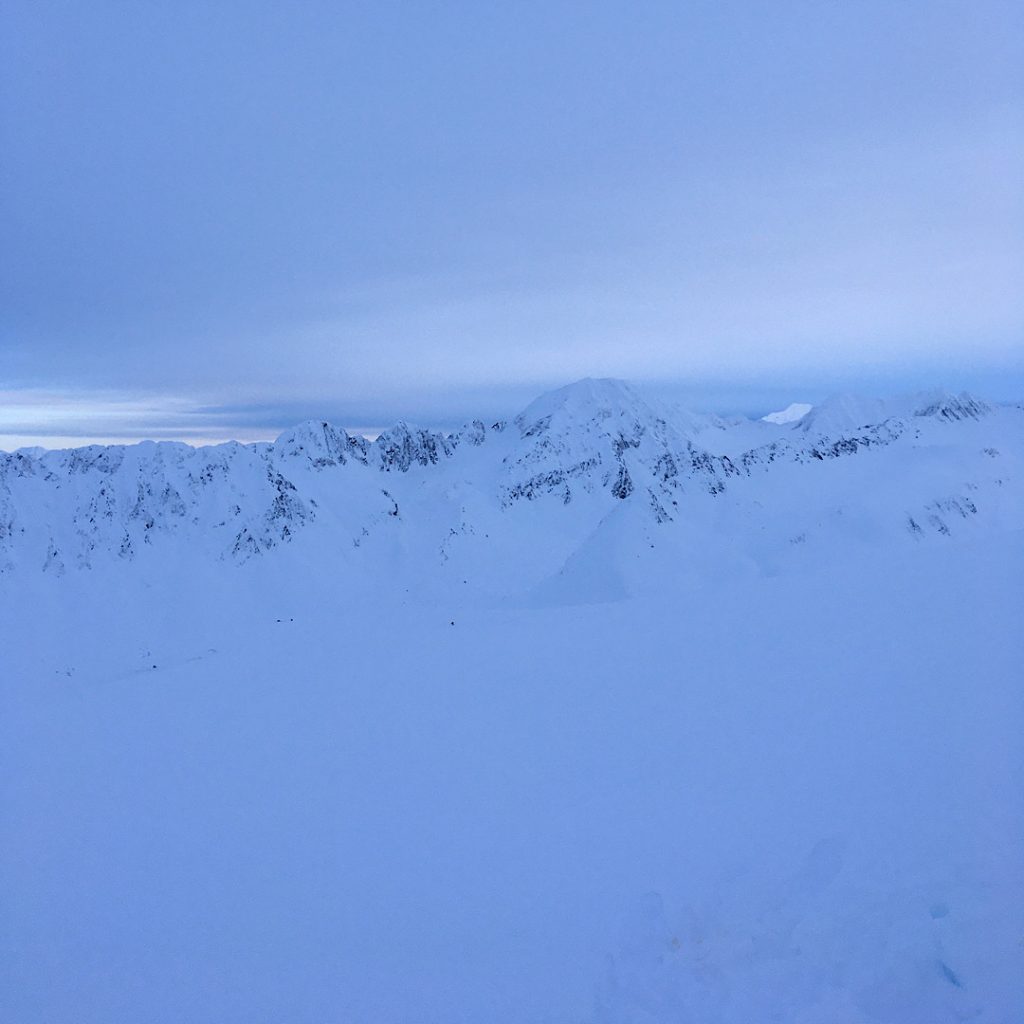 Overcast sky by the end of the day. 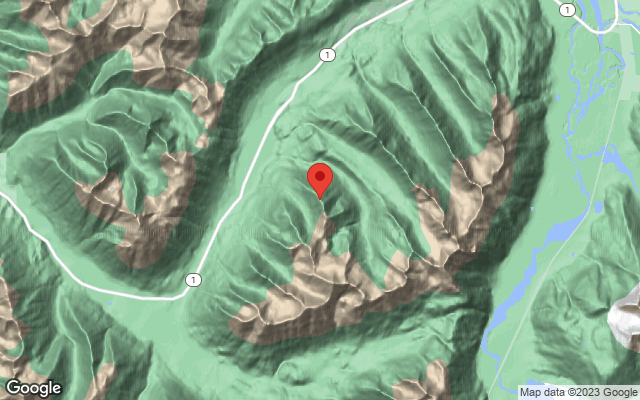