Snow Below the surface
We dug in a shallow upper elevation location today. We were able to get the mid
December Surface Hoar layer to react in tests. This pit location represents the
weakest snow we have been able to find in the Turnagain zone over the past
month. The overall snow depth ranges from 70cm to 105 cm in this pit (tapered
pit at the margin between a ridge and gully). The BSH layer in this particular
pit had a lot of pore space – I was able to push a gloved finger into and
through the layer when performing a hardness profile. Everywhere else that we
have been able to find this layer in the last 3-4 weeks it has been “squished”,
flattened, compressed by the overlying slab, very difficult to detect and
non-reactive in tests. This BSH is confined to the upper elevations (above
3,000’). Despite the results in this pit, it is unlikely that humans could
trigger an avalanche on this layer due to its inconsistency (structural) across
slopes. We will continue tracking this layer through this dormant phase. 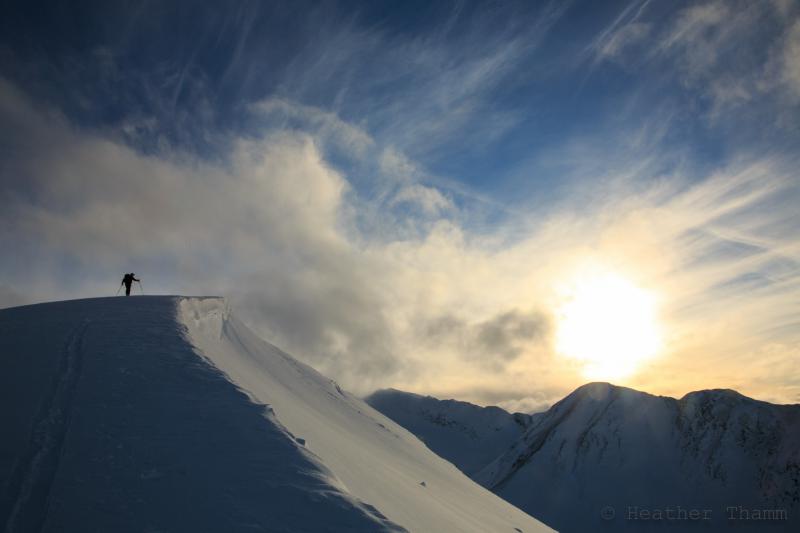 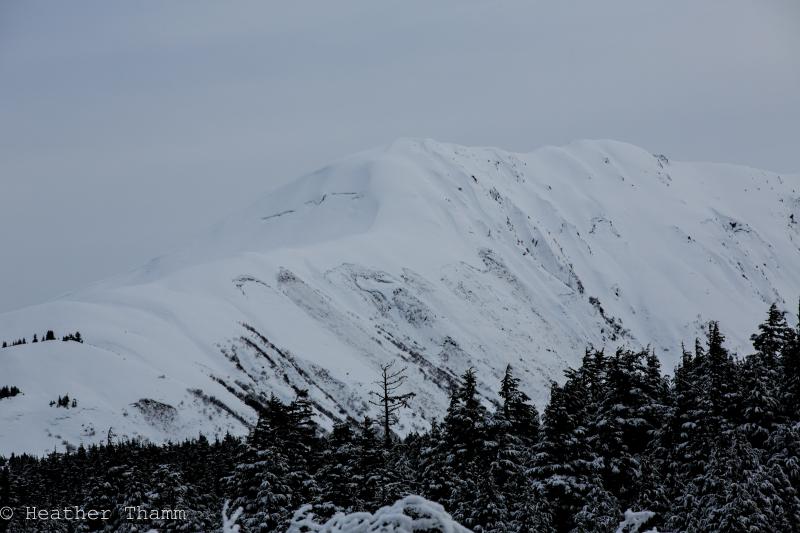 Eddie's, a glide crack factory of late. Note the headwall crack which has reapperead this week. 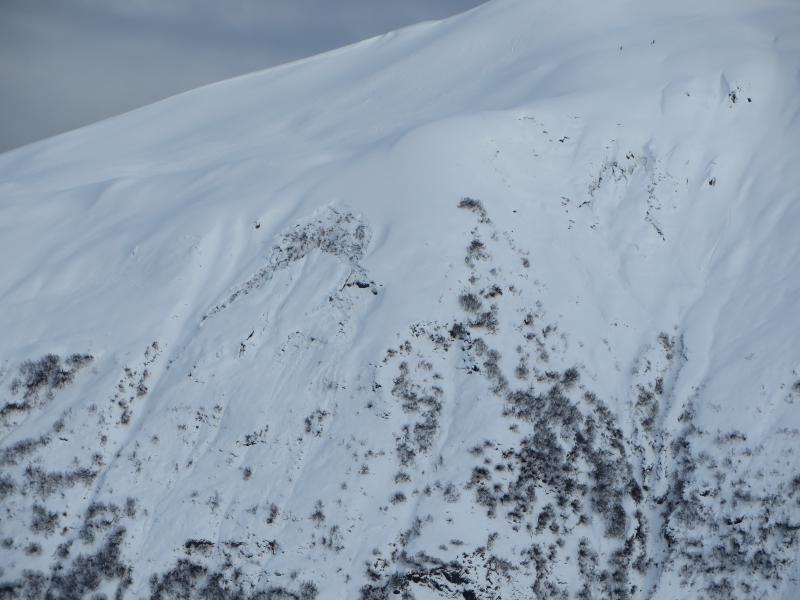 Another glide crack that is very slowly moving downhill on S facing Tincan below Common Bowl around 2,500' 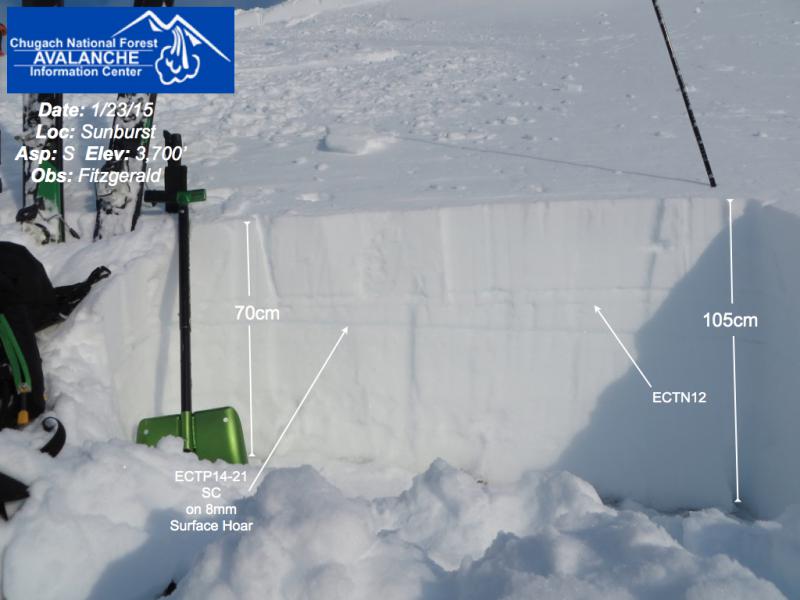 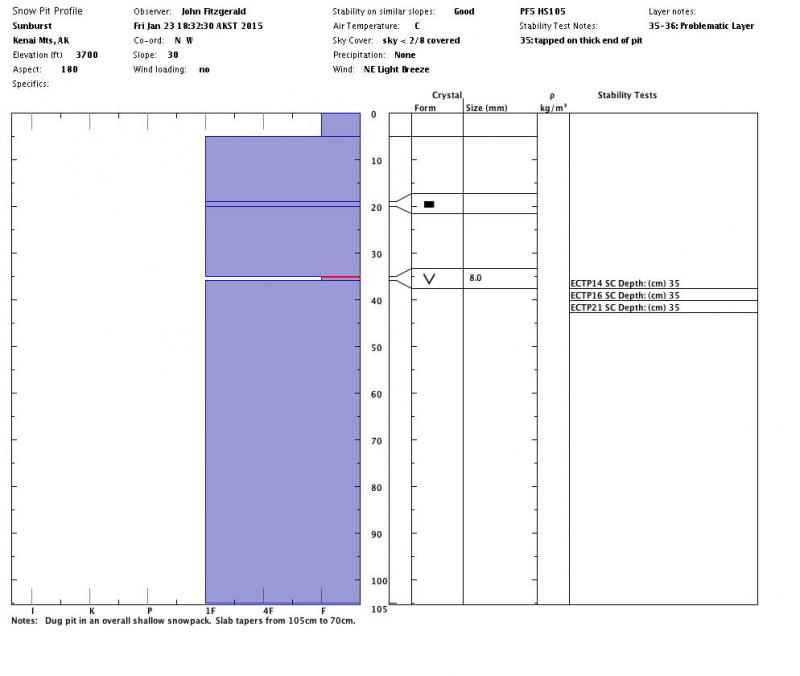 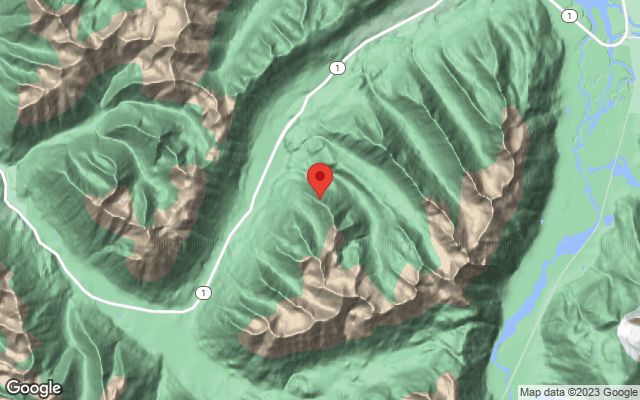