Dug 2 Pits at 2200' on WSW aspect about 50' apart and had very different structure. In one pit the MLK buried surface hoar was only 35cm below the surface and propagated with moderate force in two Extended Column Tests (ECTP15, ECTP17.) The slab was composed of 15cm of new snow on 1F-hard old snow. The other pit had 30cm of new snow on facets/sun crust with no propagation in Extended Column Tests. The MLK layer was found ~60cm below the surface and was well bonded, couldn't get it to sheer w/ sideways force.

Dug 2 pits at 4400' and 4450' on WSW aspect had similar structure. The new snow/old snow interface was 35-40cm below the surface and was mix of 1mm facts and 3mm buried surface hoar on 1cm suncrust. Stability tests failed constantly on this layer with moderate force (CT9, CT11x2, ECTP13, ECTP14, ECTP16, ECTP17.) The valentine's day facets were also found in both pits, but only failed in one CT. The MLK buried surface hoar was found in one pit 80cm below the surface and failed with moderate to strong force in two tests (CT17, ECTP29.) See pit diagram below.

The layer of most concern in our pits was the new snow/old snow interface that was first covered up on 3/7/19 by the first of three storms. We were also surprised to see the MLK layer reactive and showing propagation in two of 4 pits today. 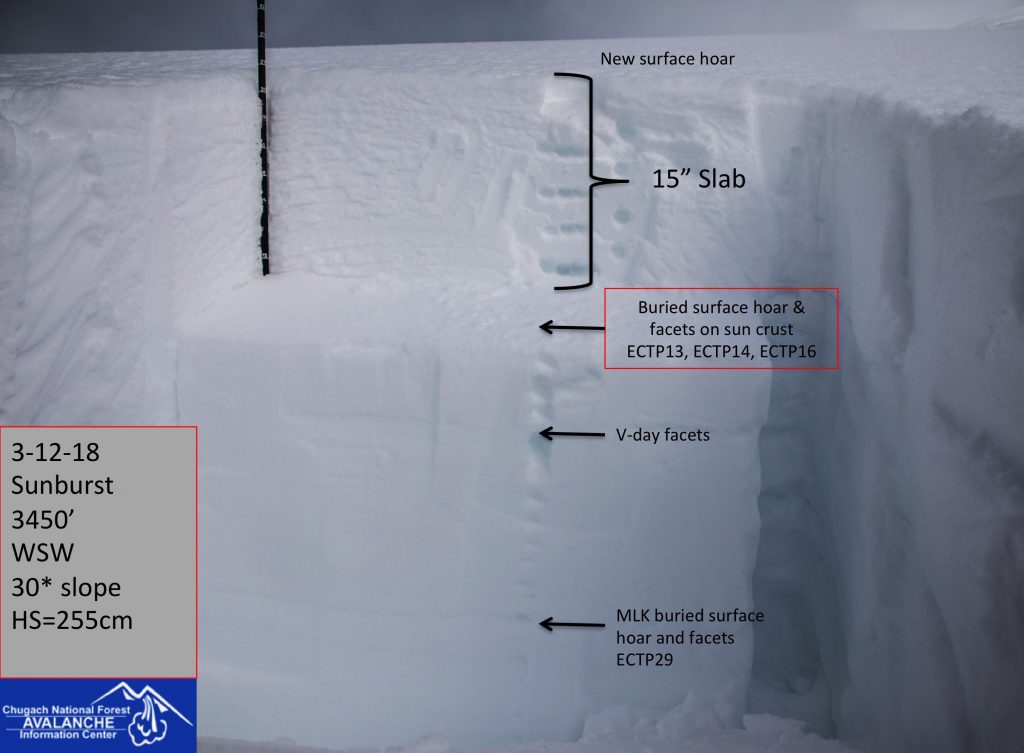 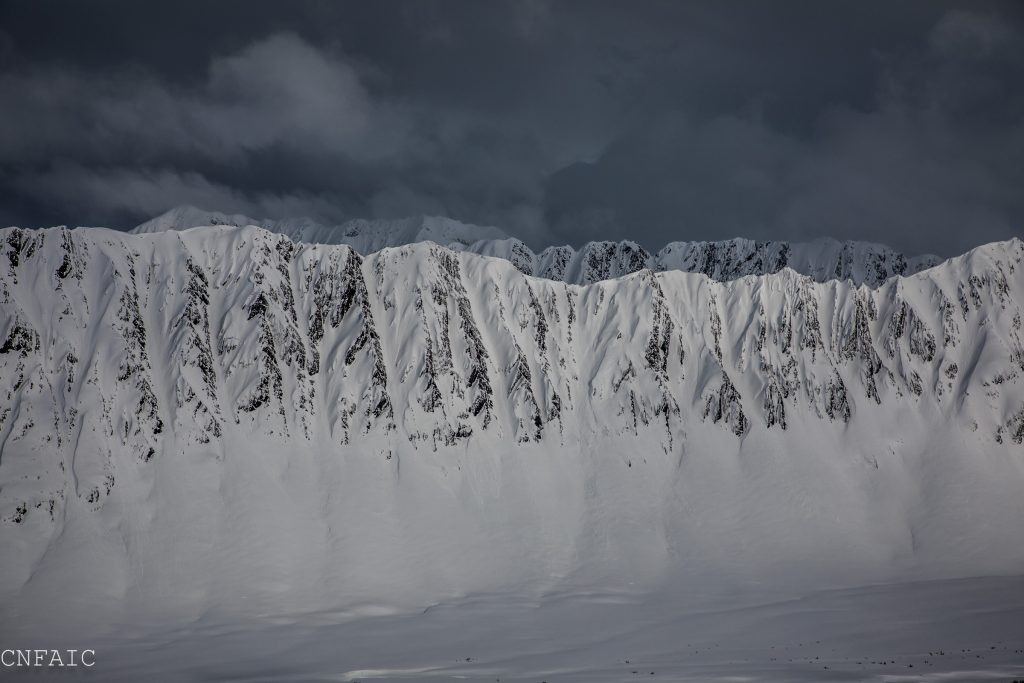 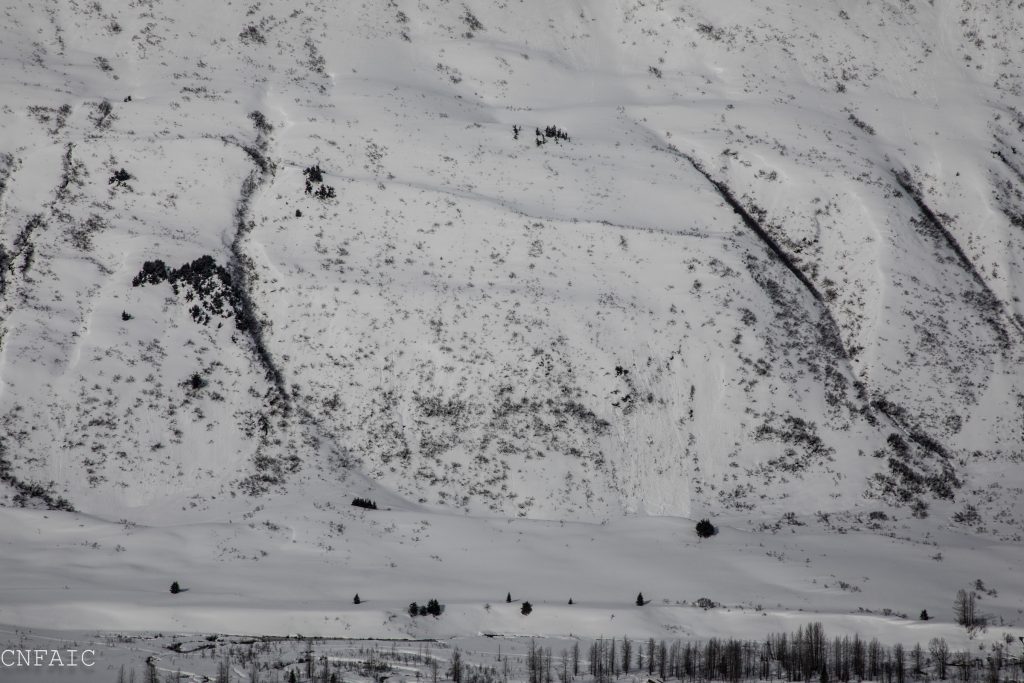 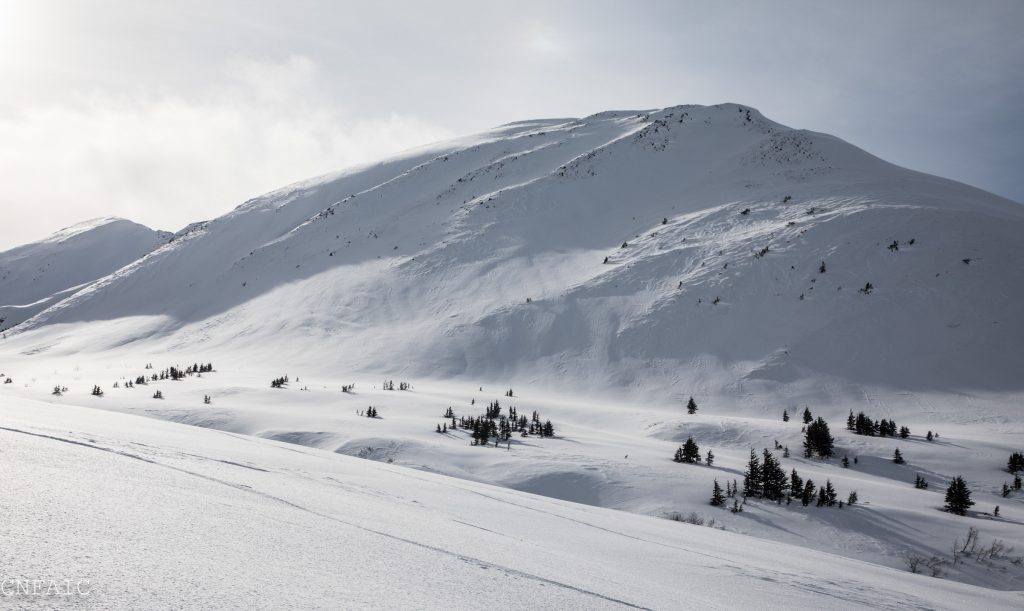 Wind textured surfaces on N side of Magnum 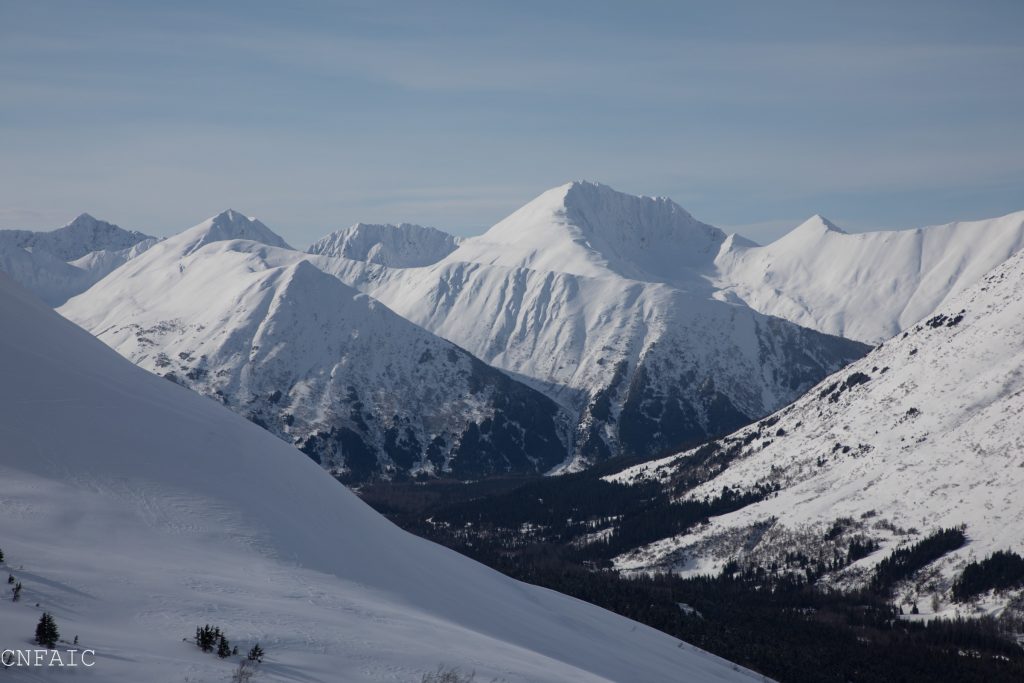 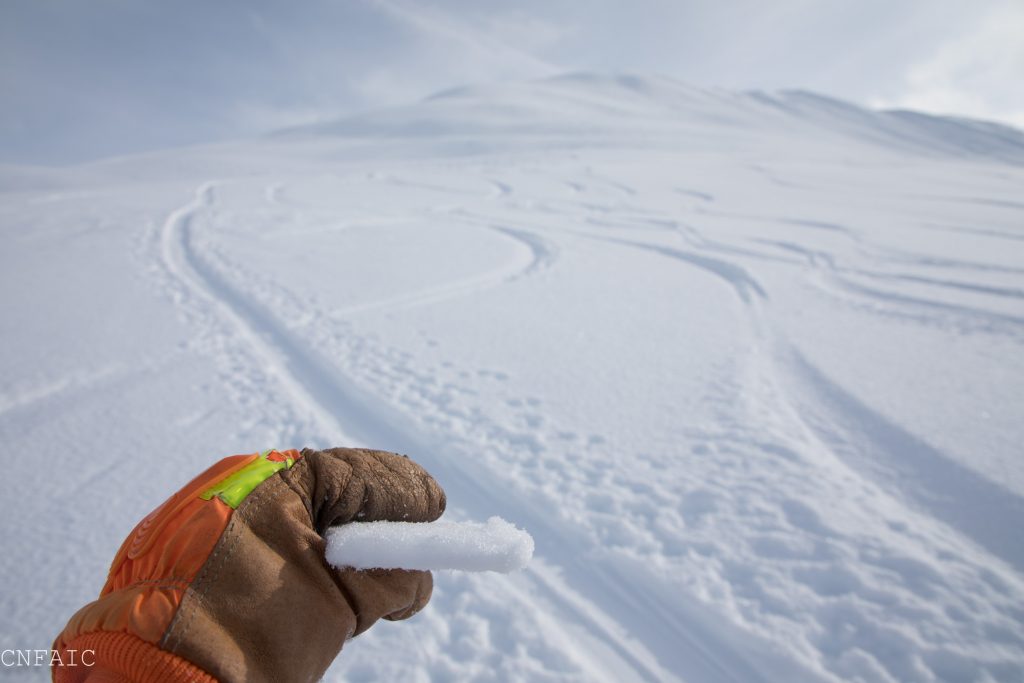 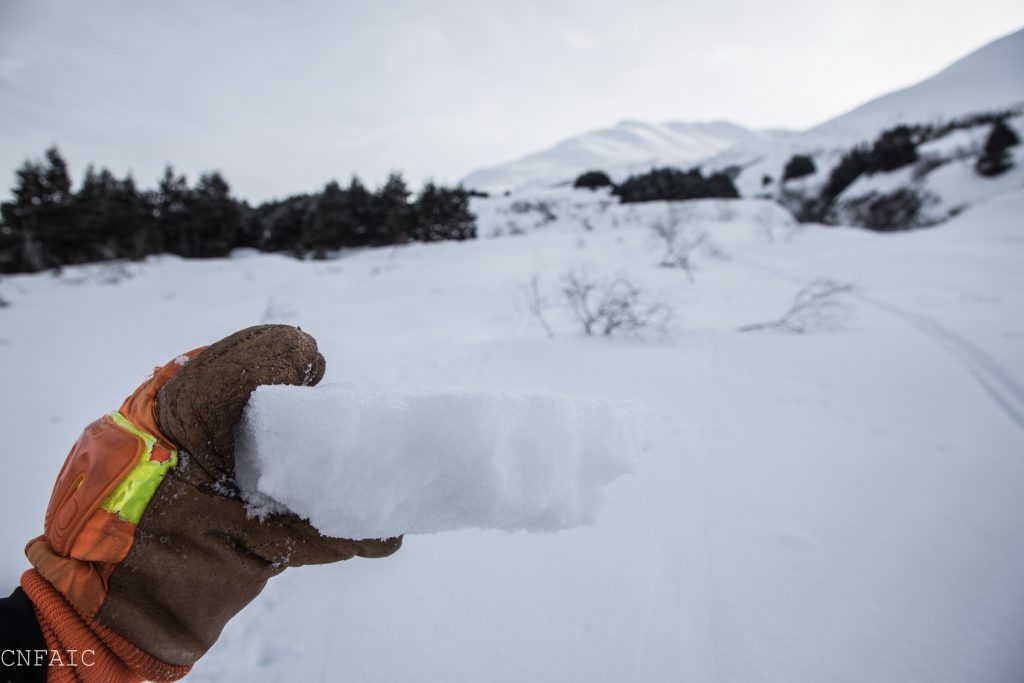 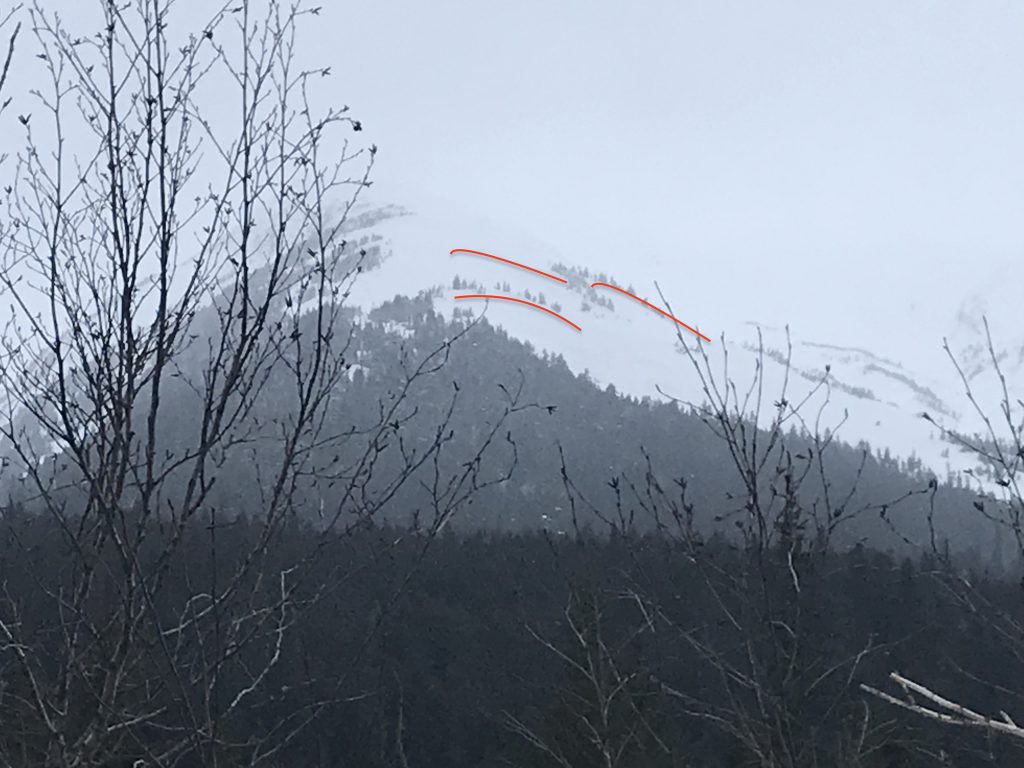 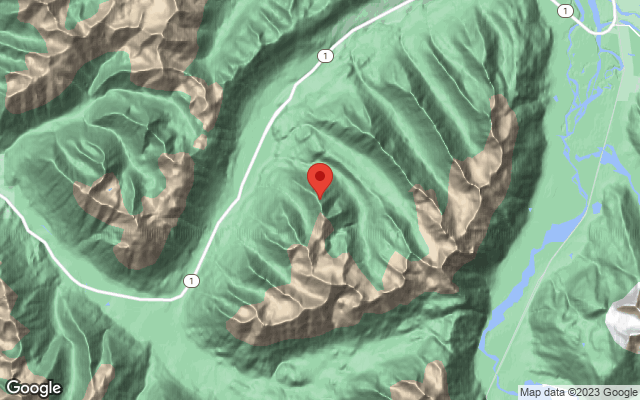