A trip up to work on the weather station webcam via Taylor Creek.

Surface Obs
A solid refreeze occurred overnight, despite above freezing temps. The snow
around 2,300’ was frozen in the top 10”/25cm. Traveling from road level
(1,000’) to ridgetop (3,800’) the surface was supportable into the mid afternoon
hours.

Snow coverage is diminishing by the day (see photo). There is still plenty of coverage to get around and travel into the higher elevations.

Advanced melt forms (aka “corn”) were softening up (aka good skiing)
after a couple of hours of direct solar input (see photo).

Digging in the starting zone just below the weather station showed a dramatic
change in overall snow depth, with one pit @ 120cm (WSW aspect) and another @
240cm (W aspect, wind loaded). Pits were ~50’ apart. WSW pit showed wet grains
at the ground. W pit had the late January crust intact 180cm down. No prominent
reactive weak layers were found, but potential for full depth avalanches is
there with consecutive non freezing nights. Cloud cover will be necessary to
completely weaken the snowpack in these locations, as temps alone are currently not
prohibiting freezing of the snow on the surface. 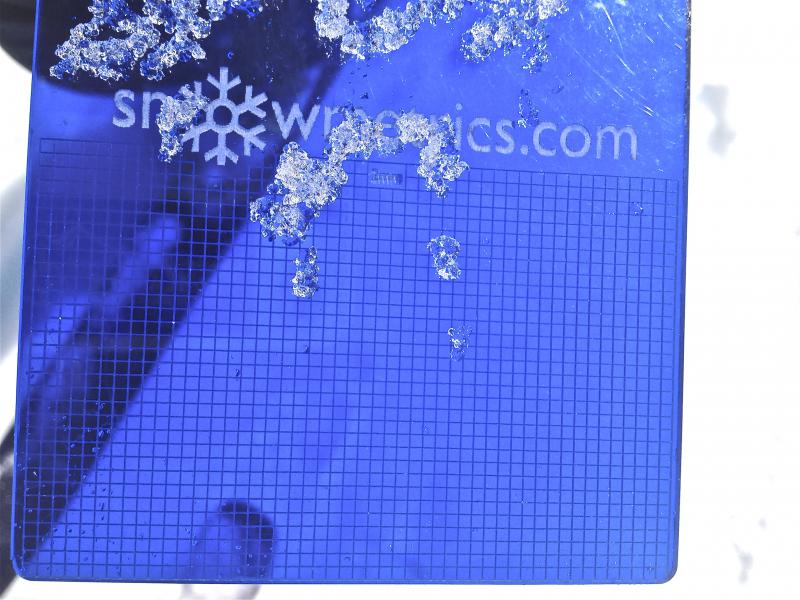 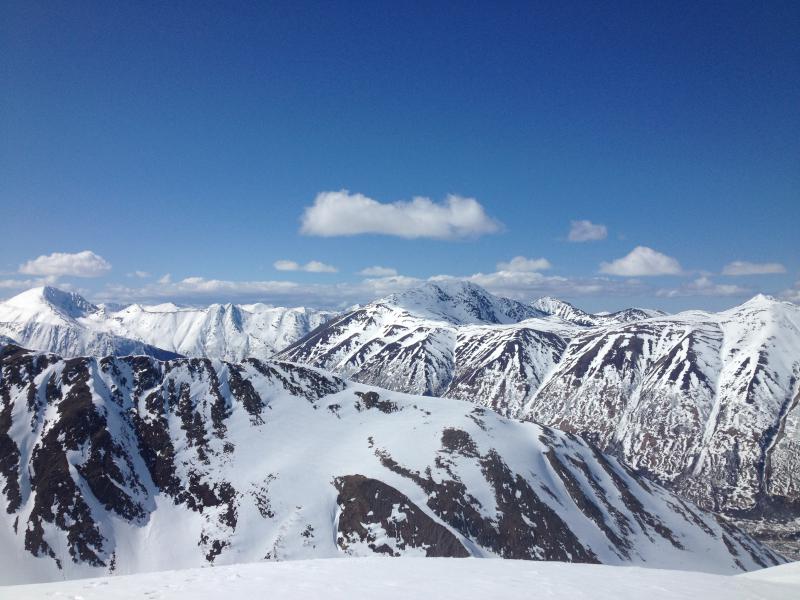 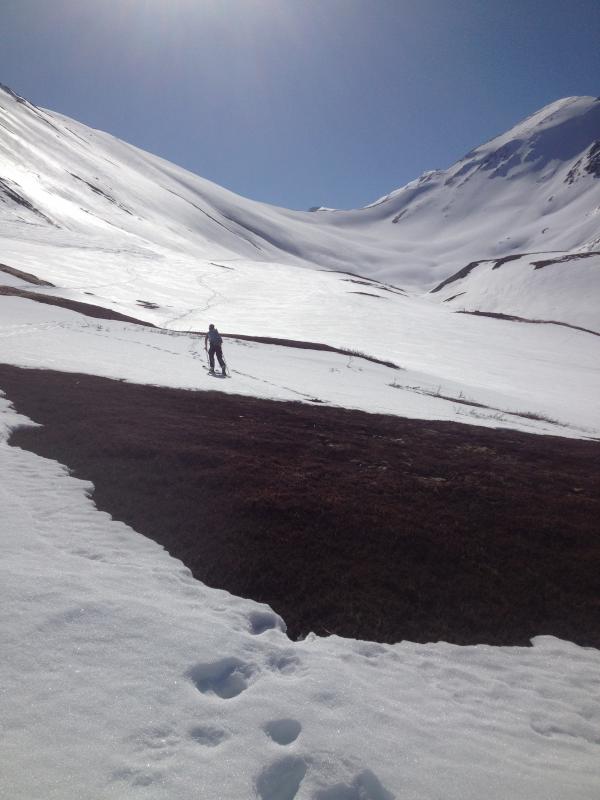 Patches of tundra are appearing more each day with springtime melting 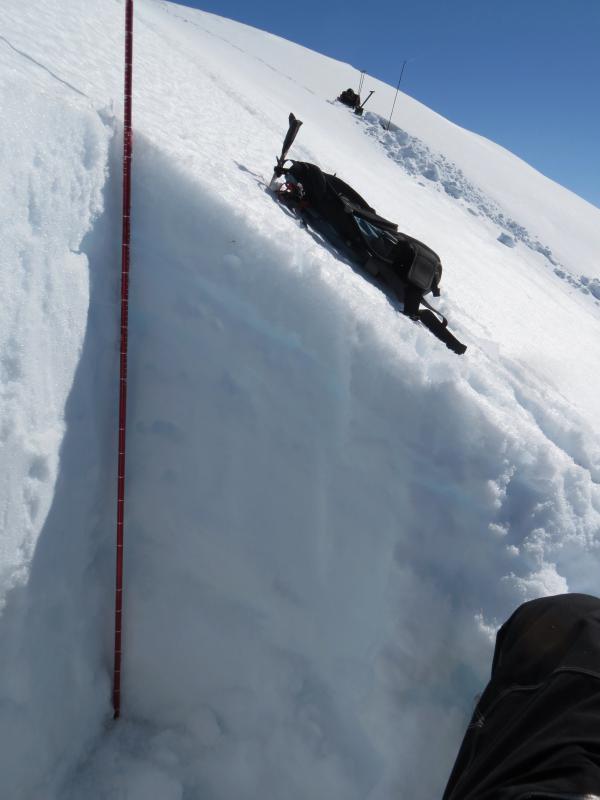 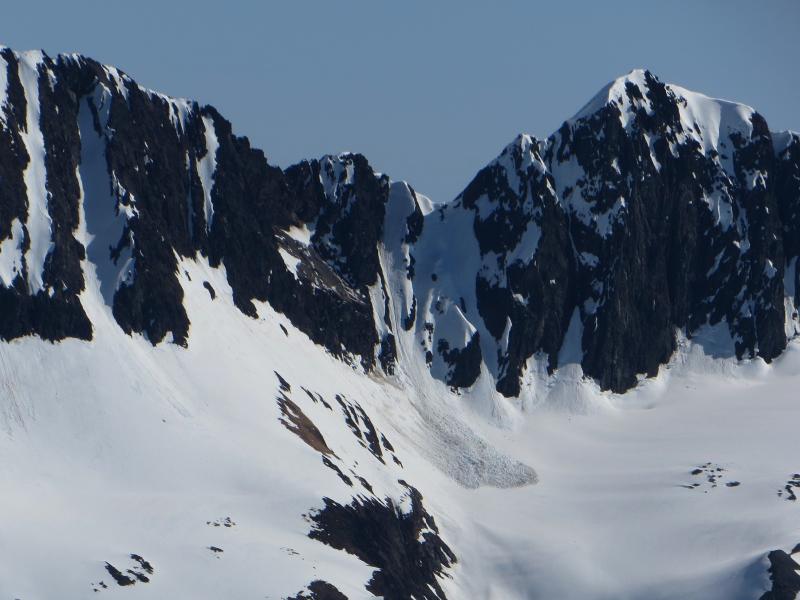