We went back up Sunburst to answer a few more questions about the avalanche that naturally released sometime mid-storm cycle, likely 1/16.

Our focused questions for the day centered around the structure of the snowpack above the crown and the bed surface. We wanted to dig in a thinner area of the snowpack, looking specifically for weak basal facets on/below a thin crust near the ground. We also wanted to know if we could find the New Years buried surface hoar in the crown face.

Unfortunately we could not find the buried surface hoar digging into the crown in three places, but pits adjacent to the crown revealed the BSH to be located at a similar height as the bed surface in those locations. Today – interestingly the BSH layer did not propagate in stability tests in our pit in a thinner area of the snowpack, but the basal facet/crust combo did propagate.

We skied the old bed surface (with 8-10″ new snow on it) and found it quickly transition to a thin crust barely covering the ground from 3000′ down. It appears that multiple weak layers may have been involved in this avalanche, but since this avalanche occurred during a rain event and no secondary crowns were seen, it’s still a little unclear as to which layer played the bigger role.

At this time there is good stability below 3000′ due to wet snow freezing into a stable crust. As of this report the Deep Slab problem is a concern in the upper elevations and both of these layers described are still a concern, even in places that haven’t avalanched at all this season.

Surface snow faceting out and 'sluff" was running surprising fast and just starting to entrain snow.

Crust was found under the new snow (about 12" below the surface) to about 3000' where it become very thin and disappears. We did not find a crust within the new snow in our pit at 3400' today or 3300' yesterday.

Crown height at deepest part of crown was 160cm. We dug into the crown in two places today and once yesterday but could not find the New Years buried surface hoar. We also dug into the bed surface adjacent to our pit location and found basal facets/crust near the ground. See photos below. 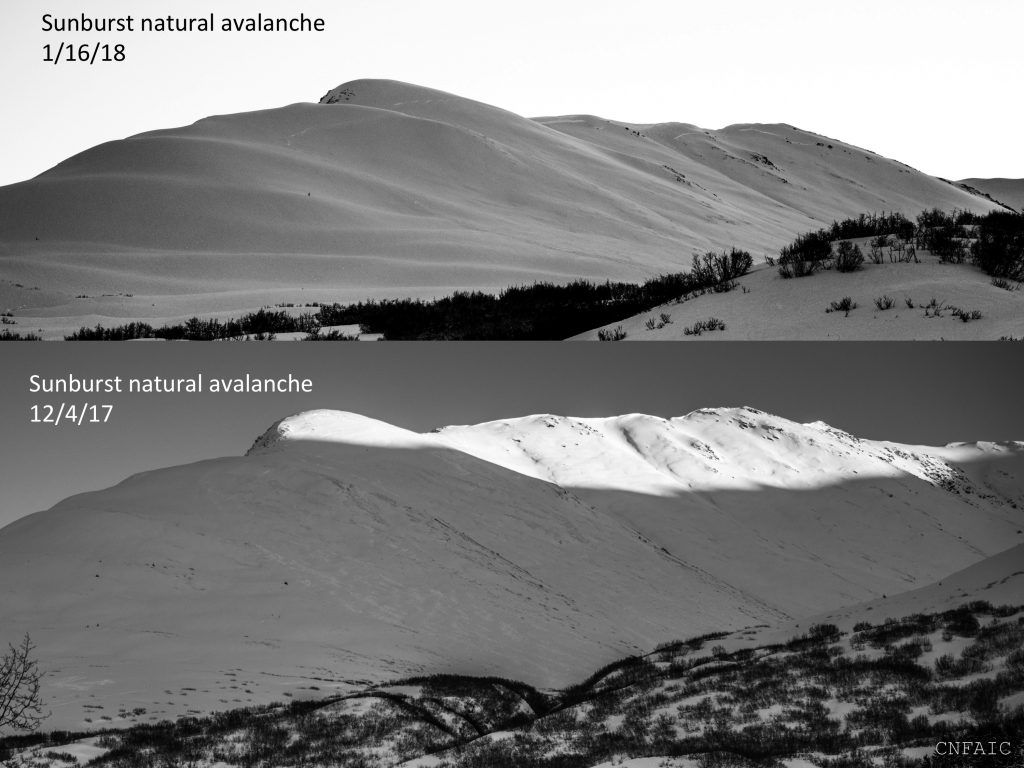 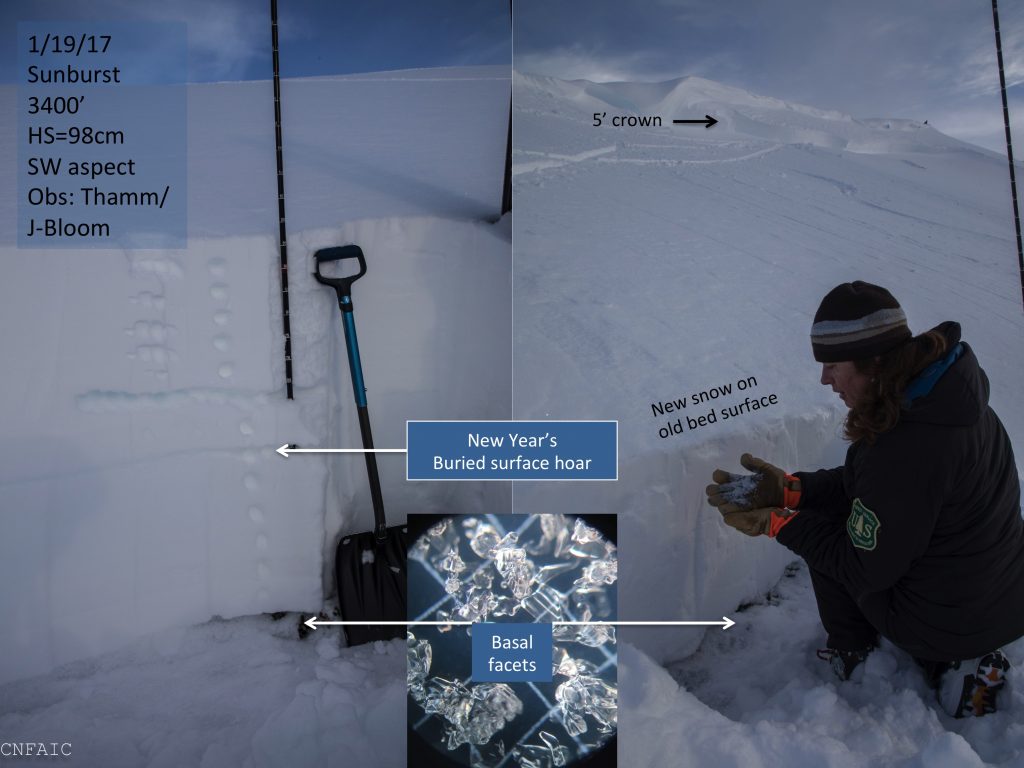 Structure of snowpack in a thinner area near the crown on a SW aspect and a pit in the bed surface adjacent to the pit. 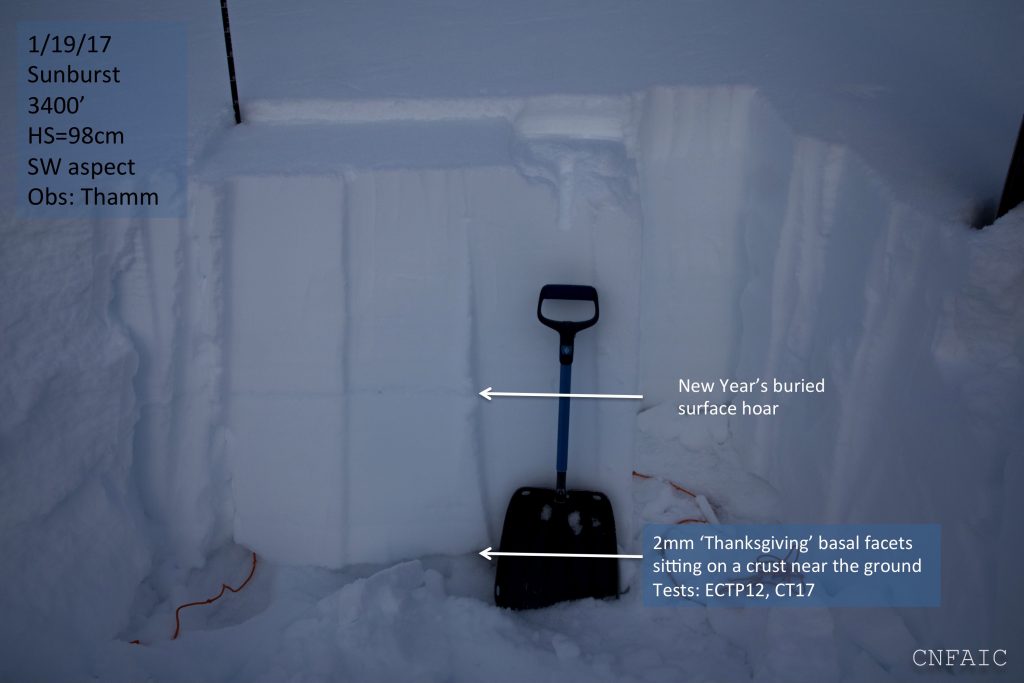 Failure on the basal facets on a crust near the ground. We also did two Extended Column Tests without results (ECTX) 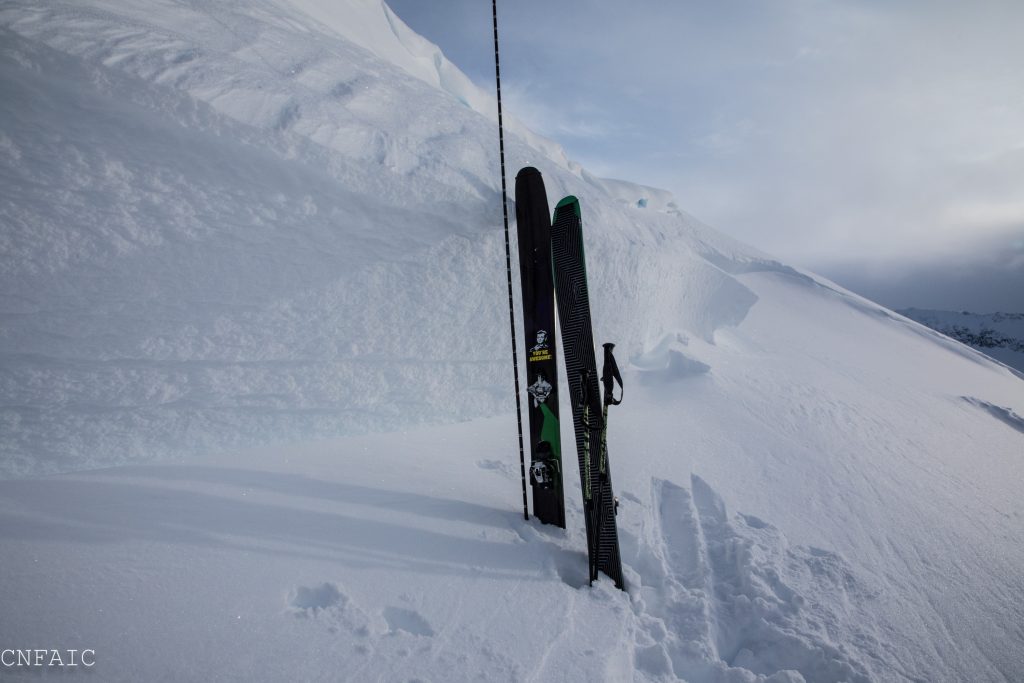 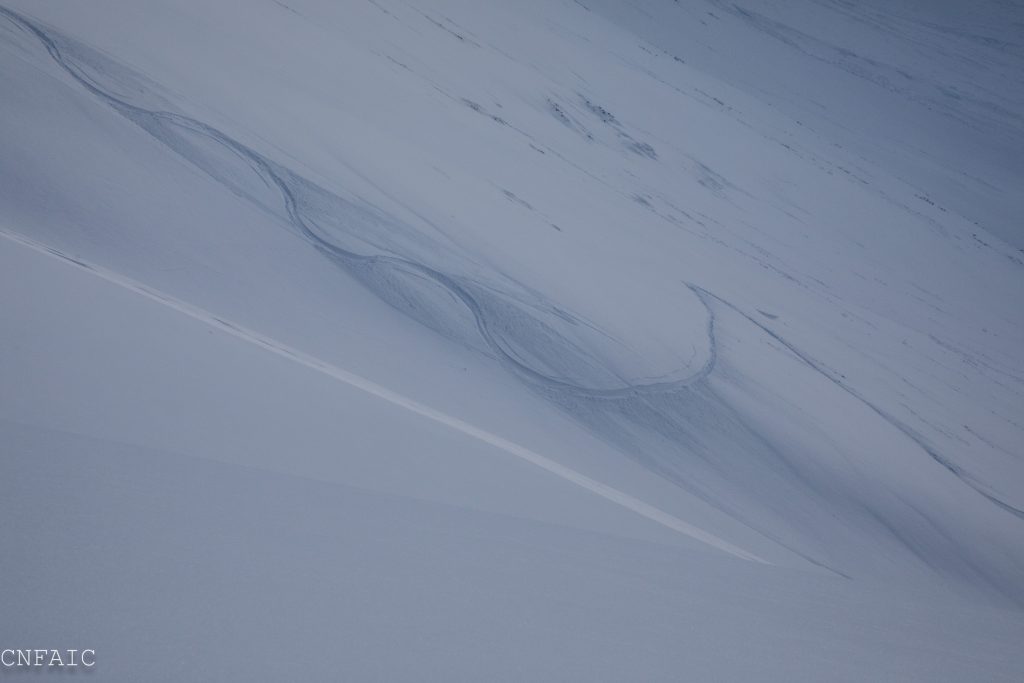 Near surface facets and new surface hoar have developed over the last three days. Skier triggered loose snow was just starting to entrain and move quickly. 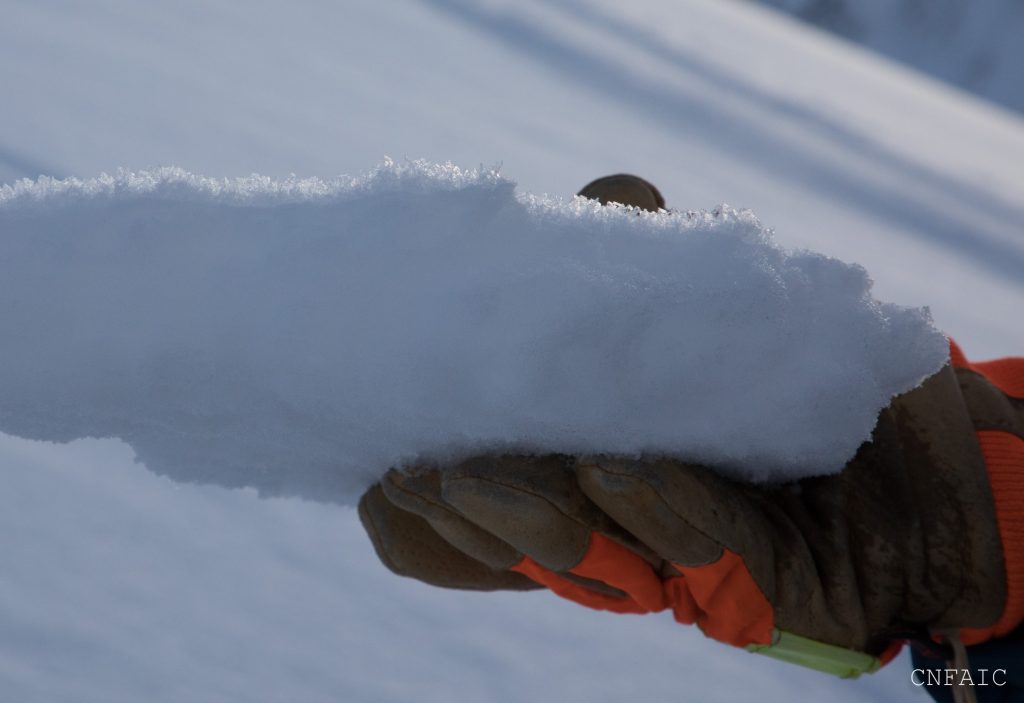 A crust at 2800' on a windward area of the West ridge had new surface hoar growth on it (1cm) in some places.