Ascended Sunburst, standard route, West Ridge to investigate a very large (D3) natural avalanche on the SW face of Sunburst that occurred mid-storm (1/15 -1/17.) This avalanche wraps around the Western upper shoulder all the way to the gully below the weather station with debris filling up Taylor Creek. We found the New Year’s buried surface ~3′ below the surface to be intact and reactive in stability tests. This was the only layer of concern we found in the top 120cm of the snowpack.

Above freezing temperatures accompanied the 1/15-1//17 storm and rain was estimated to have reached around 3000′ mid storm. Near the end of the storm temps cooled and rain/snow line dropped to about 1500′ yesterday morning. We also wanted to see how this wet layer is freezing into a crust as we ascended.

The natural avalanche on Sunburst was largest avalanche and crown observed in Turnagain. Seattle Ridge SE face had debris in most gullies, as noted 1/16 and several of the crowns were visible today with good light. There was a storm slab on S face of Tincan proper as well as many small debris piles at the bottom of these chutes.

We dug a pit at 3300', just above the crown face. HS=203cm, W aspect, 37* slope. Test failed on a layer of 1cm buried surface hoar that was buried by the New Years storm. This layer was standing up in pit wall and was between two dense layers (pencil below and 1 finger above) Tests results on this layer: CT28, CTN, CT9, ECTX, PST 35/100 End. Old ski tracks on the BSH layer may have factored into our varying test results. We also had moderate CT scores on density changes within the new storm snow between 30 and 50 cm below the surface w/ no propagation within these layers.

*We also tried to dig into the crown face, but were unable identify the BSH layer and couldn't tell if we were actually digging into the new snow that had filled the crown area. Our best guess is that the avalanche occurred on the New Years BSH layer. 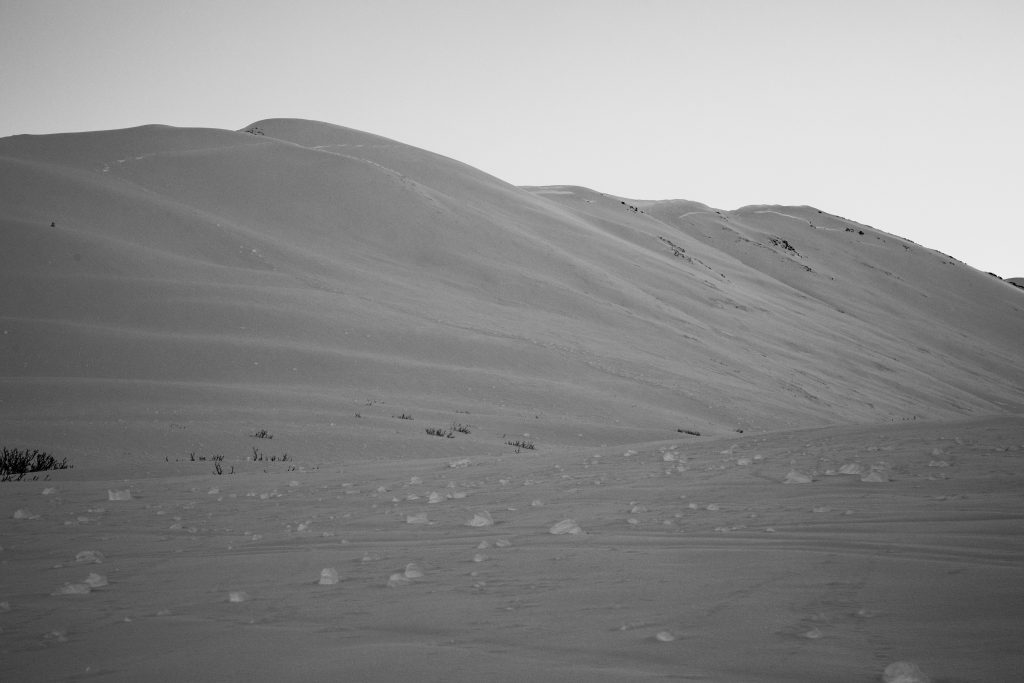 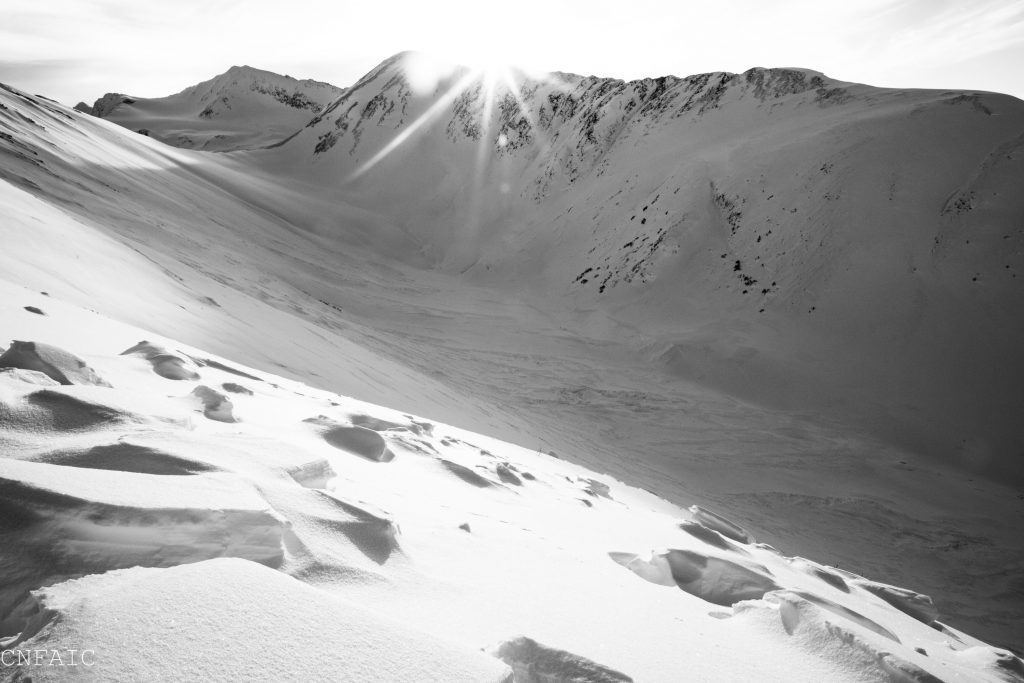 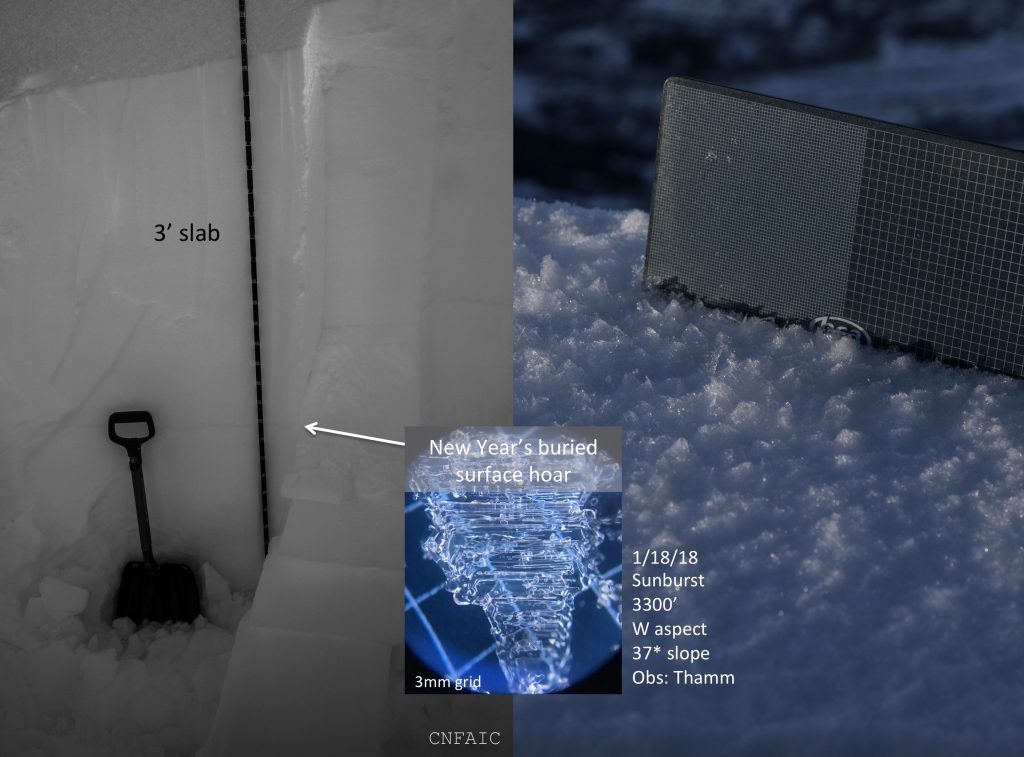 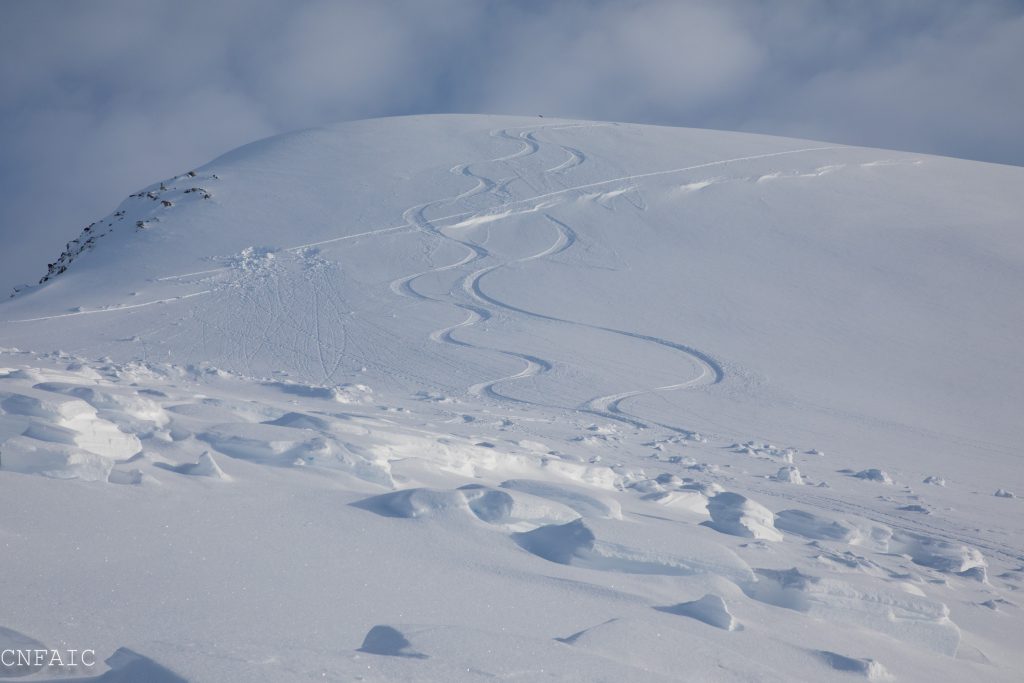 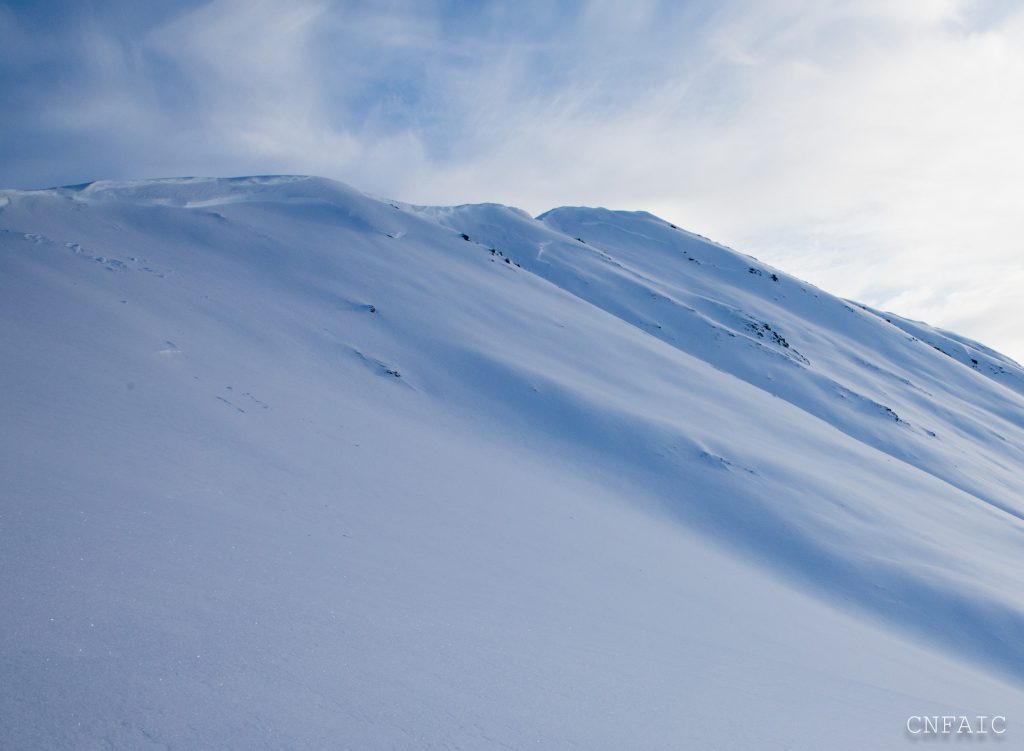 Crown along the upper part of the Sunburst Ridge just below the cornice. 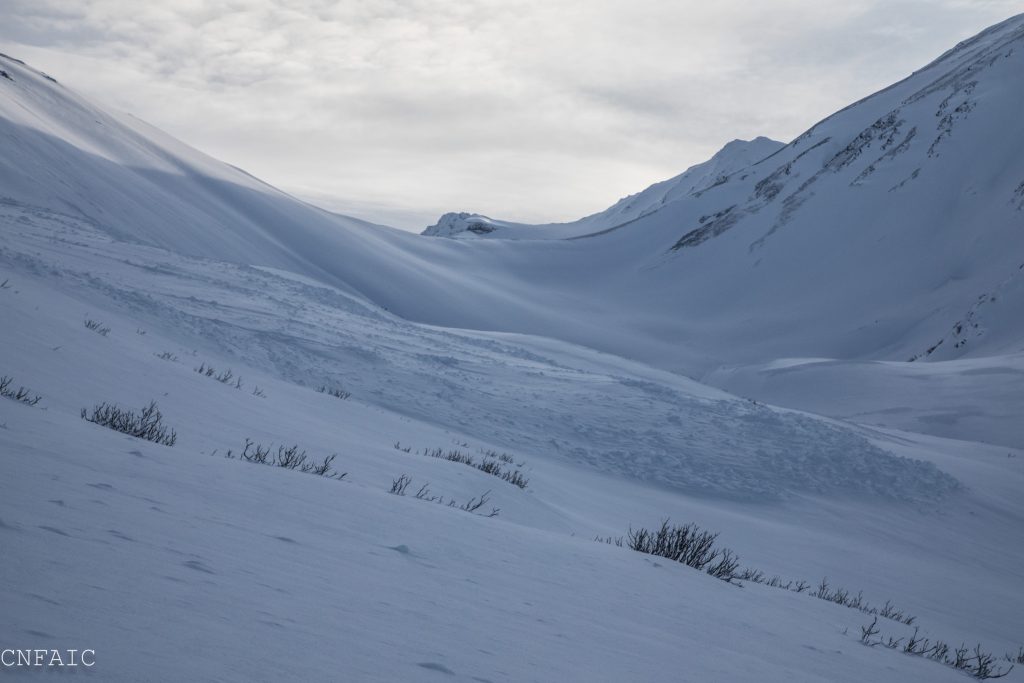 Debris looking back towards Taylor Pass 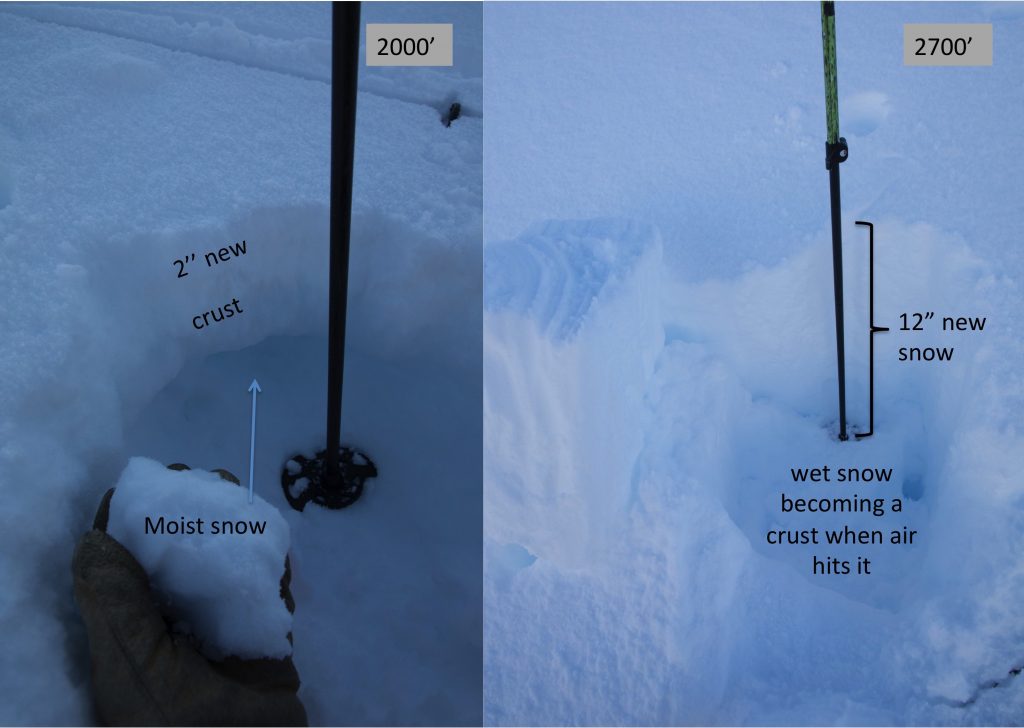 Crust with new snow from the end of storm cycle 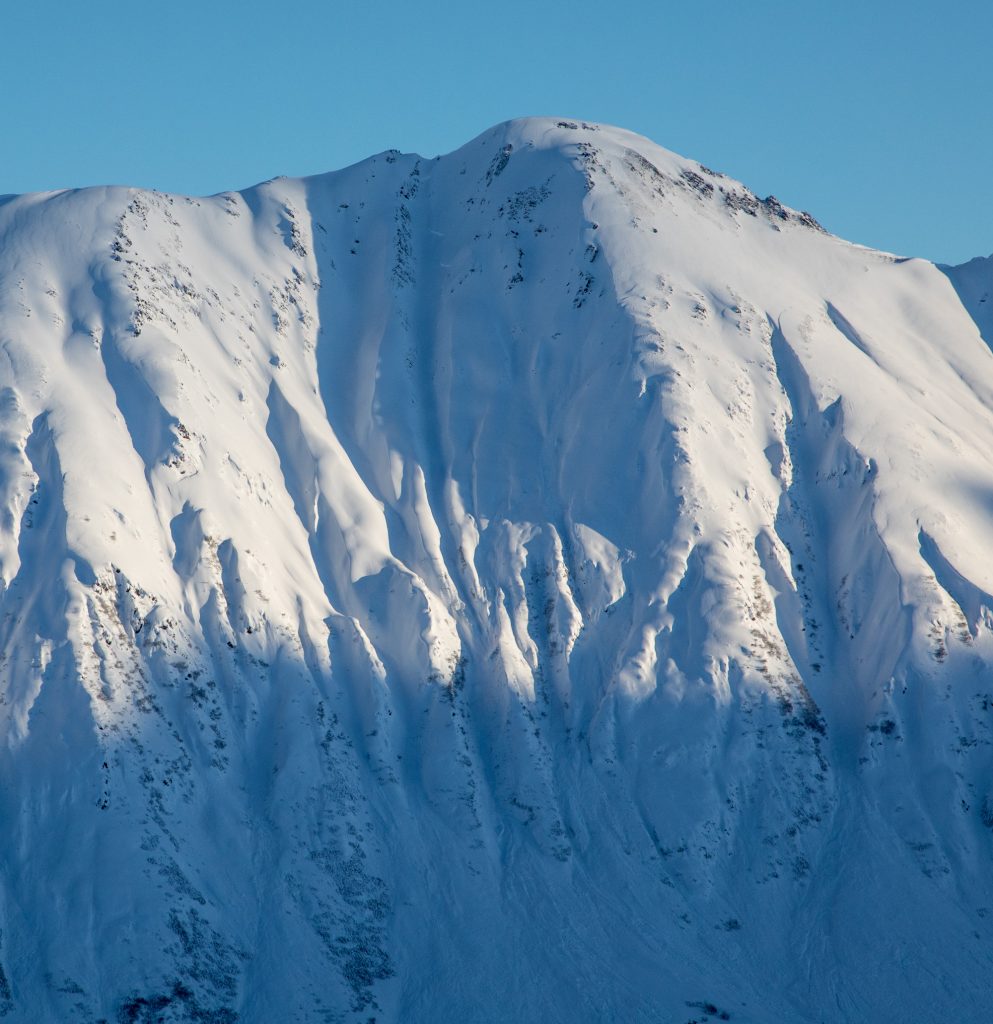 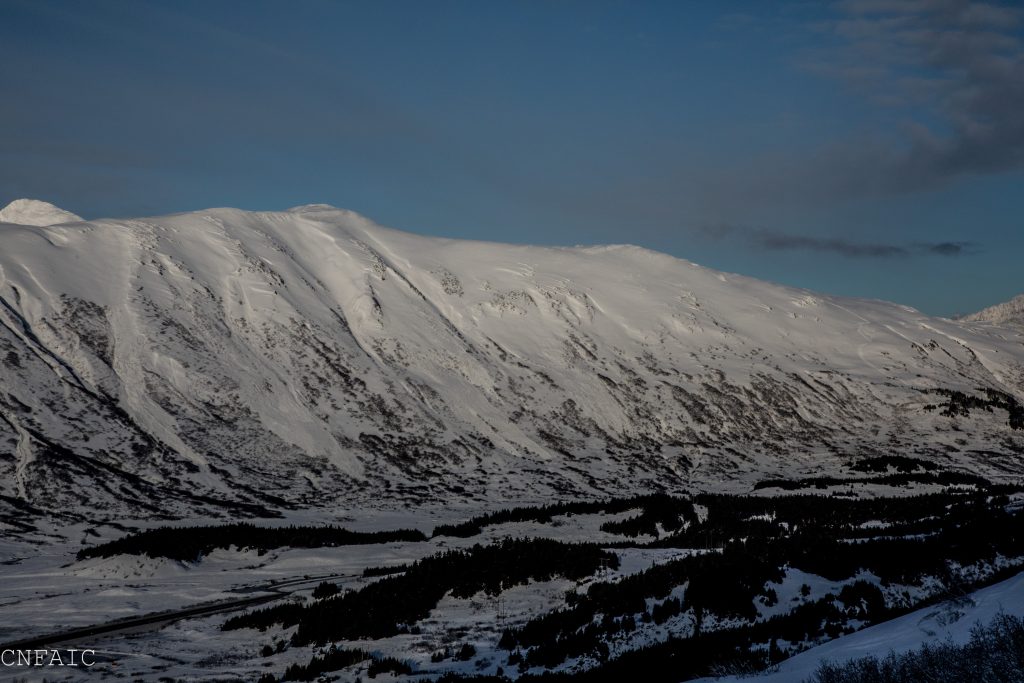 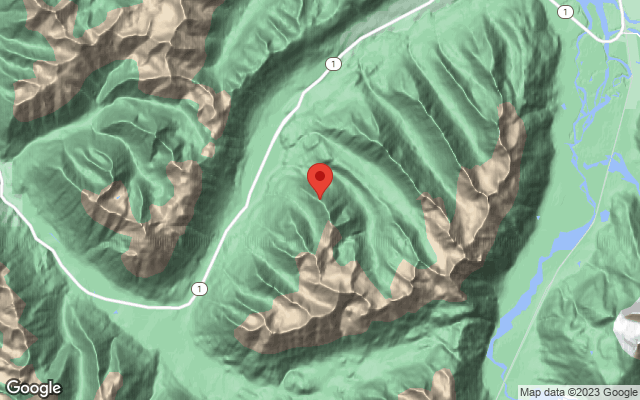