Standard route up Western ridge of Sunburst’. We hoped to dig a pit in the upper elevations to look for the New Years buried surface hoar, basal facets near the ground that may still be intact, and see if there are other facet/crust weaknesses mid pack. We had to settle for a pit at 2700′ due to blowing snow and poor visibility. We did find propagation potential with moderate force on the New Year’s buried surface hoar. Cracking was observed on newly forming soft storm slabs 4-6″ thick on leeward features.

Probed a lot at 2700', height of snow varied from 85cm to 150cm. Could feel a consistent density change with little resistance on the ground in the last 5cm. Also could feel a very dense and stout melt-freeze crust mid to lower pack. We chose to dig in a thicker area of the snowpack to see what the basal facets were looking like in a thicker area. HS=145cm, West aspect, 31* slope. Tests results: CT13x2, ECTP14, ECTP16 down 35cm on the New Years buried surface hoar. CT16 Q3 down 75cm on facets 1mm in size in between two crusts. The top crust was about 3mm thick and both were uneven. Only one CT failed on this layer and was not a clean sheer. Moist basal facets were found on the ground with pencil hard rounds above. No tests were performed on this layer due such a stout crust. See pit photo below.

It was difficult to find the surface hoar buried this morning under only a few inches of low density snow, but we could still make out the near surface facets. Conditions made it tough to see just about anything. 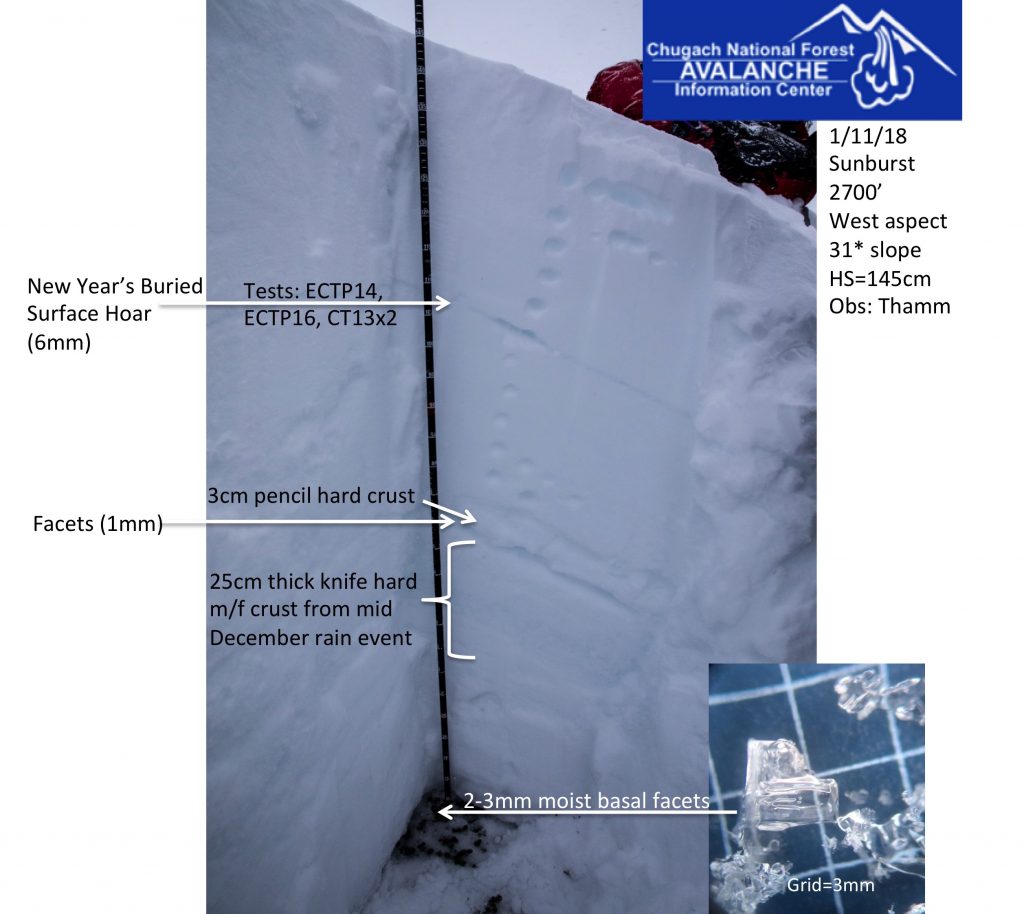 Pit info at 2700' on West aspect of Sunburst 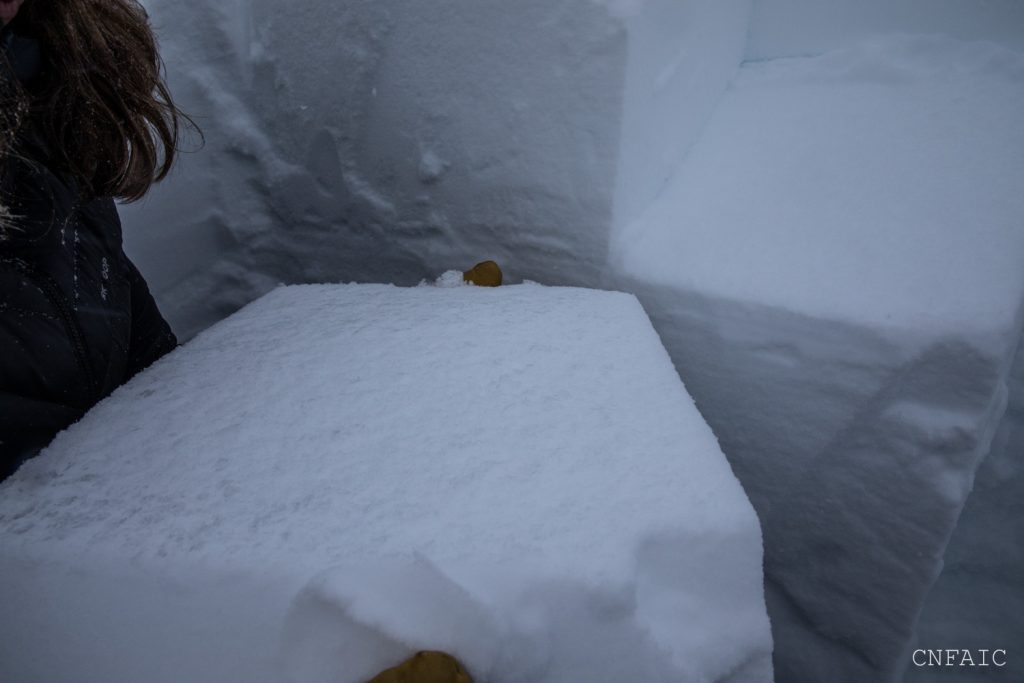 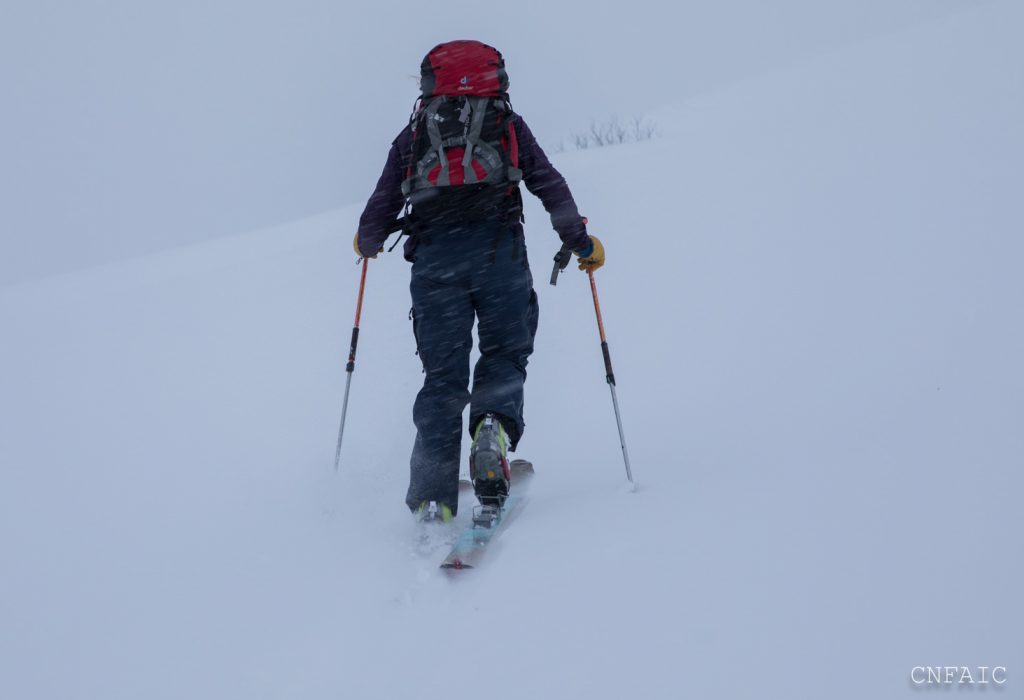 Drifting snow was observed in the alpine 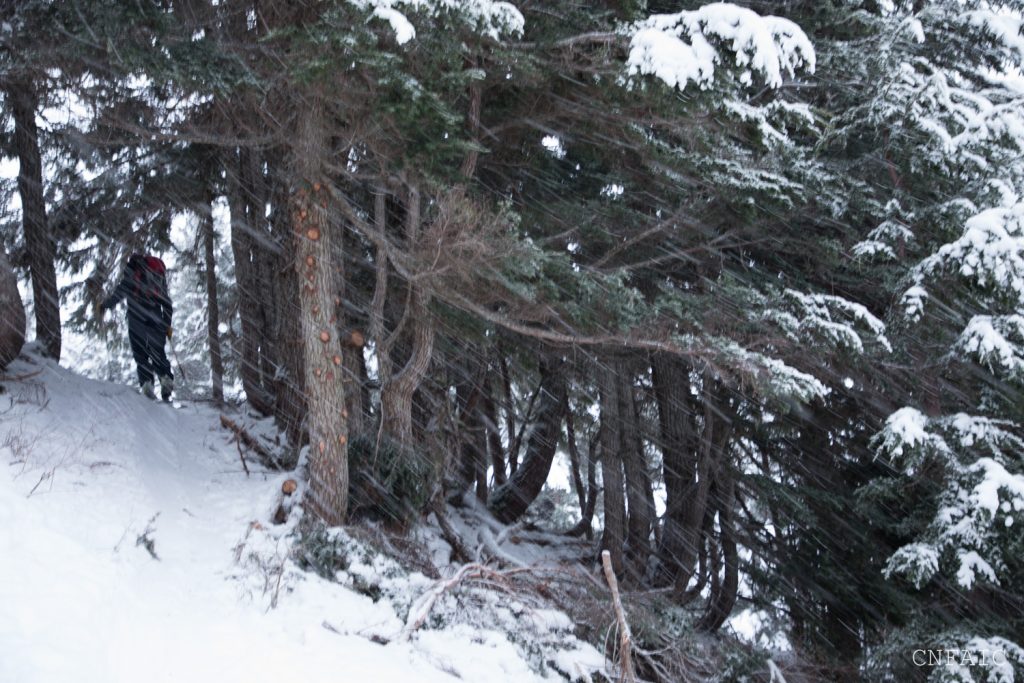 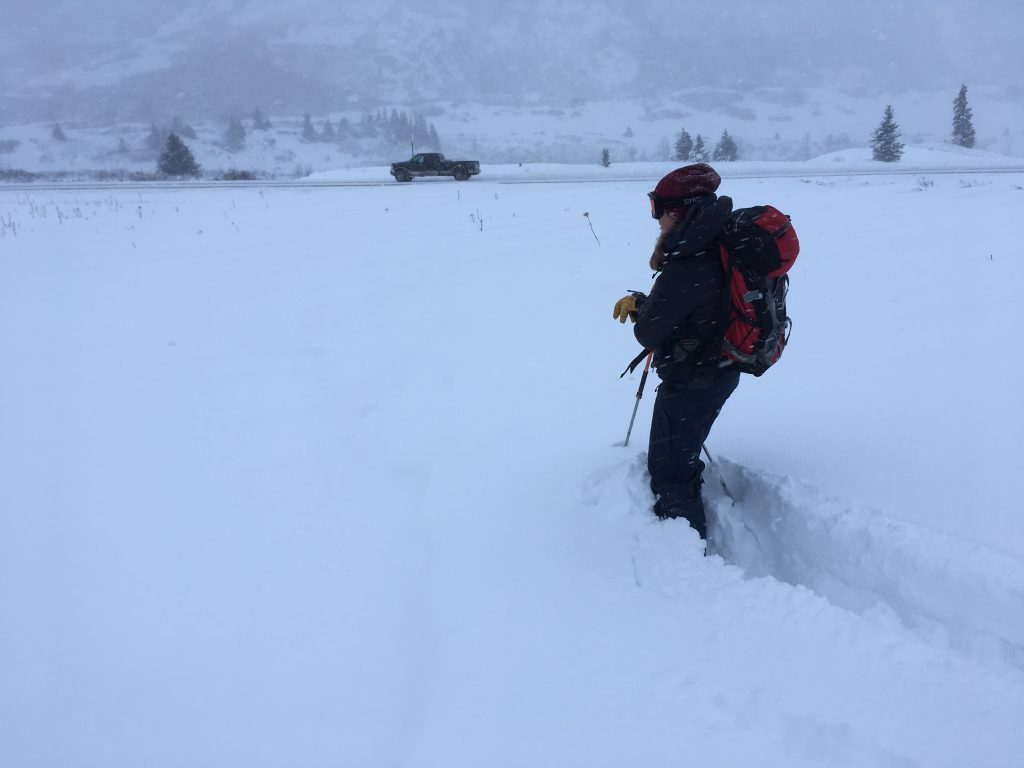 We were surprised to find a pocket of 12+" of new snow that filled in a deposition in the terrain. Cracking was also observed here. 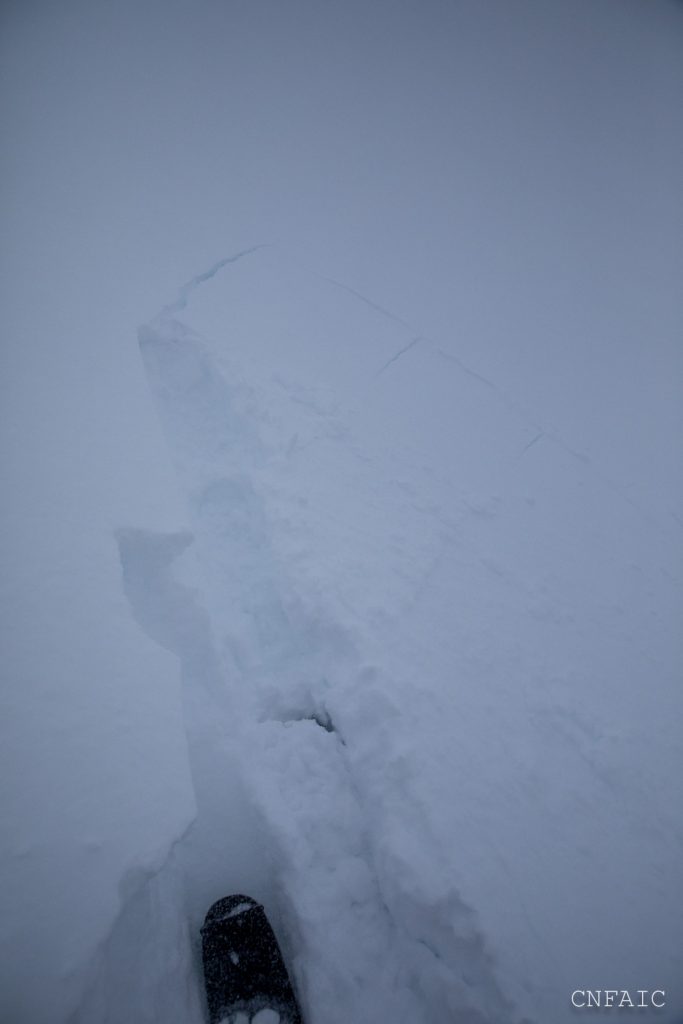 Cracking at 2500' on leeward transition in West ridge of Sunburst 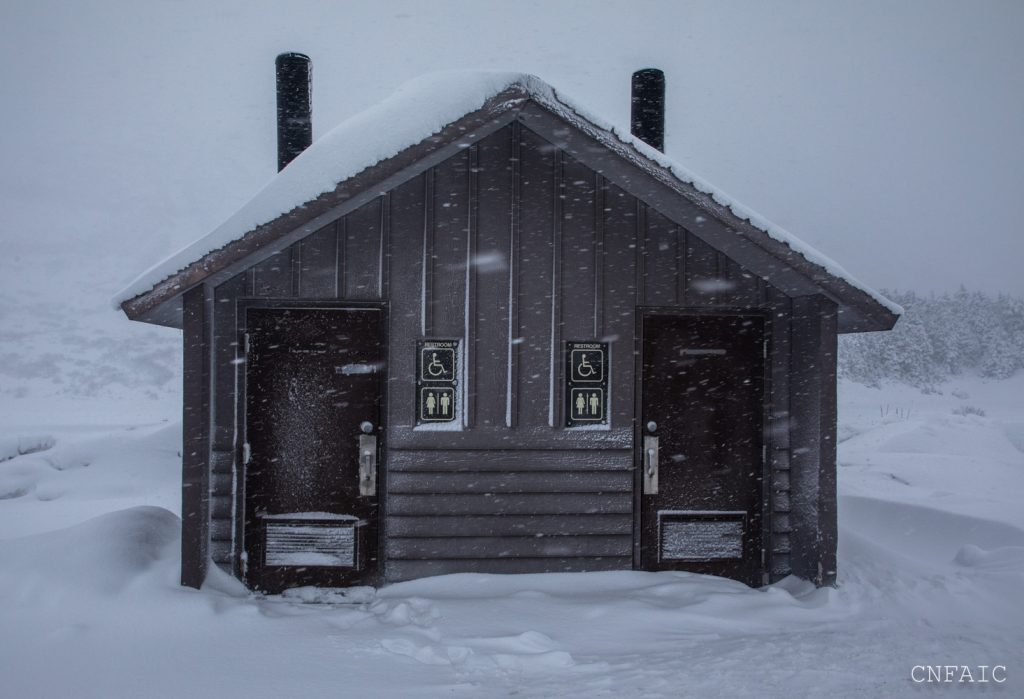 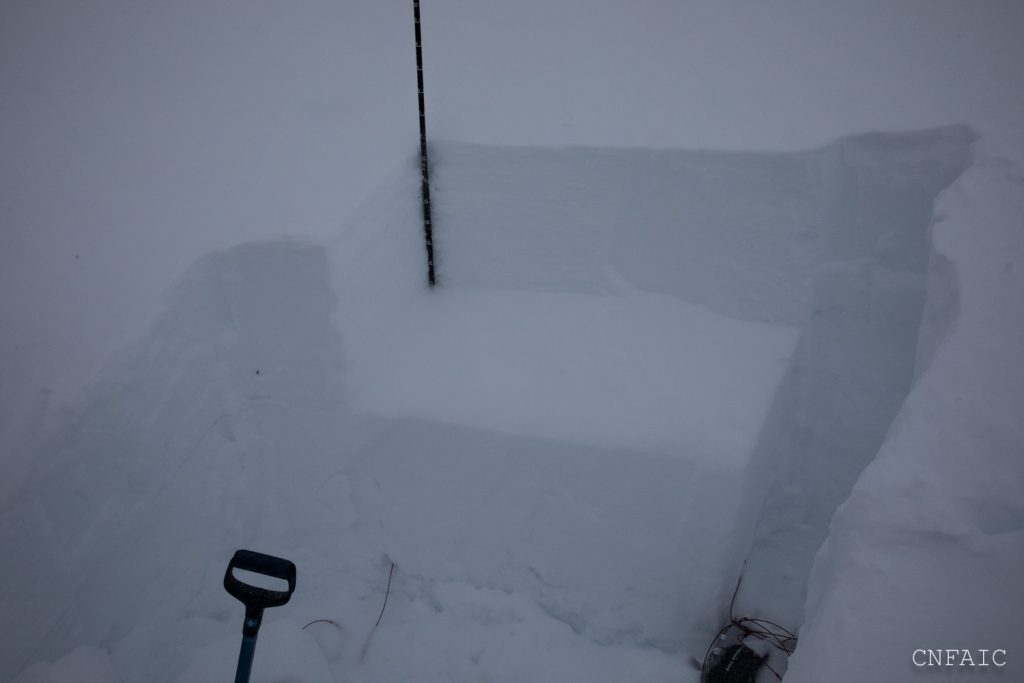 Pencil hard bed surface that the New Years BSH is laying on. 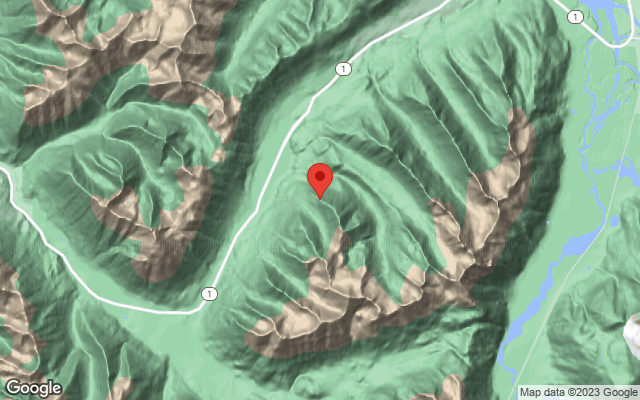