Route:
From the Sunburst parking lot we hiked about a half hour (4-500′ vertical) to where we could put our skis
on. Skinned up the common west ridge route and descended the SW face. Hiked back out the lower
elevation snow-less terrain.

Weather:
Mostly clear skies with a few clouds over the highest peaks. Temperatures in the low 30’s in the parking lot
(1,000′) and upper-mid 20’s F on the ridge. Winds were calm. A pleasant day to be in the mountains.

Signs of Instability:
No obvious signs of instability. We did see a few loose snow sluffs on SE aspects from the sun as well as a
couple sluffs in Tincan’s Hippy Bowl across the valley. All small, D1.

Generally speaking, the bottom 30-60cm of the pack is wet/moist old snow from Oct. and early November.
This old snow is capped by a distinct rain crust 2mm-1cm thick, a bit rough but very uniform and
translucent. The top portion of the pack, above the crust, varies between 15-40cm thick and is composed
of the new snow from 11/19-11/23; variability due to strong winds distributing snow during the first part
of the storm.

Snow surface:
Very little to no snow below 1,200′. Above 1,800′ a fairly uniform 15cm (6″) of new low-density snow from
Saturday and Sunday 11/22 – 23. This was not wind distributed. Skied quite well and only felt crust in
areas with prior wind scouring. 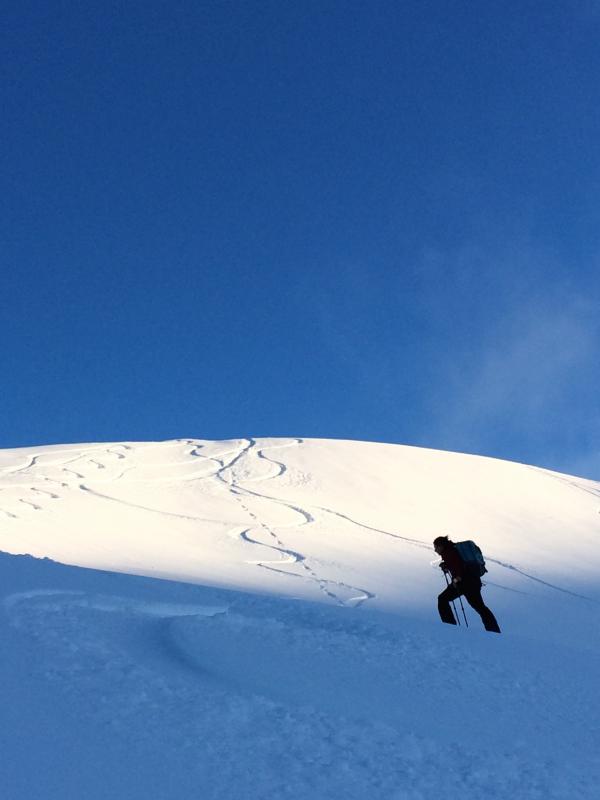 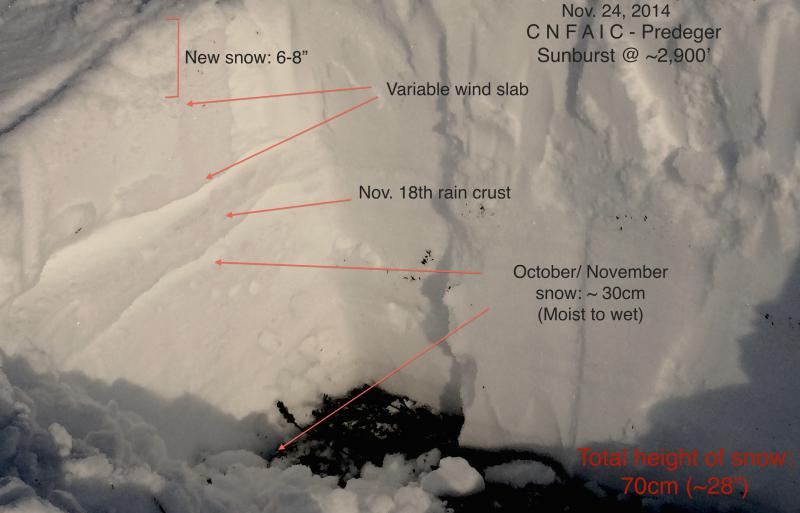 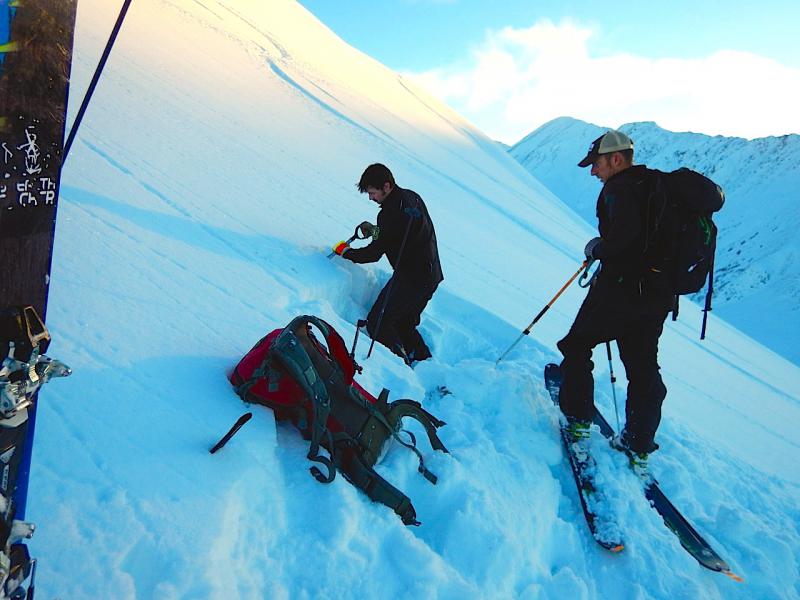 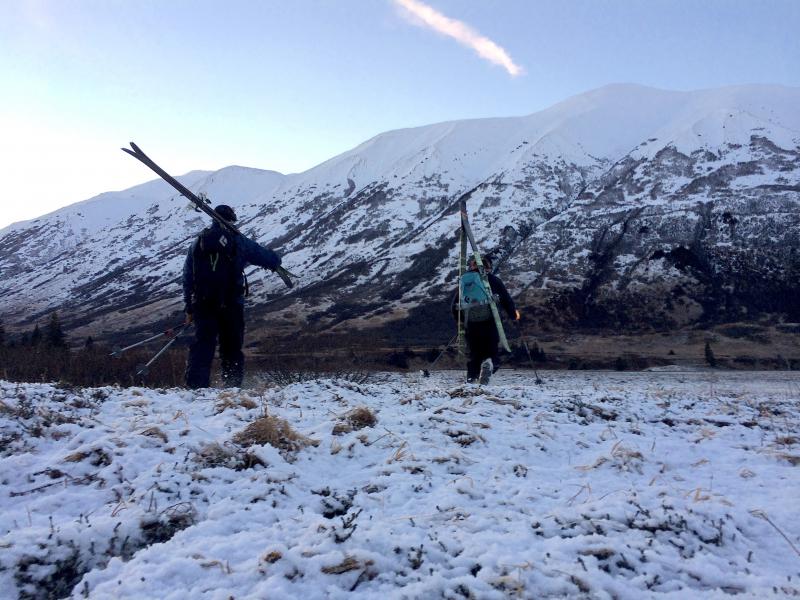 Expect to be hiking the first (and last) 400-500 vertical feet from the parking lot. 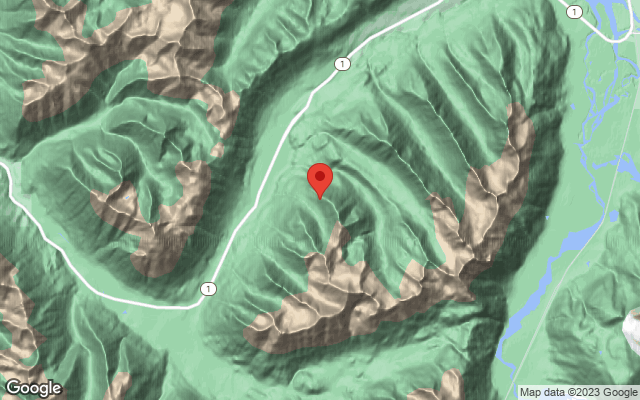