I was not surprised by this avalanche, and I am sharing because I got a great video and it provides great visual information about the need to ski to safety zones when skiing with partners.

I knew it was relatively late in the day and that there were reactive layers with step-down potential. Sunny & 40+ degrees F in the parking lot, I also knew an avalanche would slide slowly – at least until perhaps it stepped down to the next, weaker layer – so I was prepared to ski to safety if something slid. Perhaps I should have left before 4.20pm but felt I was skiing safe nonetheless. My conservative decision was to forget skiing Pastoral, and to ski near some other tracks from Sunburst’s summit rather than off a cornice that was tempting to huck.

There was a very cohesive, fracturing 1-2 cm crust on the summit, and the powder was cooler and creamier on the northwestern part of the ridge. Crossing over to the sunny side and dropping in where I had noticed extremely soft snow-cone corn, I skied fast and was thrilled the corn kept me so high on the surface so I didn’t dig in. Then I felt the snow warm and soften as I descended into a steeper section that just felt like avy terrain. Tracks went to the left of a rock band but it was more south facing and in more of a terrain trap. I wanted to stay near the rock band in case the slope slid, so I went skier’s right of the rock band. Immediately the snow felt super sketchy and too soft, and I knew I didn’t want to be exposed any farther on that slope away from the rock band.

I turned left and I felt the slope break away, first slowly fracturing a 30′ x 30′ section to my right and then as I continued beneath the rocks the slope beneath me broke away for a total of about 150 feet wide. The crown was 12-18 inches up top, and then after about 50 feet the avalanche stepped down another some feet many places to the ground. Checkout the link for an amazing video of the avalanche as it crashes into the valley floor.

1-1.5' crown and after 50 feet stepped down to ground in many places

Aware of many snowpits consistently showing facets at 1-1.5 foot layer with step-down potential because of deeper facets 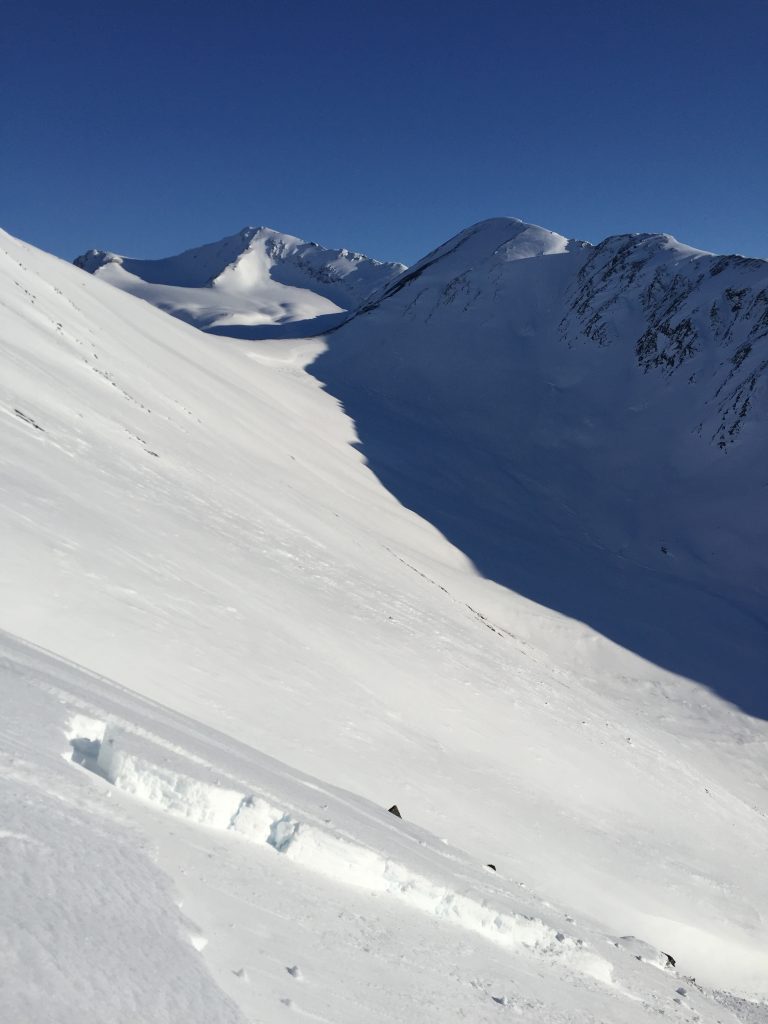 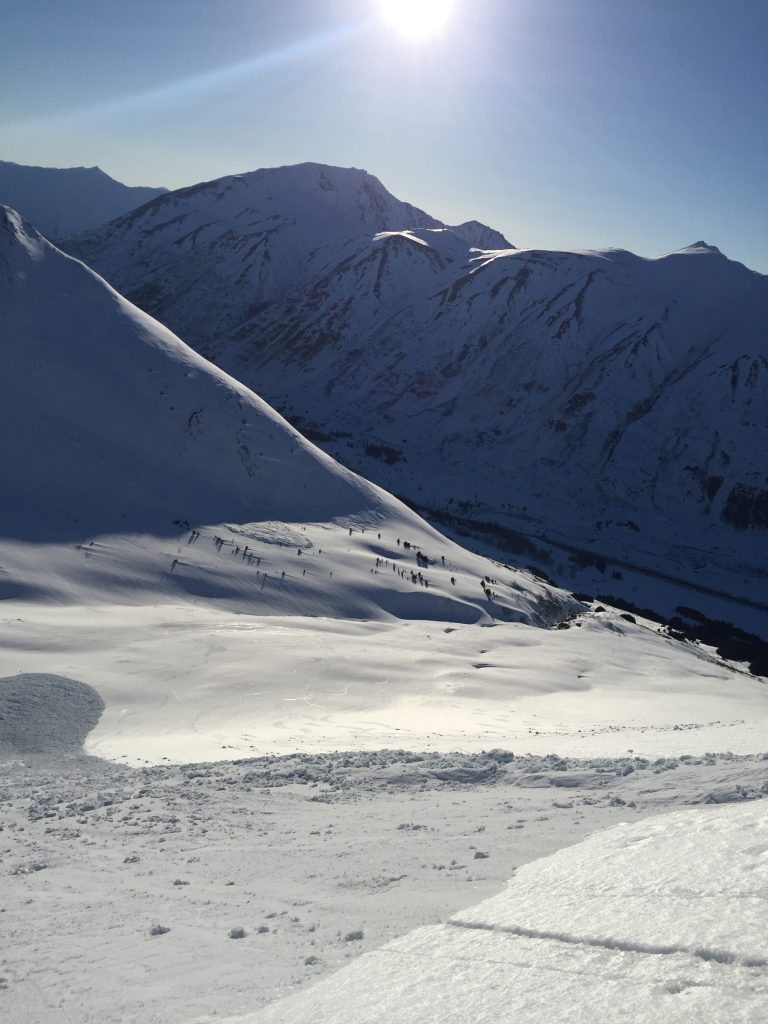 on Sunburst looking Southwest with avy debris to valley floor