Standard route up Sunburst West ridge to 2700′. An average of 10-12″ new snow from the last 3-4 days. Skin track near road had 3″ new snow from overnight. Snow felt bottomless and ‘upside-down’ – you could poke ski pole to ground in many places below 2000′. No obvious signs were observed, but we kept our slope angles below 30 degrees.

We observed what looked like a filled in crown from a natural avalanche on Taylor Pass. See photo below. Likey occurred yesterday mid day during active loading from moderate winds and new snow.

Snowing in the am, but then stopped by 10:30am. Visibility was poor until about noon when clouds/fog broke. Could see most of the surrounding peaks including Magnum, Tincan, and Seattle Ridge.

Temps were 28F near the road with cooler temps in the alpine and winds were light from the NE.

Precip started to fall around 4:30pm from Portage Valley to Girdwood.

3" of new snow was covering the skin track at Sunburst from overnight.
Slab depths (new snow from Dec.15) averaged 10-12", but in wind loaded areas near the NW ridge of Sunburst slab depths were closer to 16" thick.

Ski pole tests poked easily into the snow, 20" at times. Felt bottomless below 2000'. Above 2000' in places near the ridge the new snow felt more wind affected, slightly up-side-down, when breaking trail.

We dug a second pit at 2650', West aspect, about ~60 feet further south from ridge and didn't find the old windslab within the snowpack. The Dec.15 BSH was easy to see under 12" of new snow and was sitting on Fist hard facets. The 12" slab was very low density (Fist hard) and we didn't have any notebale results in our tests. HS= 85cm (33") 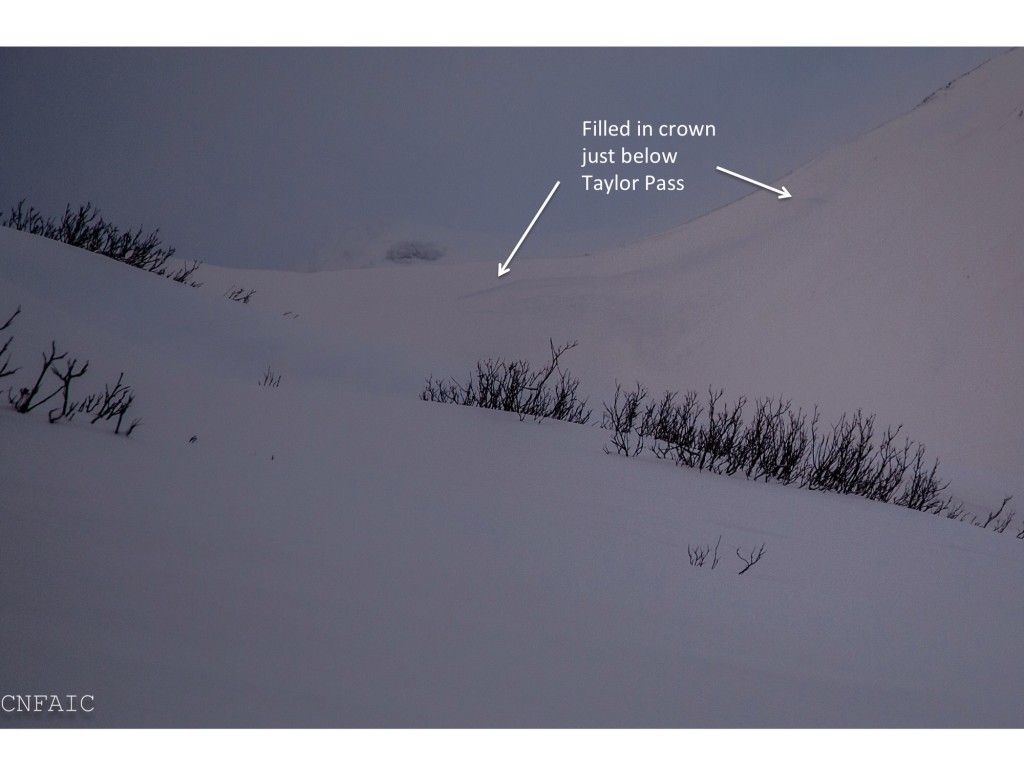 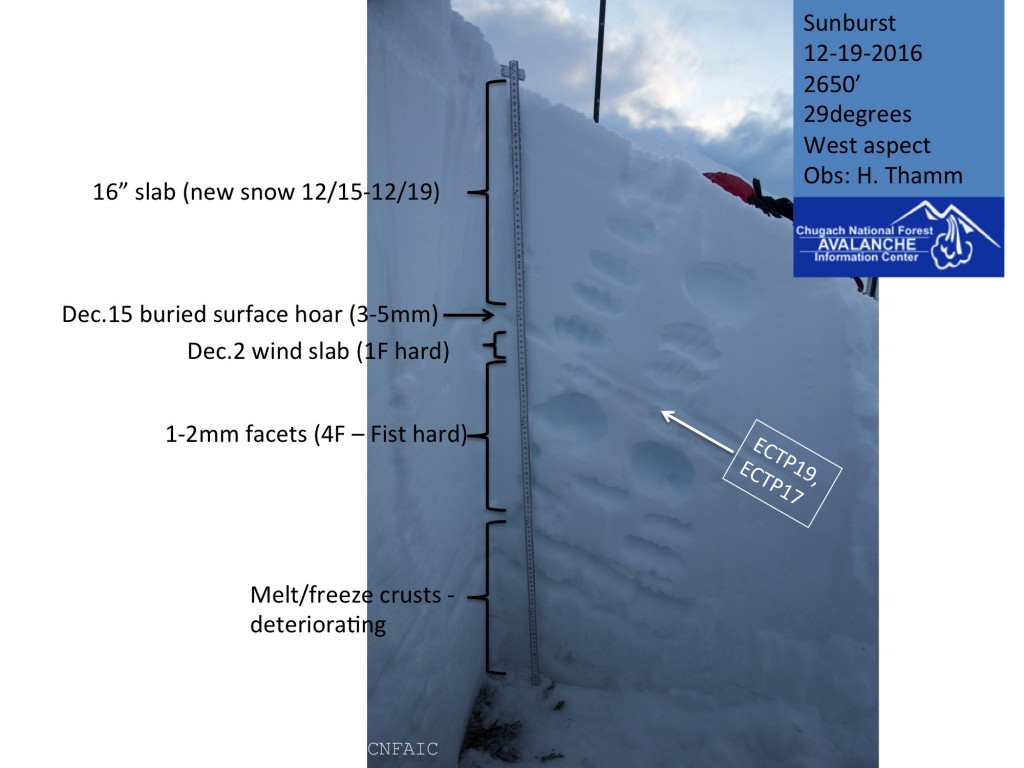 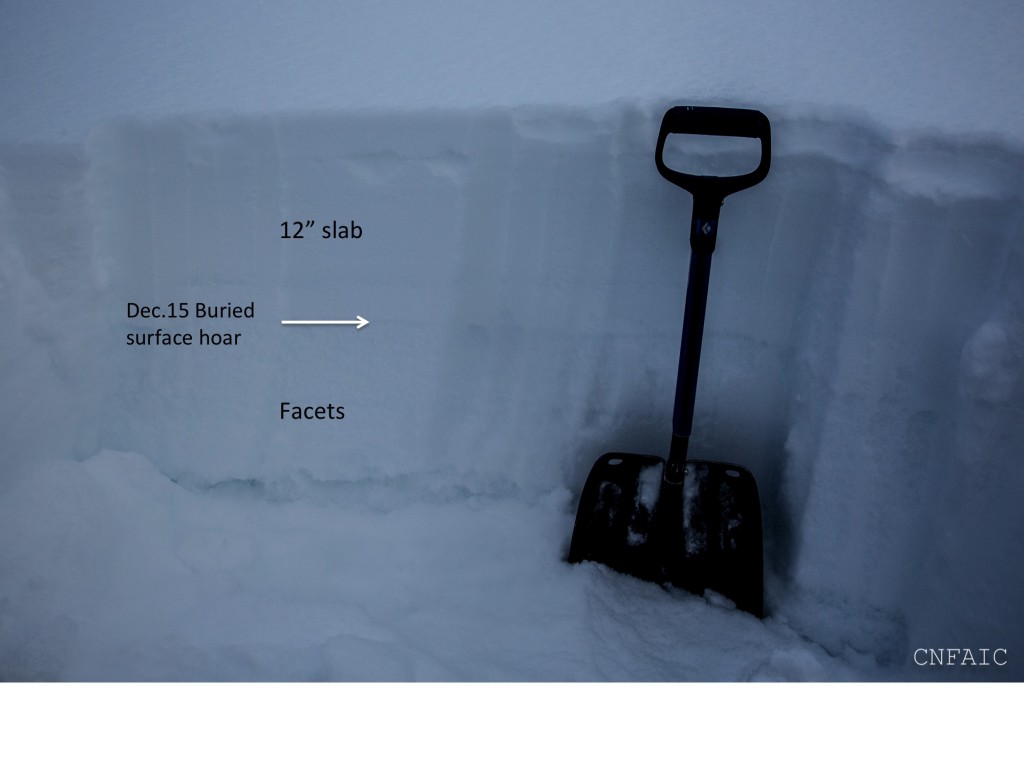 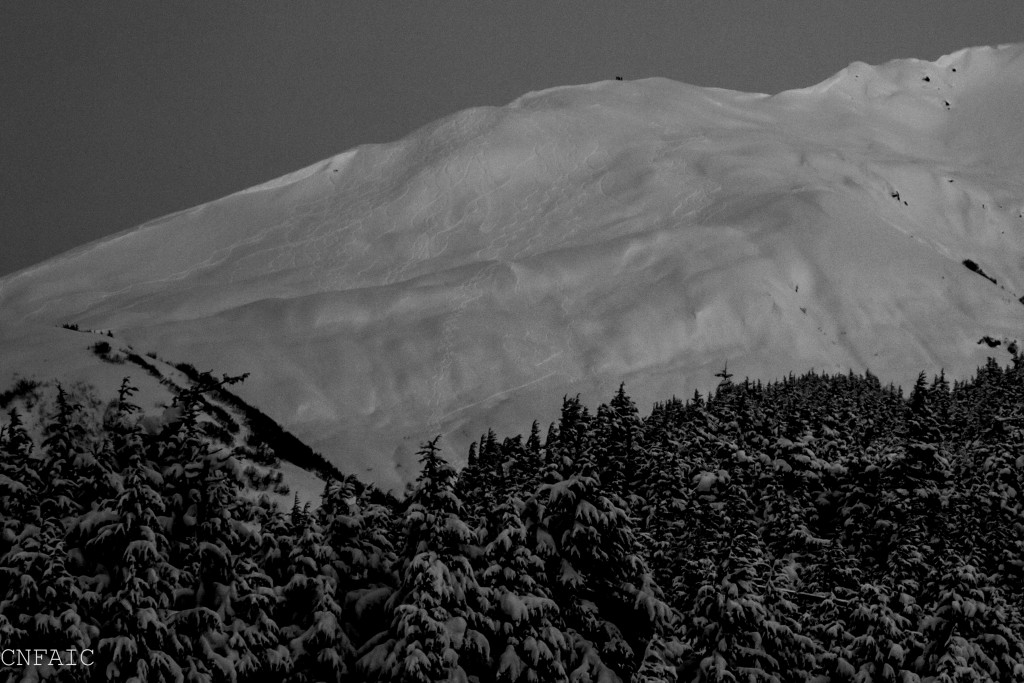 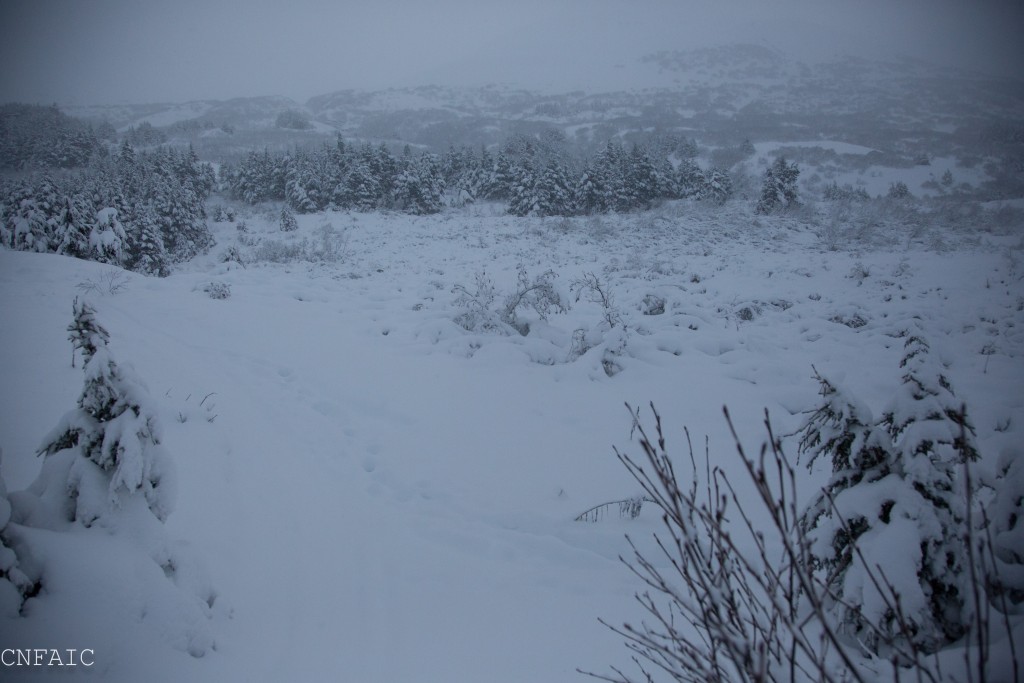 Alders are still trying to lay over at 1000' on Sunburst 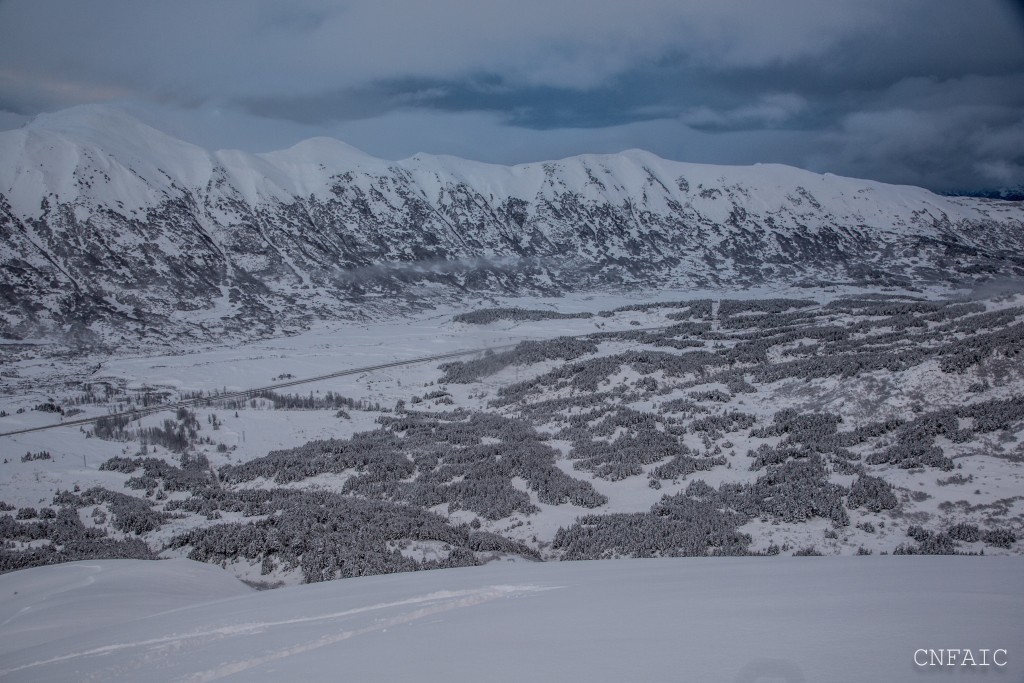 Good visibility in the afternoon allowed for a good look around the Pass. Other than Taylor Pass no other natural activity was observed. 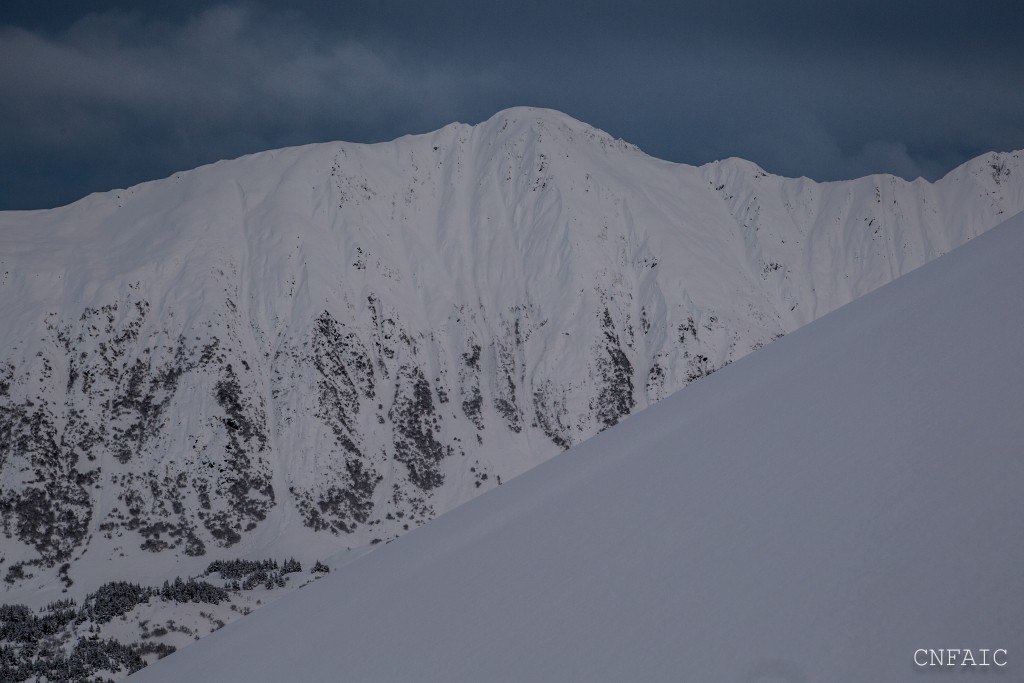 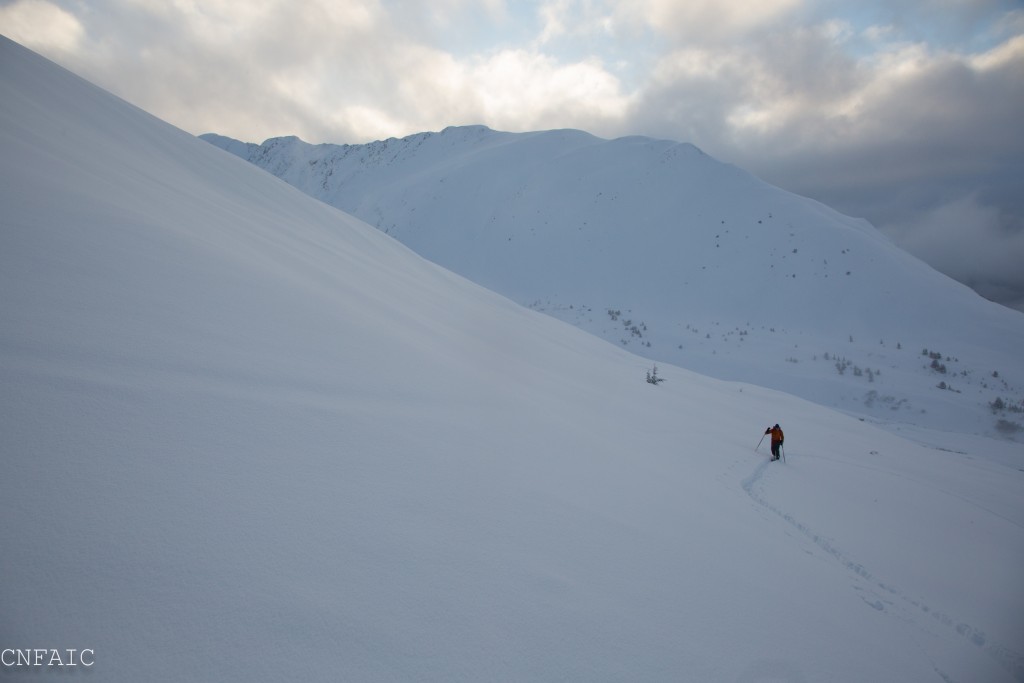 Approaching the NW ridge of Sunburst with Magnum in the background 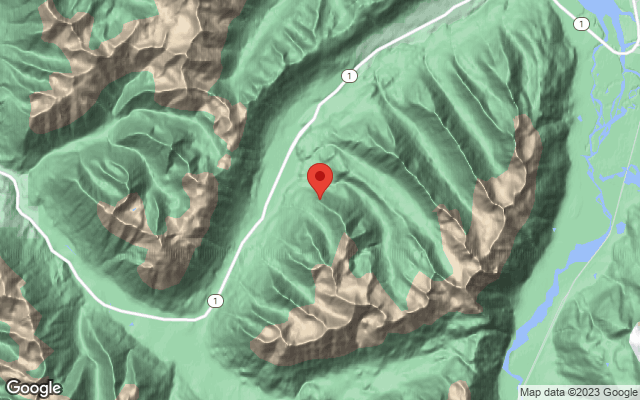