Small (D1) natural avalanche in a gully on Seattle Ridge directly across from Sunburst. (Did not see it happen, just a small debris pile, below a cornice).

Observed small shooting cracks (10 ft radius) on the leeward (west) side of the lower Sunburst ridge and on the last steep pitch before the north summit cone.

Pole probe tests, handpits, and ski penetration revealed a noticeable density change between old and new snow; however, the new snow was F hard in areas that were not wind effected. Wind effected areas on the leeward side of the west ridge had shallow wind slabs (2-6") that cracked around skis, and had two or three shooting cracks in a 10 ft radius. Sometimes the wind slabs were covered with light fresh snow and others were exposed on the surface. The new snow became noticeably more consolidated throughout the day, perhaps due to warming. 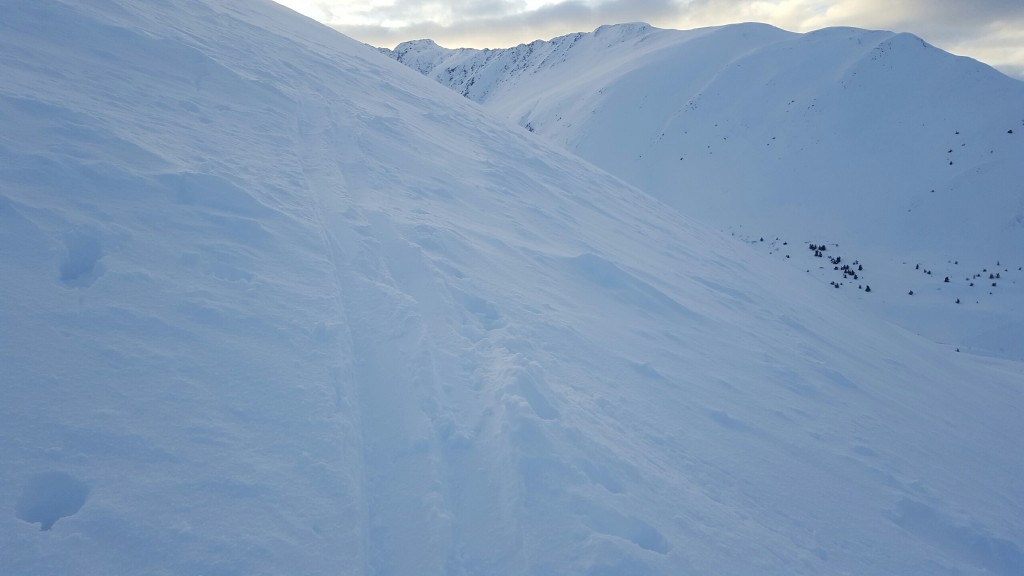 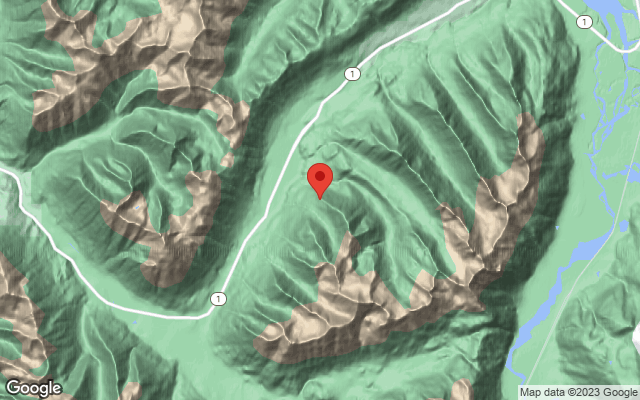