Toured standard up-track to ridge and then up to 3200′ below final pitch to top.

Skies were broken and varied between great vis and totally in the clouds
Freezing fog
Light NE wind
No precip
Temps in the high teens to low 20s at road level... balmy

Trace of new snow on settled "recycled powder" to 2500'
Wind effect and deposition along upper ridges enough that it had covered up older tracks closer to the ridge and created baby wind slabs.
Underneath the snow is quite stiff and supportable along the ridge and out onto parts of the face. Variable...

2000':We found the buried surface hoar on top of the deteriorating crust. HS: 1.5'/45 cm total snow. BSH down 35 from surface. Not reactive. SW aspect 20 degree slope. Lower elevation snow depths are notably less compared to snow depths north of Tincan from the storm the 30th.

3200': We dug out onto the slope below the last pitch to rocky nob on skin track and found the buried surface hoar on a part of the piece of terrain that didn't slide that had tracks near by. It was still intact and reactive. More taps to initiate but zipped across. ECTP 22 HS: 130. Buried surface hoar down 40 cm from surface. SW aspect 36 degree slope 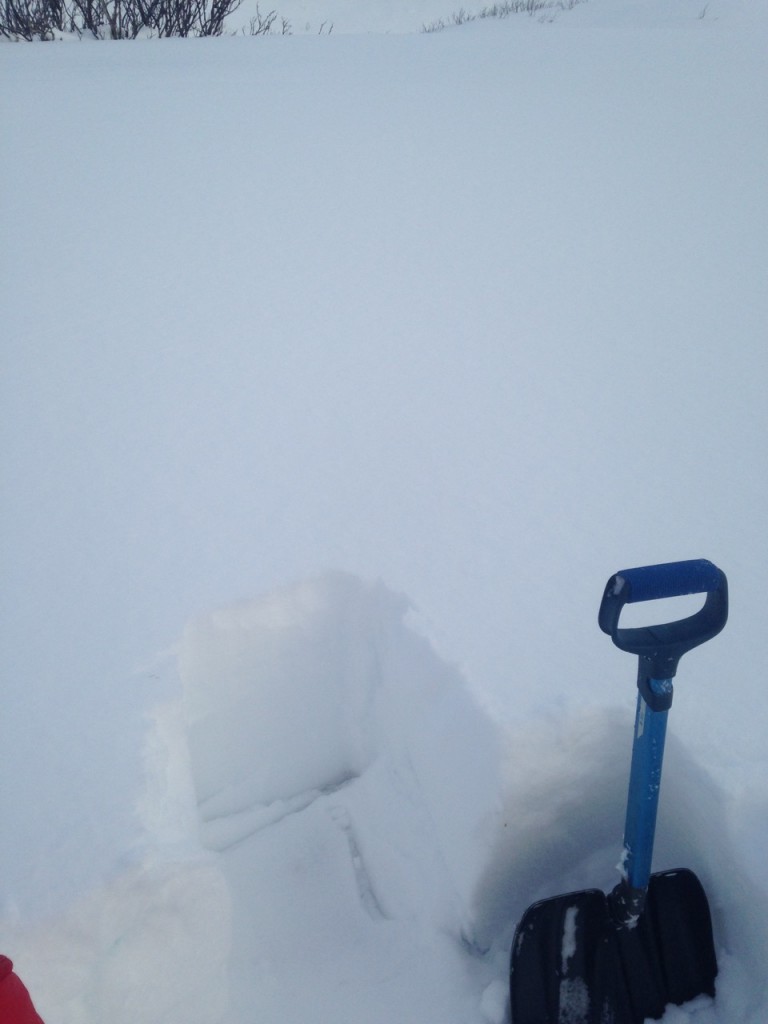 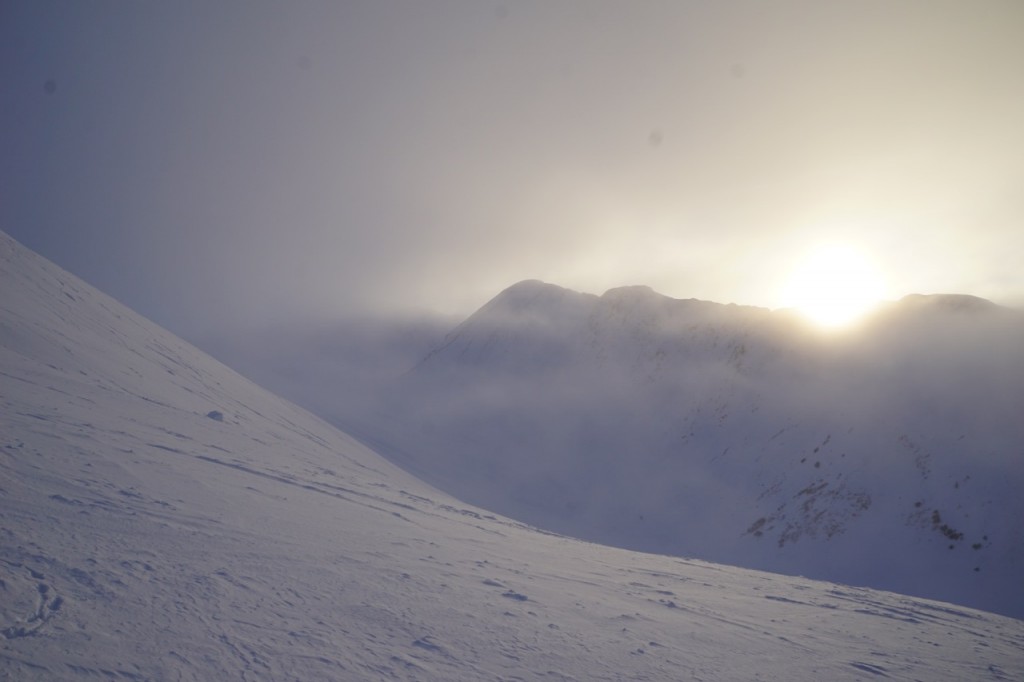 snow surface and clouds moving in 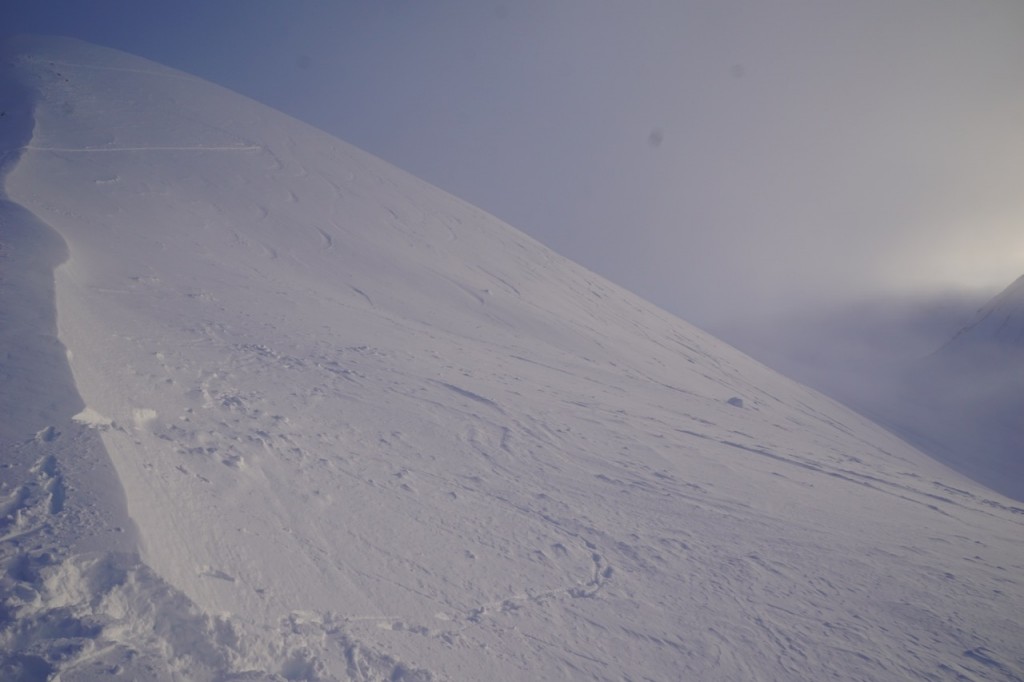 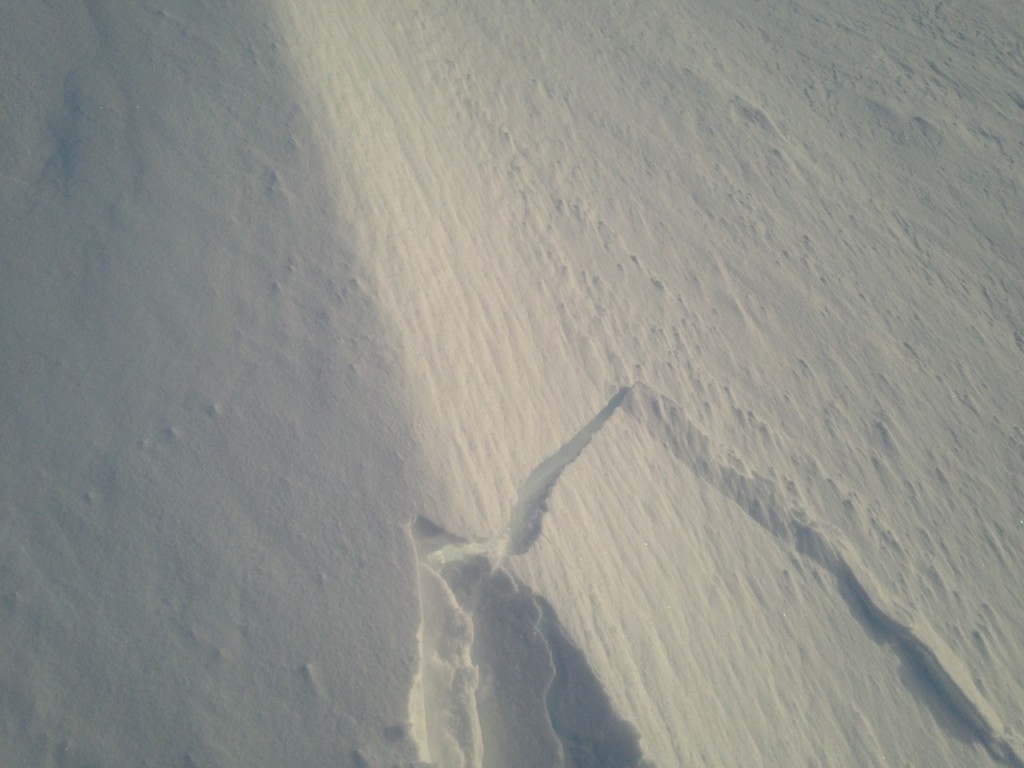 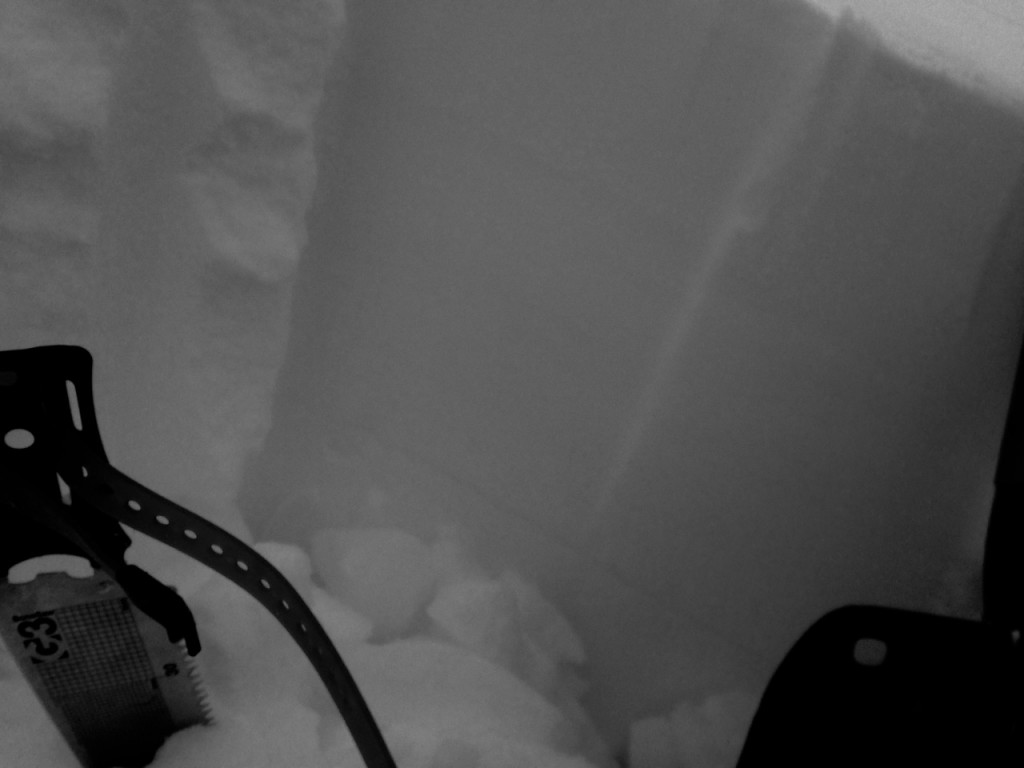 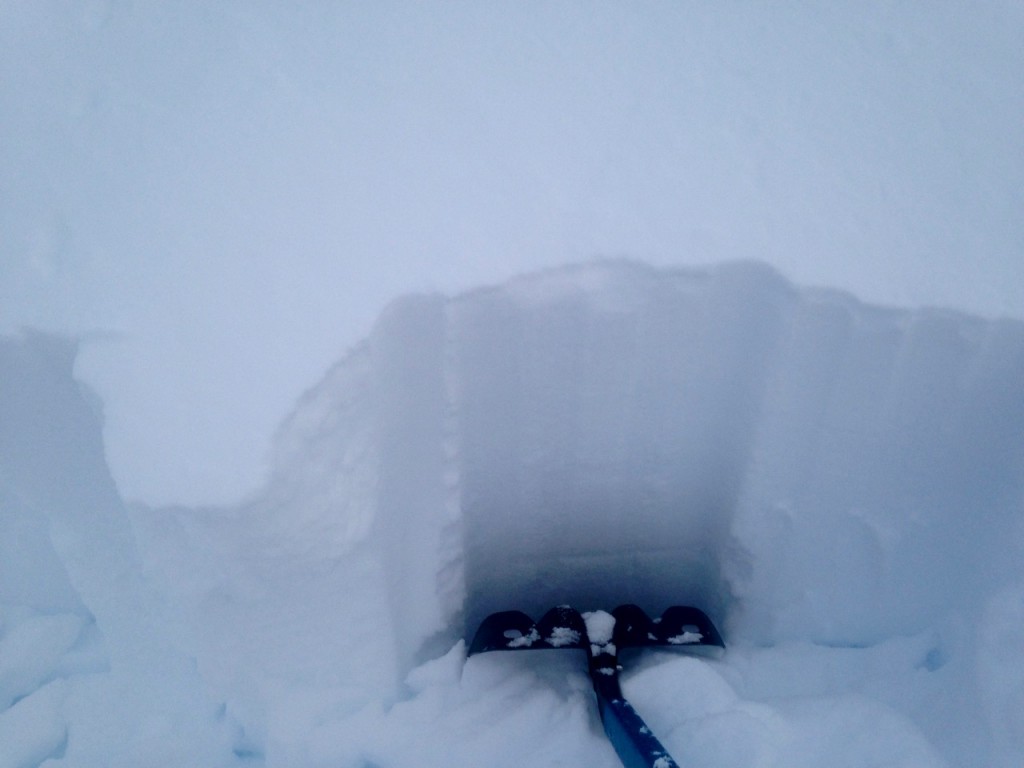 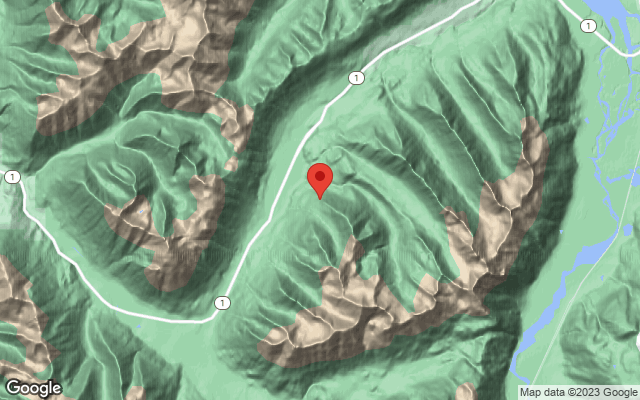