We climbed the standard up track past the first good stopping point, up the steeper portion of the ridge to the flat spot around 3450 ft. We dug a pit at 3,140 feet. Snow was 160 cm deep. We did see a layer of wet snow from 25-30cm. Besides that it was rounds starting at 1 finger penetration on bottom up to 10cm. Then 4 finger from 10-65cm, and fist from 65-160cm. We did not observe any weak players but didn’t perform any testing. This pit was on the south west side of the ridge, the snow on top was not wind affected but I believe there was some wind loading.

We started down from the bump at 3,450'. On the way down my partner went first. He stopped near our pit and once he stopped saw a crown around 3,150 feet. There was sluff above the crown. We were the first to ski the slope, so we think that his sluff started the slide. There was 20 ft of visible crown. On the west end the crown ended in undisturbed snow. The other end of the crown wasn't clearly defined because there was sluff that had run down from where we started skiing. The total length of the crown was hard to see because the sluff had run over all of what we could see, ~75'. The avalanche was 8" deep and there was a 0.5-0.75" or layer of hoar frost underneath 8" of new snow. Due to poor visibility and being on a convex slope we could not see how far the slide ran. We could see 200ft down, it ran at least that far.

The slide was about 200ft from our pit. I think there are two possibilities why I missed this week layer. Either the pit was in a windier spot, which kept the hoar frost from forming. It was closer to the ridge than where the slide started. The other option I could see is that I missed the layer.

We skied down our skin track and saw another big shooting crack on the way down around 2,300'.

Another skier mentioned seeing an avalanche starting lower than we did. He said it ran all the way to the creek. Depth was similar 6-8".

Didn't see any signs on the way up. Some skiers above us had already triggered an avalanche at lower elevation. We didn't see it, visibility was pretty low most of the day.

On the way down we saw the slide and another shooting crack around 25' wide. The slope was less steep and the snow didn't really move.

I didn't do any formal tests. I dug a pit at the same elevation as the slide. The pit was closer to the ridge so maybe the weak layer was kept down by wind from being closer to the ridge. I could have missed it as well. There was some wet snow down low, ~5 cm of wet layer 25 cm from the bottom. 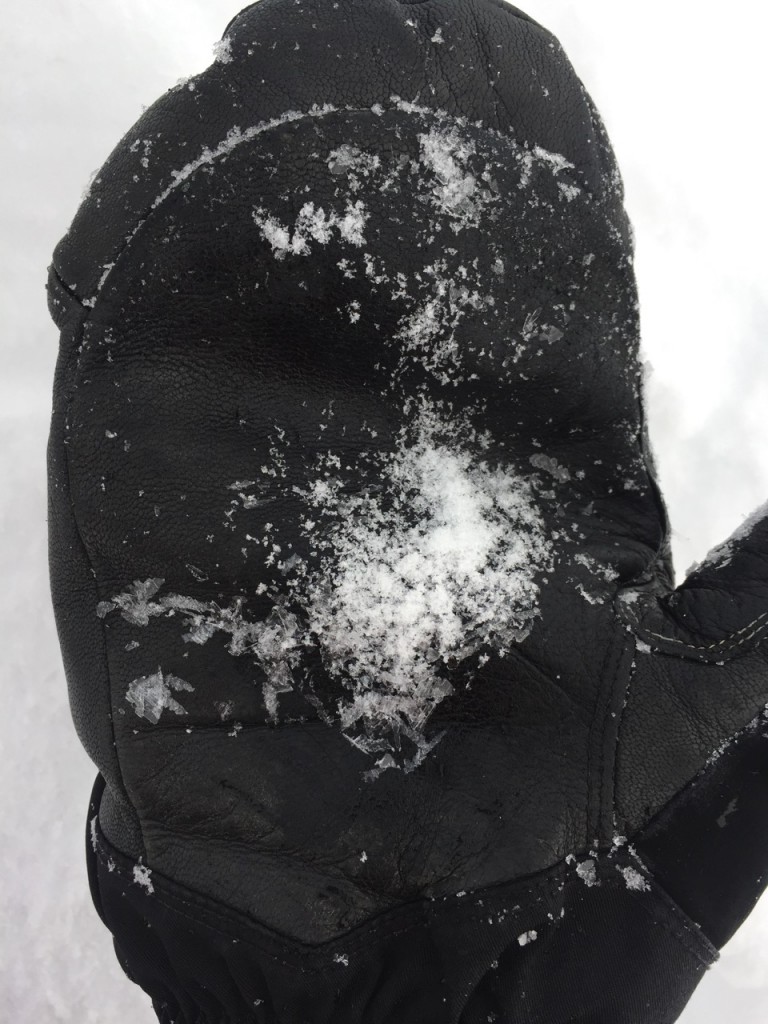 Some of the hoar frost/weak layer on the left side of my glove. 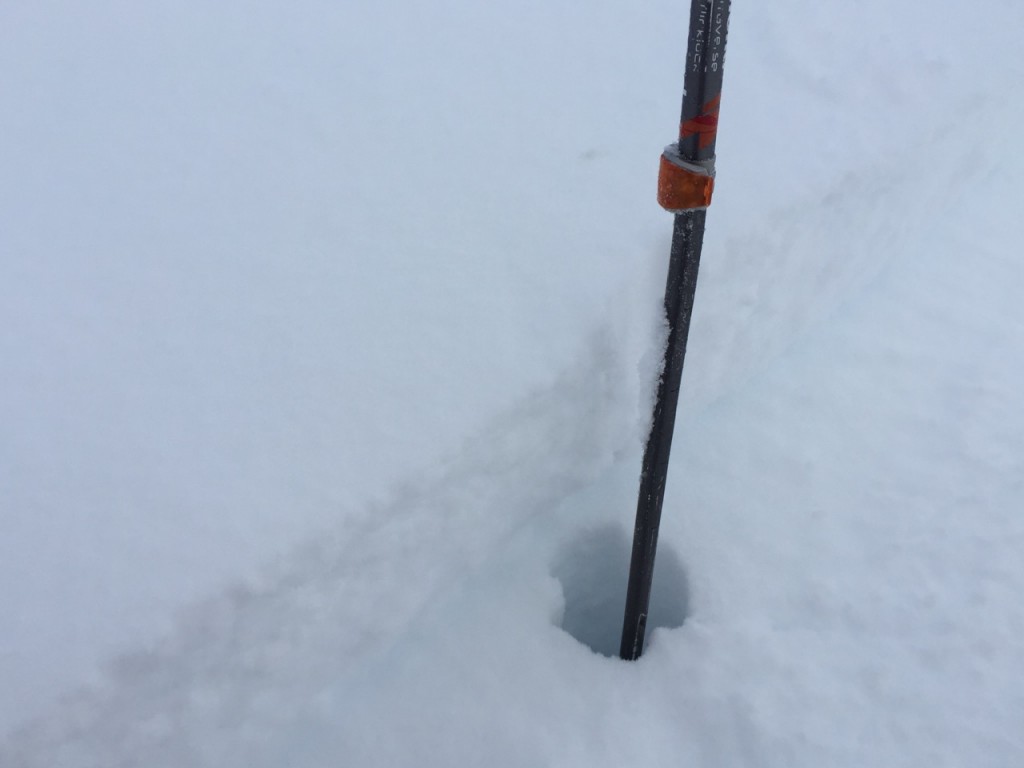 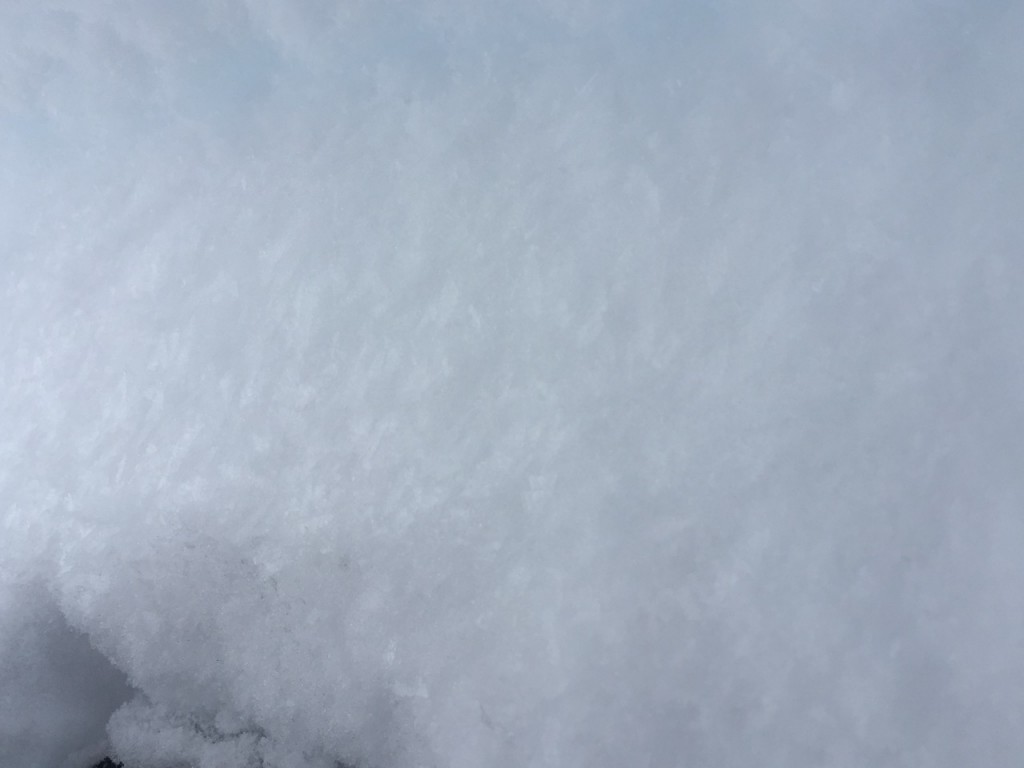 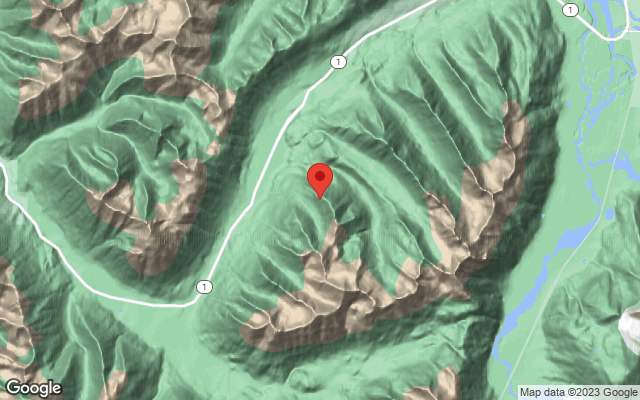