Toured up to 3100′ on Sunburst and drove South to Johnson Pass parking for road observations.

Storm cycle avalanches on Seattle Ridge, Petes South and the Library, all D1-D2s storm and wind slabs. On Seattle Ridge the debris looked more characteristic of wet avalanches. I suspect the avalanches initiated in drier snow and entrained wetter snow down low in the tracks. I also observed small (D1) recent human triggered avalanches in Tincan Common Bowl and off of CFR ridge. Petes South also has a large glide crack on it as well.

Dug @ 2300', 25 degree slope, SW aspect to look at the rain crust/old snow/new slab set-up. No results in any tests.
Probed from 3100'-2200' to look for the crust. HS=185 cms, 1/27 rain crust at 65 cms down.
Snowpack was variable on the ridge going from 20 cms-300 cms, obvious significant wind re-distribution of snow.
Hand pits and test slopes produced no results. Storm snow seems to be bonding well to old snow.
Cornices are continuing to grow and glide crack still 'frown' throughout the Pass. There was a high mark near the Moto lot directly under a glide crack.
Observed a few cornice breaks that did not appear to have triggered slides below.
Snowpack received a fair number of slope testers today around the pass.
AAS student groups reported they had some whumpfing on Tincan at 1500' and performed a variety of snowpack tests that produced no significant results. 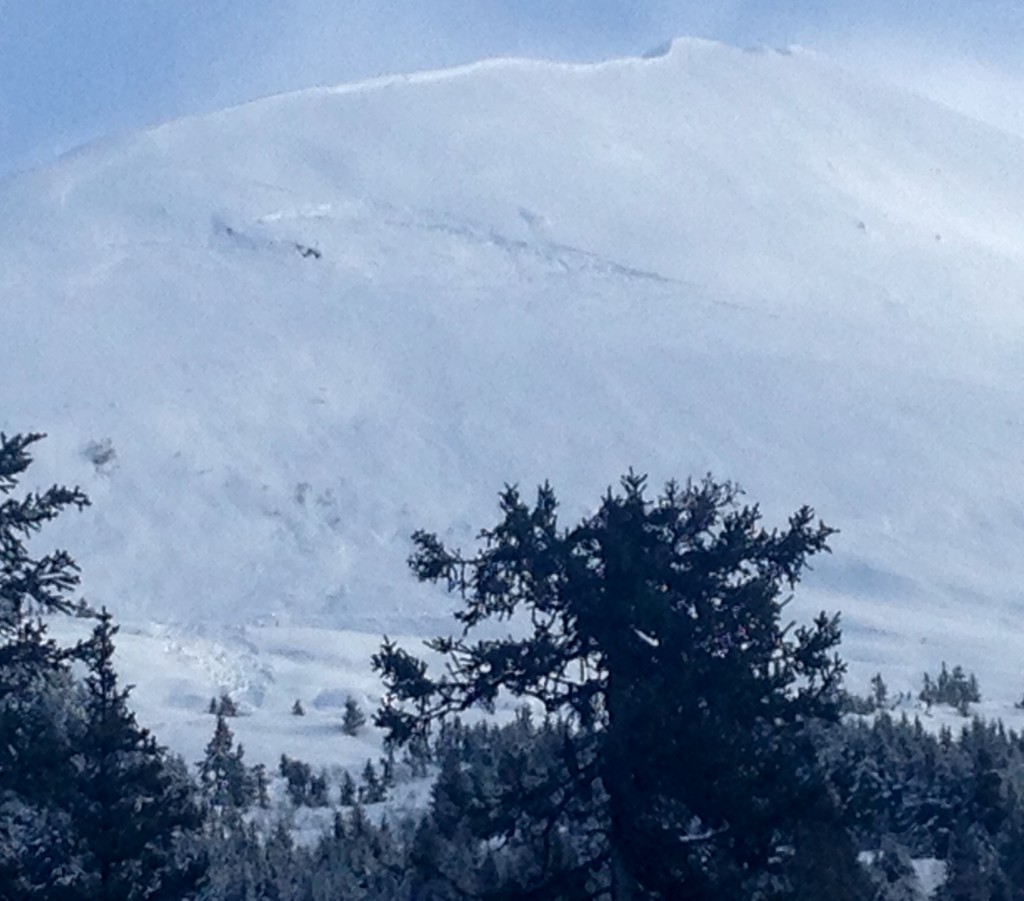 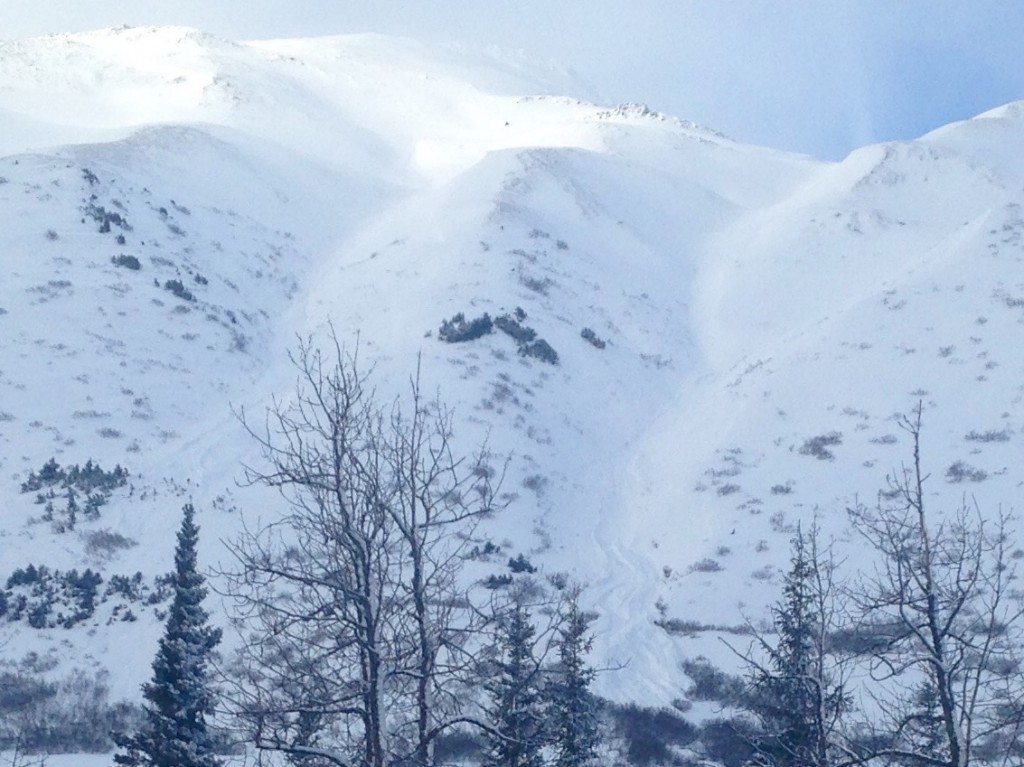 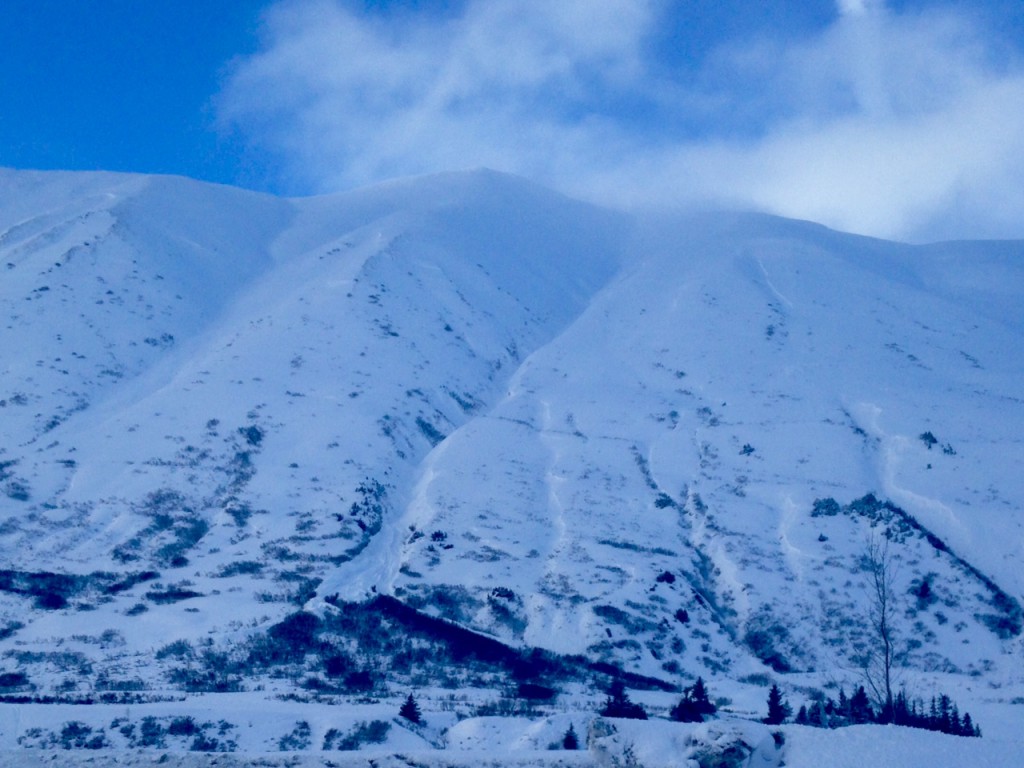 Another avalanche off of Seattle Ridge across from Sunburst 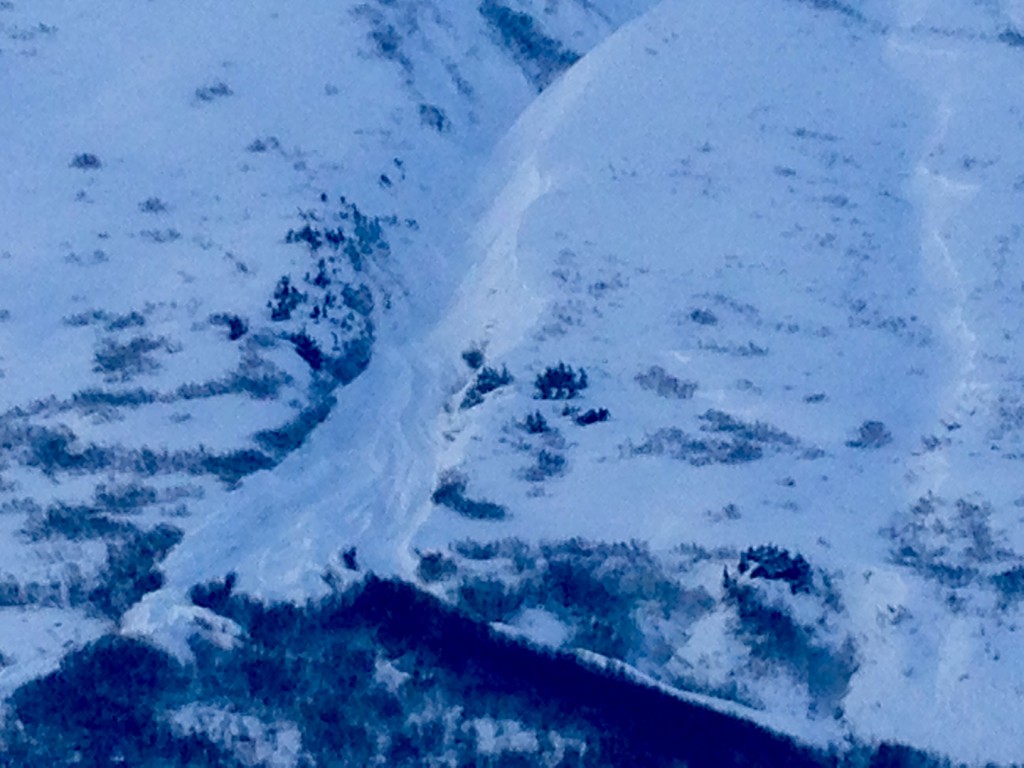 Close up of the debris pile 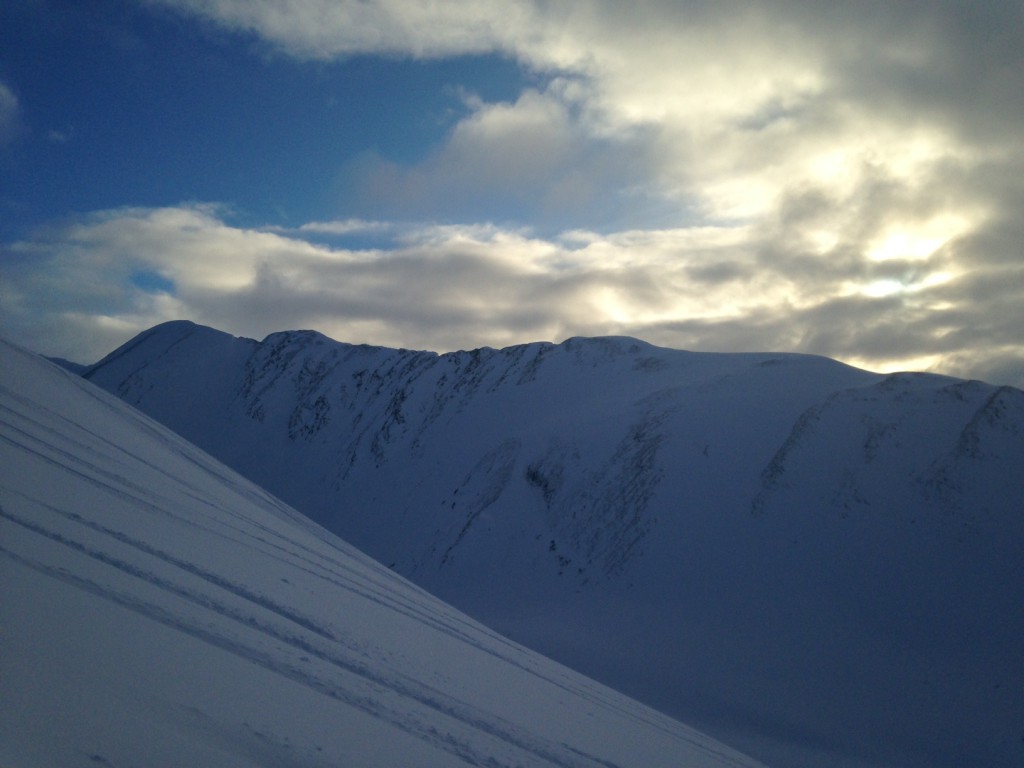 Scouring and cross-loading on N. side of Magnum 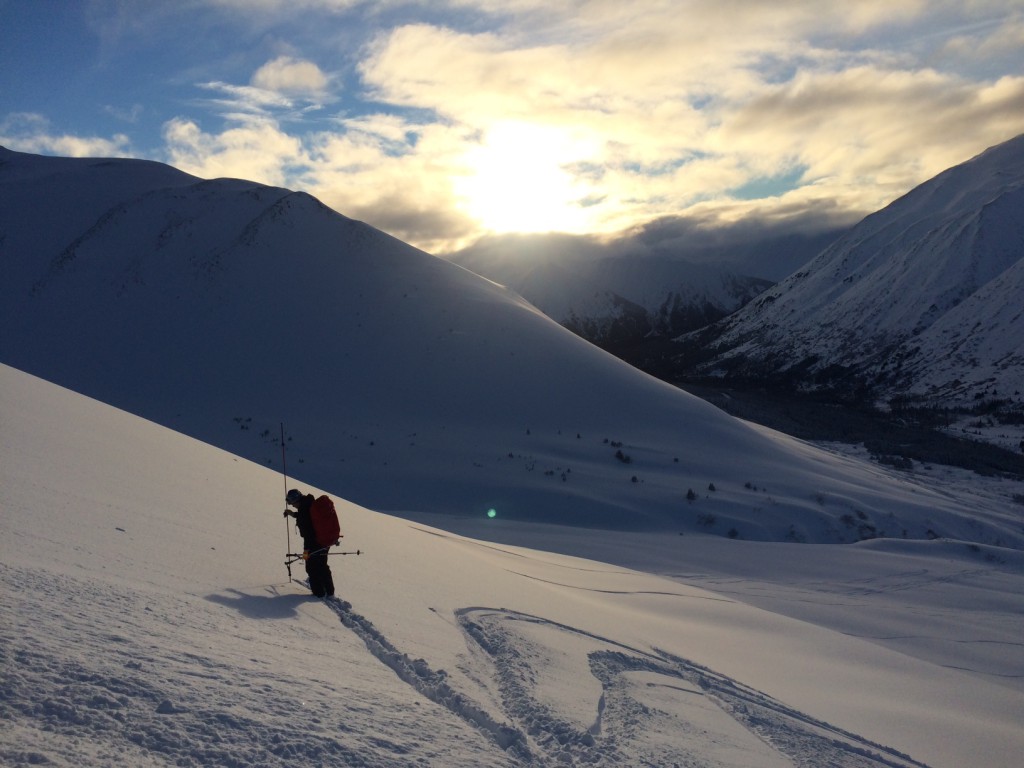 Probing for the 1/27 rain crust 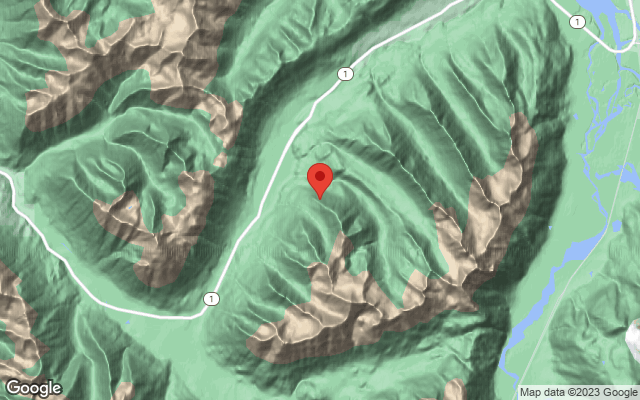