Avalanche activity-we observed crowns that had filled in and most had likely
occurred between 12/7-12/9. Many starting zones between 3,000-4,000’ had older
crowns filled in (mid storm activity)
Widespread wet loose activity occurred around the 2,300’ elevation with some
variations. Seattle ridge and the “Library” on Tincan ridge had the most
widespread wet loose debris below.
Glide cracks- The largest observed today and most active is on the East face of
Pyramid around 2,500’-it appears the slab has moved 10-20 feet downhill in the
past 24 hours. Dimensions are approx. 150’ across by 200’ vertical. Glide
cracks around 2,500 on Eddies and Tincan are still evident with no signs of
recent movement.

Rollerballs and pinwheels that likely moved on 12/8 are present between
2,000-3,000’. These are mainly obstacles and are now firm and worth avoiding.

Snow below the surface
We dug at 3,000’ and again at 3,400’ along the standard uptrack on Sunburst.
Some unstable snow was found in tests with overall high strength at all
interfaces. See below for more info.

Pit #2 – 3,400’ SW Aspect 34 deg slope, 50 vertical feet below the ridge
HS=105cm – 40″
Good bonding between layers. A wind slab that formed mid storm (12/7-12/9) has
snow below it that is less hard (4F slab over F hard settled snow). As a result
we got propagation across the failure plane in this pit (see video). These
results lead towards low likelihood of triggering avalanches with some potential
for avalanches to propagate across a slope. Given that the grain type of this
weak layer is decomposing fragments and NOT a persistent grain type (facets or
buried surface hoar), we can expect this bond to grow strong relatively quickly.
However, it will be important to investigate this interface in upper elevation
starting zones over the next several days. 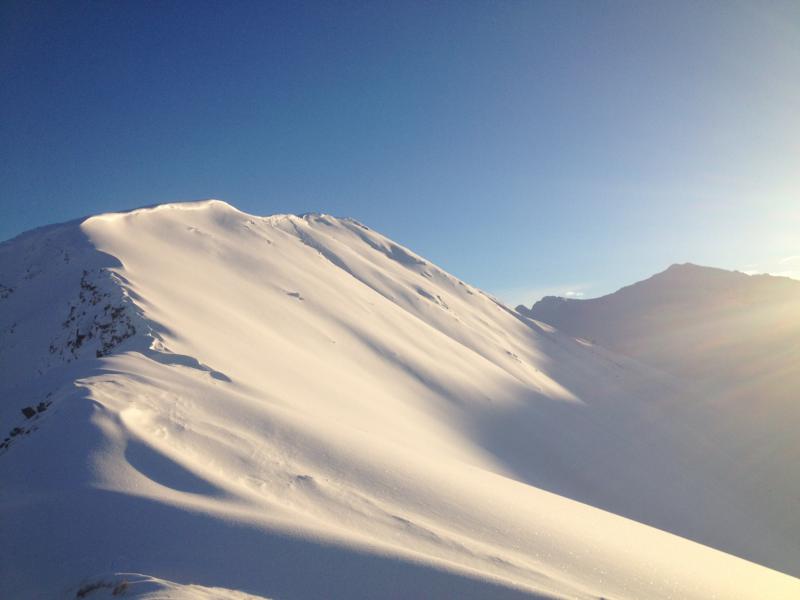 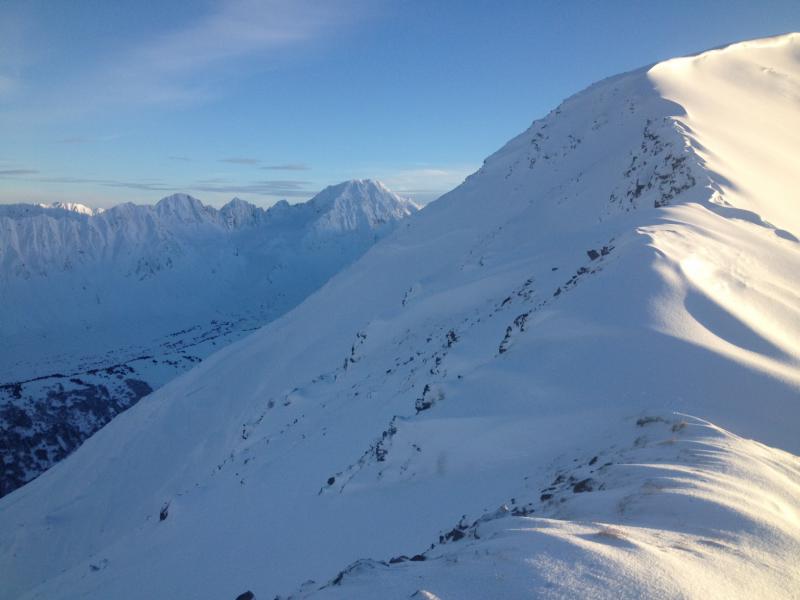 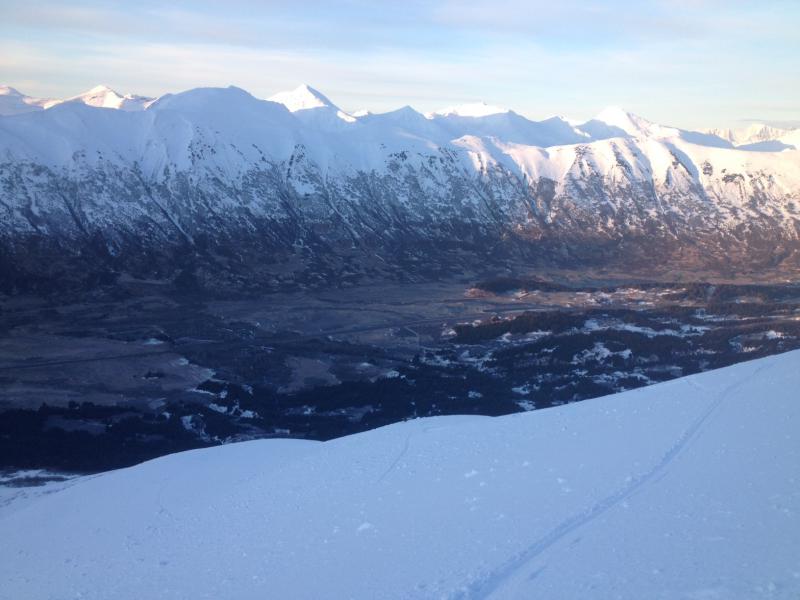 Rain in the lower elevations has wiped out the snowpack below 1,500' 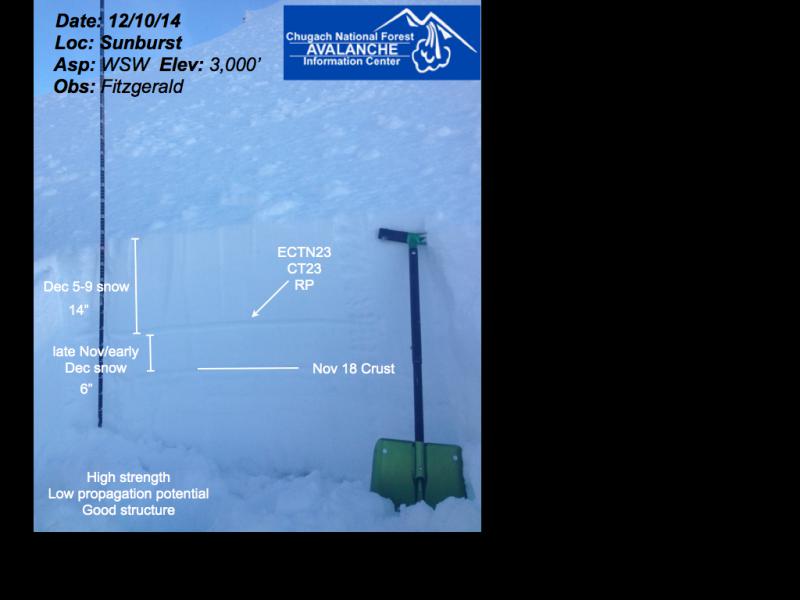 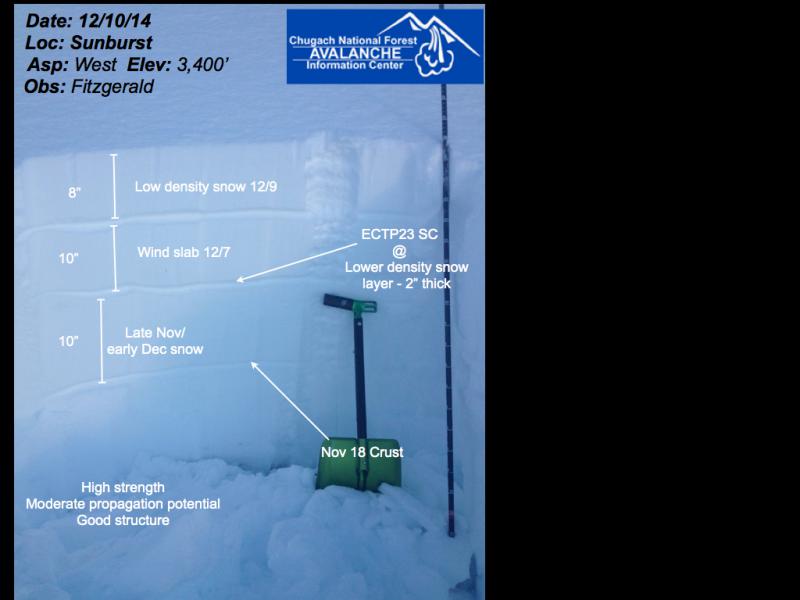