Recent storm snow/wind was a Red Flag. Plumes off ridges at the high elevations.

Light snowfall added around an inch of new snow through the day. Temperatures mild - upper 20's to 30F at 1,000'. Winds light and Northerly at lower elevations then light Easterly just above treeline. Plumes from strong Easterly winds at the high peaks.

4" of new loose snow from overnight on top of 10" settled snow from the Christmas Day storm. Great skiing, poor viz.

The snowpack is trending towards right side up with two exceptions. First, the Christmas storm snow is becoming more cohesive and 'almost' wants to propagate in pits today. The weak layer is the old snow surface (35cm from the surface) composed of a mix of near surface faceted snow and surface hoar that sits just under the storm snow. The second issue (100-110cm from the surface) is the old near surface facet/surface hoar mix that sits just above the old Thanksgiving Rain Crust. See photo.

Future issues? With two concerning weak layers in the pack and a warm storm coming, rain to 1,000-1,500' ish, we may see some interesting avalanche activity. There is now over 7" of water weight on the Thanksgiving Crust - if we see avalanches break this deep in the pack, crown depths will be 4-6' deep. This is more of an outlier situation. Much of the activity will likely occur in weakness near the top of the pack and within the future storm snow. Time will tell. 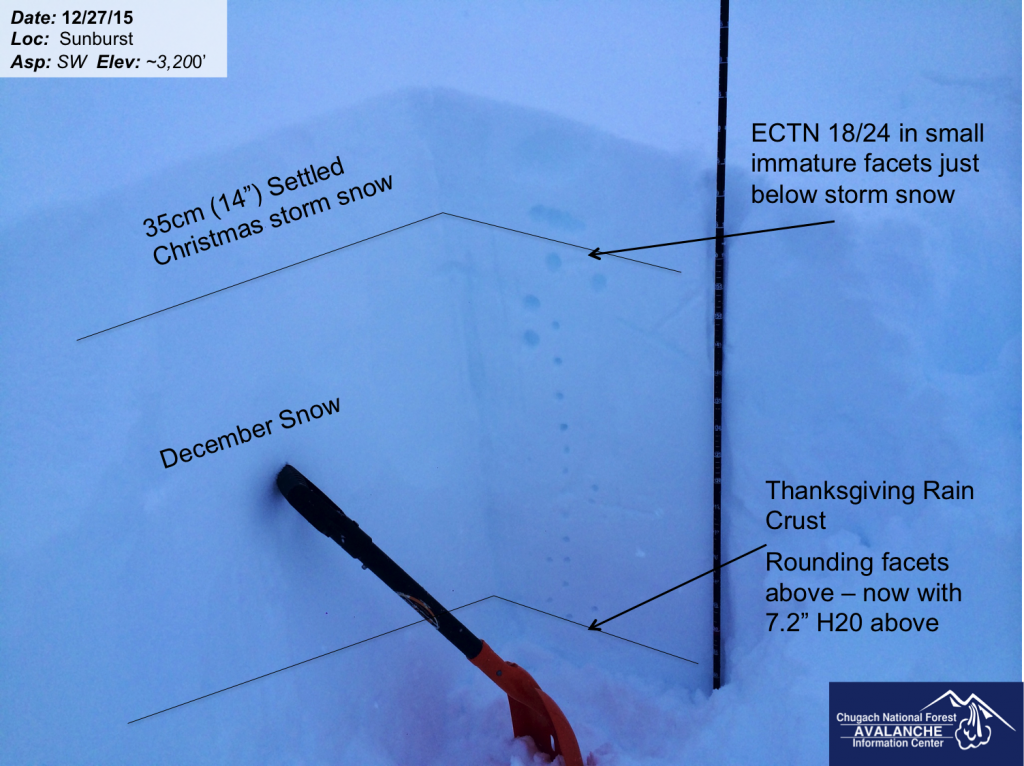 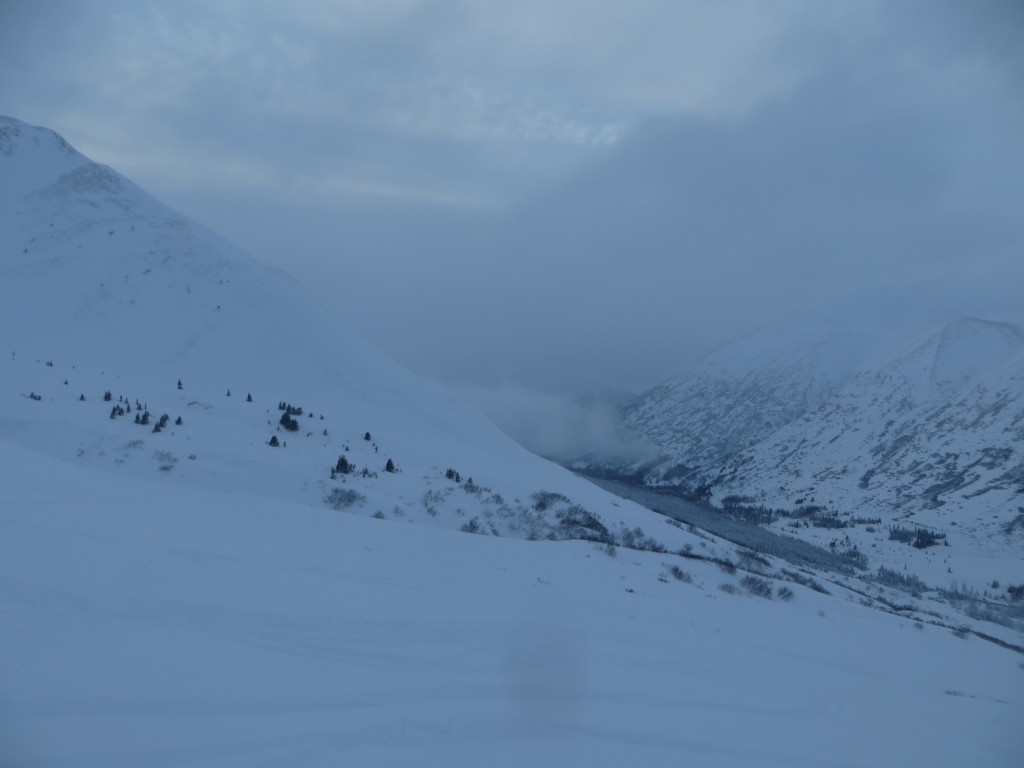 One of those hard to see days on the Pass. Light snowfall and breezy winds. 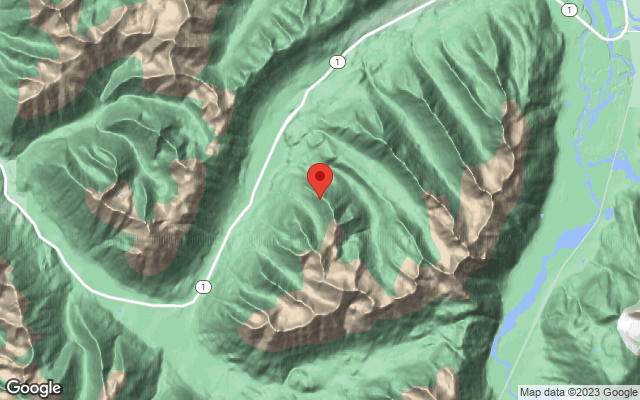