Route:
Hiked with skis on packs to ~1600′ to where there was enough snow to skin. Skinned up the Sunburst ridge to a high point of ~3400′.

Weather:
Partly cloudy skies turning to obscured with the leading edge of a storm rolling in. Light snow began to fall around 1pm with light NE winds (moderate gusts on ridge). Temperatures in the mid 20’sF on ridge and warming. Temps warmed to the mid 30’s at the parking lot by 4pm.

Obvious signs of instability:
Recent Avalanches – No
Collapsing – No
Cracking – No

Snow surface:
Widespread surface hoar (1-2cm) has developed during the past 4 days at all elevations. This was just beginning to be covered up this afternoon with light snow. Surface hoar is a notorious “persistent weak layer” and once buried with new snow will be the primary concern. See photos/video. 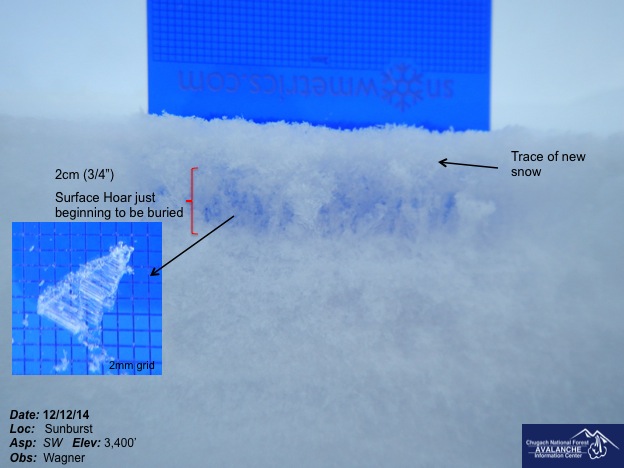 1.5-2cm barely buried surface hoar sitting on soft 4Finger snow (only a trace of new snow on top - so far). Standing upright and intact at 3,400' 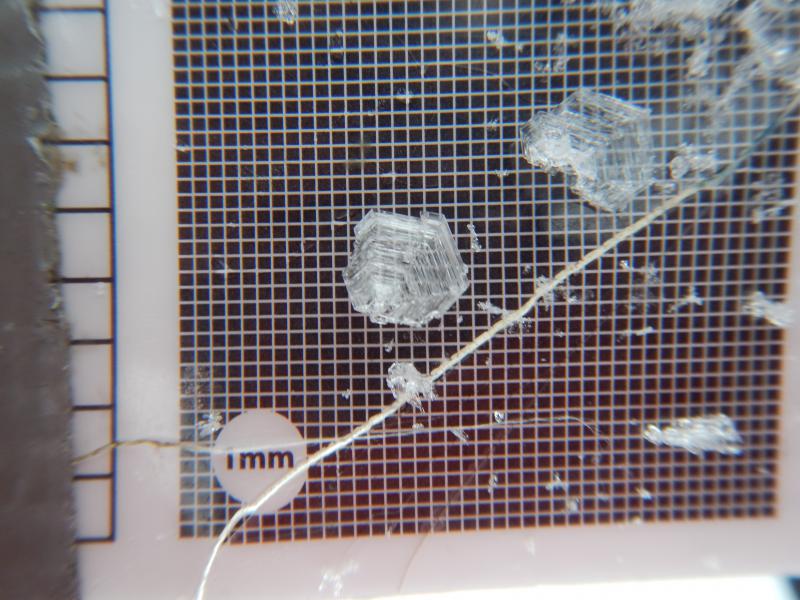 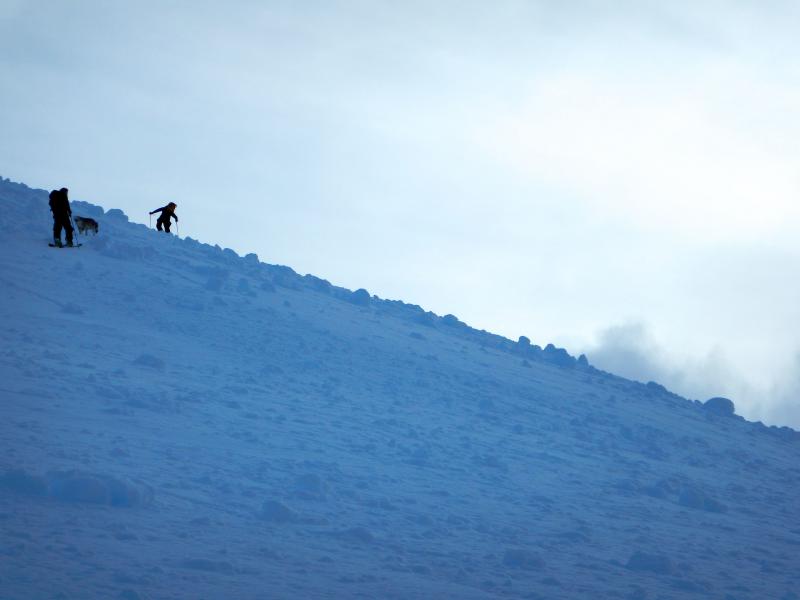 Frozen rollerballs that could present hidden obstacles when covered with enough snow to hide them but not enough to bury them. 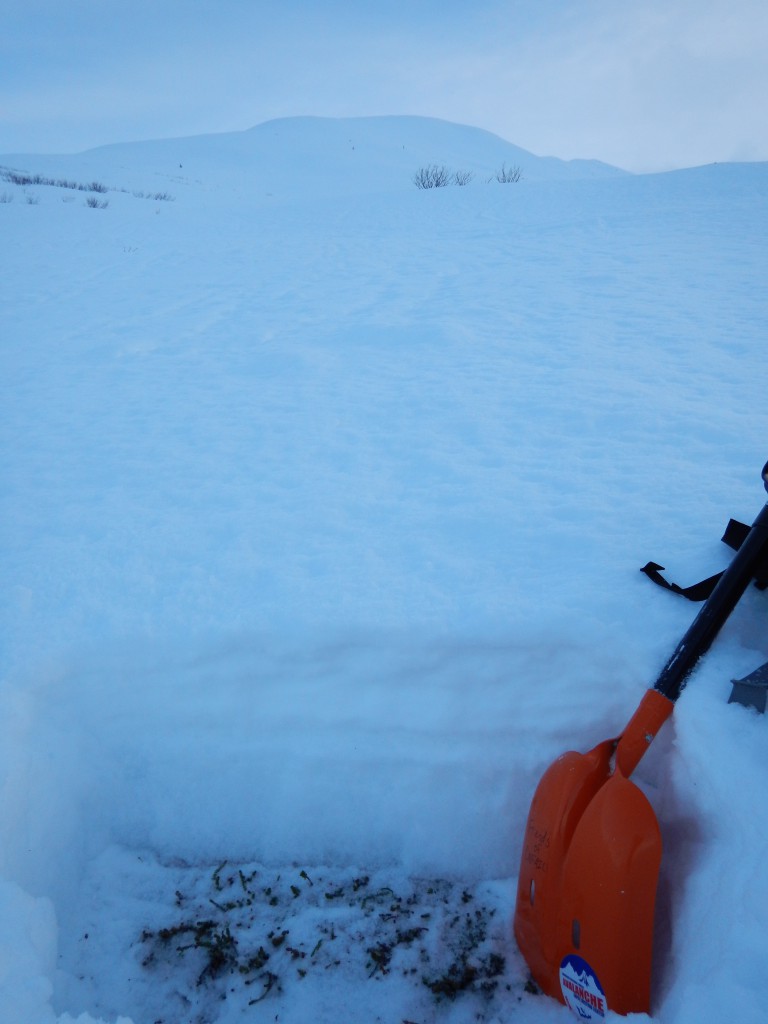 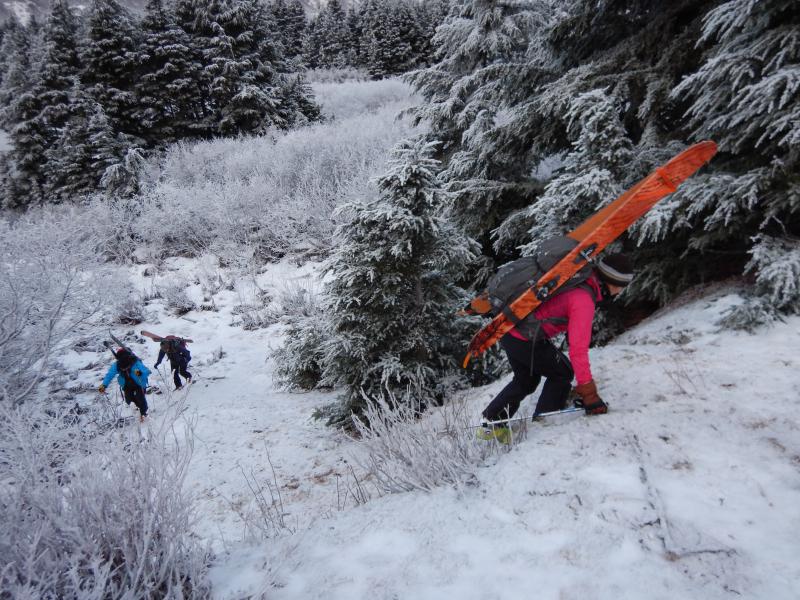 Treacherous hike to 1500' where the snowpack begins. 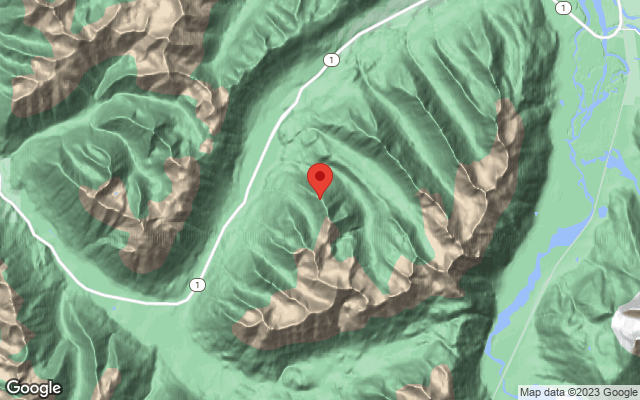