Winds increased around 1pm to 20's gusting to 30mph

Snowing lightly when we arrived at 10am and increased around 12:30pm
2.5" new snow on the car at 2pm
Winds 20-30mph
Winds were blowing from the NE until 12:30pm and switched to SW
Temps: 20F
Visibility was poor

2-3" new snow throughout the late morning early afternoon. Along Sunburst ridge the surface was firm and scoured, 1" ski penetration.

Dug a pit at 3400' on a SW aspect. HS=132, probed around the area and HS varied from 85cm to 150cm. Snowpack was very uniform, and upright, with mostly 1F hard snow with 4F on top. Didn't find the facet layer, only a density change 19" (48cm) below the surface. The rest of the snowpack was composed of mostly rounds. The snow at the ground was rounding and bonding well, 1F hard, melt/freeze and rounding facets. Test results were ECTX. Overall the stability of this pit was very good. 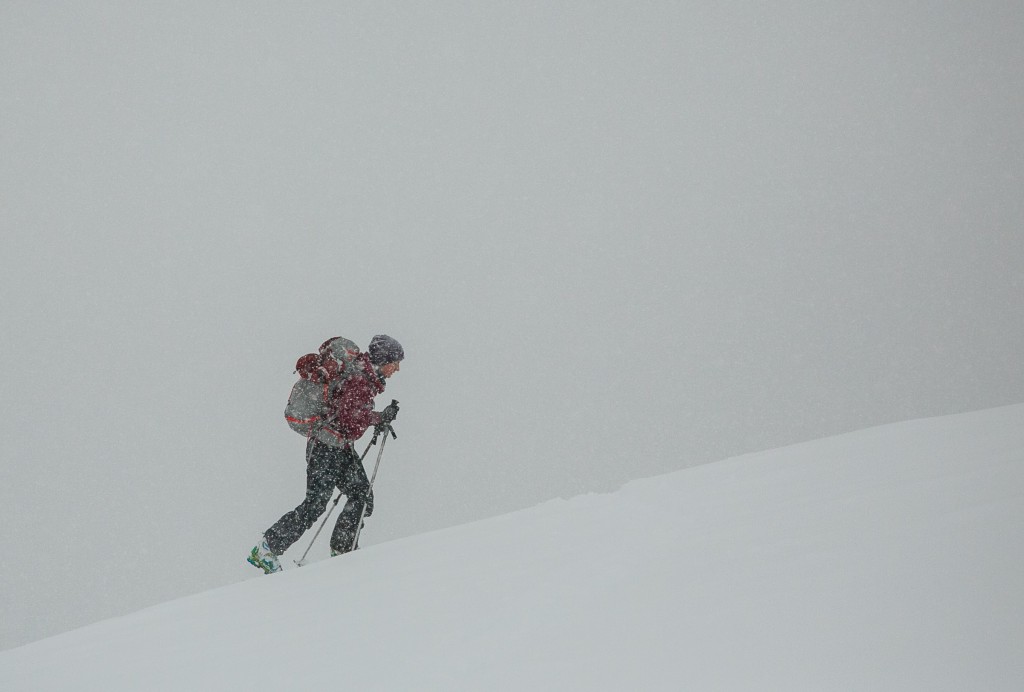 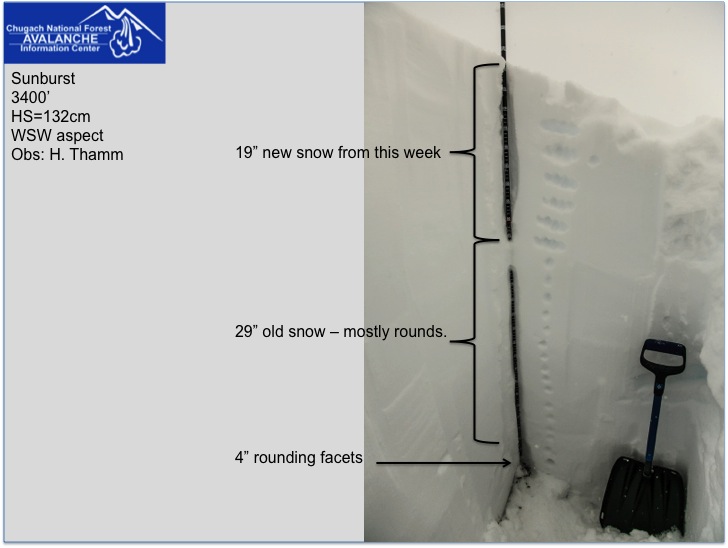 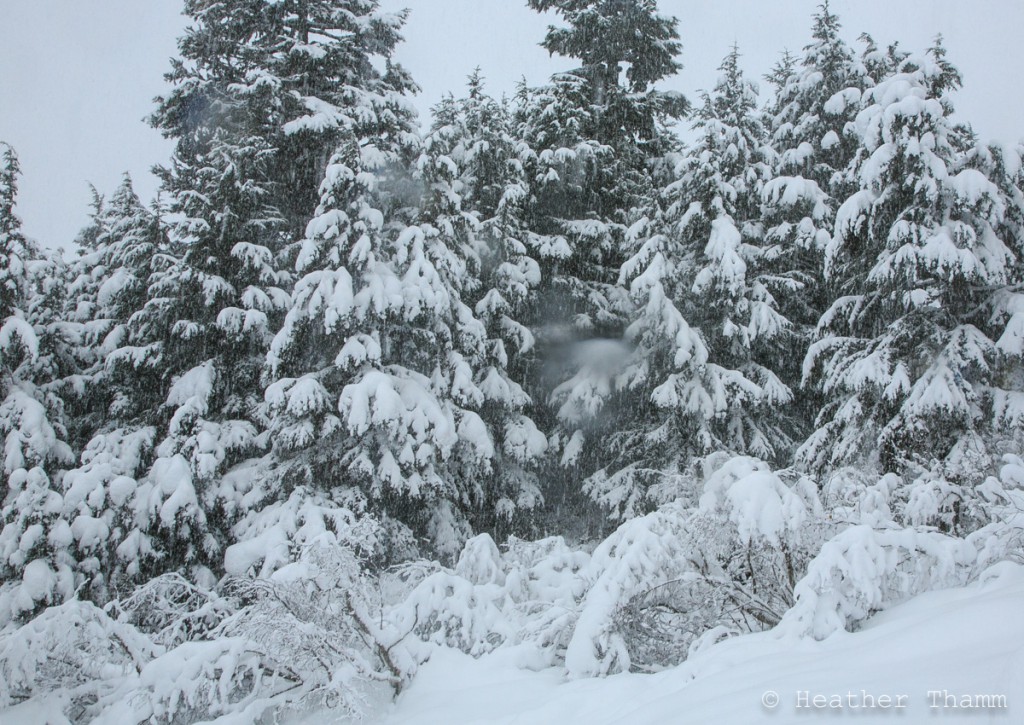 Good coverage in lower elevations and alders are slowly getting more and more covered. 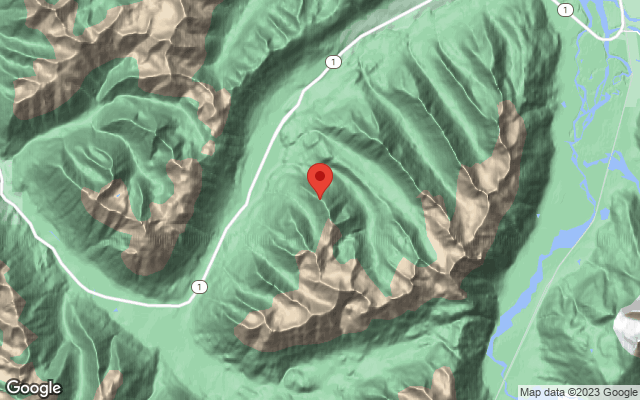