*No recent avalanches within the last 24hrs. All recent activity was from the end of the last storm cycle (4/17-4/19)

*We did observe same cracking, very small and isolated around ski tips only in wind drifted areas along Sunburst Ridge

*Along sunburst's ridge we found 4-12" wind slab pockets, small and isolated around leeward features. These slabs were soft, 1F hard and were not big enough to bury someone, but could knock you off your feet in steep exposed terrain. Below the ridge the new snow averaged 2-3" and was very low density. In the afternoon, this surface snow was becoming moist in the sun and rollerballs, and moist sluffs occurred while skiing a Southwestern aspect.

Under the 2-3" of new snow a stout and supportable melt/freeze crust was found to Sunburst high point of 3800'. At 2000' the crust was 5" thick sitting on top of moist rounds. At 3800' the crust was 1" thick and supportable under skis, boot pen≈12". In a pit at 3550' several melt/freeze crusts were found in the top meter of the snowpack and we found good bonding within the new storm snow from this last weekend (4/17-4/19.) No obvious weak layers were found and tests results were unremarkable.

*Many deep slab avalanches happened during this last storm event which brought 3" of water in the form of rain and snow combined with gale force winds and very warm temperatures. The photos below were taken today at Taylor Pass of two deep slab avalanches that likely happened mid storm. Cool temperatures followed this storm event creating a supportable surface crust as well as many other crust within the top meter of the snow pack. It is possible that an old weak layer is still present deep within the snowpack, but due to the thickness of the slab and the many crust layers found today triggering an old weak layer is very unlikely.

*Warm temperatures and solar radiation will be something to monitor in the coming days as the surface snow melts. This warming will make triggering a wet loose avalanche or an old windslab possible. 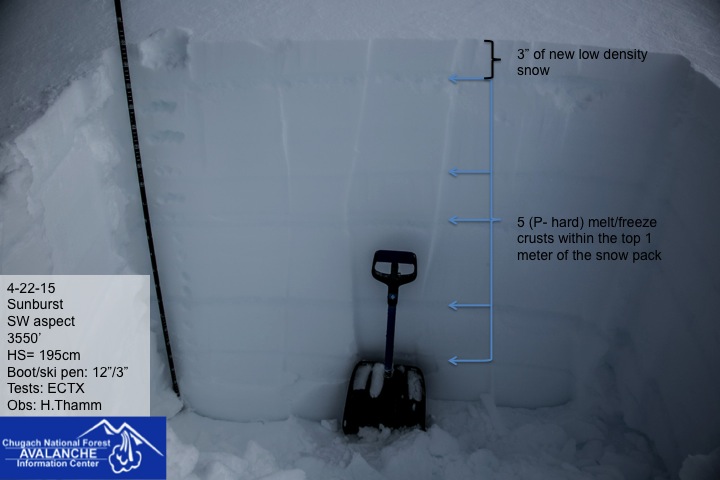 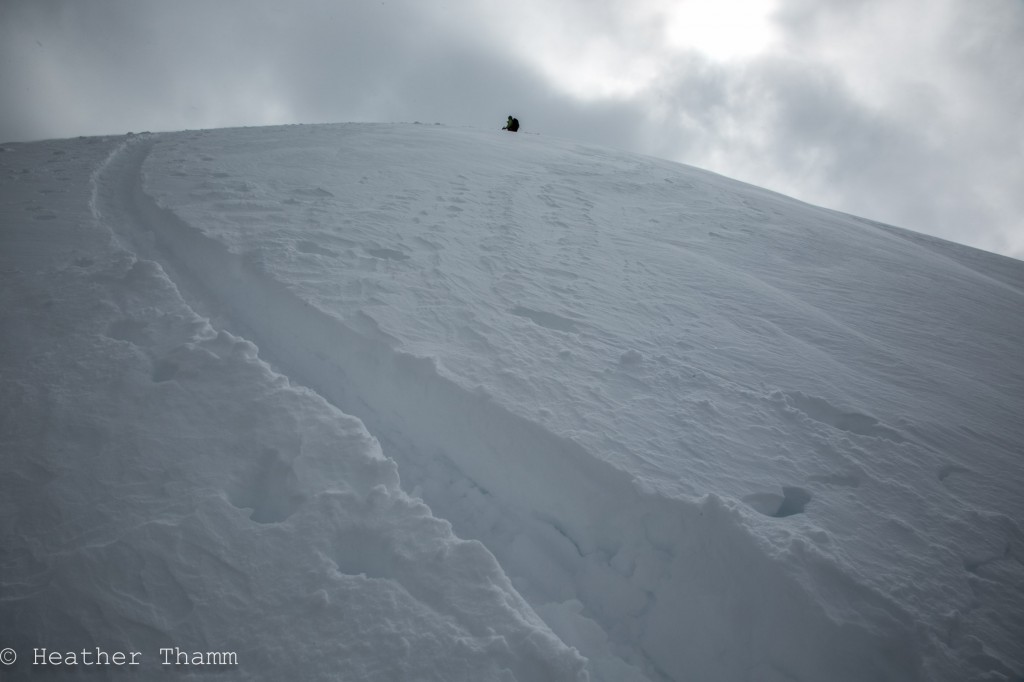 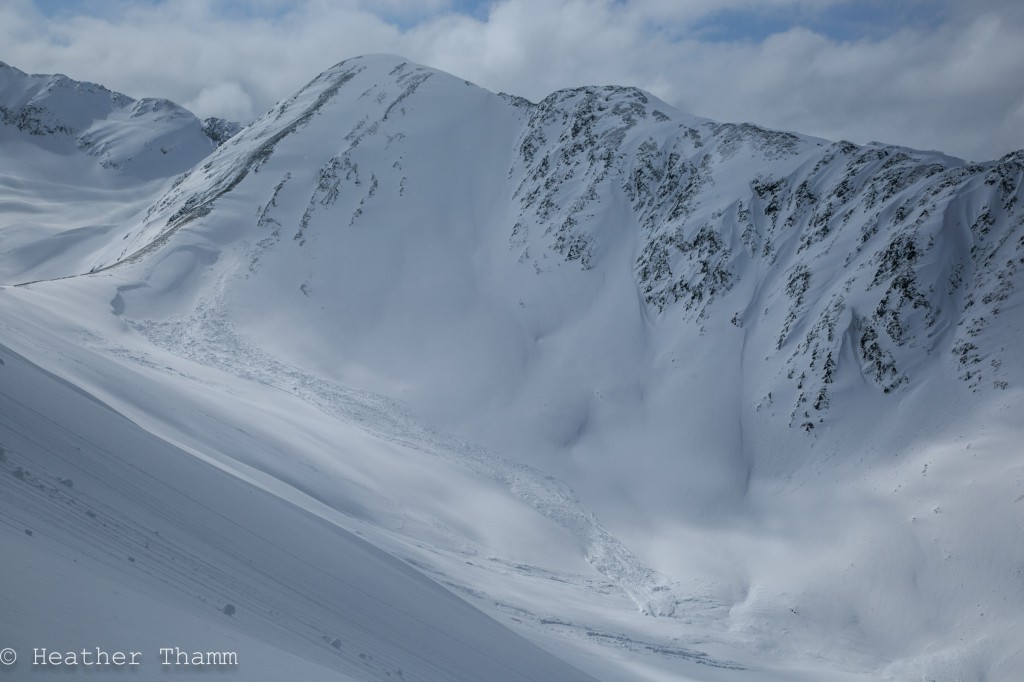 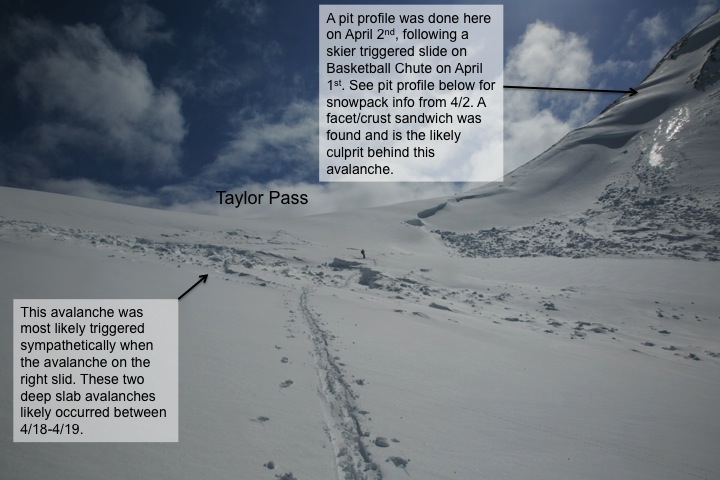 Upon a closer look two avalanches were found on Taylor Pass. 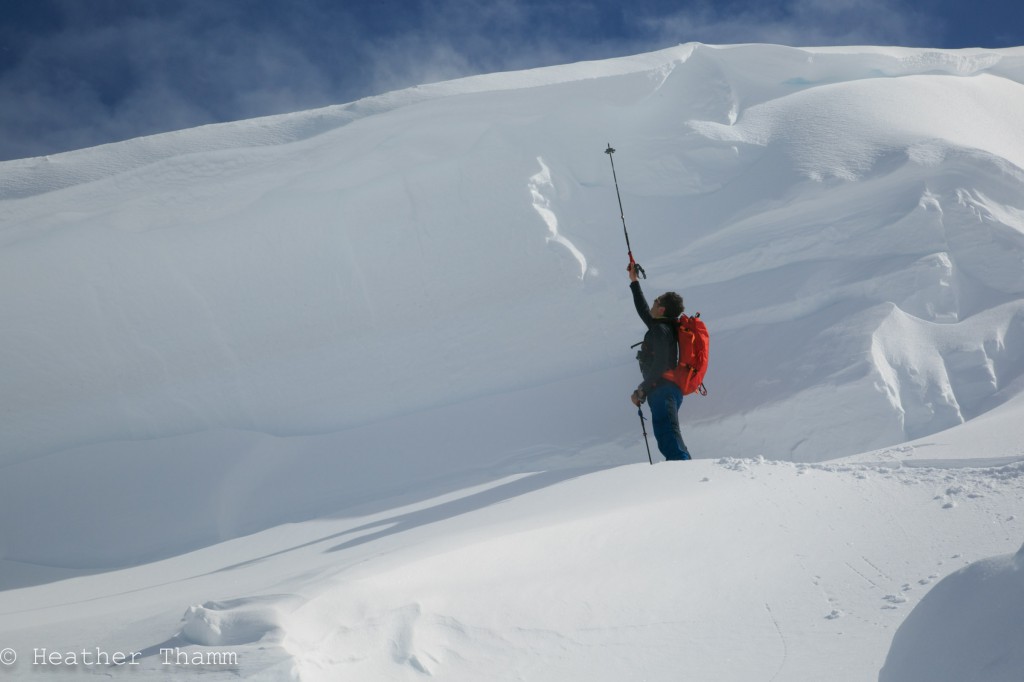 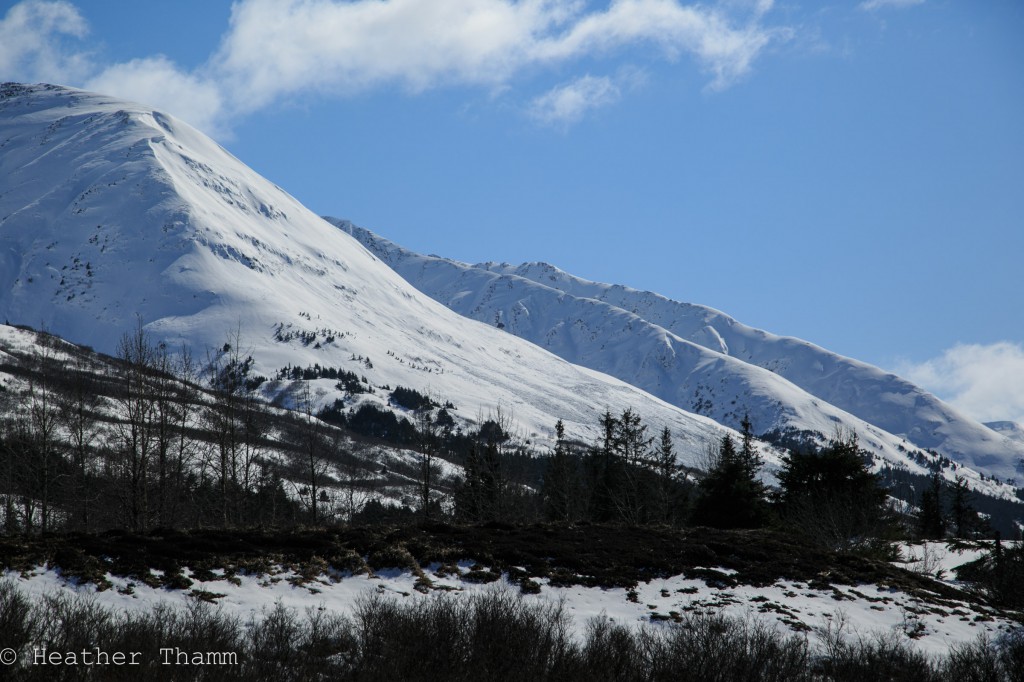 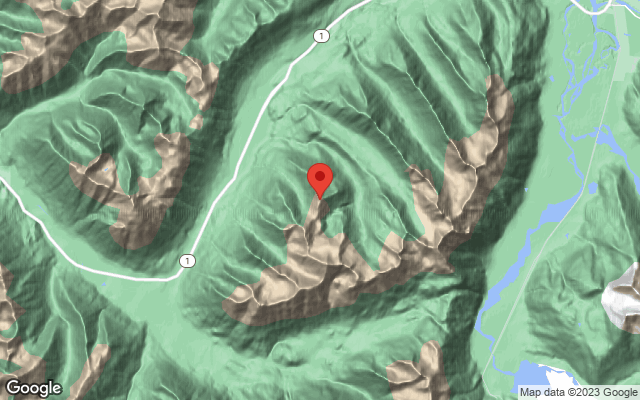