On wed. March 28th significant windloading was happening in the Carter Lake
Area. Winds were transporting a lot of snow on to the West aspects and
sometimes switching from true East to more NE. This has transported
significant snowload above Carter Lake mainly on the LV Ray side but also cross
loaded some of the drainages on Wrong Mountain.

Winds at Summit were similar transporting snow but not as much as Carter to the
south and west aspects with a wind out of the NE with winds in the 20 mph range
gust to 40. Some evidence of previous avalanches were seen on West aspects out
of the larger drainages but hard to determine how old since it is all filled
back in and windloaded.

The easterly winds were affecting Lost Lake as well with significant
windloading on Westerly slopes and likely crossloading on North and South
slopes.

Sun and warm temperatures have been impacting the snowpack and breaking down
the structure turning the upper layers of new snow to very wet snow with the
melting. 2 New Glide cracks have formed on South aspects and one released to
the ground D-2+ just south of Devils Pass. A fist full of snow just dripped
water on the surface layer. Classic Spring conditions with avalanches in the
afternoon expected with additional problems caused by windloading on South and
West aspects. 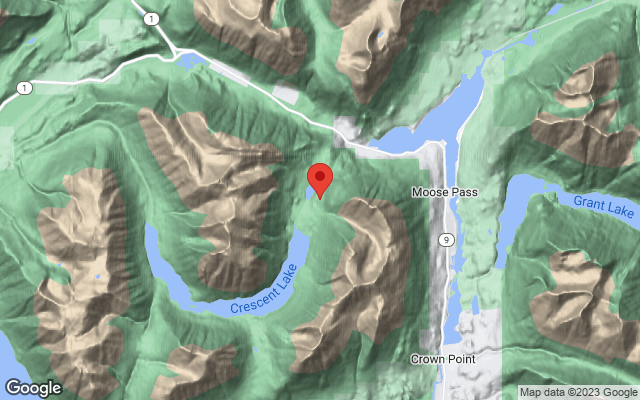