Went to Summit Ski Hill/Tenderfoot today. Cloudy/snowy conditions persisted
throughout the day, even though on multiple attempts the sun tried to break out.
Strong wind throughout the day caused the group to stop short of tree line on
first ascent to stay out of the wind. While ripping skins, another skier (not
in our group) came onto the slope we were next to and initiated a shooting crack across
the slope (see photo). Group was off of the slope and in a safe zone in the
trees when the crack occurred, but went out to investigate as shown in the
photo. Failure was new wind slab that broke ~2 feet down at old snow/new snow
interface.

Stuck to the trees and lower angle slopes throughout the day, with 2 other
instances in the group of short shooting cracks in more open, wind effected zones. 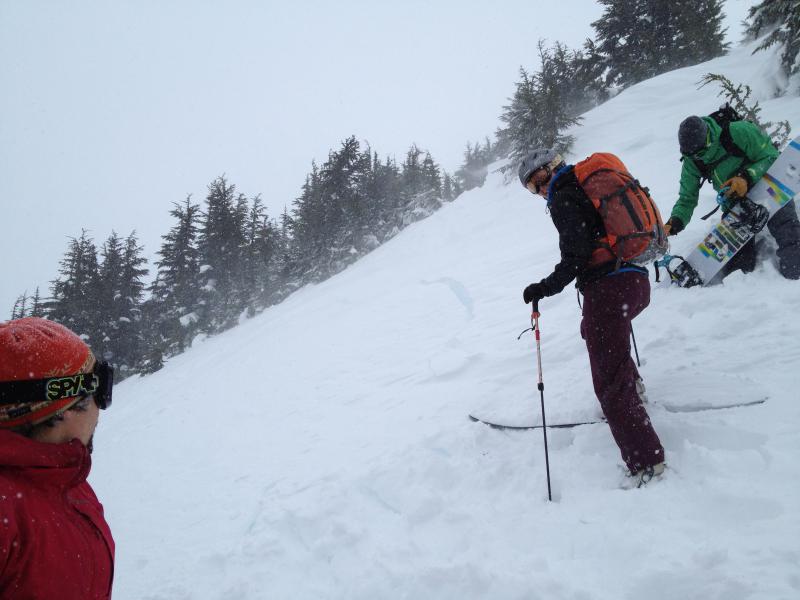 Skier (not pictured) initiated ~40 foot long shooting crack when he made a turn at the top of the slope. Group shown is in transition and preparing to ski. 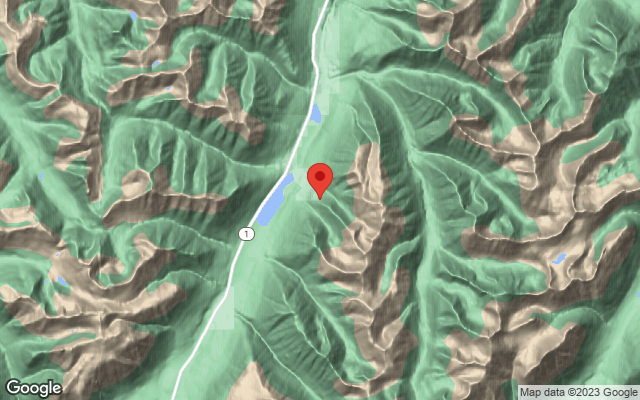