Standard route deviating into the hemlocks to the north to 2050′

Micro drizzle crust over 3-5" of soft snow on a micro melt-freeze crust over soft snow, neither crust impacted ski quality

We saw one small wind slab crown that was most likely from the high winds on Sunday night (1/23)/Monday morning.
Pole probing is a bit disconcerting in this elevation band as they easily drop away under the New Years crust. Ski pen is around 6-8" but boot pen is to the Halloween crust 80 cm down.
We dug at 2050' on an east aspect, 25° slope, HS: 100 cm. The New Year crust was 35 cm down with a very thin layer of small facets (1 mm) on top. CT17, CT18, ECTP16, ECTP14. We also did modified PST on the horizontal set up like an ECT, but 100 cm and got PST 30/100 end. The New Years crust included a thin distinct decomposing ice lens over 25 cm of variable melt-freeze grains interspersed with faceting snow and percolation columns. This was over 20 cm of loose chained facets 2-3 mm (November facets) over the Halloween crust/October snow which went to the ground and was moist. We had CT20 and CT23 at the top of the November facets but ECTX.
After digging pits on Fresno and Colorado at similar elevations in the last month, this seemed to be slightly shallower and weaker. 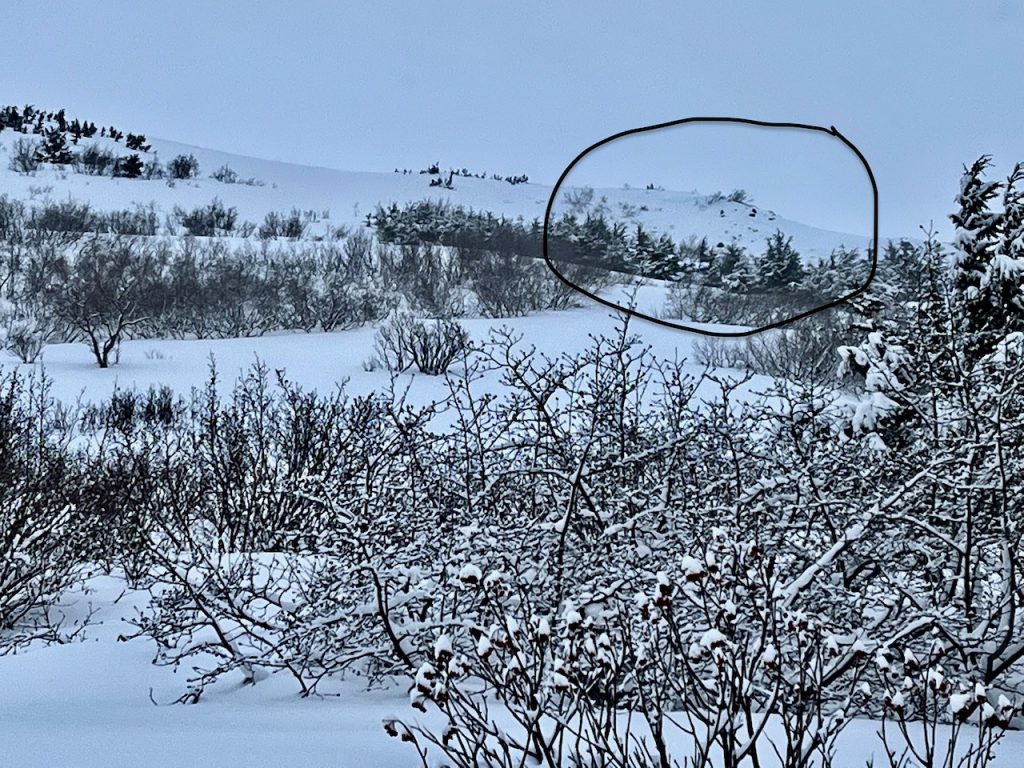 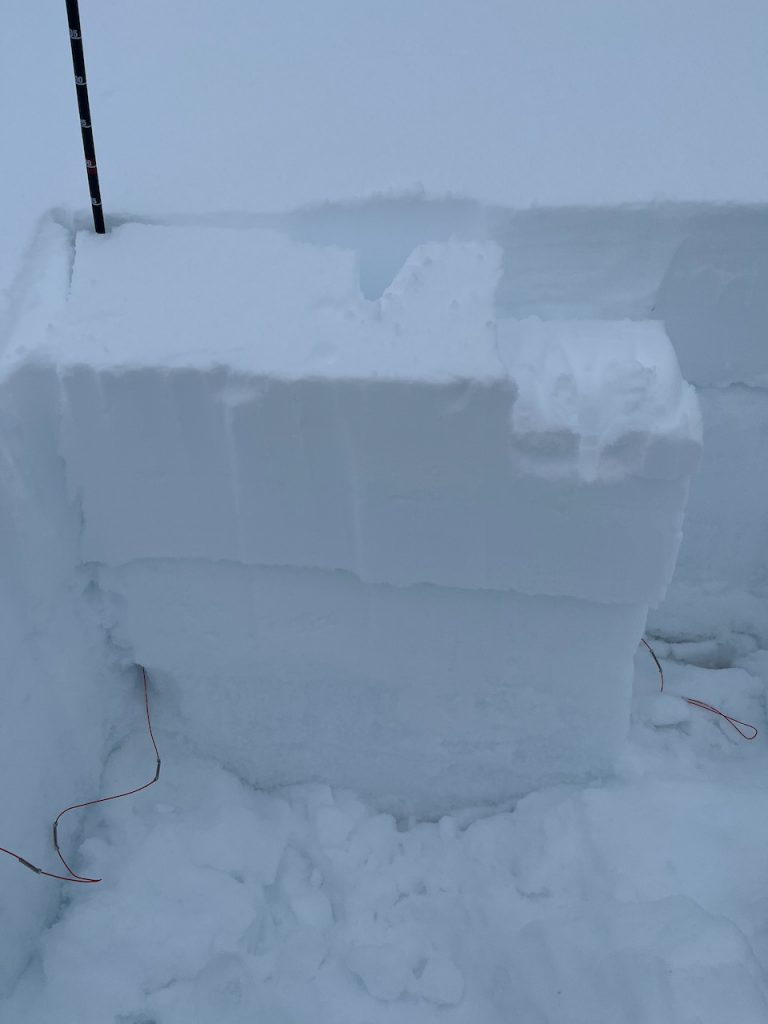 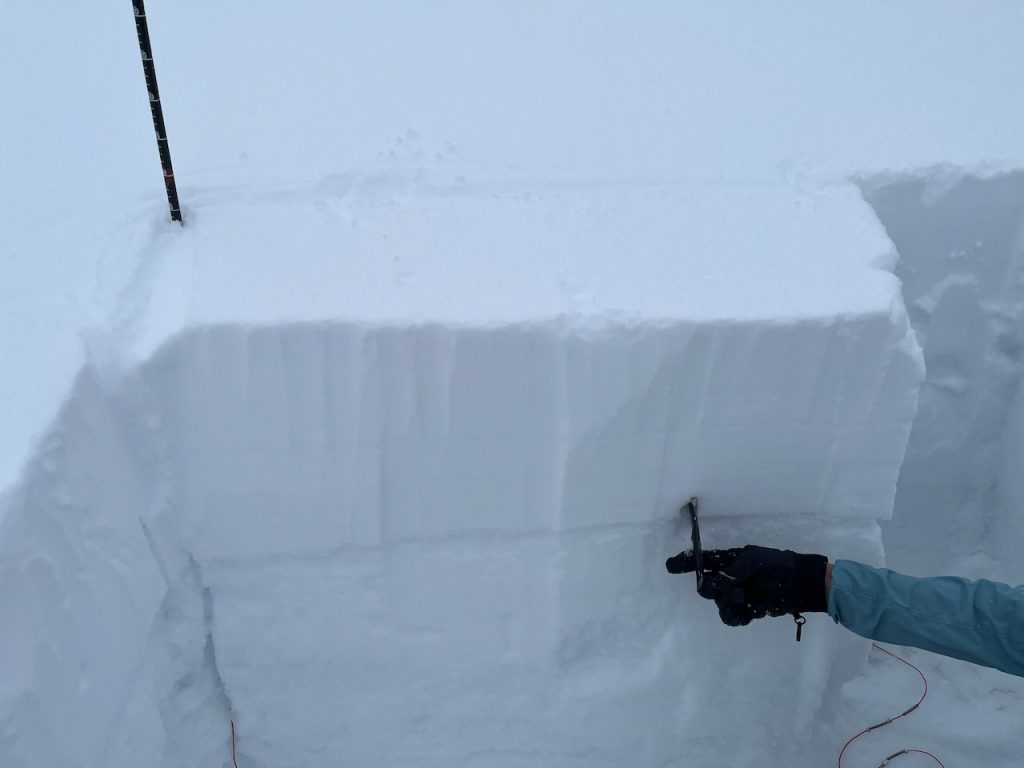 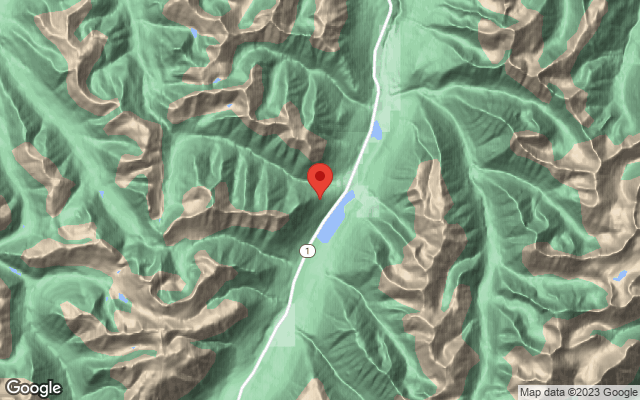