Weather & Snow Characteristics
Please provide details to help us determine the weather and snowpack during the time this observation took place.
Snowpack

Extreme spatial variability is the story in Summit at tree line elevations and above. Pits revealed snow pack depths ranging from 60-160cm with similar layering trends in all pits but widely different results in pits within 40 feet of each other. In general, the trend is about 30-45 cm of recent lighter density unconsolidated storm snow interfaced over denser and older mid-Jan snow (sometimes with a thin crust between the two) with poor bonding between the two. The new snow is light and inconsequential unless in steep terrain.

Deeper down, the mid-Jan snow shows improving bonding to the early season high pressure wind crusts, BUT, this bonding is still variable. Our pits failed to show any reasonable trend, with some pits failing at this layer on isolation, and other pits nearby only failing outside parameters. Shear qualities on this layer also varied from Q1, to Q2/3. The most disturbing find was a dense wind crust found mid-pack on more easterly facing terrain where the mid-Jan snow failed on isolation with Q1 shear. That being said, the mid-Jan snow is squared, dense, but lacks cohesiveness. It can be removed from a pit in a nice block but any pressure will collapse the block into loose powder. Hasty pits dug while skinning are really the only way to track what is going on below, as this weak layer is 40-70 cm deep, but easily identified with pole probing. Collapsing is very rare and is typically only forced by repeated jumping.

Bewlow the December wind crust(s) sandwish layers were common, it was difficult to trigger ground failure.
Other thoughts of note: the lack of heavy wet snows in Summit have left a lot of alders standing upright as the snow has fallen around them in the middle elevations. Pits dug at these locations are highly likely to encounter branches etc. Pick where you dig a pit wisely and don't put too much faith in singular results. 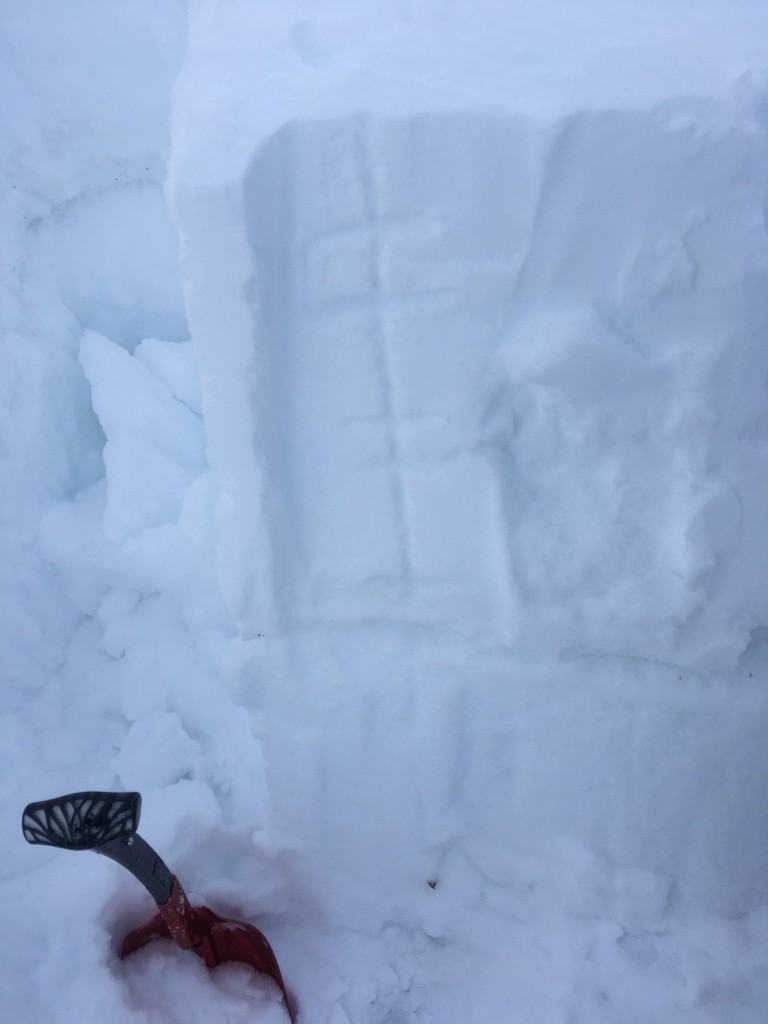 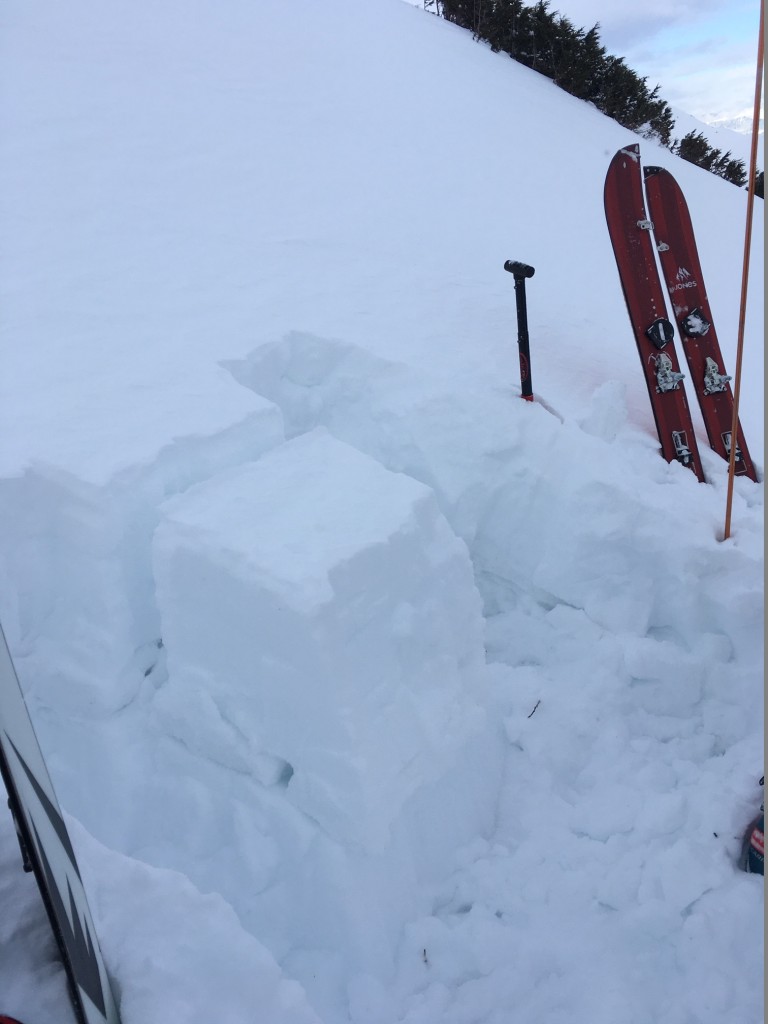 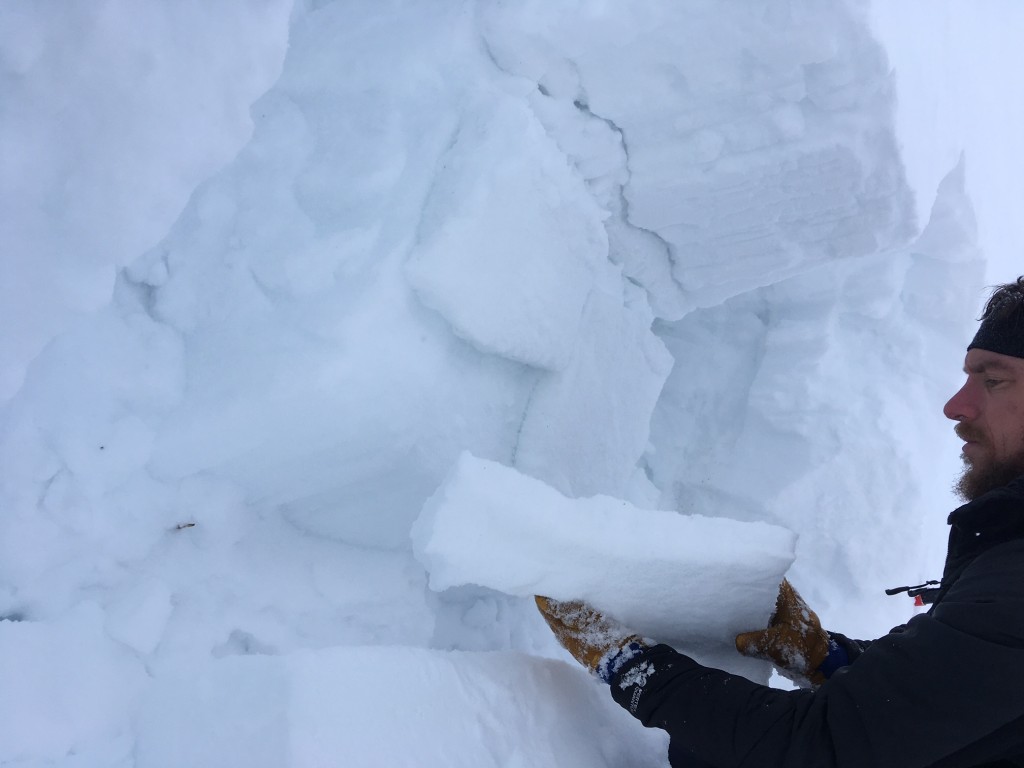 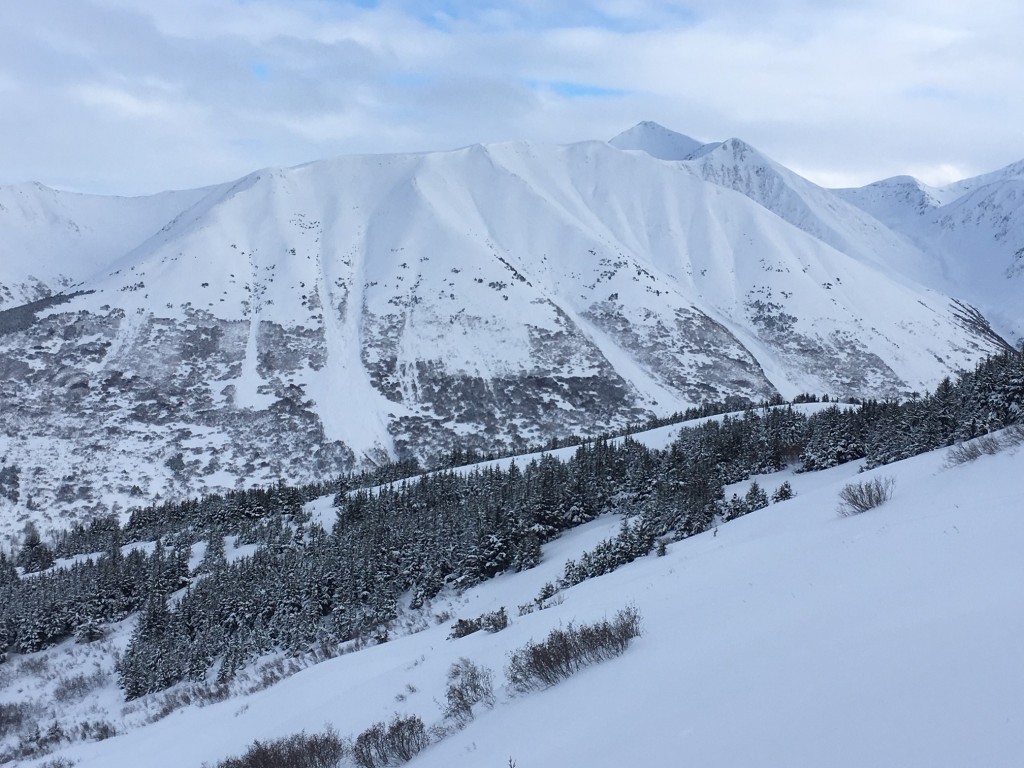 Debris pile on north side of Ravens. One of the biggest I've seen on this aspect in 10 years