Ascended up the SE face of Summit mountain to gain the NE ridge up to 3800′. Skied 3 laps on N and NW aspects in the first back bowl. Skied out via NE ridge to the SE face. Lots of wet loose avalanche activity in the late afternoon on S & SW aspects in Summit Area. Wet loose activity on SE aspect of Summit. Snow conditions ranged from melting snow over supportable crust, knife hard crust, to low density powder.

Temperatures ranged from 37 F to 45 F in valley bottoms and from 28 F to 33 F at ridgetops during our tour from 10:30 am - 7:30 pm.
Winds were calm most of the day with the exception of light NW winds in the afternoon.
Clear skies.
No precipitation.

During our ascent on SE solar aspects we found 2-4" of soft, melting snow over a supportable crust at lower elevations that became knife hard crust on steep aspects at higher elevations. By our descent at 7 pm this has changed to a mostly supportable crust, with melted snow the last 200' to the road.

On N, NE, and NW aspects we found on average 8" of low density powder. Near ridgelines the depth of new snow was as little as 2" and ranged to as much as 1' in wind loaded areas. Despite the wind distribution, the snow was low density and we could not find a slab.

We focused our assessment on what was happening between the new and old snow interface.

N and NW aspects in bowl: The average of 8" of low density powder rested over either: a 1.5" supportable melt freeze crust at the top of the back bowls, transitioning to sitting over a few cms of facets over a breakable melt freeze crust that varied in thickness below 3300'. Pole probing and digging deeper revealed more facet/crust combos to the ground.

SE aspects: 2"-4" of of sun baked snow sits over a supportable to knife hard melt freeze crust. The melting surface snow locks up into supportable crust in the evening. 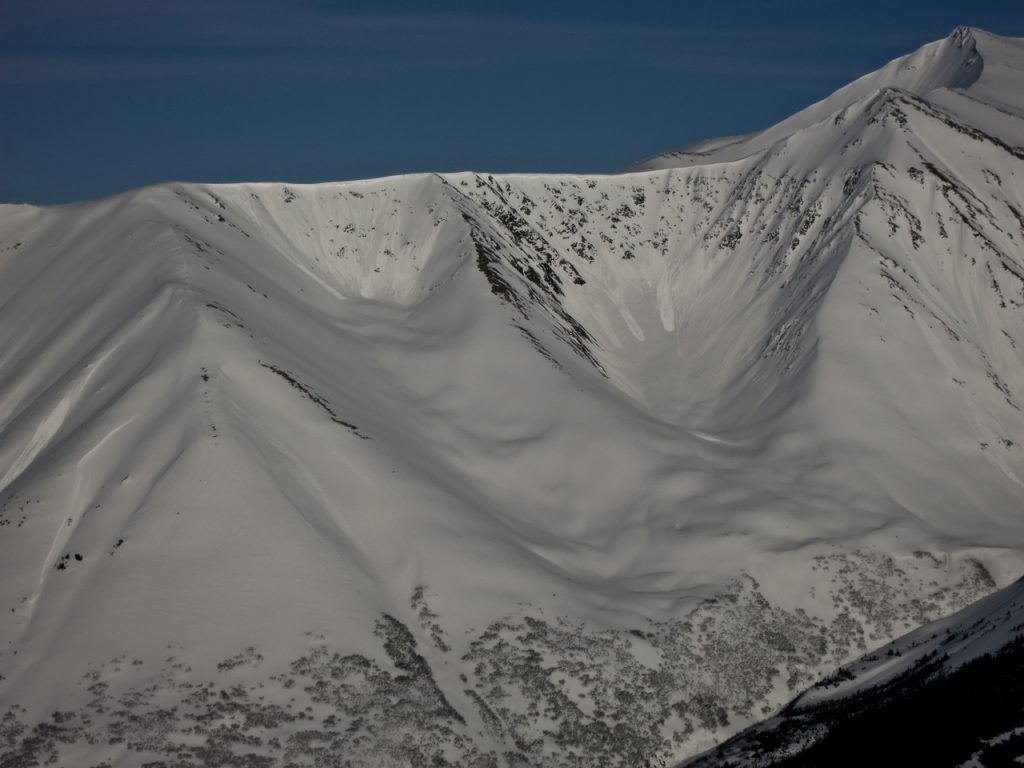 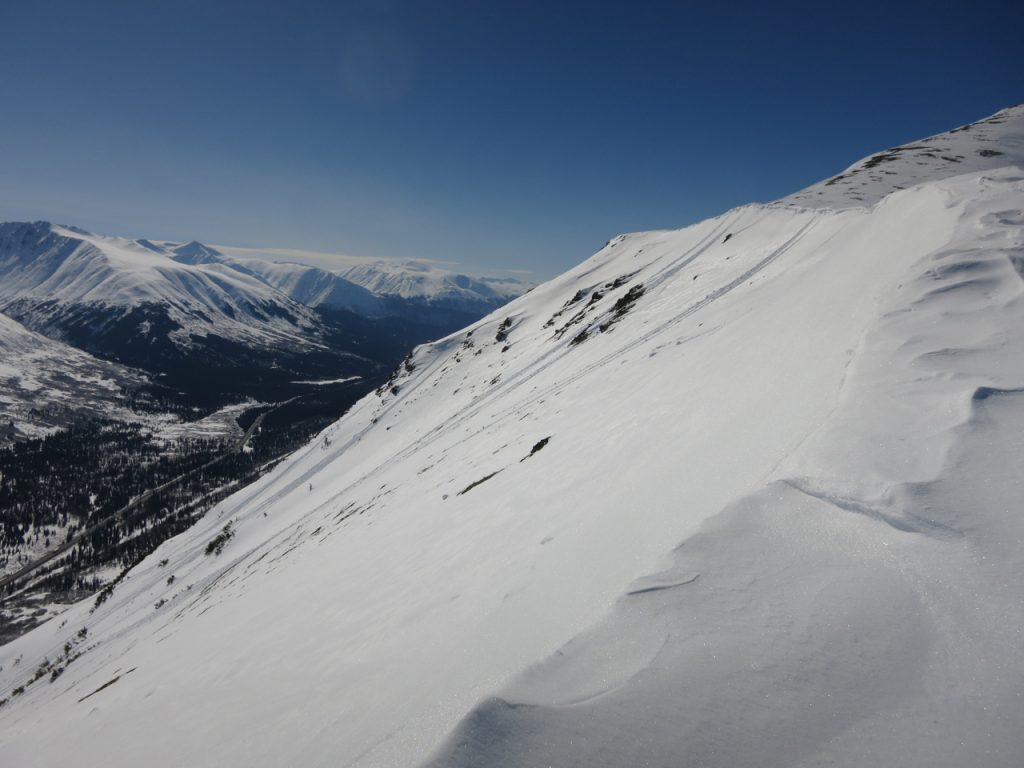 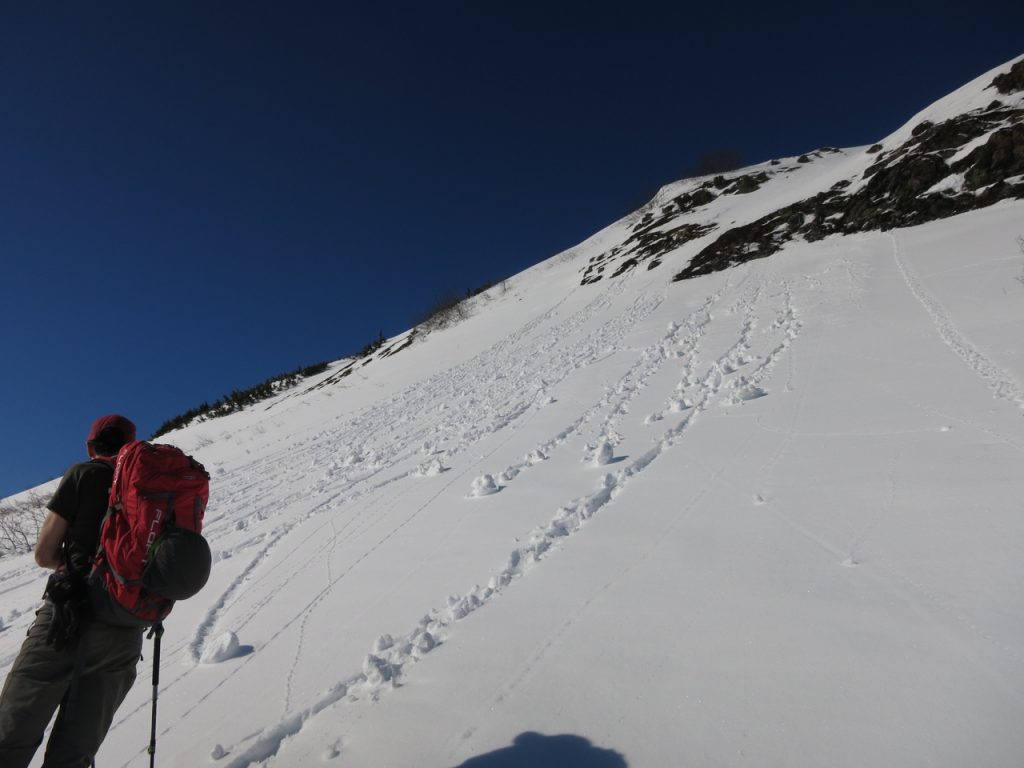 Old roller balls on steep SE aspect triggered from rocks. This area had 2" of melting snow over a knife, hard bullet-proof crust. Ski crampons would have been nice! 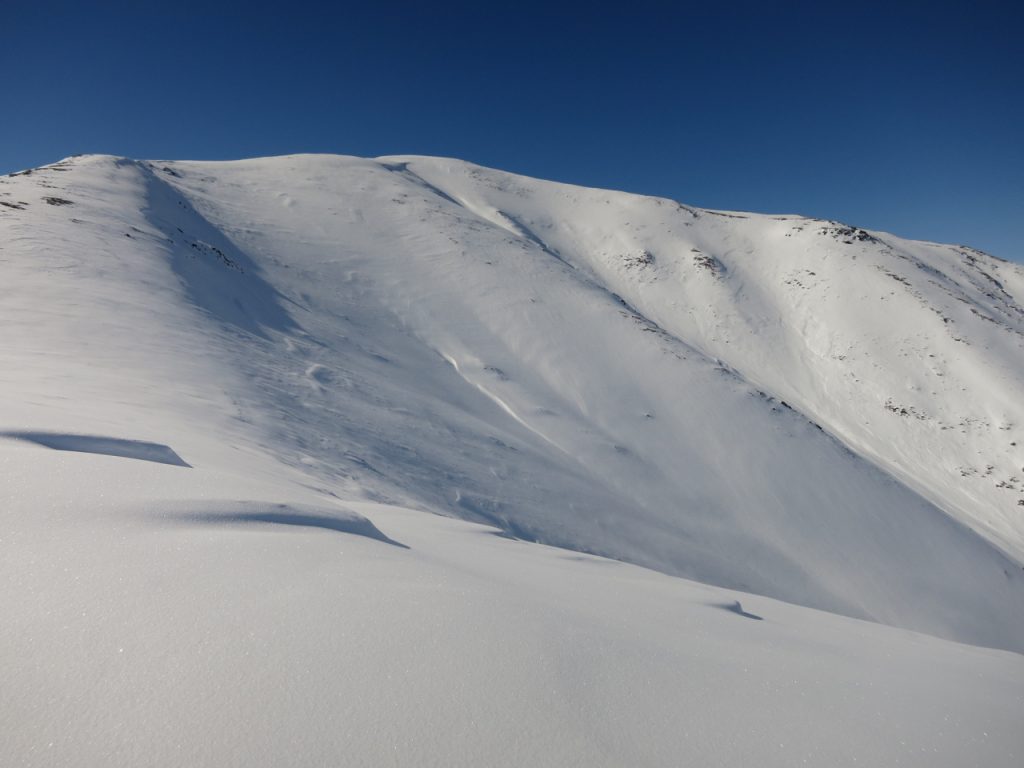 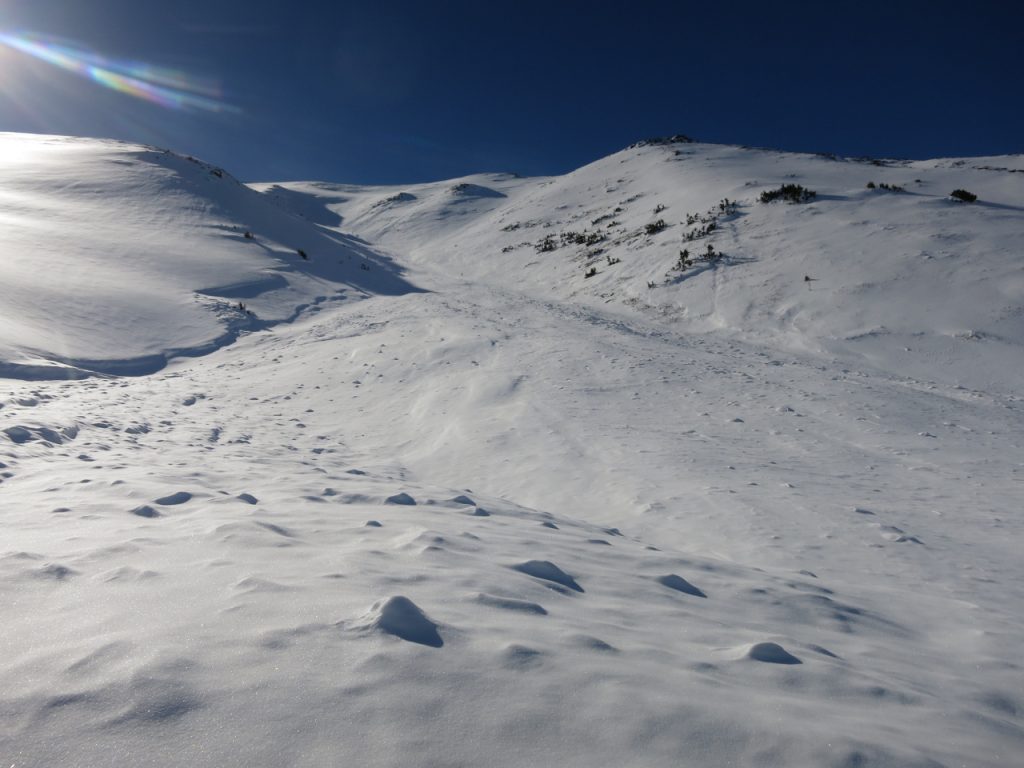 Looking up at the very large natural avalanche reported on March 22nd. Crowns at ridgelines released enough snow for debris to run to the valley bottom. 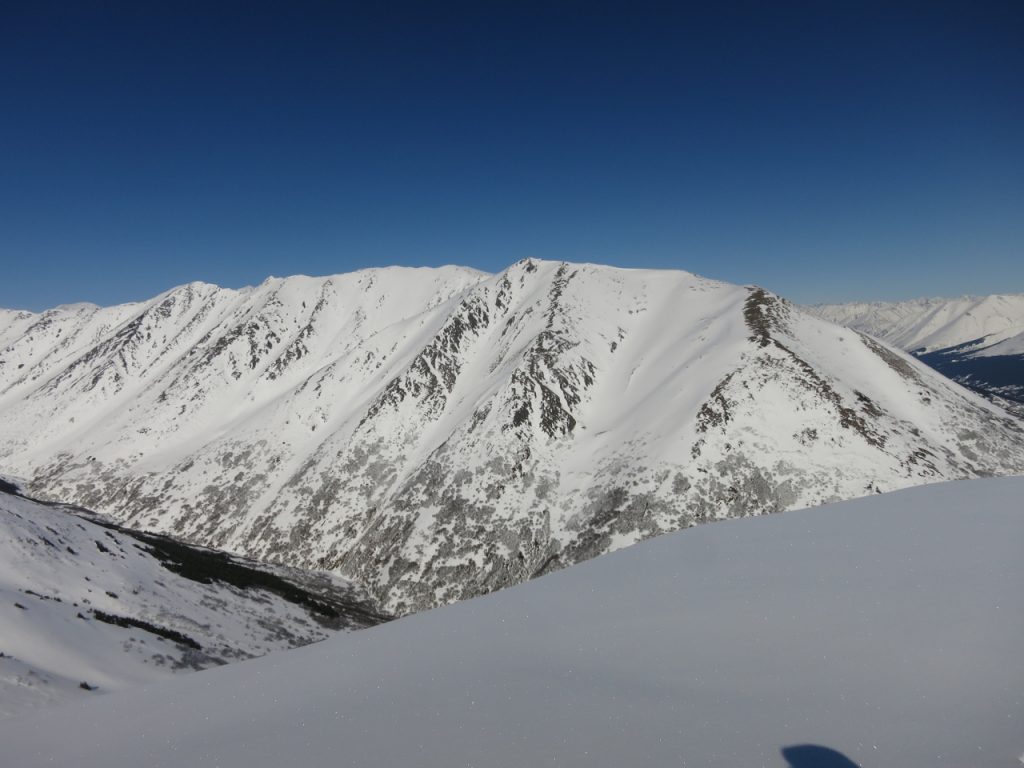 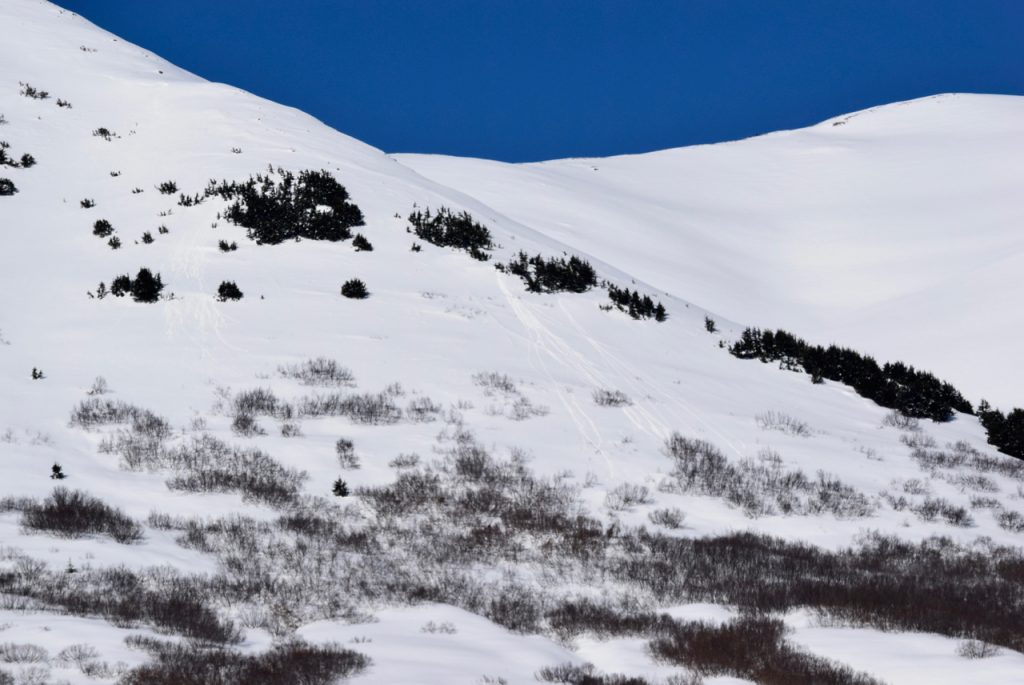 Wet loose activity from previous days noticed on E aspect of Fresno at 10:30 am. 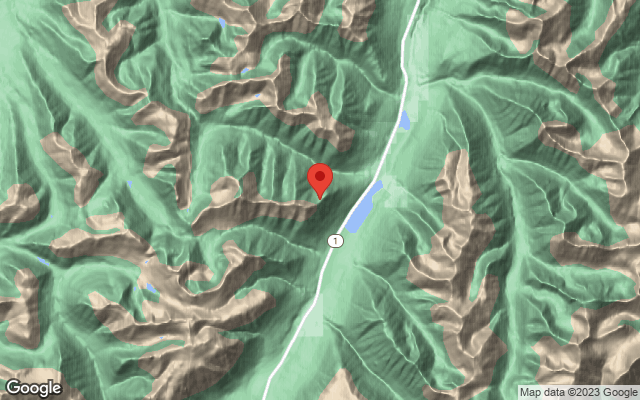