A dozen or so small wet loose avalanches were observed, mainly in steep terrain.
All were running about 50% or less of full paths. Wet loose avalanches that we
observed in big terrain were bigger, enough to seriously injure or bury a person.

Surface obs
The snowpack has taken a beating over the last 5 days! High winds on Sunday
created a wild mix of surface conditions. Tracks that had been laid down prior
to Sunday were exposed and raised above the surface, creating what we refer to
as “anti-tracks” (see photo) 2 days of warm temps has created a wet surface.
The top 5-10cm of snow was saturated between 1,000-2,500’. Travel was
moderately difficult as the snow was supportable in most areas.

Snow below the surface
Today we experimented with using dye to look for how water was moving through
the snowpack. Spraying a mix of water and food coloring onto different size
columns, waiting 10-15 minutes and excavating the snow around the columns was
our general method. This allowed us to pick out where water was moving through
easily and where it was pooling, or collecting. The most consistent result we
had was water pooling/collecting about 5-7cm below the surface. At this
interface there was a visible change in the moisture content of the snow (see
photo).

While our methods were basic and experimental in nature, it was apparent that
this correlated with the primary avalanche activity for the day, wet loose
avalanches in the surface snow.

Water was not percolating down to our more troubling layers-interface between
Feb 7 and newer slab & facets above the Jan crust. There is a lack of
sufficient water moving into those deeper weak layers. Because of this we have
not seen wet slab activity. More heat and/or more rain would increase the odds
of activating one of these layers. 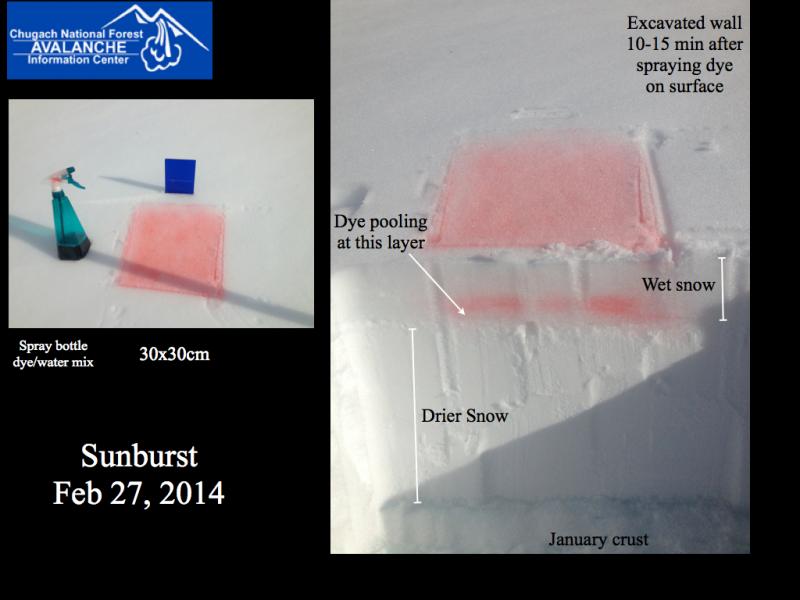 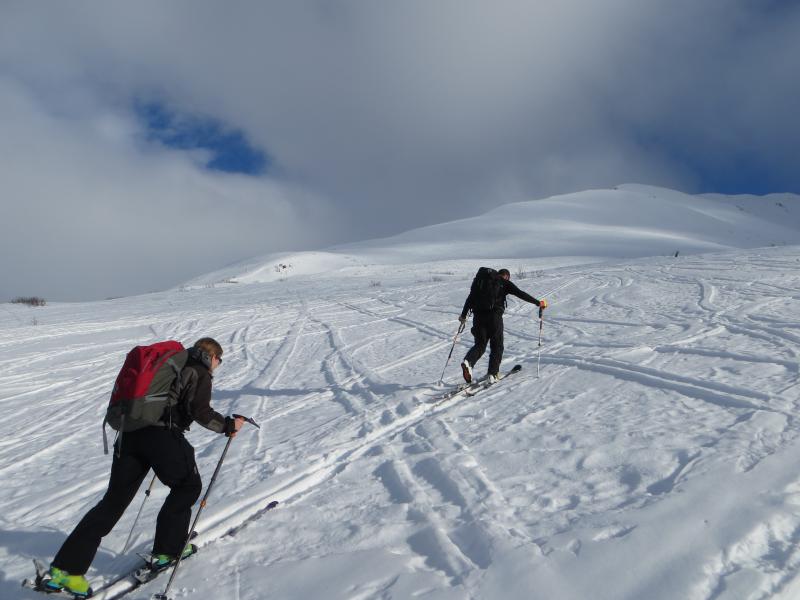 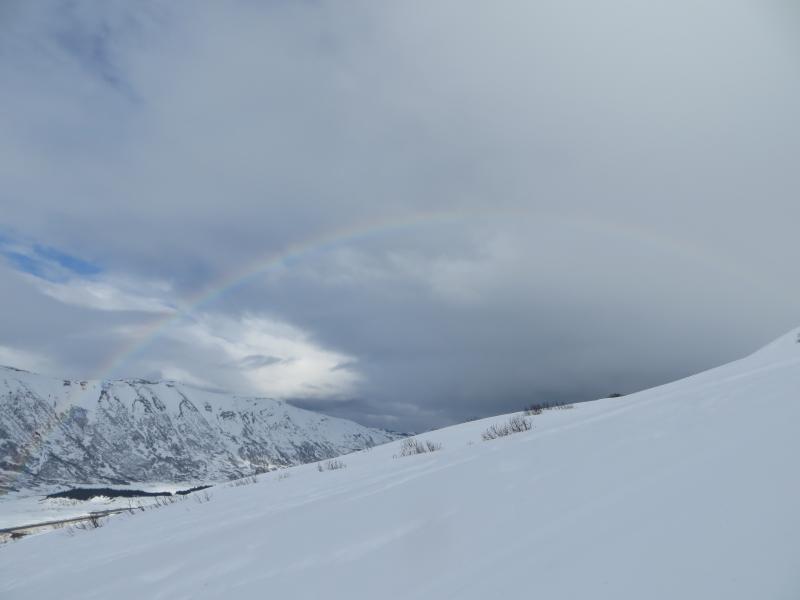