Overall snowpack remains very thin at lower elevations. Above 2000′ 2-3″ of
new snow sits on older faceted snow. Total depth of loose snow is 6-8″ that
sits on crust layer. This loose snow was not bonded well with the ice layer
but did not react while making observation today. No wind slab was found at
2500-3000′.

However on our decent temperatures warmed up dramatically and the sun felt
really hot. At this point the loose snow on the surface felt really wet.
We talked with two skiers heading up Tenderfoot when we got to the bottom.
They skied mainly west aspect but one of them ventured near the South side
of the ridge triggering an avalanche on the loose-wet snow/crust interface.
The avalanche was 15cm deep (6″) but propagated 200 yards wide and ran
approximately 400-500 Meters entraining a lot of area when it went. Watch
for steep slopes and warming temperatures. It seems like it didn’t take
much to tip the scales here. We saw only local sluffing while checking out
the snowpack. Even though it was a shallow avalanche it travelled far on
the crust layer underneath. No signs of instability prior to avalanche by
us or them on Tenderfoot.
After locating the skiers on the slope from the highway making their way
down we travelled over to where they came out. No one caught in the
avalanche, no injuries, and they reported that the avalanche was 15cm deep
no whumphing prior.
Pictures are from the Seward Highway by Summit Lake. Skiers can be seen
descending just after the avalanche. 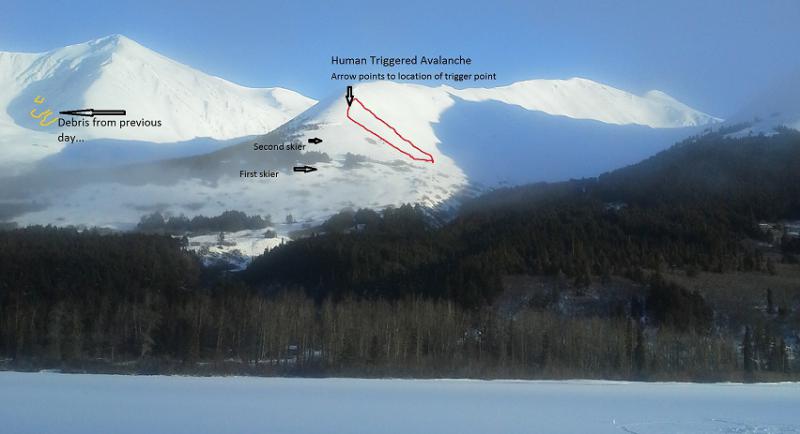 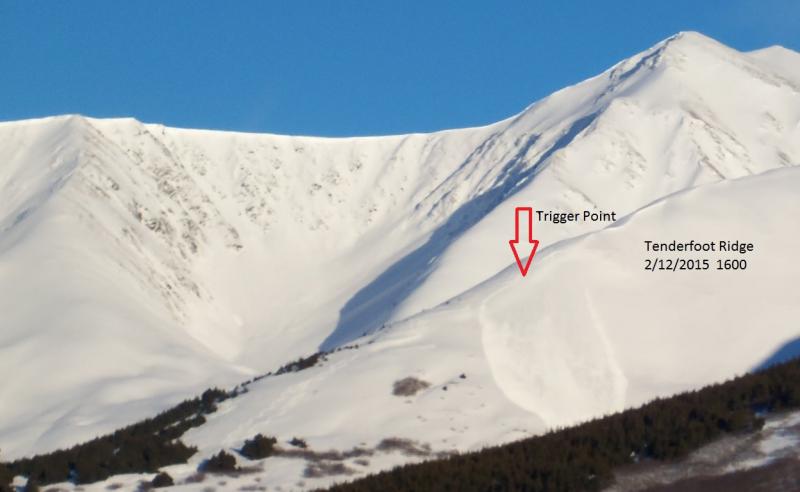 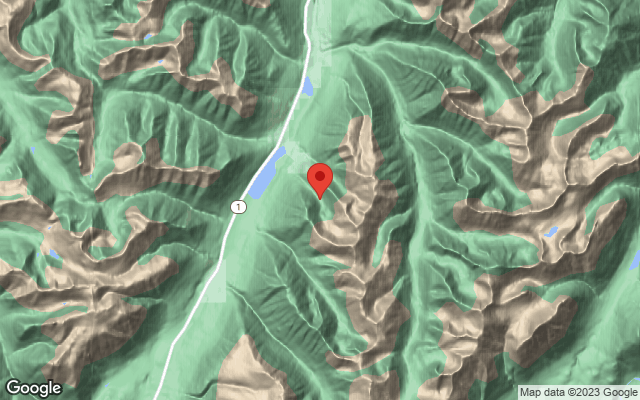