Spent three days this past week skiing in the Summit Lake region.

Tuesday (2-14)
Up Tenderfoot Ridge and up to the top of Peak 4790 under partly cloudy skies
with winds increasing to 20-30 mph as the day went on. In a pit at about
2000′, on a north aspect we found a layer of near-surface facets about 20
inches down, similar to the one described by the folks involved in the
avalanche on Raven Ridge on the 11th. Up higher we found very isolated and
small (5-15 feet across) wind slab pockets that were forming on the lee (SW)
side of the ridge-crest and at lower elevations above treeline in cross-loaded
gullies. These would occasionally crack under our skis with propagations of 5-
10 feet. On the summit of Peak 4790 we cut a few cornices onto the SW face
with no results and thus skied a couple of laps in some great powder. Ran into
pockets of depth hoar among the rocks on the SW ridge during our climb for lap
2.

Thursday (2-16)
High winds and low visibility kept us to lower terrain below treeline on ‘John’
Peak across the highway from the Gilpatrick Ridges. Plenty of wind transport
even below treeline with the skin track (~6 inches deep) filling in between
laps. The top 500 feet we were turning thru a slightly grabby wind-skinned
surface transitioning to soft powder as we descended. No cracking or whumpfing
observed on this face (WNW aspect).

Friday (2-17)
About 1 inch of new snow in the Summit Lake valley. On our way up Fresno we
were sweating under the warm temps and calm winds. Our first pit at about
2000′ on an East aspect we found stable snow with only the uppermost recent
storm layers (top 12 inches) failing on the 25th tap with Q3 shears. In a
second pit near the ridge-crest about 500 feet higher we dug into a 1F to
Pencil hard wind pillow. This stack of wind slabs was bonding well to each
other as we had to pull pretty hard to on the shovel to get any shears. Also
notable was another layer of near-surface facets below the wind slabs very
similar to what I found on Tuesday on Tenderfoot. On the drive back I saw
recent avalanche activity on the slopes above the N side of the highway between
the Hope Jct and Johnson Ck trailhead that included one moderate (D3) slab that
slid close to 2000 feet as well as 2-3 smaller crowns (D2) in some cross-loaded
gullies. 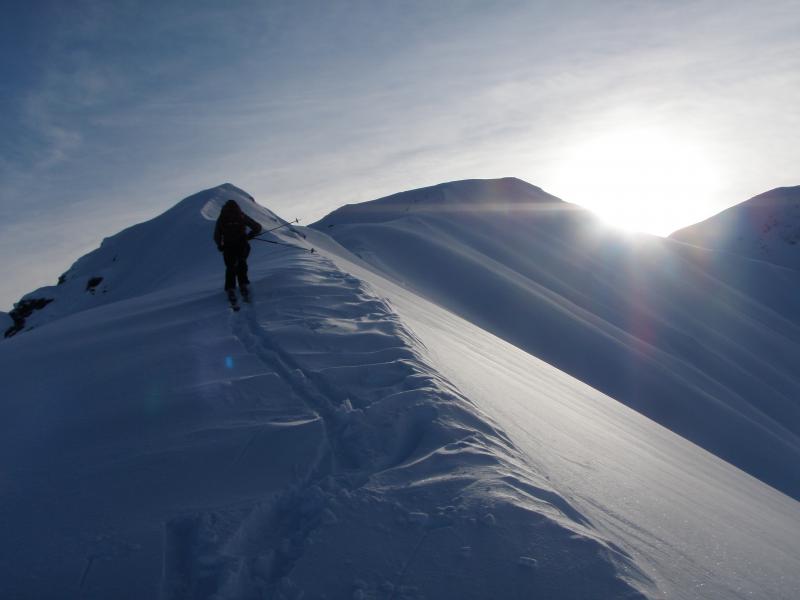 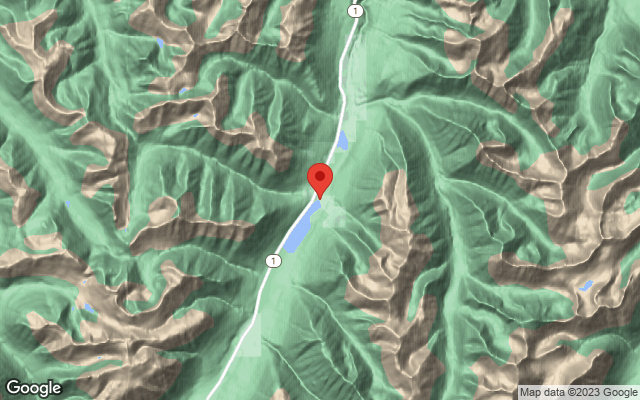