Over the past week only a few avalanches were observed in isolated areas at
Summit Lake. Debris from a small avalanche below a rocky area on a West aspect
was observed today. An avalanche 2 miles north of Manitoba in the Roaring
Brook area which appeared to have a fracture line 2-3 feet deep but debris was
not seen due to distance and flat light. (This avalanche may be older, was hard
to determine in pictures). Outside of Summit Lake on Sheep Mountain at MP 19
on the Seward Highway a moderate size avalanche came down from upper elevations
and went to the alder line (D-2) observed on Tuesday.

Snowpack:
In general the snowpack at Summit remains very thin with 5-8″ of low density
snow at lower elevations and wind-swept thinly covered slopes at higher
elevations. There are isolated areas of snow depth of 2-3′ at upper elevations
in gullies and protected areas.

Weather:
Today: Cloudy with light snow at times with no snow accumulation.

Fresno: Temperatures at upper elevations have been in the mid 20’s. Winds were
light and increased in the afternoon out of the N-NE 10-15mph with a peak gust
of 27mph. (No wind loading was observed today at Summit Lake.)

See pictures below of avalanches at Summit Lake and general snow coverage. 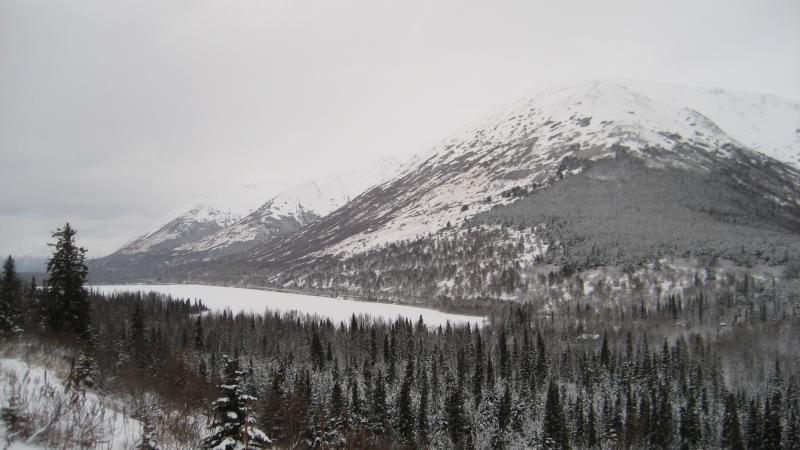 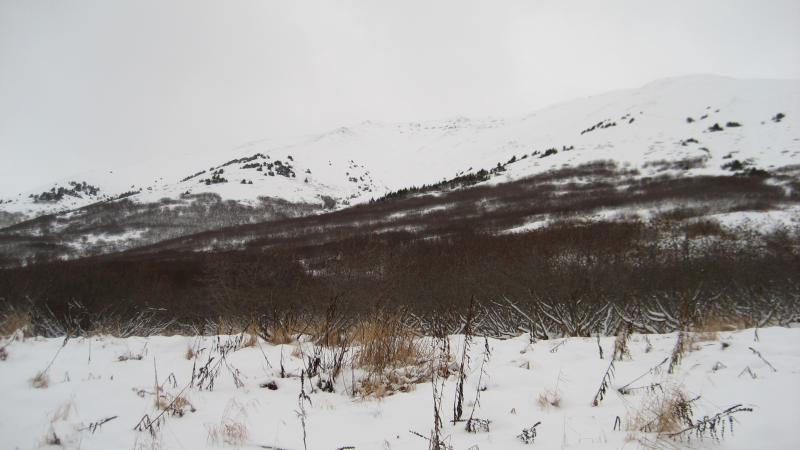 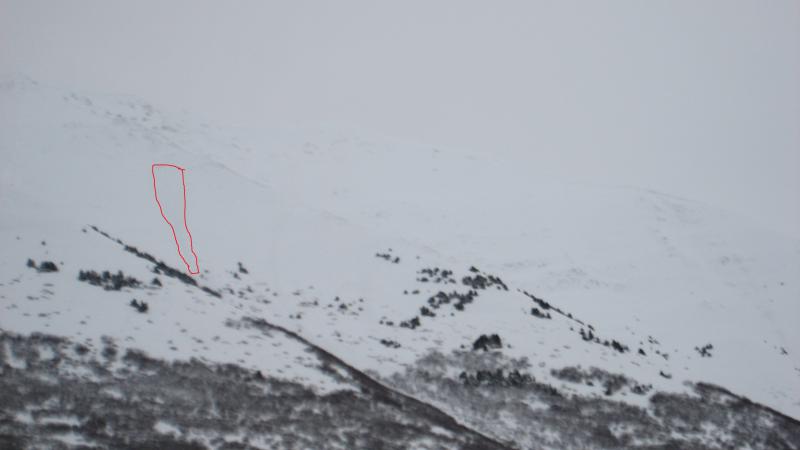 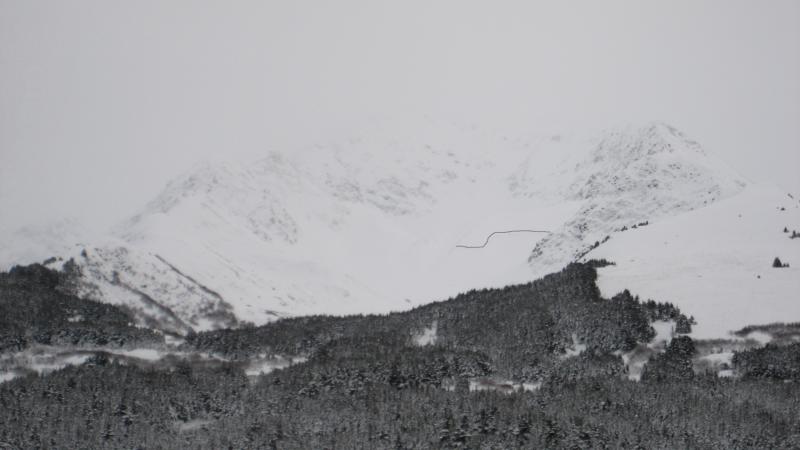 Lower Elevation Avalanche in Roaring Brook Area (2 Miles North of Manitoba)..this one could be older 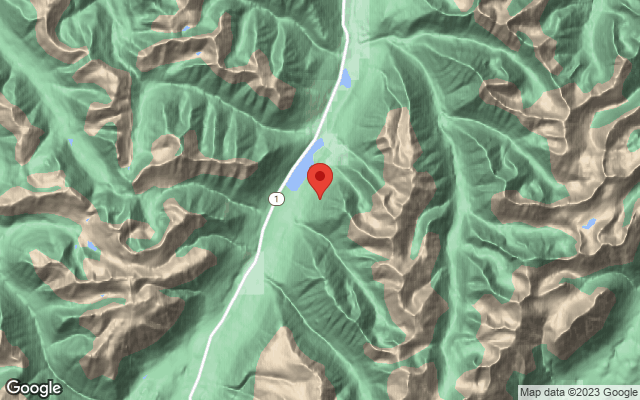